Raeburn: “Eco-fashion will change the world”

Just like his father, an emergency service officer, Christopher Raeburn also plays the same role in the Fashion industry. He has undoubtedly contributed to the industry in achieving sustainable development goals, not only talking about it but even implementing it in several aspects. 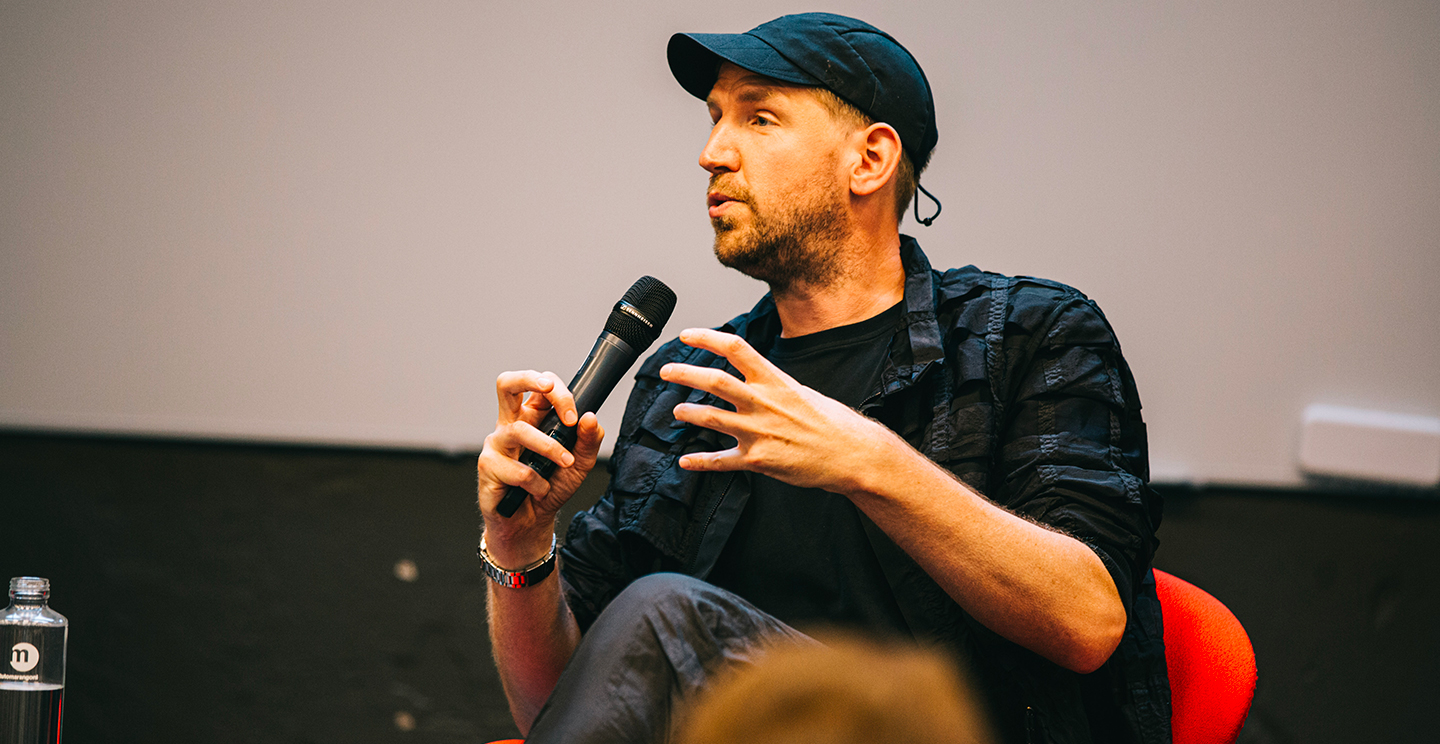 Born in 1992 and one of three siblings, he grew up in Kent. He wasn’t so lucky to have a mother working in design or a grandma teaching him the stitching; however, he took inspiration from his early childhood, from a sleeping bag bought by his dad when Christopher was 5-6 years old. He was really fascinated by this object: it had sleeves and a hood and would protect him from harsh climatic conditions. The sleeping bag’s functionality is got him so attracted to design. He then studied menswear at the Royal College of Arts, where he developed his first collection using parachutes bought on eBay; it was only after 2 or 3 years that his work was presented to the public at London Fashion week. He took up as many part-time jobs as he could: working in bars, selling ice cream, mounting cycles, before understanding how manufacturing works. 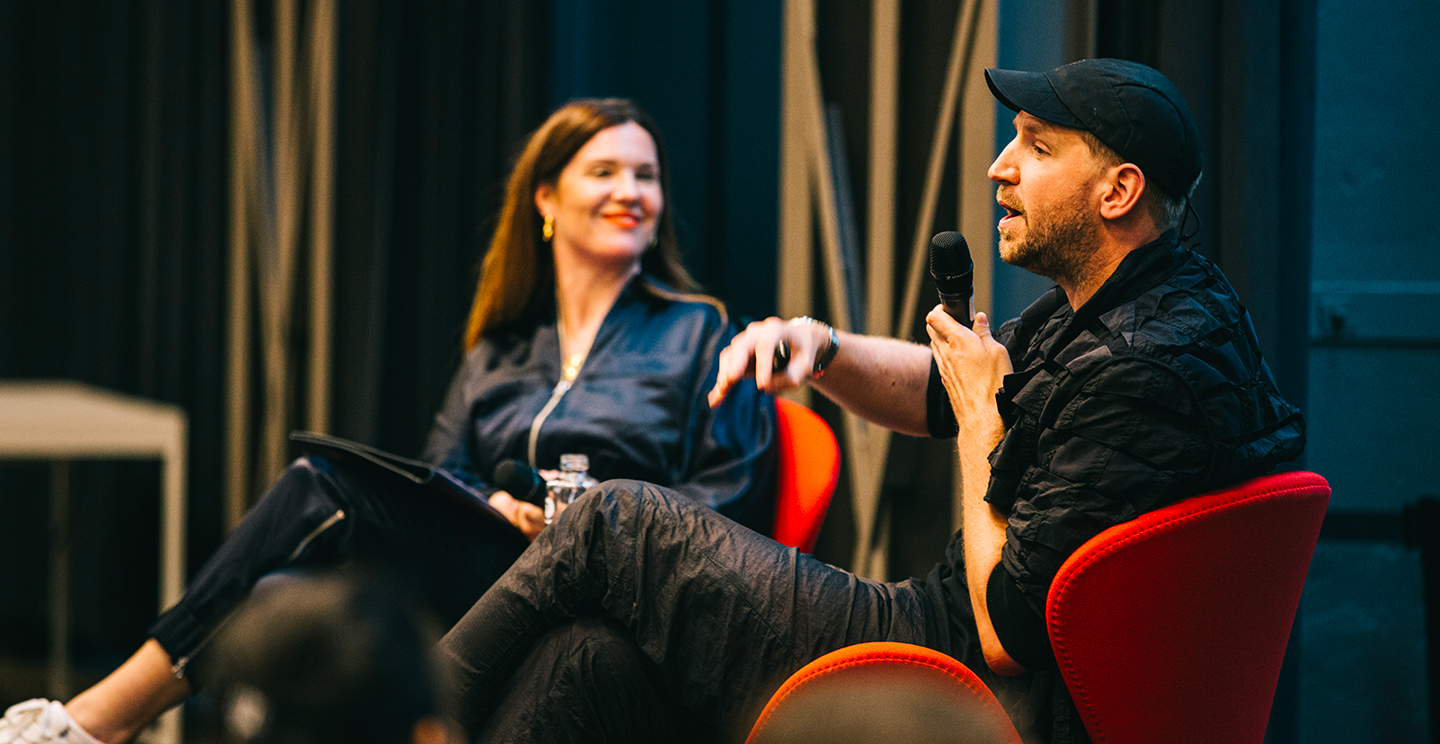 In 2009 he started his own company Raeburn focusing on waste production, and he followed these 3R’s: Raemade, Raeduced and Raecycled. Christopher Raeburn has laid out his eponymous image with an efficient and wise style plan addressed to a worldwide crowd. The RÆMADE ethos has specifically spearheaded revamping overstocked textures and clothing articles to make distinctive and functional pieces. His company follows the 1% of the initiatives for the planet, helping charities and the environment.

In 2010 he won the British Fashion Award for emerging talent menswear leading to many prospects and collaborations with MCM, Fred Perry, The North Face, and Monclear.

In 2015 he was awarded best emerging designer at the GQ Men of the Year awards.

Then, in 2018 Christopher was appointed global Creative Director of Timberland, and he worked to improve the sustainability of the brand’s production processes by using materials such as sugarcane and wood.

In more recent times, RÆBURN has been shortlisted for Brand of the Year and Sustainable Store Design in the Drapers Sustainable Fashion Awards 2022.

During his talk at School, he provided valuable feedback on starting up in business. I can relate to one piece of advice in particular, which is to have a different approach: making sure to have stability and a sense of balance between money and time, being organised, and taking up every opportunity. 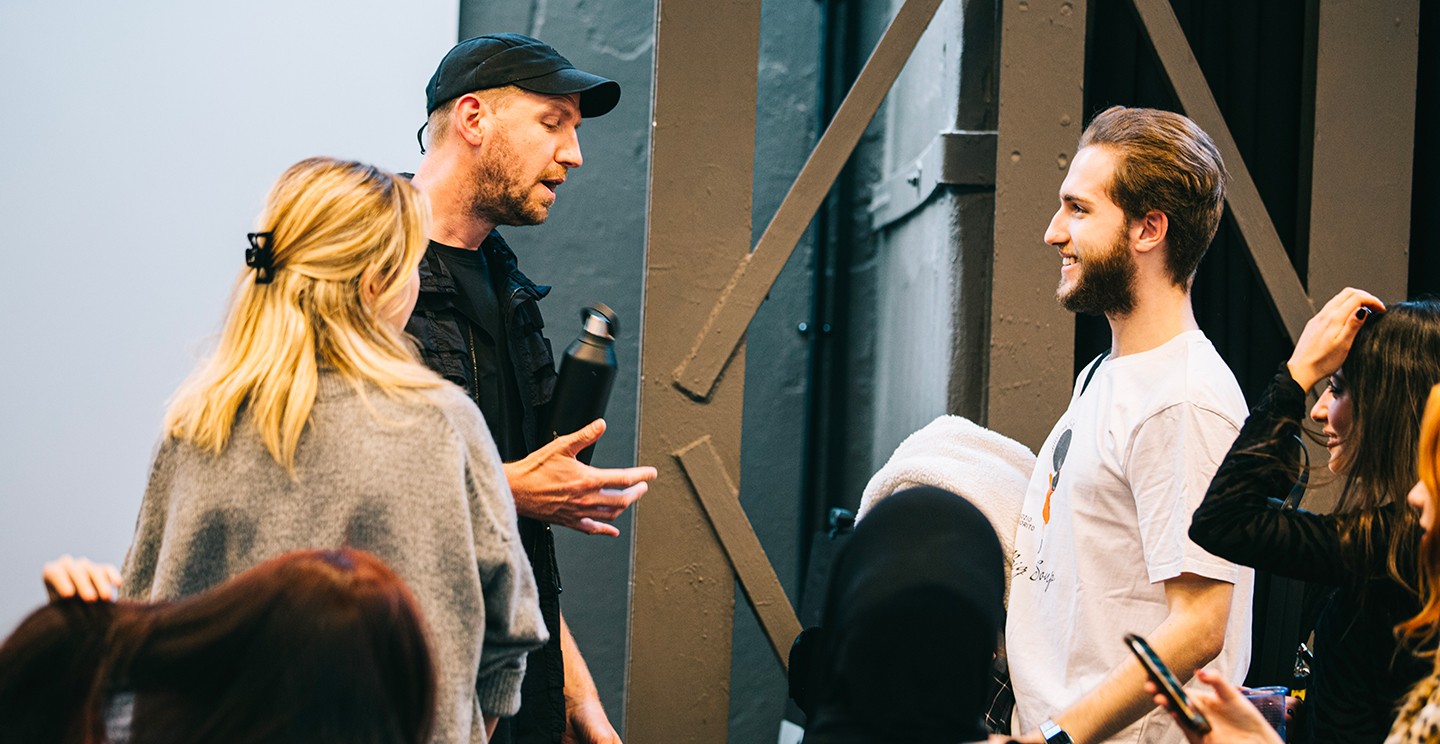 How to be less risk- averse?

This is the time to experiment! you might try 100 times and fail 100 times but that 101st time you will succeed as NASA says.

What’s next for Raeburn?

Remade in England is the next project: keeping on not only with the global expansion of the brand but also with more upcoming artists’ collaborations and finding the right partnerships.

Does Metaverse have a future in Fashion?

Yes! Massive fashion which I grew into is a completely different world compared to yours (the world of today’s students, Edn). It’s a yin-yang approach. While metaverse is an exciting platform where you can present complex productions with a “real” appreciation of art which makes things physically.

How did you get into technical Fashion?

I love Technical Fashion. During the study period, I was given a uniform and its material was terrible. Later, I found out how difficult it is to source fabrics and how easy it was to get a parachute with the same textile functionality, and that’s how it all started.

Can you tell us some Project you are proud of?

The E20 collaboration is a creative studio space in East London where craft, creativity and community gather. The quote stated in his website says it all:

“Myself and the team are immensely proud to unveil this project alongside the fantastic individuals behind Get Living, FutureCity and East Village. Since the formation of RÆBURN on Fish Island, Hackney Wick back in 2009 we've always been about innovation, inspiration and collaboration, and The Lab E20 has allowed us to truly bring those values to scale; resulting in a meaningful space for all creative thinkers, alongside a provocation to the industry to reconsider our approach to material use and the merits of waste. We’re all excited to kick off our host of community events and witness the rewards of this special location.”

What we can do when we lack motivation?

He replied: “Discuss with people around you”- when I lack motivation it’s my team that keeps me going. You don’t need to do everything, take your time”. 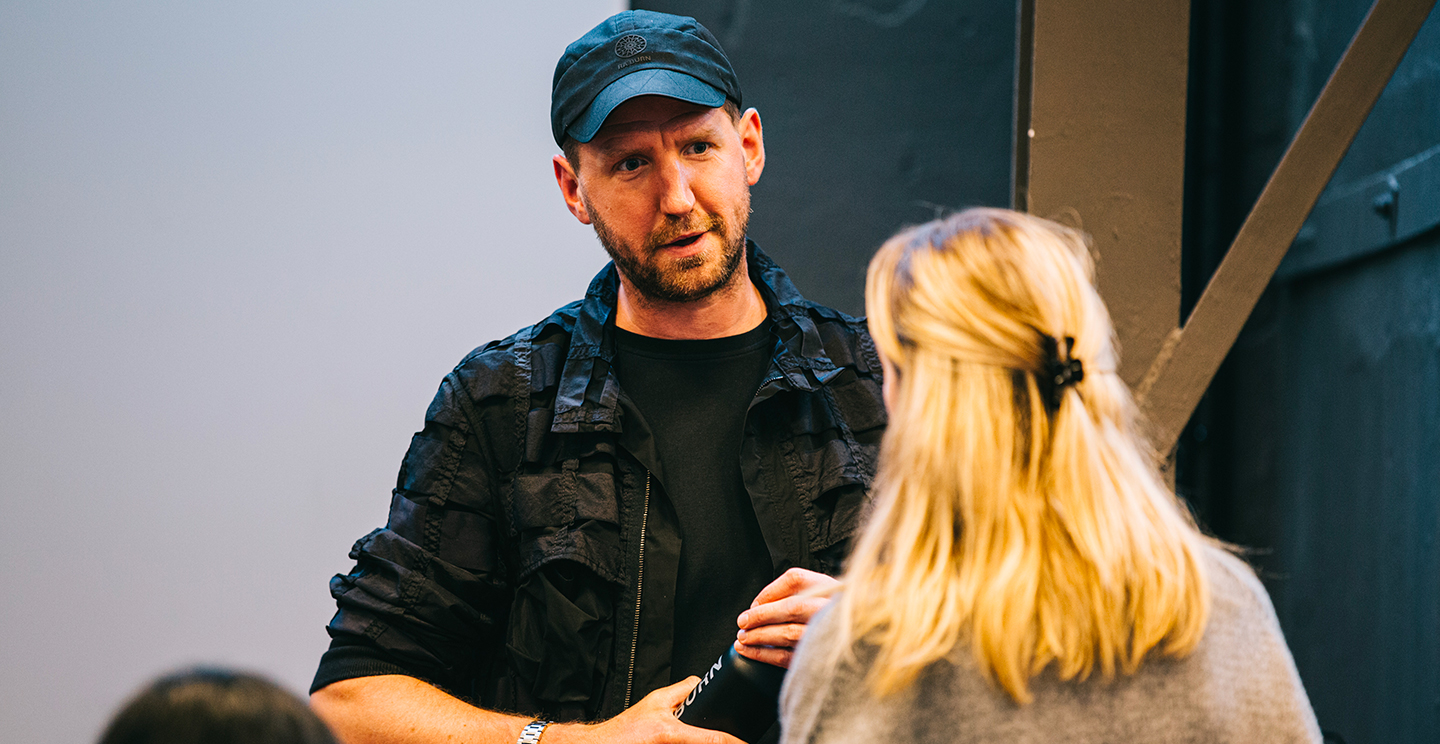