If the future of literature is dependent on film as a conduit through which reluctant readers discover books, then what better introduction to the work of the British novelist Roald Dahl than through the lens of Tim Burton and his 2005 interpretation of Dahl’s Charlie and the Chocolate Factory. 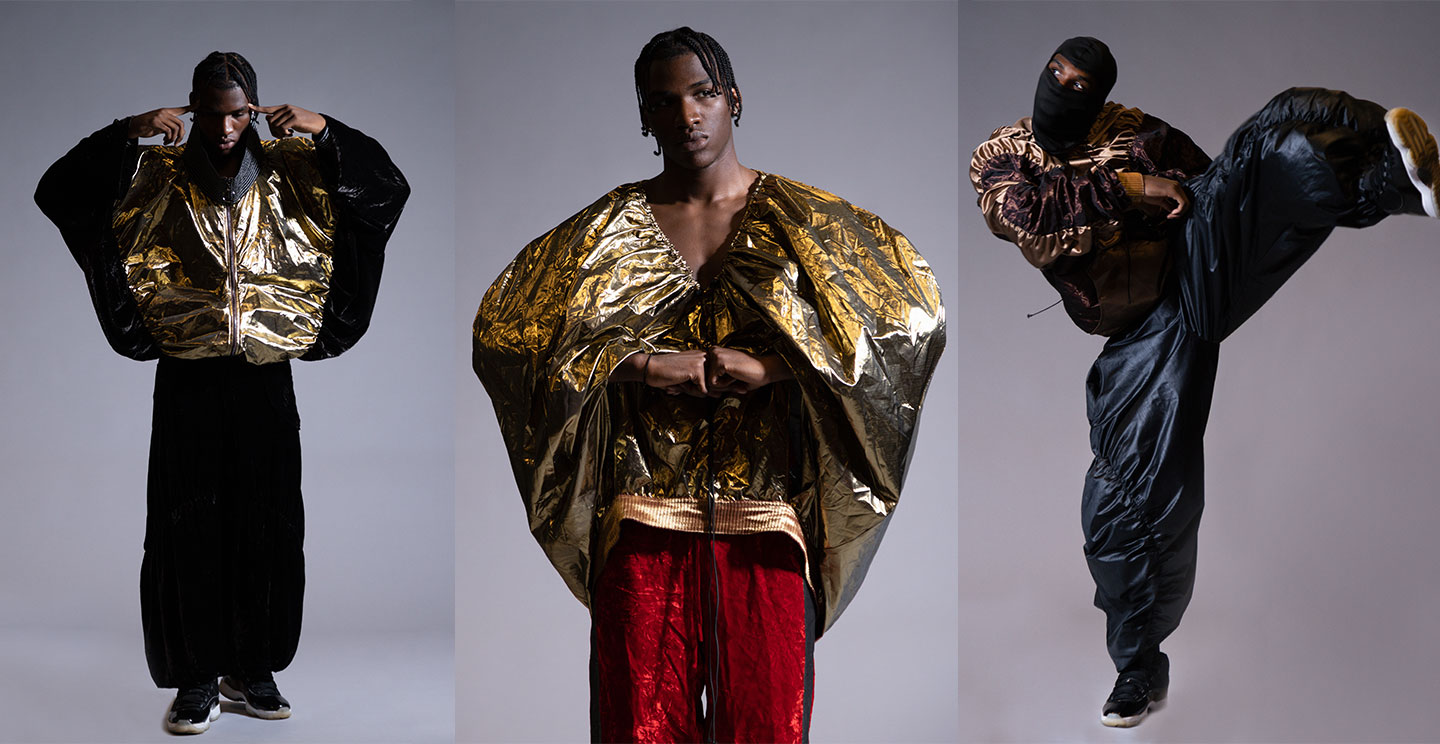 Originally conceived by the author whilst acting as a confectionery tester for the Cadbury company during his school years, the writer eventually constructed a fantastical realm of diverse beings, each hooked on a mix of sugar and cocoa. 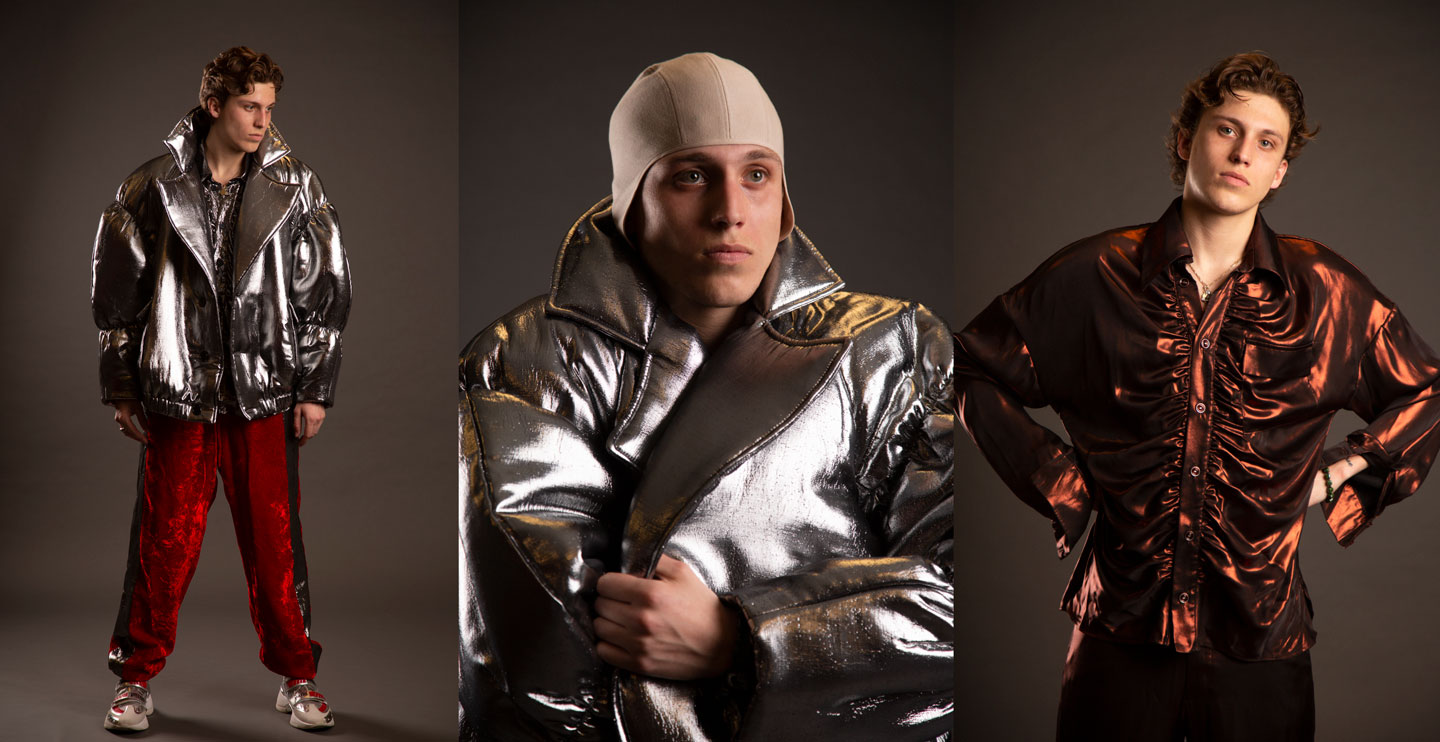 With the controversial Johnny Depp in the lead role of Willy Wonka, the printed word shifted to the silver screen and was made ‘real’ in the minds of Chang’s generation.

For Ian Chang, in his last year at the Istituto Marangoni London campus, the combination of Dahl’s story and Burton’s visualisation, both loaded with metaphors that reference family, childhood and acceptance, provided rich pickings as a source of inspiration for his final collection.

When reviewing the recent crop of BA Fashion Design graduates, Ian Chang’s vastly updated evocation of Willy Wonka’s late Victorian frock coat, which magically incorporated an 18th-century Beau Brummel collar, stood out as a capsule that lent itself to photography.

Using a similar palette to that adopted by the Academy Award-nominated costume designer on Burton’s movie, Gabriella Pescucci, the young London resident pumps up his garments with an artificial yet cruelty-free wadding in (less sustainable) polyester. 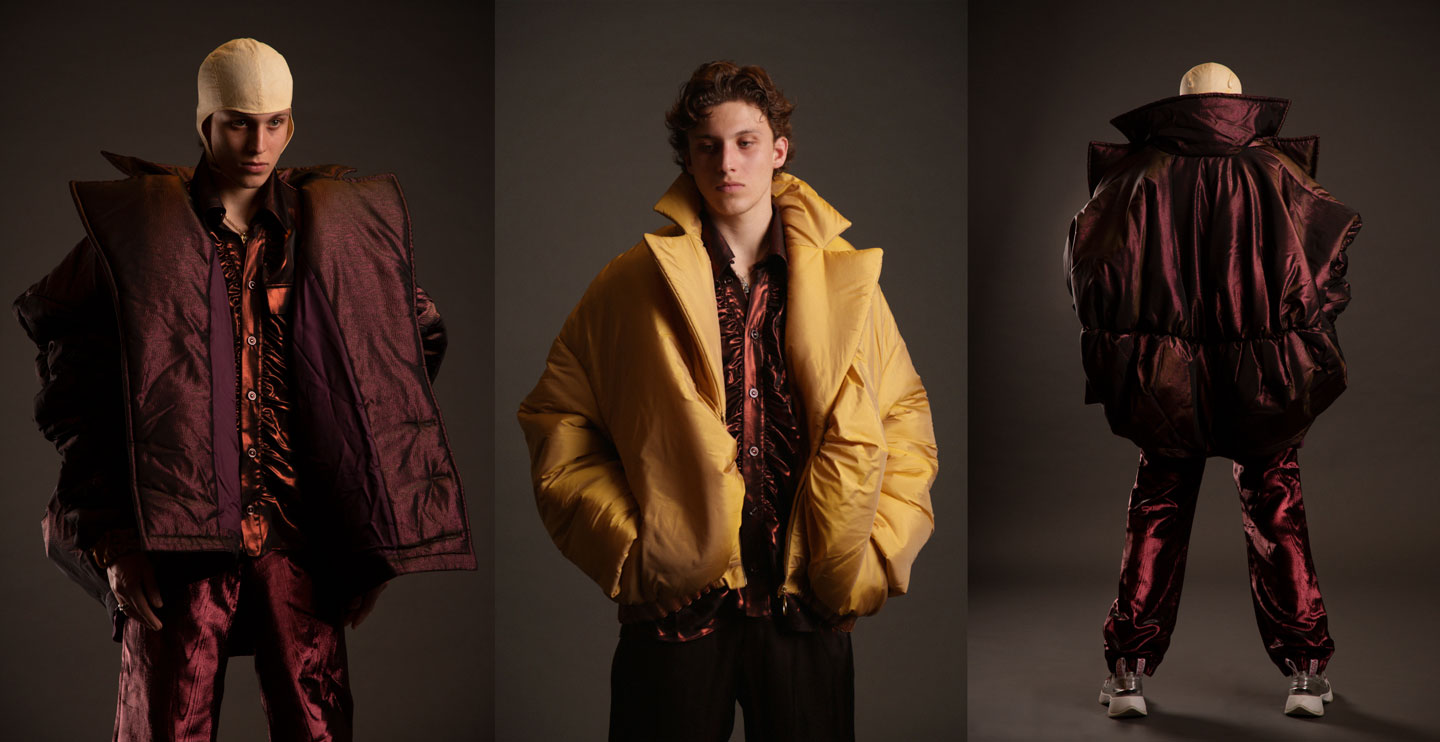 As inviting and luminescent as the candy wrappers they resemble, the young designer sourced the shell fabrics from London’s Berwick Street at the heart of the old garment district.

These genderless and oversized creations hint at the student’s commitment to inclusion and body positivity, and yet this is not just a 3D manifestation of literary and film theory. When worn in the urban environment, we see a selection of ensembles that will attract any Fashion-Week street-snapper from Shanghai to Soho.