Brick-and-mortar stores are set to become real venues. Well, maybe not all of them, but pop-up shops are.

In a post-covid landscape where many of us still purchase online, changing consumer needs drive the fashion industry to rethink physical stores.

How fashion is drawing post-pandemic customers back to physical stores

From Jacquemus to Dior, via Balenciaga and Prada, fashion houses are testing pop-ups for their latest handbags or unique capsules to attract new young customers with a hyperphysical immersion in their world. Best of all, these cool luxury brands are offering them a fun experience. 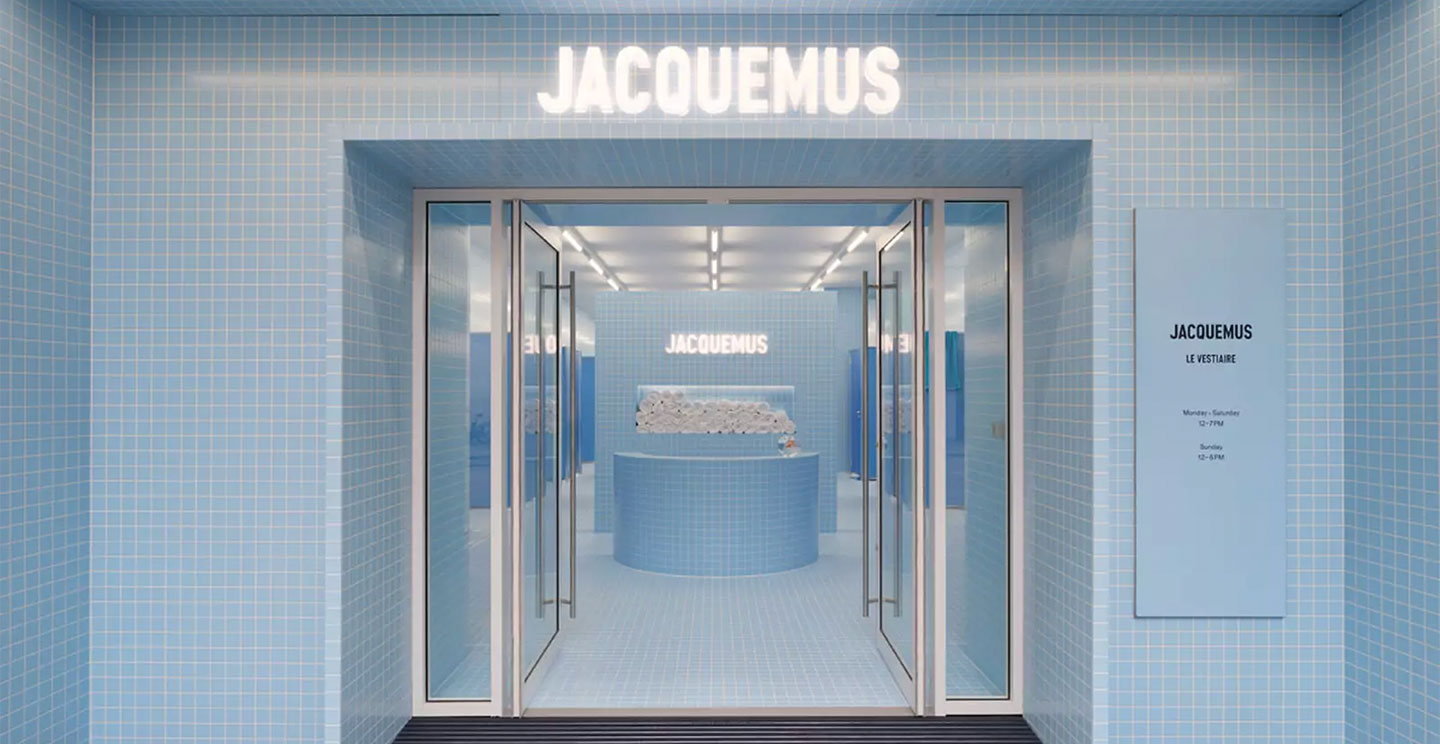 When many of us have not yet fully returned to real-life shopping, marketers and retailers are trying to be increasingly experiential to get even the most cautious – once-loyal – consumers to head back to physical contact with brands after two years of pandemic and online shopping. So, the hyperphysical is definitely a new dimension to explore.

Five-sense hyperphysical retail is fashion’s answer to the metaverse

“Hyperphysical retail at its simplest is multisensory. It leans into the five senses of sight, sound, touch and potentially even smell and taste,” explained Jacqueline Windsor, UK retail leader at PwC. “These pop-ups are a manifestation of that and are in response to the other side of the coin, which is digital and the rise of the metaverse, a parallel universe where consumers can increasingly socialise, work, shop and play.”

One of the most recent examples is Jacquemus 24/24 pop-up stores launched in Paris, Milan and London. After the first two openings – in total pink and blinding white, respectively – went viral on social media during fashion weeks, French fashion designer Simon Porte Jacquemus chose Selfridges for a fun space in splashy blue. He reimagined no less than his bathroom for a retail concept that overloads the senses to playful effect. 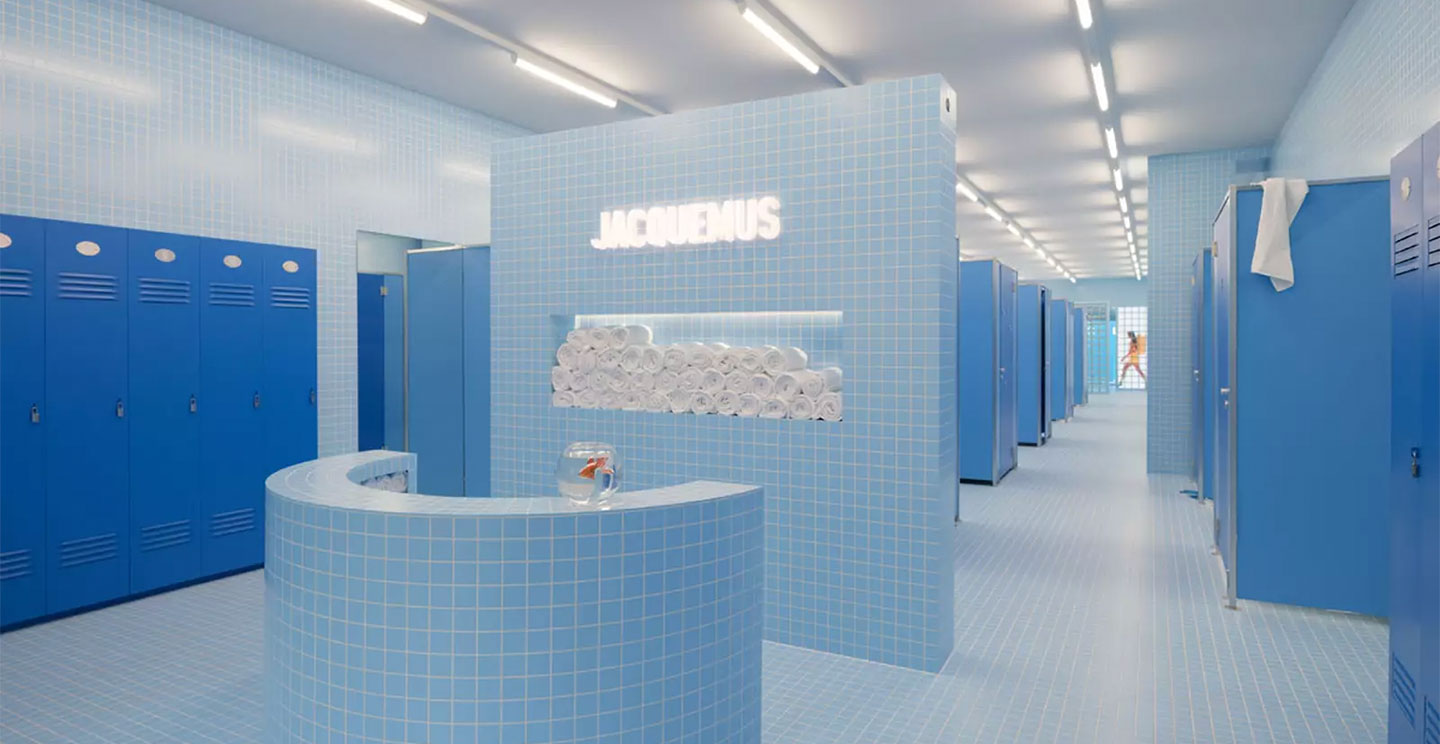 Jacquemus’ walk-through installation at Selfridges has been designed as if it were a Marseilles bathhouse peddling fashion, homeware and accessories.

Le Bleu – this is the name of the pop-up in the creative space of the British department store called The Corner Shop – features an edit of the spring-summer 2022 Le Splash collection shown in Hawaii in March alongside a selection of exclusive hoodies, T-shirts and towels and the brand’s Marseille je t’aime photography book. 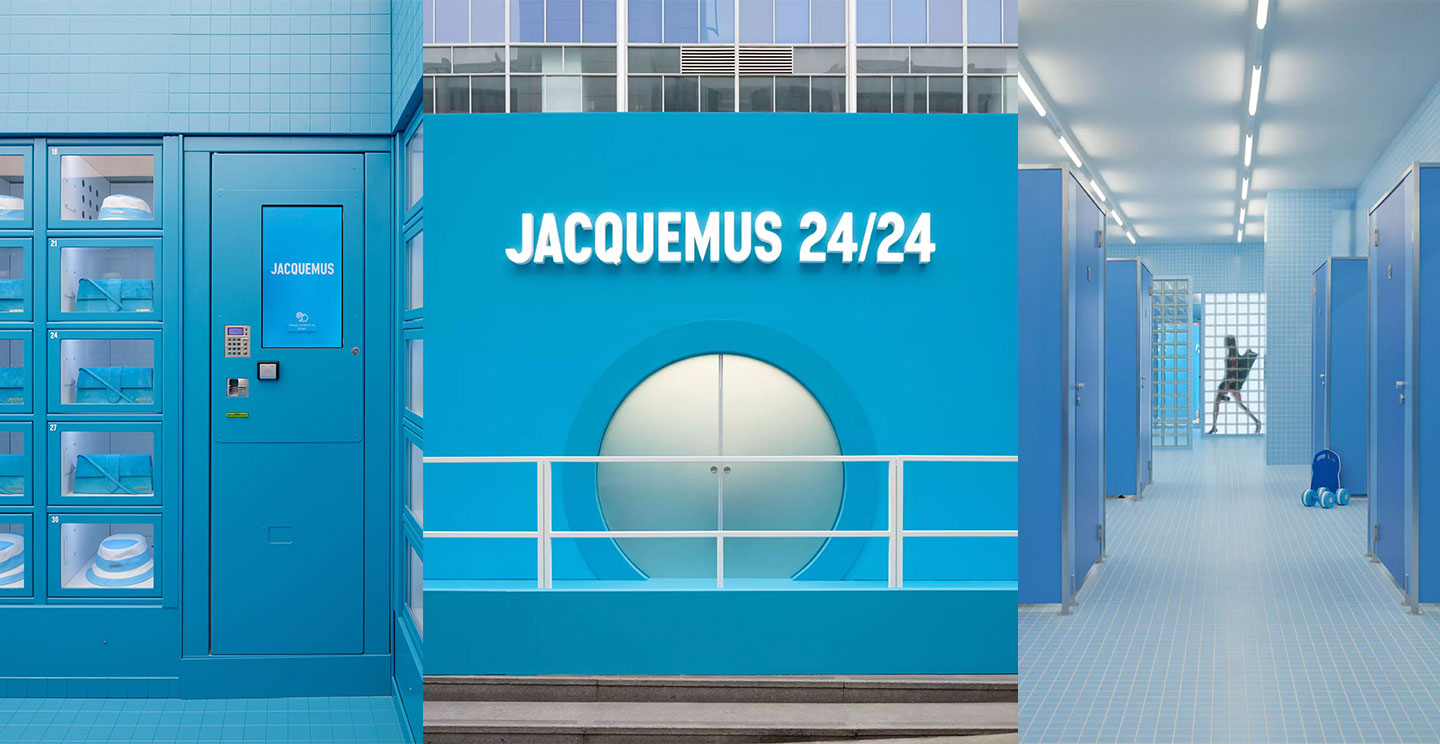 Jacquemus also positioned a 24-hour vending machine that dispenses their top-selling Chiquito and Bambino bags at Selfridges Mews, located directly behind the Oxford Street store. Nearby, at the Old Selfridges Hotel, another immersive experience called Le Vestiaire transports customers through a surrealist swimming pool and rooms with 3D sensory experiences.

Jacquemus is just one of the many fashion houses exploring the potential of hyperphysical stores. Dior also recently launched a pop-up in Seoul inspired by their Parisian Avenue Montaigne flagship store to anticipate the pre-fall womenswear collection show imagined by creative director Maria Grazia Chiuri.

The shop also offers a garden, a Café and some phygital furniture created by Korean designers such as Kwangho Lee and Jeonghwa Seo.

Last month, even Balenciaga launched a series of pop-ups (there will be 12 in the end) to celebrate creative director Demna’s Le Cagole line.

After successfully testing a temporary space in London, several pop-up stores will open worldwide, from New York to Atlanta, via Beverly Hills and Dubai, through China and Bangkok.

Each store is designed to feature a joyous surfeit of shaggy pink faux fur on floors, walls, displays, seating, tables, shelves, and even pink-lined racks in the open-plan kiosks. This is because Le Cagole line reinvents Balenciaga codes in the tradition of maximalist it-bags of another era, borrowing its name from French slang that refers to an over-the-top attitude.

A supersized inflatable installation inspired by the puffy, pillowy leather of Coach’s latest Pillow Tabby bag took over London’s Soho Square in April before travelling to Berlin and then Dubai this month.

Inventing hyperphysical sensory experiences in retail is not just about sales

Retail is first and foremost about experience and engagement, and these sensory spaces are not necessarily sales-driven. 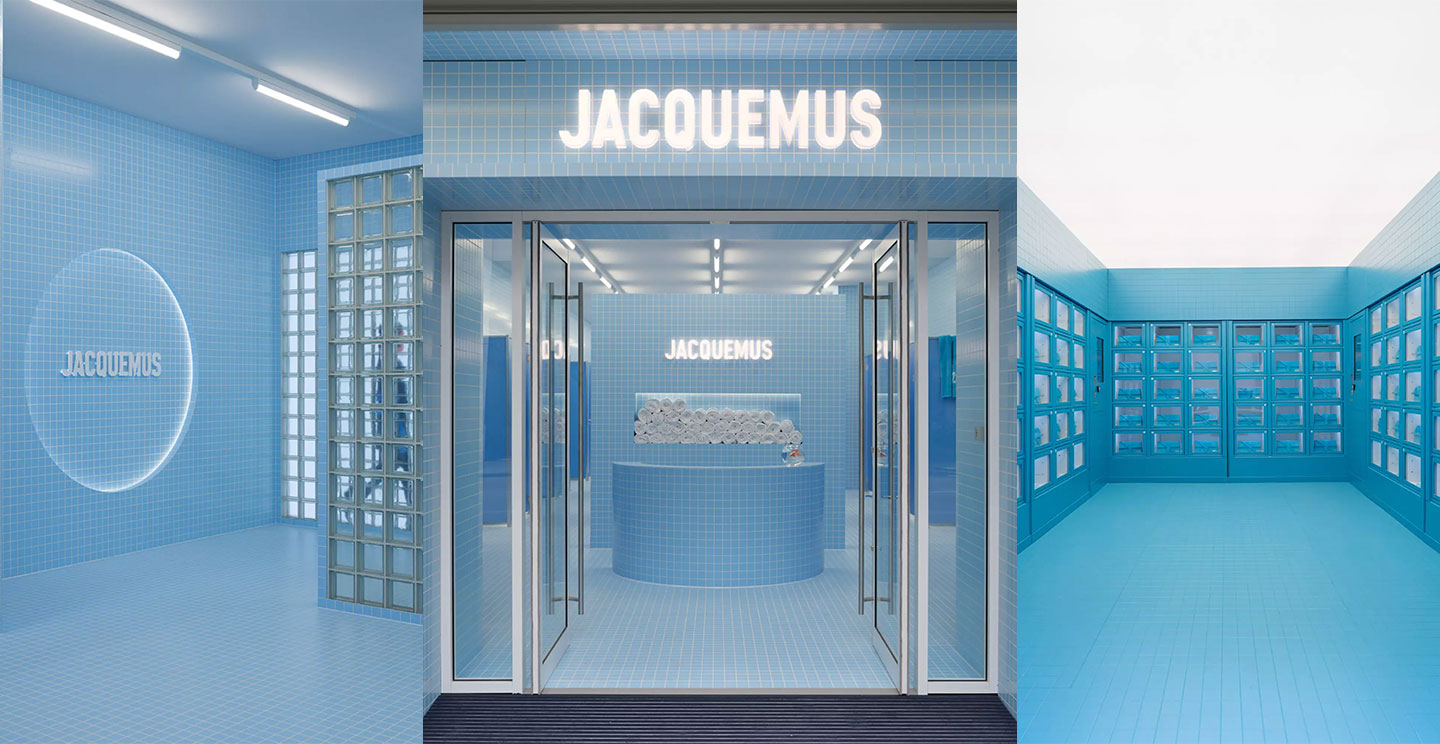 “It’s not just about buying. It’s also an experience, a concept,” said Simon Porte Jacquemus on his Instagram page when unveiling the pop-up project. “The idea is to break the frontiers in the world of luxury. We want you to come in feeling welcome and have a great experience no matter what you do inside. You can also just walk in and take a picture.”

It’s more about a fun, experiential way to cross the frontiers of luxury, where the connection with consumers can be very powerful. “It’s very much about how the space makes you feel and how memories can be created there. Physical retail can bring so much to the customer that then the transaction will follow,” The Future Laboratory’s Abi Buller explained.

Prada is doing the same with the Tropico pop-up format, where the Tropico, Triangle and Galleria bags are the stars of an urban jungle made of neon lights and bright summer colours.

Other brands decided to take this concept further by carrying no merchandise and focusing on community engagement only, inviting visitors to just enjoy the experience. Bottega Veneta did so last year when they staged a playful maze installation in Seoul that offered a unique interactive encounter. Sales were not included.