Stylish, desirable, luxurious. But make it modest. Started from the Middle East as a proper feminine revolution, modest fashion is more than just a trend and nowadays represents both a movement and a business opportunity in fast and unstoppable growth. And, apparently, the industry is not letting it slip. Why? It is easily said. 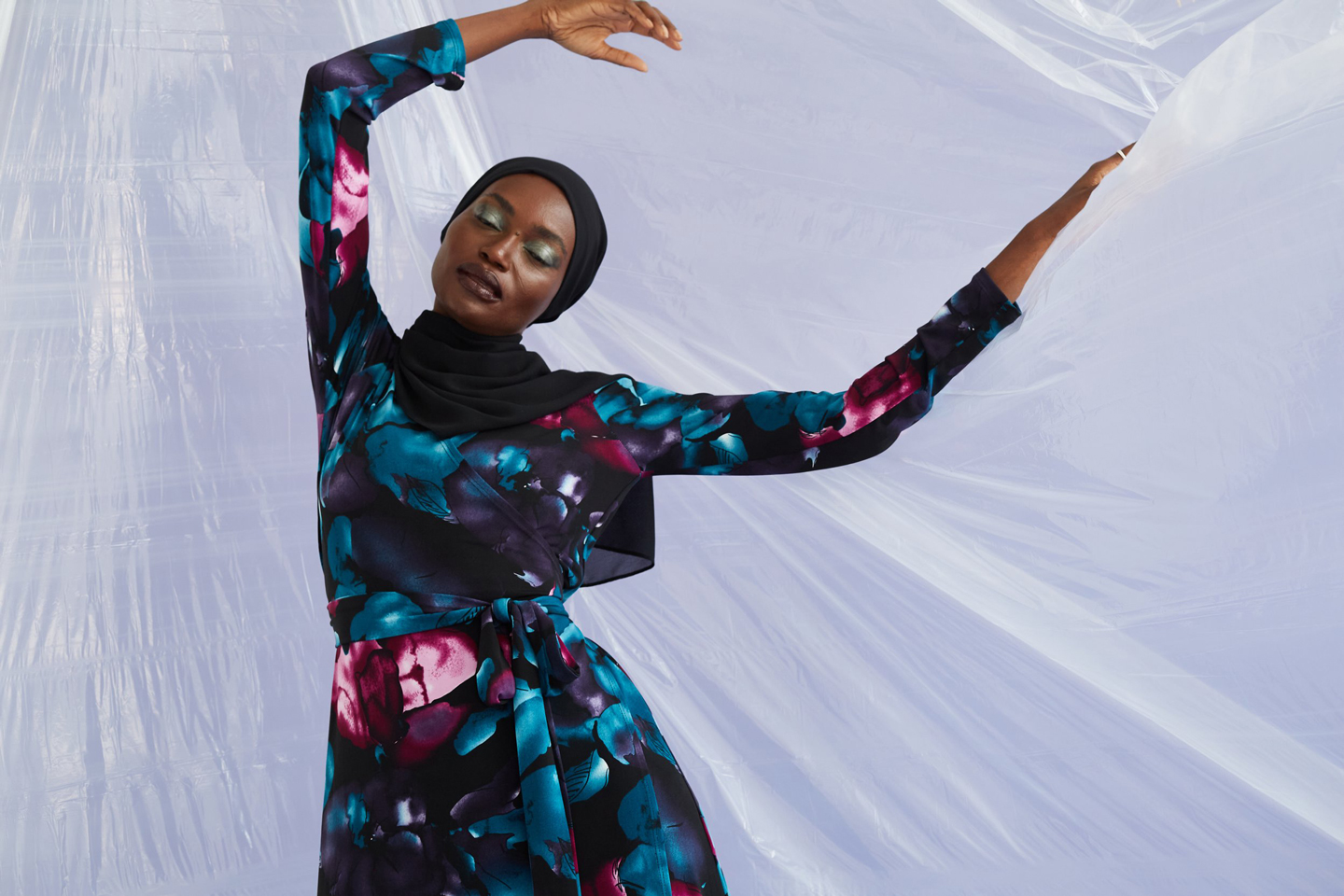 What is modest fashion?

Modest fashion consists on garments specifically designed for all those women who love fashion and want to dress with style, but in full compliance with the Koranic norms and the principle of covering certain parts of the body. And given the significant number of girls and women interested in this style, it goes without saying that in the last years several proposals dedicated to this target of consumers have come out.

What are the fashionable modest must-haves?

Hijabs, ankle lengths, sleeves that hide the wrists, no transparencies and no skinny garments that highlight the curves are the standards of modest fashion, but the traditional clothes are becoming more and more eclectic, colourful and with unconventional prints and styles.

Lately, many brands were born to satisfy this growing demand. And there are many good reasons for this 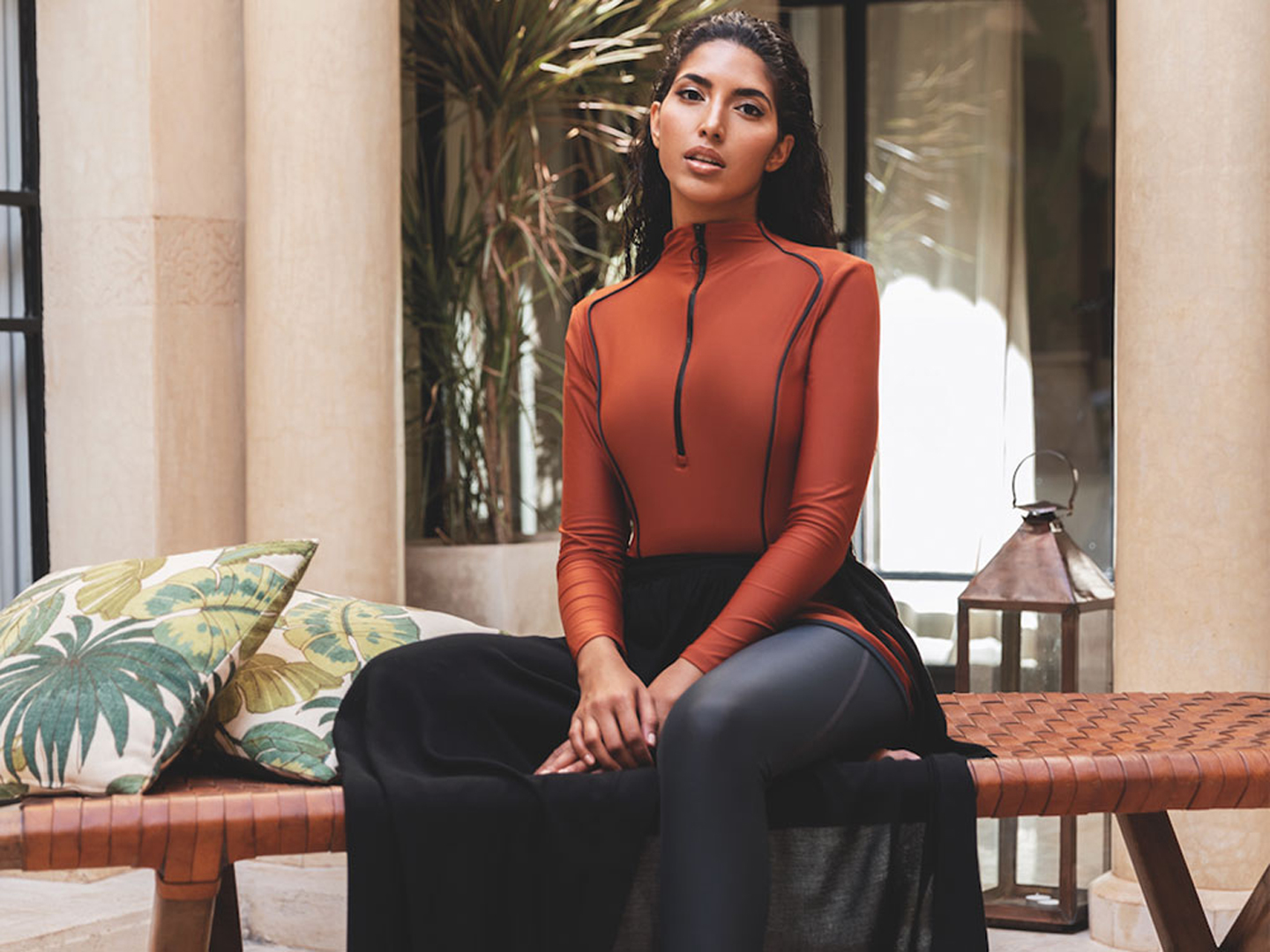 For a long time, on-trend fashion and the principle of modesty, as adhered to by many Muslim women, did not sit well together. What has changed over the last few years?

Although modesty has become something of interest not only to Muslims but to a broader audience of women, the growth in preferences for modest apparel is often related to the increase in the Islamic population.

According to a 2022 joint report by CrescentRating and Mastercard, the global Muslim population is now estimated to be 2 billion and Islam is by far the world’s fastest-growing religion. This means there are almost 1 billion Muslim women who have some specific fashion requirements and want to be dressed in a certain way.

Also, according to the estimates of the American research institute Pew Research Center, by 2050 the number of Muslims in the world will reach almost the Christians’, while in Europe it will constitute 10% of the population. 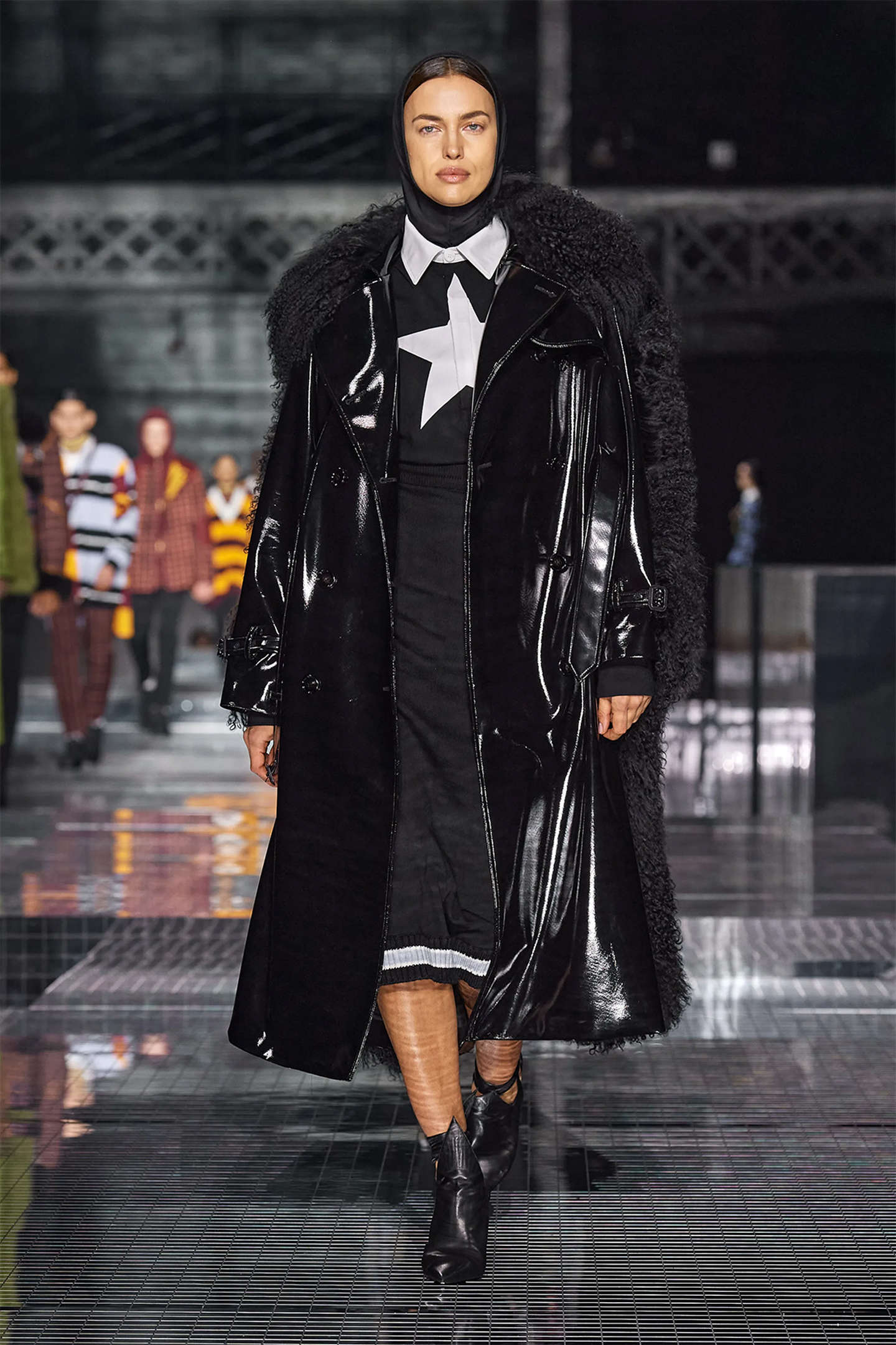 How much is the modest fashion market worth globally?

According to the DinarStandard State of Global Islamic Economy Report 2022, Muslims’ spending on apparel and footwear grew by 5.7 percent in 2021 to a value of USD 295 billion, with Iran, Turkey and Pakistan ranked as the top three countries by spend.

They also reported that this spending is expected to rise with a compound annual growth rate of 6.1 percent, reaching 375 billion dollars by 2025. “This does not represent the actual value of modest fashion consumption,” analysts specified. “It represents the core addressable Muslim consumer market spending in the apparel category.” That’s a relevant distinction, since modest fashion is a notoriously difficult market to quantify. 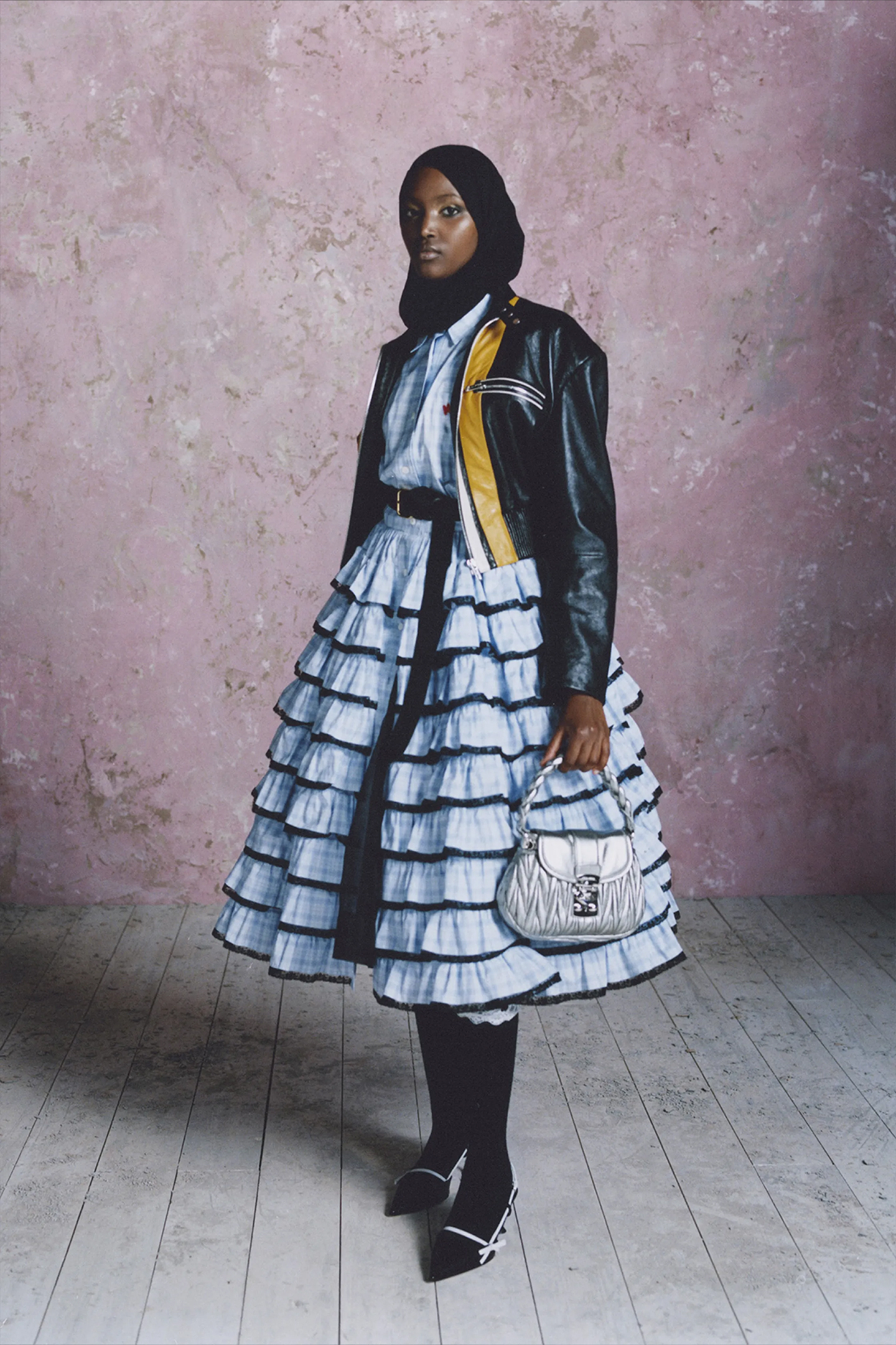 The market’s ambiguous parameters also explain why analysts at firms like Grand View Research take a more conservative view, focusing on Islamic clothing as a symbolic type of modest clothing. According to their new report, the global Islamic clothing market size is expected to reach USD 88.35 billion by 2025, drastically lower than the prediction above.

What are the key modest fashion markets?

The key modest fashion markets include of course the Middle East, like Saudi Arabia, Kuwait and Qatar, but there are significant modest fashion communities in Western countries such as the UK and the US, too.

From the Modanisa brand to FV Group: What about the pioneers of modest fashion?

Numbers are huge and inviting anyway, and the fast-growing modest fashion businesses are proving the strategic importance of this segment of fashion. Istanbul-based e-tailer Modanisa, that sells both private label and third-party brands to customers in dozens of countries around the world, was a pioneer.

Launched in 2011 as a start-up, in 2019 experts estimated that annual revenues for the firm were of 120 to 150 million dollars. In the same year, Modanisa called the Somali-American model Halima Aden to co-design a collection of 27 hijabs. 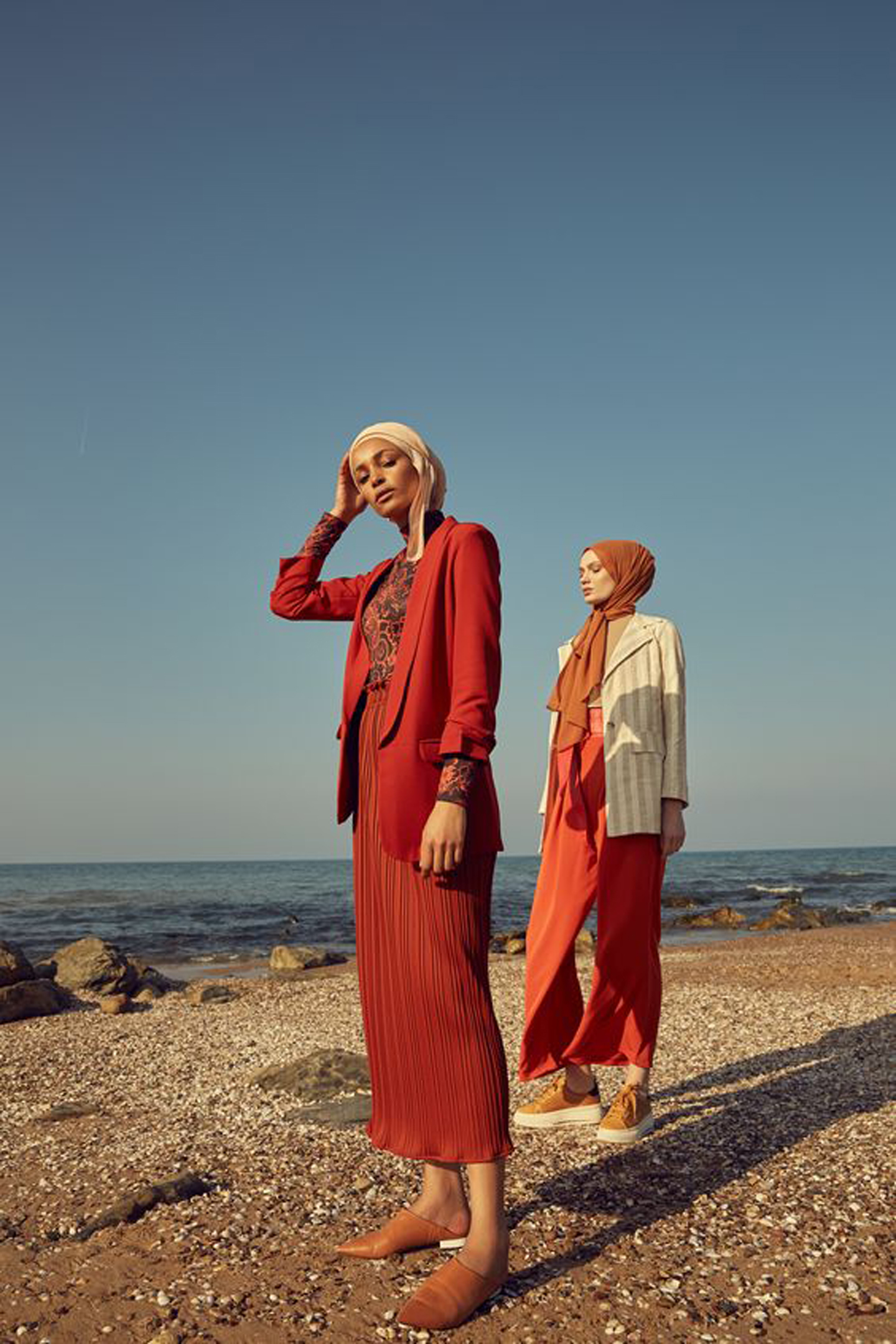 “Modanisa has done a really good job at making themselves quite widespread and managing their growth, which is where the challenge is,” commented Alia Khan, founder and chairwoman of the Dubai-based Islamic Fashion and Design Council.

Other successful specialised companies include FV Group, founded by the Malaysian businesswoman Vivy Yusof and her husband Fadzarudin Anuar in Kuala Lumpur in 2010, which owns the two modest fashion labels Duck and Lilit.

More and more Western labels, fast-fashion giants and luxury ready-to-wear top brands are embracing this growing modest sector as it moves from niche to mainstream

In this scenario, even the bigger names of the fashion & luxury industry are not letting this opportunity slip. Luxury brands such as DKNY, Dolce&Gabbana, Prada, Oscar De La Renta and Valentino – owned by the way by the fund of the royal family of Qatar, Mayhoola for investments – debuted in this segment with modest capsules and Ramadan collections, especially dedicated to the Muslim millennials. 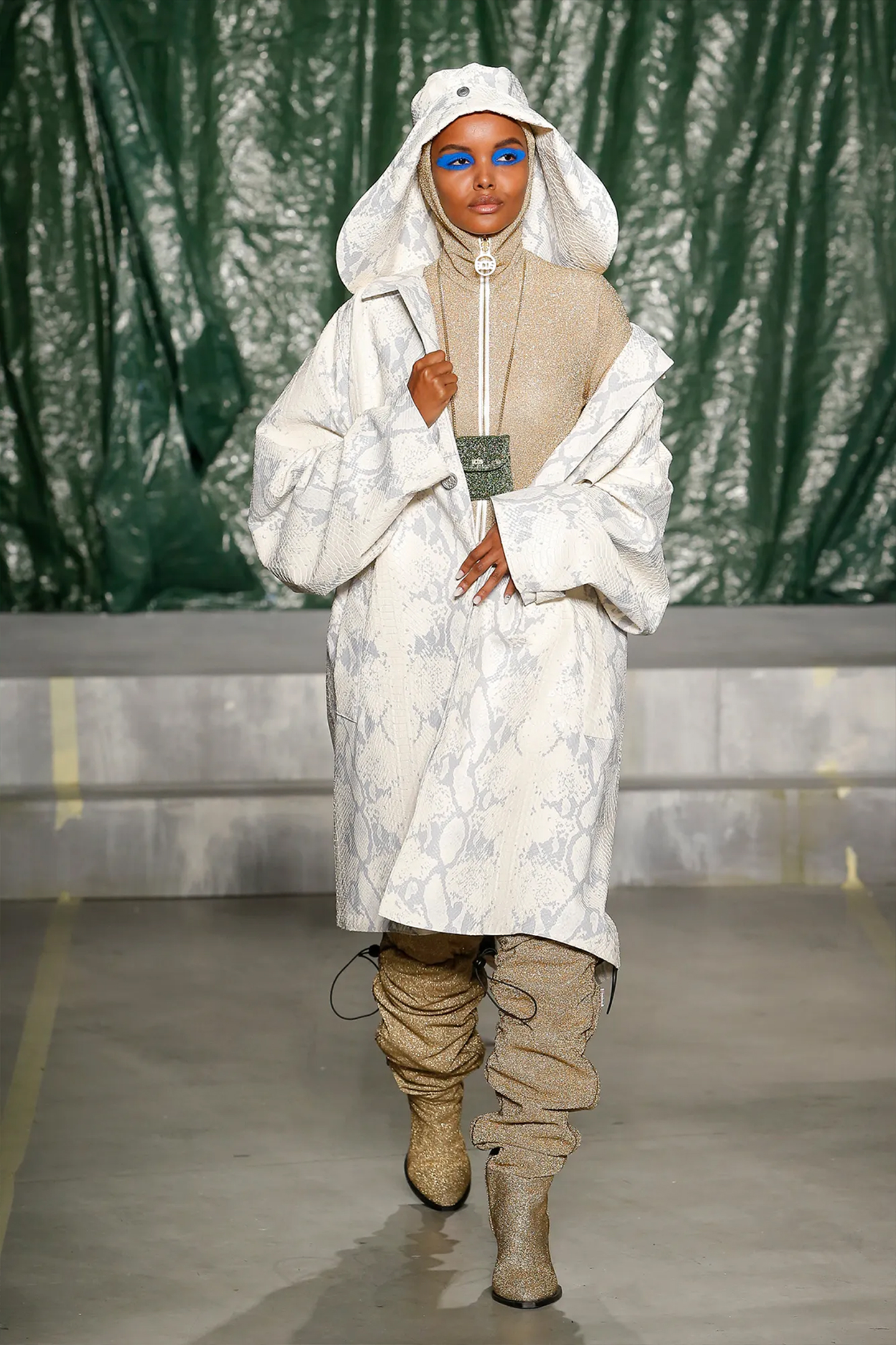 Premium brands like Tommy Hilfiger, Victoria Beckham and Yohji Yamamoto followed, and also e-tailers like Net-a-porter, Farfetch and Asos up to the fast fashion giants Zara, Mango, H&M and Uniqlo. This last one, in particular, has just launched a collaboration with the New York based but UK born fashion designer Hana Tajima. A capsule for Autumn-Winter 2022 season, contemporary and attentive to the needs of various cultures. 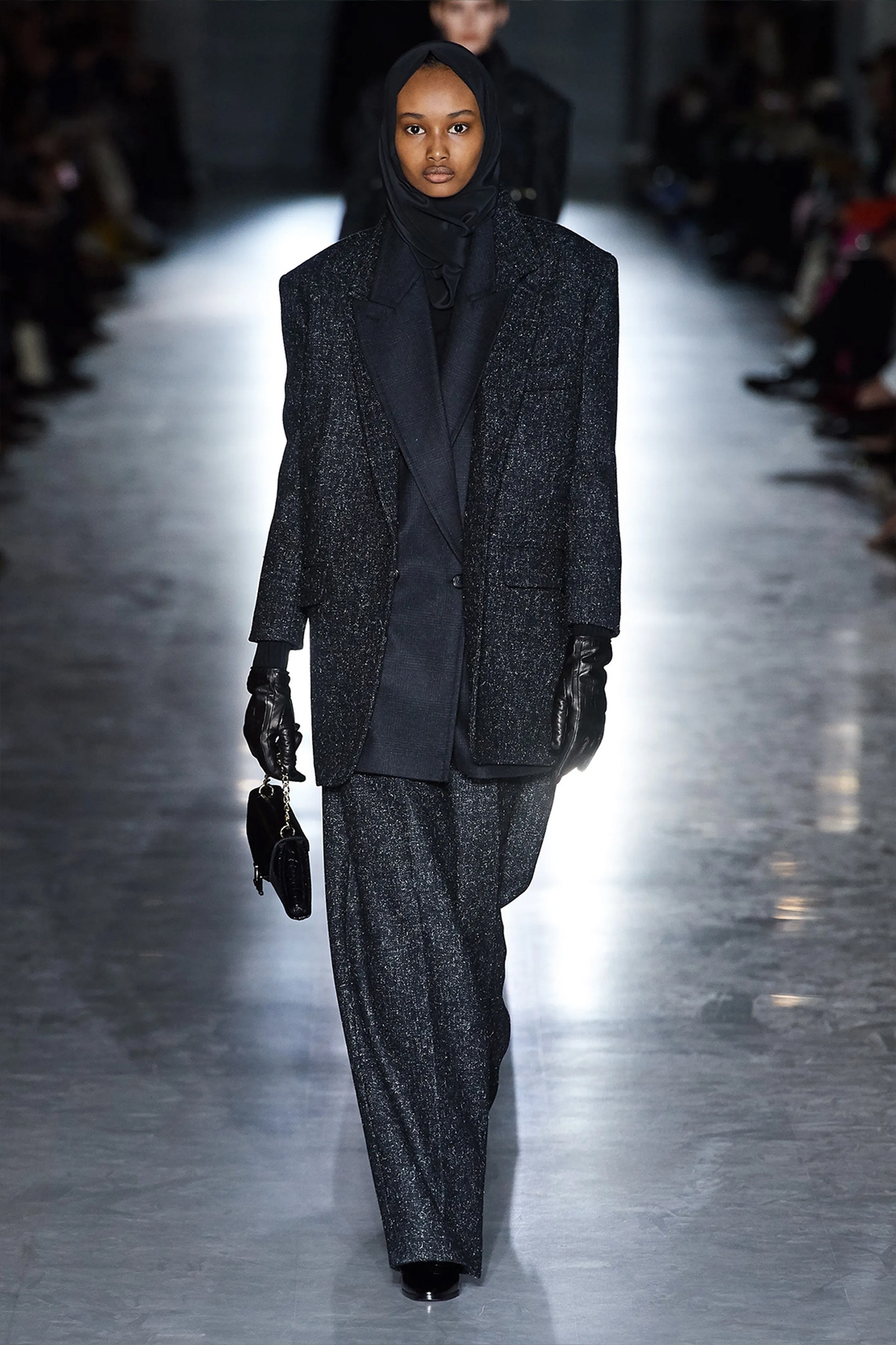