On September 8, Her Majesty the Queen of England passed away, and her death also marked the end of an era of style. The Queen’s practice of using fashion as an impeccable symbol of power was remarkable. Her consistent, well-chosen wardrobe has often been described as an example of “sartorial diplomacy” to emphasise her use of fashion to express or even reinforce power. As a topic often analysed by design and styling students, let us focus on some of the details that famed Her Majesty in the fashion scenario. 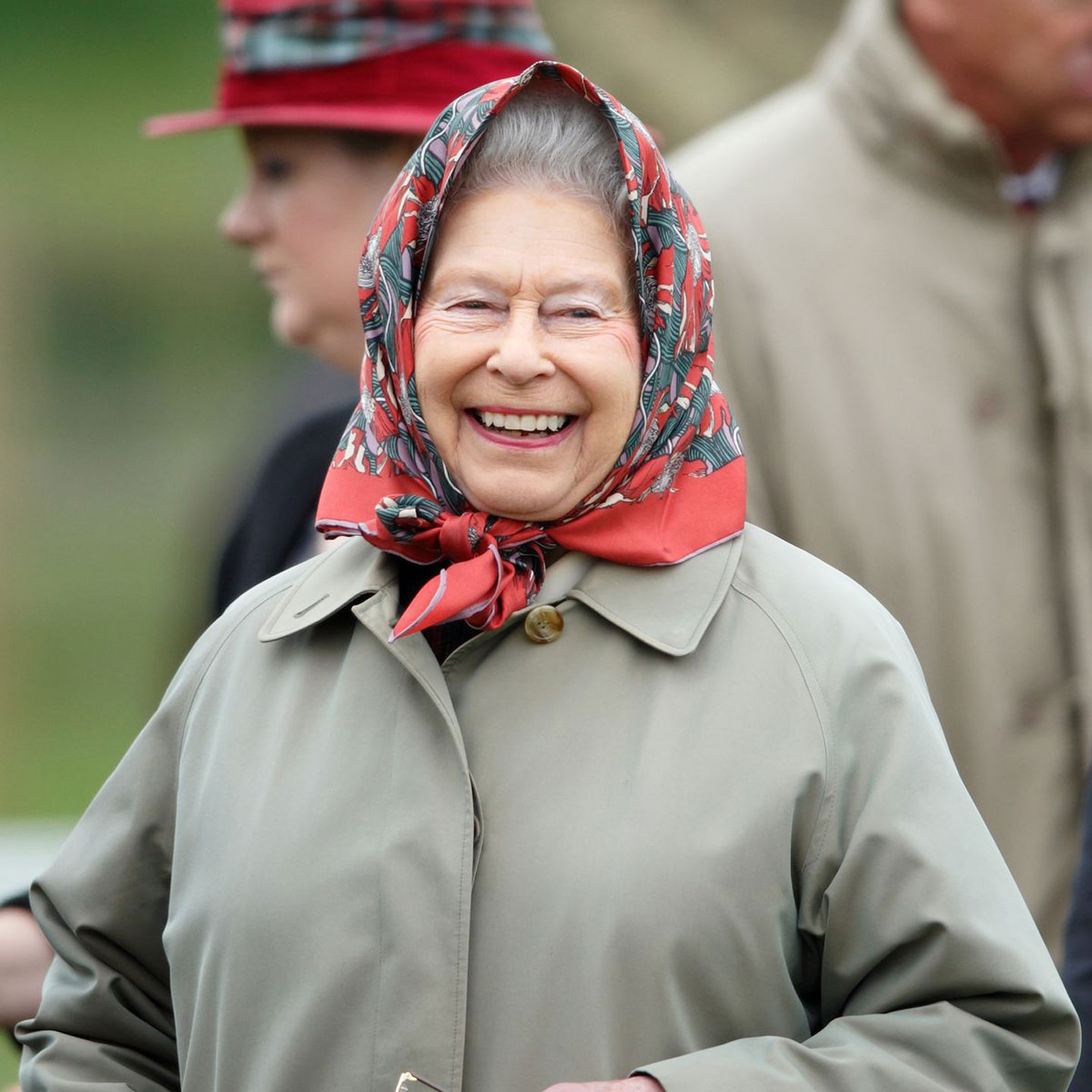 The fashion industry and followers have considered the Queen a fashion icon since her Coronation Ceremony, broadcasted on TV in 1953. Her Majesty’s relevance in British fashion was confirmed by the Queen Elizabeth II Award for Design, handed out by the British Fashion Council. February 2018 marked the Queen’s first-time attending London Fashion Week to present the award to designer Richard Quinn. There, Her Majesty was seated next to the queen of fashion, Vogue editor Anna Wintour. 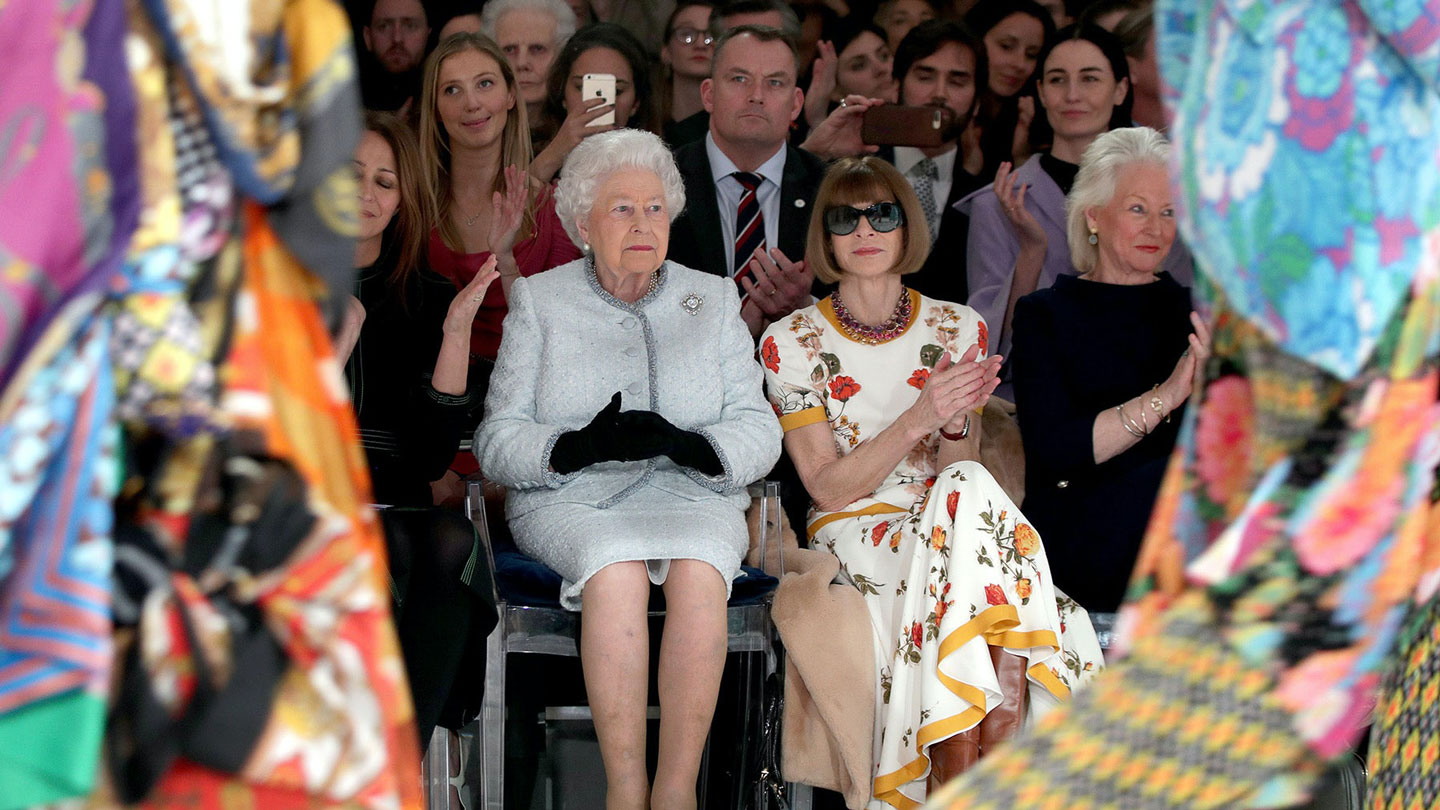 We remember Gucci’s London fashion show in Westminster Abbey in June 2016. A perfect location was chosen by creative director Alessandro Michele for the British chic revival of the Florentine brand’s Cruise 2017 collection. The main reference was clearly the British monarch and her timeless style – as Michele told The New Yorker at the time, “The Queen is one of the quirkiest people in the world,” and definitely the most remarkable one. 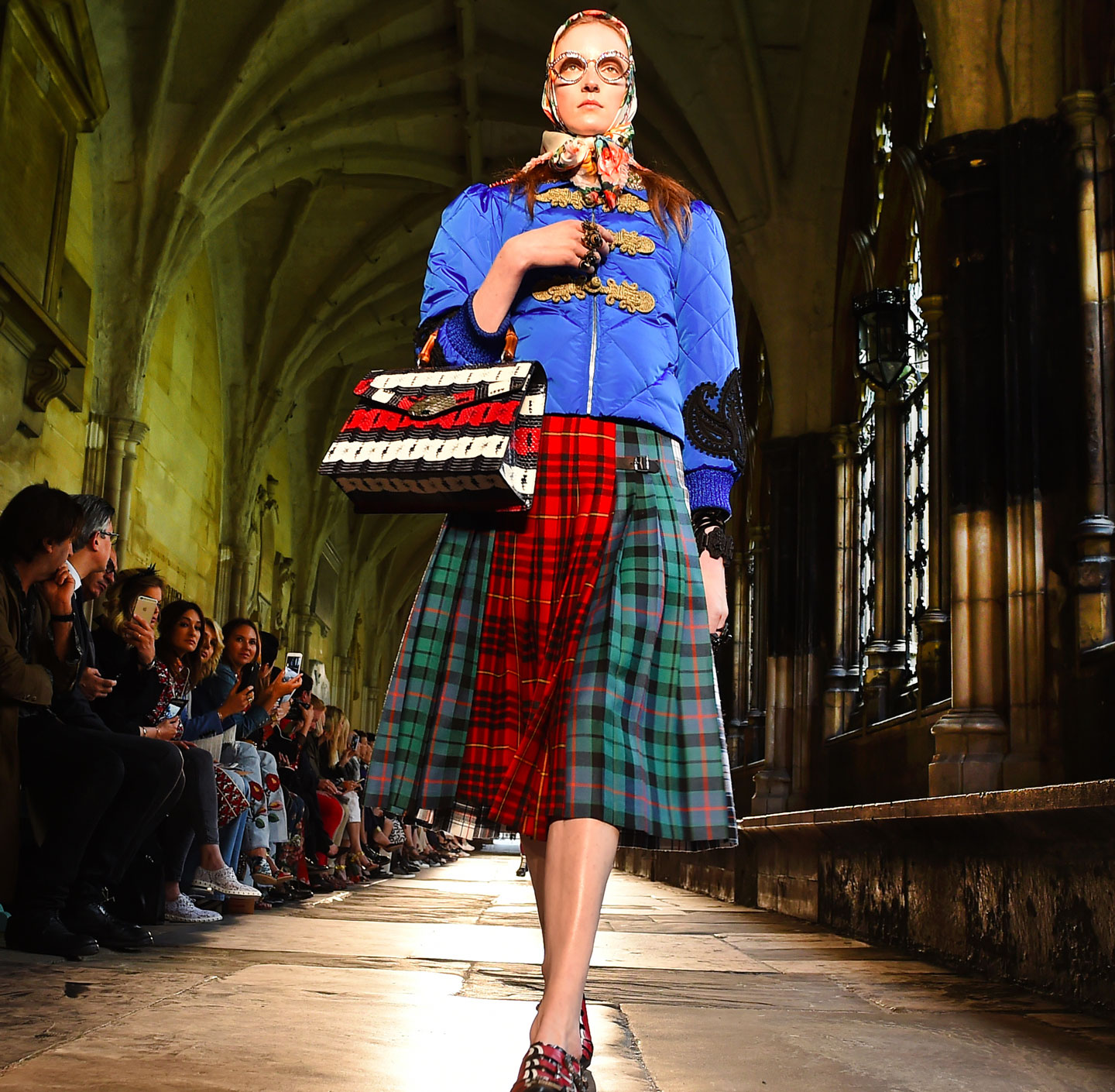 Among the other leading fashion designers who openly celebrated the Queen’s style on formal and institutional occasions, BoF mentioned Miuccia Prada. This Milanese fashion’s undisputed trendsetter and mood maker showed her appreciation for Her Majesty’s impeccable elegance during a visit to Rome in 2000. Even Karl Lagerfeld appreciated her flawless and accurate diplomatic dress code. While Riccardo Tisci, Burberry’s creative director, emphasised his fascination with the British politeness that the Queen personified, in contrast to the subversiveness rooted in British fashion subcultures during the 1960s and 1970s. 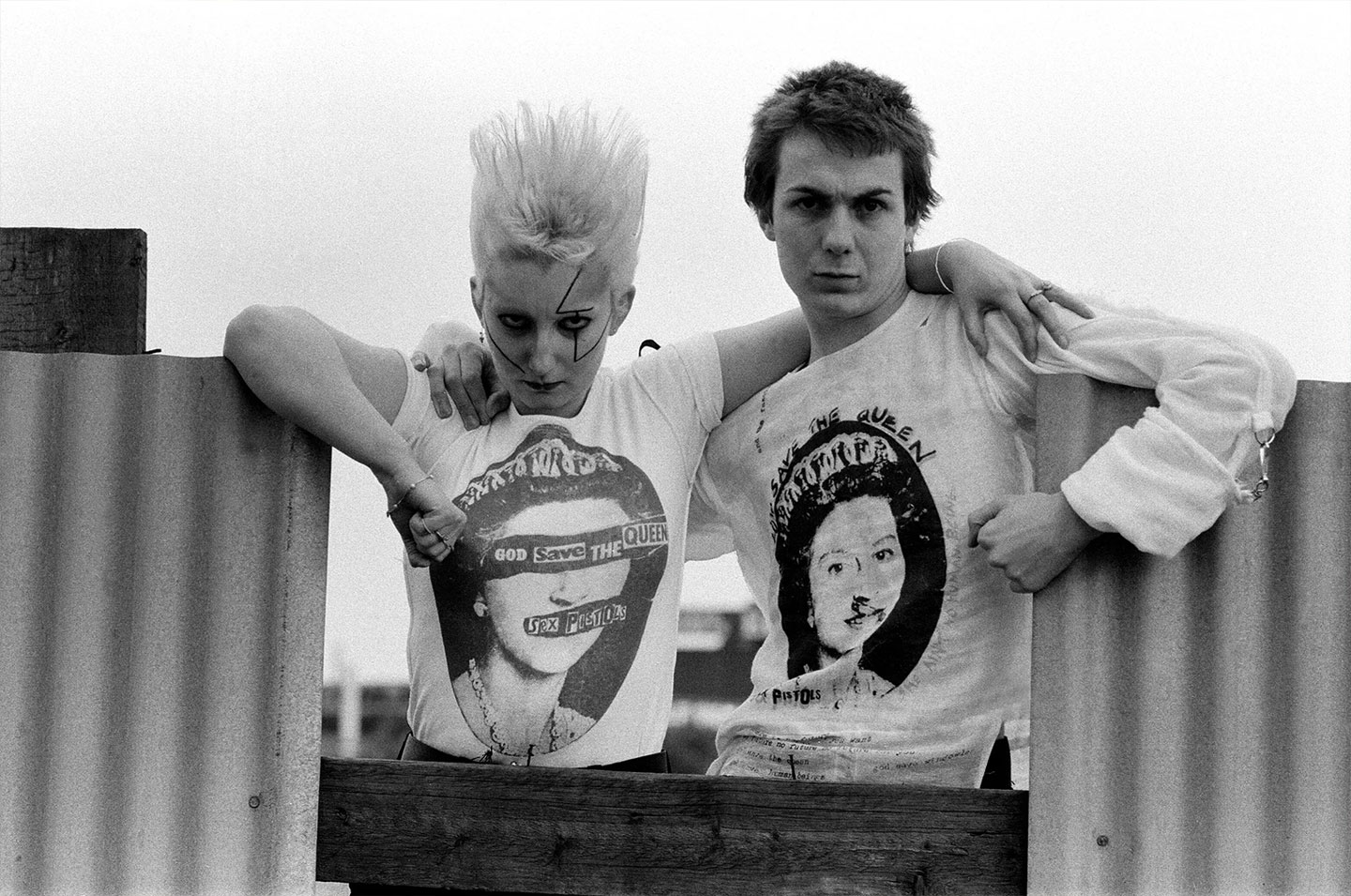 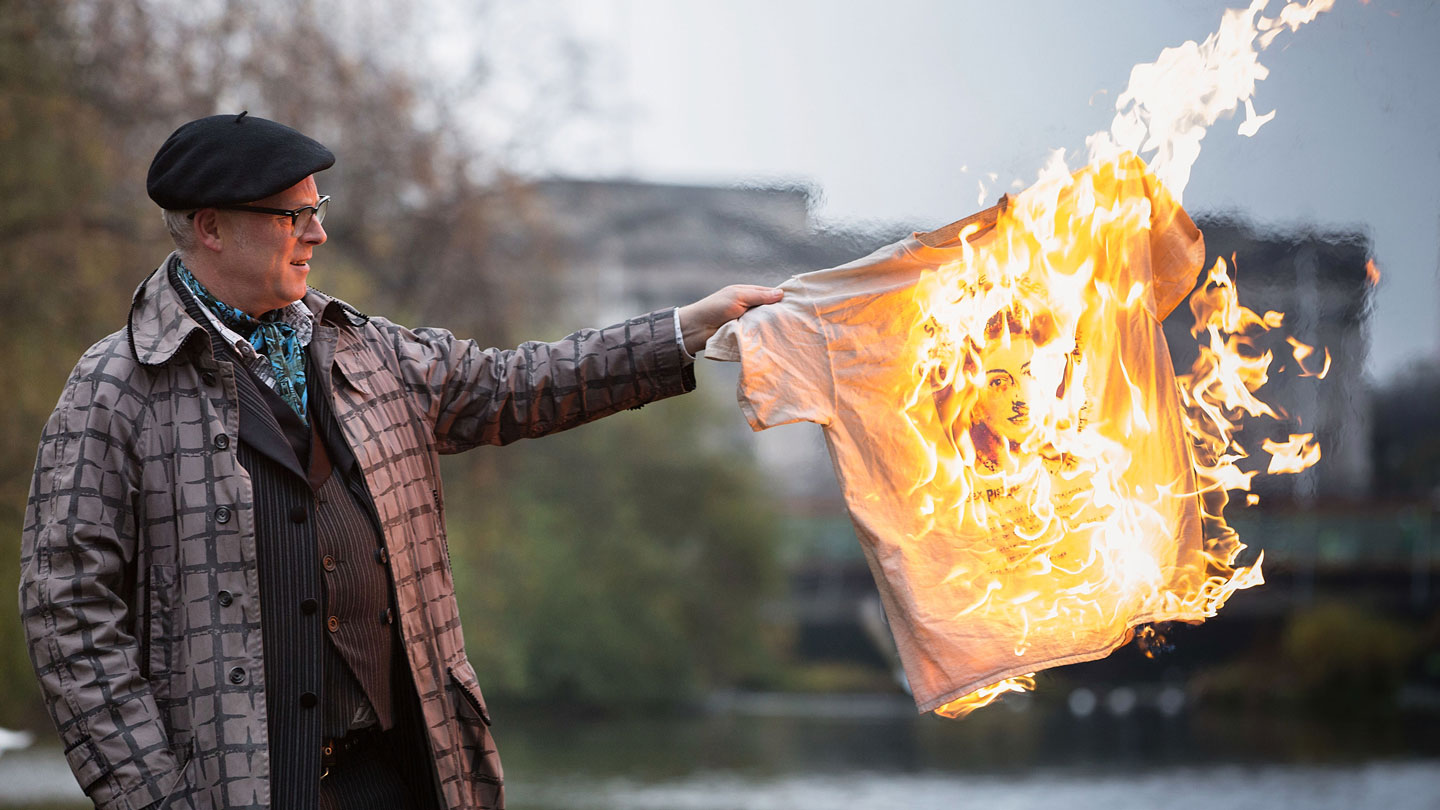 How to forget the antithetical punk imagery of the Sex Pistols’ “God Save The Queen” T-shirts, designed by Vivienne Westwood and Malcolm McLaren in 1977? The subversion continued in 2016 when Joe Corre, the son of Westwood and McLaren, burnt the T-shirt in front of Buckingham Place, a protest but still part of the fashion world.

Why was Queen Elizabeth II one of the greatest fashion figures the world has ever known? And when did her popularity as the ultimate power dresser begin? These are questions worth asking. The origins of the Queen’s wardrobe fashion power date back to 1953, with her richly-embroidered Coronation Dress. It was designed by Sir Norman Hartnell, the star of London couture in the inter-war years, gaining international fame as a dressmaker to the British royal family. For the most momentous commission of his career, Sir Norman Hartnell cemented London’s position as an innovative centre of fashion and “elevated the Princess to a Queen” (Selvedge - The Royal standards 70 years of the Queen wardrobe, 2022).

In the words of Virginia Woolf, Selvedge’s article returns to the meaning of clothes: “they change the view of the world and the world’s view of us”. Clothes are indeed much more than vanity, and fashion is a whole non-verbal communication system that leads to a world of significance (Alison Lurie - The Language of Fashion, 1982). And again, fashion has to be read as a code language whose elements signify the world in a system that permits fashion to be examined from a sociological point of view (Roland Barthes - The Fashion system, 2010).

Because of the multiple perspectives fashion implies, the Queen’s diplomatic use of bright colours and sharply tailored lines made Her Majesty a status symbol while conveying messages through clothes and accessories, such as her collection of symbolism-laden brooches. Of course, to fully understand from which perspective to look at Queen Elizabeth II’s style, we need to consider both social cognition and the psychological perception of fashion, more specifically, impression formation, the study of how and what we perceive about people, and so their identity (Lennon, S.J. - Social Psychology of Dress, Bloomsbury, 2017). Colours actually settled in the complexity of these codes; for example, purple ropes were used to symbolise power or royalty since the Romans, and the Purple Robe of Estate worn by the Queen for her Coronation at Westminster Abbey on 2 June 1953 was a continuation of those codes. 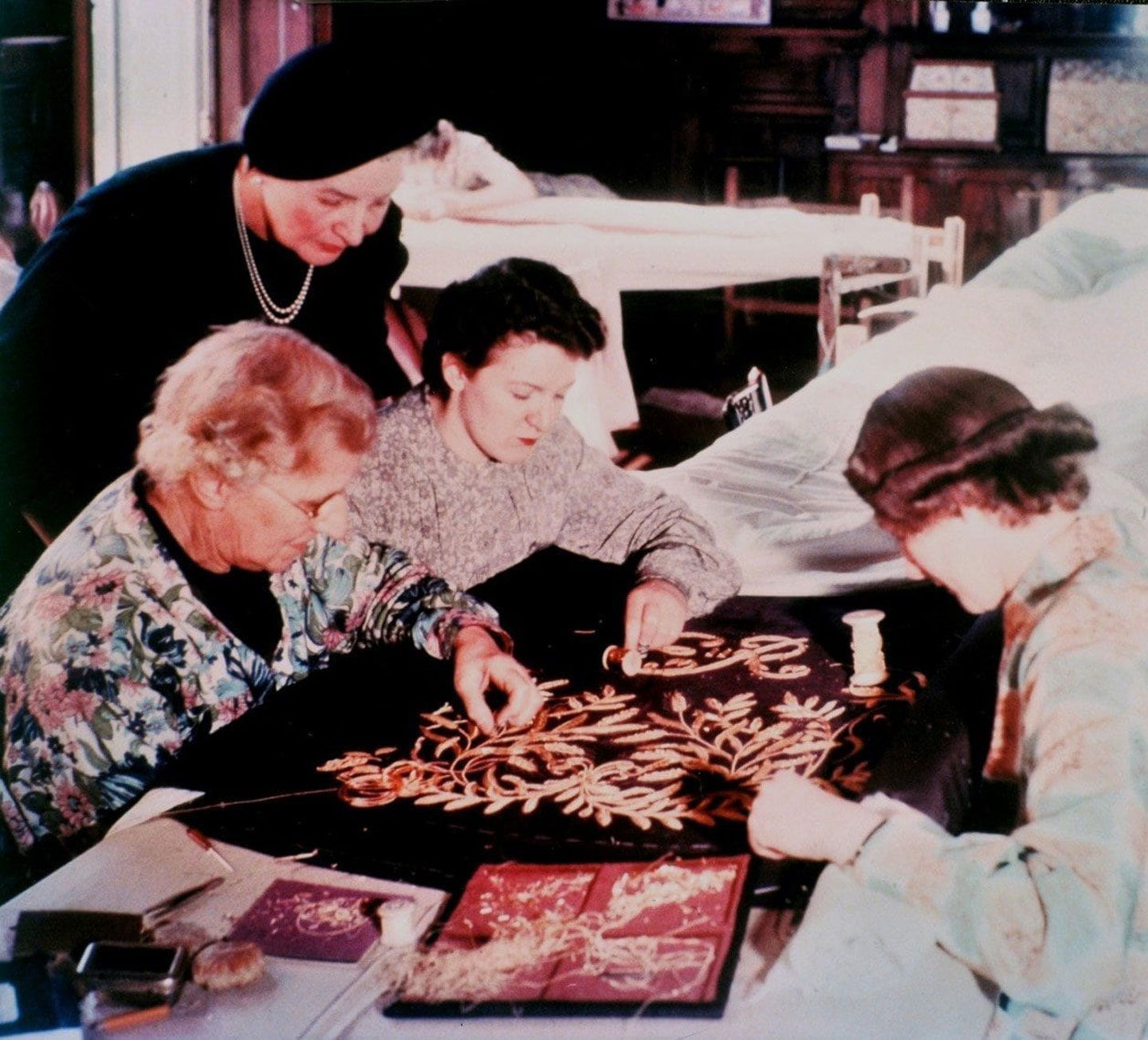 But Her Majesty empowered fashion beyond rituals and became recognisable by her monochromatic use of bright colour palettes. Each day, she doubled down on one colour, wearing it head to toe: she wore yellow, red, pink, purple, blue or green. A popular quote from the Queen was: “I have to be seen to be believed”. I can personally confirm the visual power of her wardrobe, as I still remember the bright orange coat and matching hat Her Majesty wore in 2019 while visiting the Science Museum, where I was working, to launch her first Tweet! An amazing orange. As style journalist Elizabeth Holmes wrote in her book HRH: So Many Thoughts on Royal Style (2020), the Queen “recognised the role of clothes.” 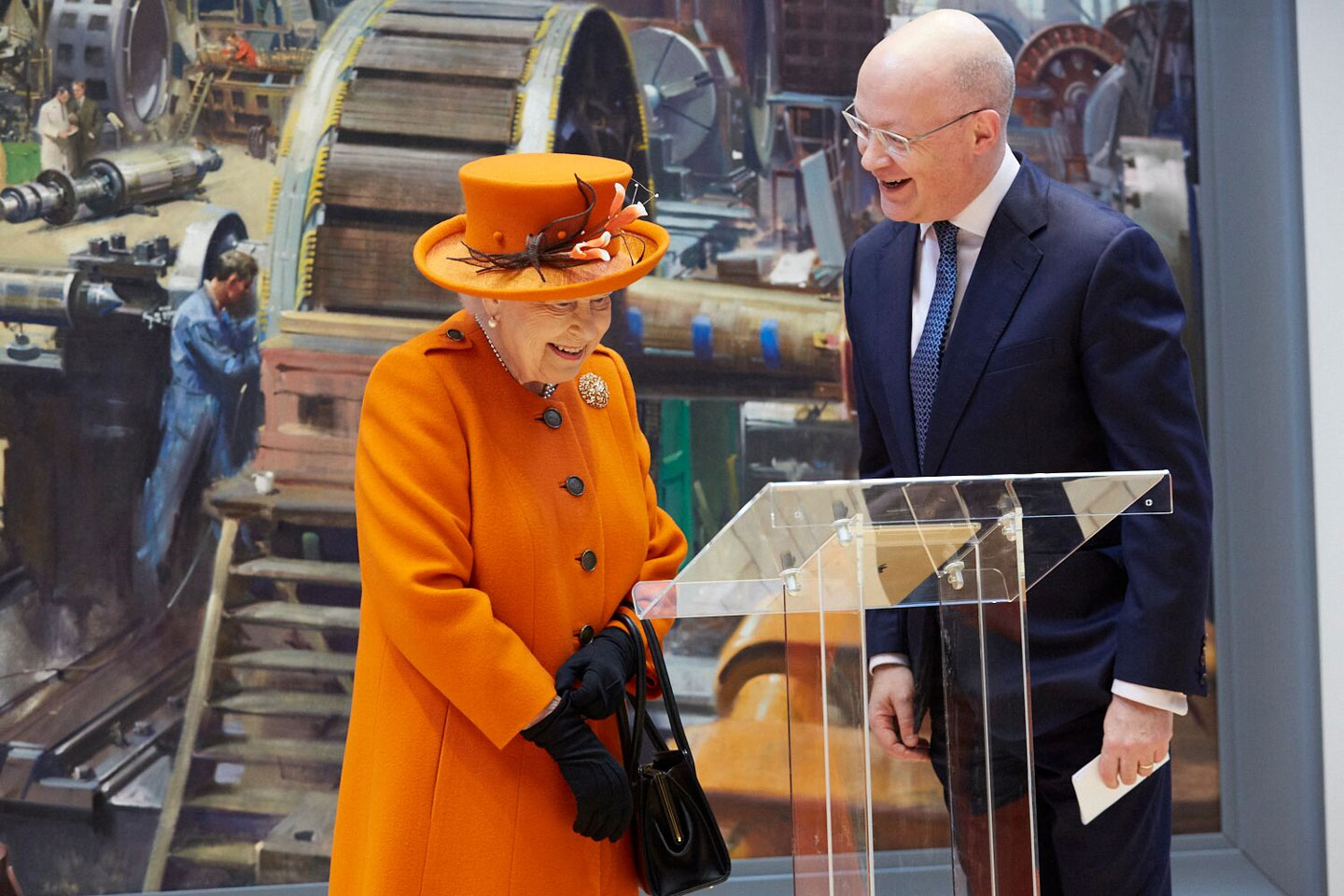 Another significant occasion was Her Majesty’s appearance in Parliament in June 2017 for the Brexit negotiations. She wore a papal purple day coat and a Balenciaga spring-summer 2017 yellow-flowered hat “that bore a strong resemblance to the European Union flag,” the Guardian reported that day. Although her role claimed political impartiality, there was much speculation about the Queen’s preference for negotiation. Whatever the case, her silent opinion was professed with an elegant “sartorial diplomacy.” 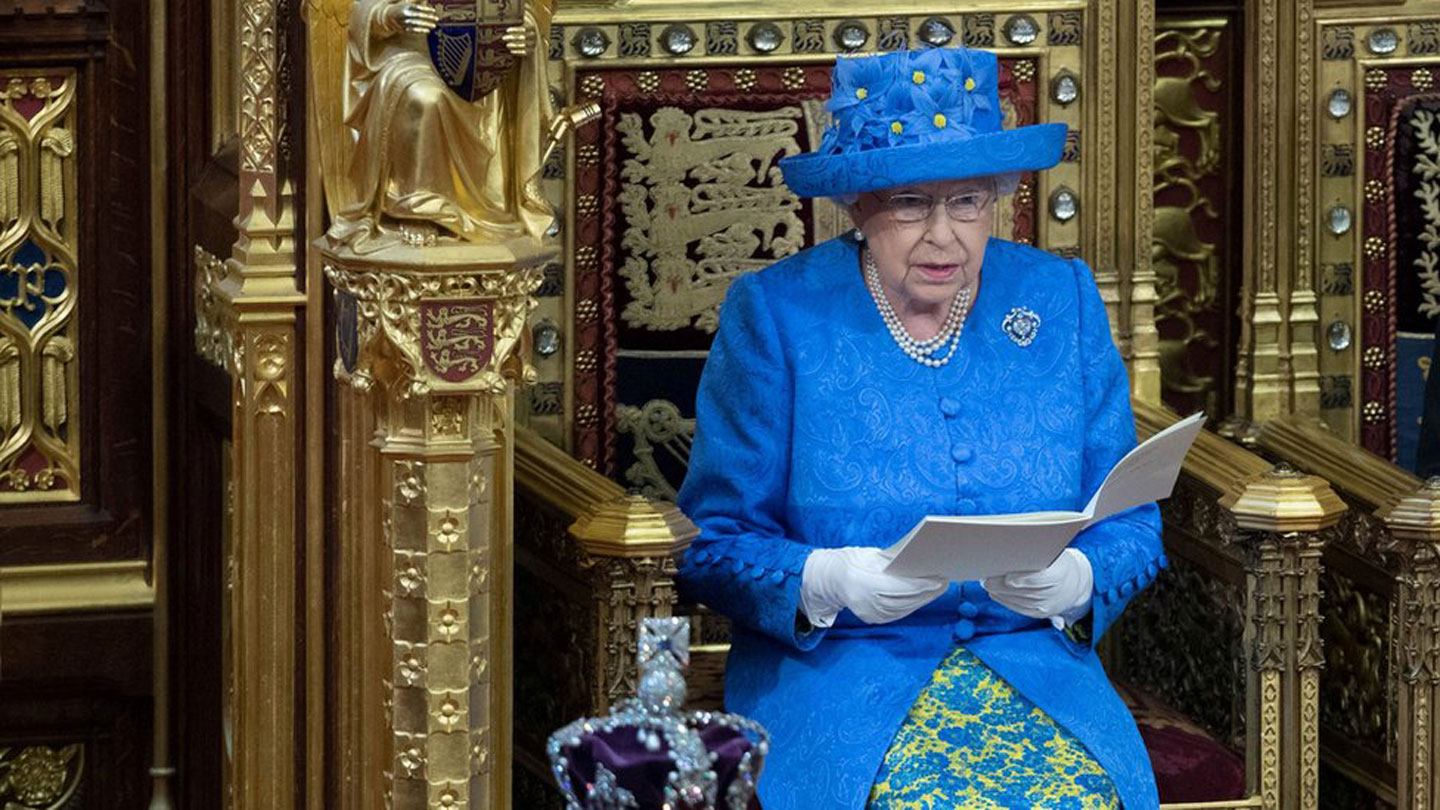 Undoubtedly, Her Majesty “was one of the first public figures to realise that her fashion could send a message and was able to use fashion on a much larger scale,” royal fashion expert Christine Ross told BoF. Clothes and fashion were tools the Queen used to show a soft power with respect to conventions and cultural influences, strategically harmonised with symbols and colours in their deep semantic meaning. 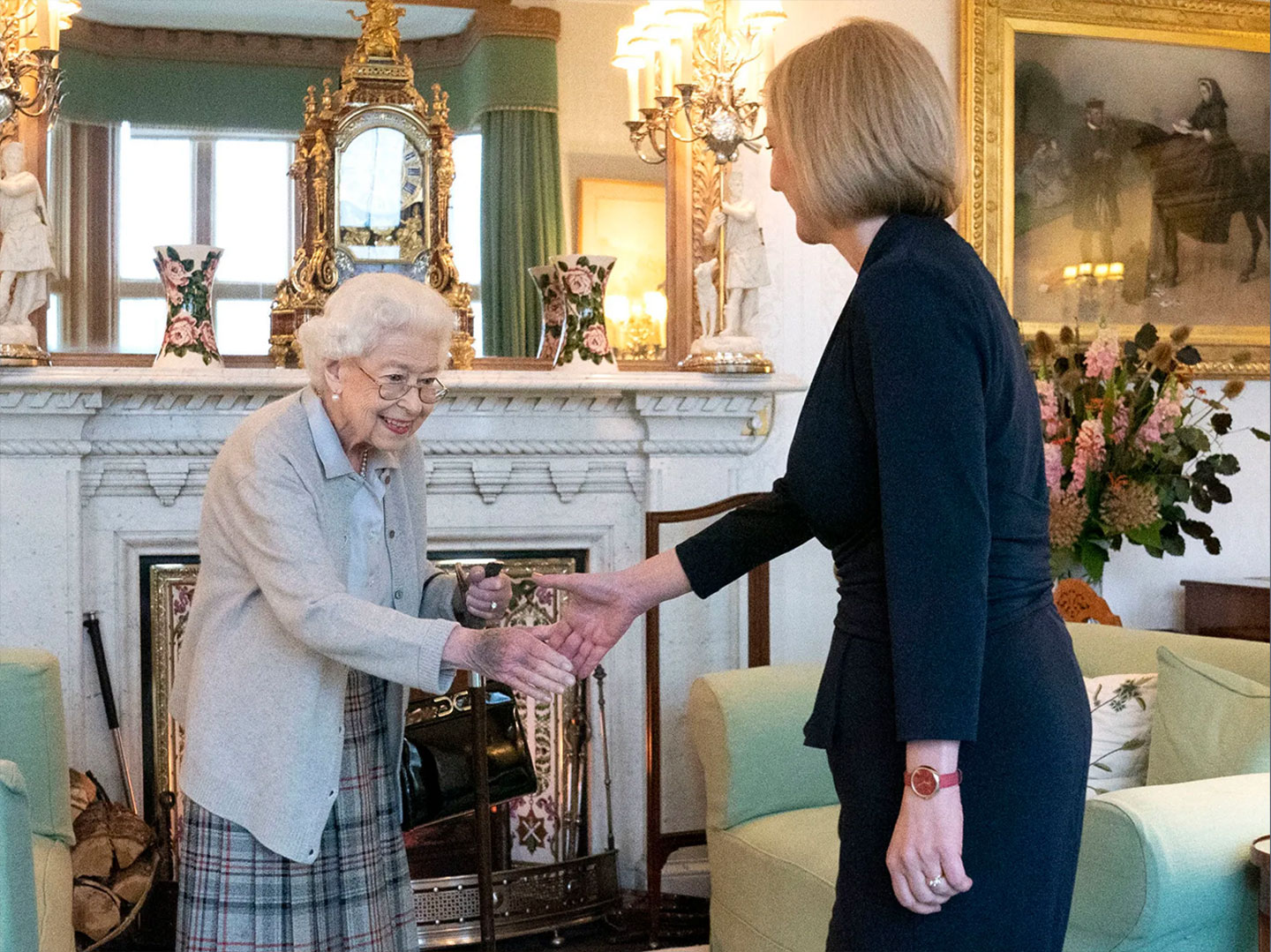 Her Majesty continued that pattern until her last official meeting a few days ago to receive the new Prime Minister at Balmoral Estate, her beloved private residence in Scotland. There, the Queen wore the Balmoral Tartan, designed by Prince Albert’s consort of Queen Victoria and worn exclusively by the royal family since 1853 (Vogue, 2022). Was this the very last-style message from the Queen of England?