Despite today’s hypebeasty climate, we aim for clothes designed to last and empower. And when a not-trend-driven but needs-based brand knows how to expand globally while staying true to its roots and without loss in quality, that’s the winning formula for success.

Described by the British newspaper The Guardian as “a fashion week brand whose heart is in the real world,” Max Mara is still based in Reggio Emilia, the Maramotti family’s hometown. As the Italian house is starring in the official Milan fashion week calendar, the seasonal offering changes, with always available classic gems – such as the company’s 101801 bestselling coat, which was designed by Anne Marie Beretta in 1981 and hasn’t changed a stitch since. But even though they have hired freelance consultants over the years, including such personalities as Beretta, Karl Lagerfeld, Domenico Dolce and Stefano Gabbana, Narciso Rodriguez and Giambattista Valli, Max Mara has generally preferred not to reveal their names. Before Ian Griffiths, they never had a public-facing designer.

We caught up with today’s Max Mara Creative Director Ian Griffiths, as he took students from the newly inaugurated Istituto Marangoni Dubai school on a step-by-step journey through the brand’s history. After winning a student competition to work at the Italian fashion house in 1987, Griffiths has remained there ever since. He even designed the now iconic Teddy Bear coat, launched in 2013. He gave us a hint of how the pragmatic, globally recognised brand he now heads has brought iconic pieces to the forefront over the years, anticipating modern ready-to-wear. Here are the highlights.

Let’s dive deep into the brand’s history, starting with this quote by Terry Pratchett: “There’s always a story. It’s all stories, really. The sun coming up every day is a story. Everything’s got a story in it.” How do you link this to the Max Mara brand?
Ian Griffiths: It’s all in the archive. We have stored everything done by the brand in our incredible physical archive. Max Mara is a globally recognised brand with a presence in 100 countries, often described as “the silent powerhouse” of the industry. I had the pleasure of working at the beginning of my career with Achille Maramotti, the company’s founder. I interviewed him about the origins of the Company, and he told me that in 1951, his original vision was to dress “the wife of the local doctor or the local lawyer.” This, for me, did not sound very promising until I put the story together: at that time in Italy, everything was about the “bella figura,” that is, showing the best of yourself in every circumstance. But to better understand this perspective, we must go back in time. Achille’s mother founded a tailoring school in Reggio Emilia, and with Achille’s daughter, they wrote a pamphlet explaining how women could recycle clothes to make children’s clothes. The Max Mara mindset stemmed from this idea: thriftiness and avoiding all waste. Founder Achille Maramotti decided to produce fashionable tailoring at a large scale, pioneering premade fashion – the so-called ready-to-wear. His idea was to create a prototype and then reproduce it several times: one prototype, one hundred dresses. But each piece was made with the same high quality.

“Fashion that makes you feel good about yourself empowers you” – Ian Griffiths, creative director of Max Mara

Today’s conversation is entitled “Stay true to the story and don’t lose sight of the dream.” This seems to be a piece of advice from you. So, what is the dream?
I.G.: The dream was that Achille wanted to realise real clothes for real women. Let’s imagine how women would feel when they saw an illustration of the early 50s: wouldn’t it make them feel like princesses? Achille realised that middle-class women would be an economic force on a large scale: they would start driving cars and becoming more independent. By recognising those women as a global economic force, Achille opened the doors to diversity. We can find this concept also in the brand name – Max Mara, which is not a person’s name but a simple name chosen by the founder so that every person in the world (no matter the language) can easily pronounce it.

Jumping into the ’60s, a new type of woman started to emerge. Could you describe this important change?
I.G.: Women advanced year after year, and we started to see IT girls (known nowadays as “influencers”). Most of them appeared in Paris, a leading city of that time in terms of fashion. Many women got into fashion through modelling. I bring as an example Lison Bonfis, the French fashion editor tapped by the Brand to create the junior collection “Pop”, launched in 1965. Authentic clothing (lasting about five years according to Bonfis’ Manifesto) from a modern lifestyle, with influences from tv and cinema. Here you can perceive the attitude of the brand of today, which is that Max Mara provides fashion, but every single piece has a life beyond the current season.

Anne-Marie Beretta: how important has been this woman for Max Mara?
I.G.: In the early ’80s, Achille chose Anne-Marie as a consultant: the French designer made a change by reviewing volumes, colours, shapes and silhouettes. Anne-Marie placed the roots of Max Mara’s key codes we all recognise today. If I had to choose one item representing power dressing, I would definitely pick the 101801 Icon Coat, designed in 1981. It has been in constant production ever since without any alteration or change. This coat is one of Max Mara’s biggest contributions to fashion ever. I see this coat everywhere I go all around the world.

After this excursus on how the brand has built piece by piece its fashion authority, let’s now talk about Ian Griffiths! Why you?
I.G.: Well, I must say that I entered a student competition to work at Max Mara in 1987, and I won. I was surprised that Achille had personally chosen my project. Still, I also have an answer for this: when he established the brand, he wanted to emphasise that classic does not have to be conservative, which is relevant. Therefore, by choosing me, Achille wanted to leave the door open to something new and “cool.”

What does being a heritage brand’s Creative Director mean?
I.G.: The opening up of different ways of dressing means that there are so many available choices in fashion for women that this could create a sort of “jungle”. As a creative director, I focus on maintaining a coherent course so we can trace the look and message from one season to the next. Also, we want to help women make choices by working to make things as simple as possible so that they can forget what they are wearing and get on with what they do – family, business, travels, personal commitments, etc.

“Achille Maramotti’s dream turned out to be a reality. I feel incredibly privileged to work for Max Mara” – Ian Griffiths

Ian Griffiths wrapped up with some advice for Istituto Marangoni Dubai students. First, they should appreciate fashion: the feeling you get from buying something new or wearing something that makes you feel confident is priceless. Secondly, one of the most difficult challenges students face nowadays is sustainability. Max Mara always aims to reduce waste, making the most of every possible material and fabric involved in the production process. Each brand develops its aesthetic: Max Mara’s is about elegance. “Achille Maramotti’s dream turned out to be a reality. I feel incredibly privileged to work for Max Mara,” Ian Griffiths concluded. 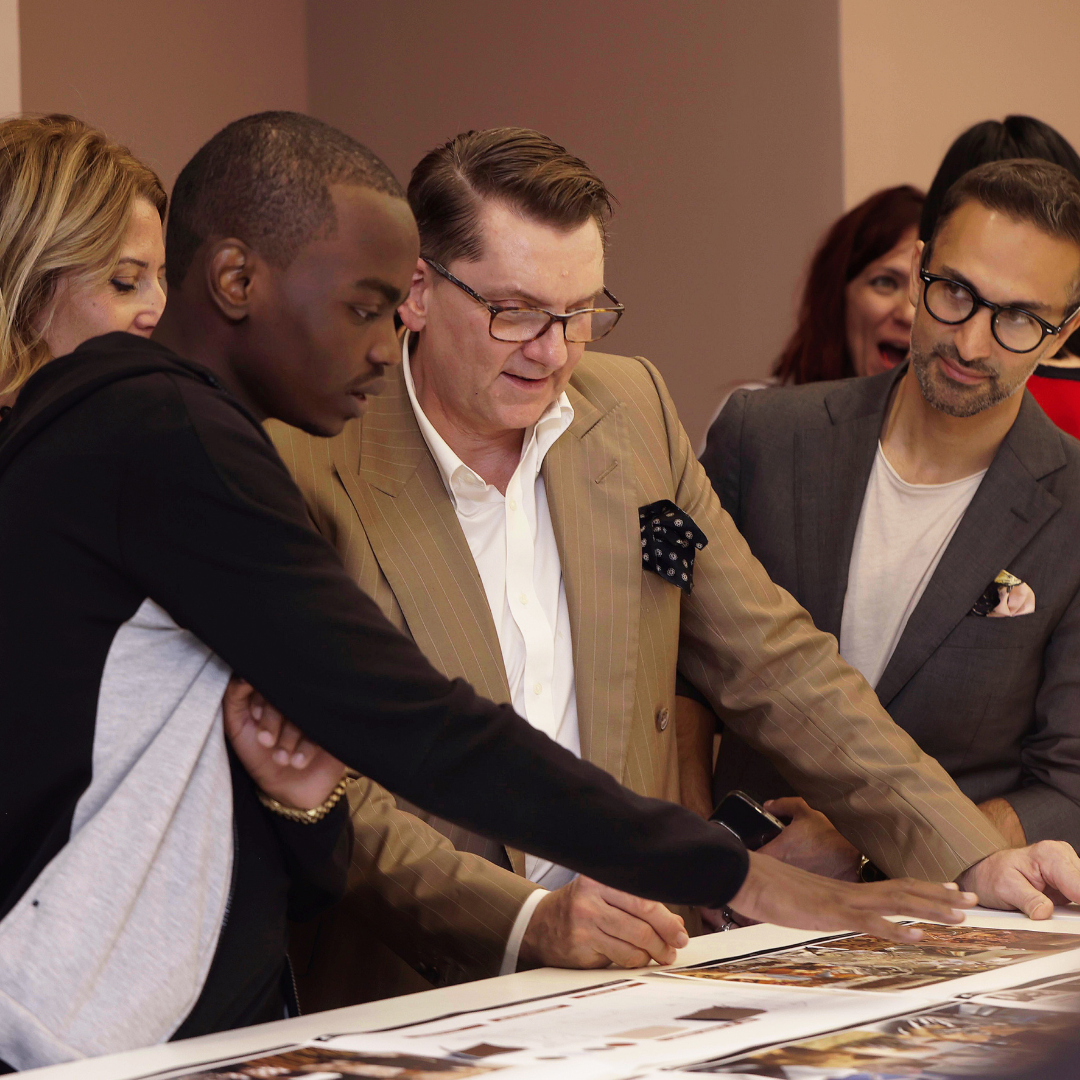