What is behind an editor’s letter?

Nick Clements is the editor-in-chief of the Tokyo-based Men’s File magazine, the world’s biggest-selling vintage-style publication, and a tutor in Fashion Writing and Photographic Theory and Practice at Istituto Marangoni in London

The meaning of fashion can be insignificant and understood through superficial, often crass, statements, or it can be deep and alluded to only by an implied series of textual (and visual) signs. Much of fashion is not directly connected to clothing; even mainstream fashion editors use other genres such as art, architecture, design, interiors, travel and hospitality to create the mood or scene where fashion can thrive and can be understood better.

Predicting the ‘next big thing’ is the secret to making money in our industry, which tends to happen through cues from the broader cultural milieu that foretells a trend several years before it drops on the shop floor. 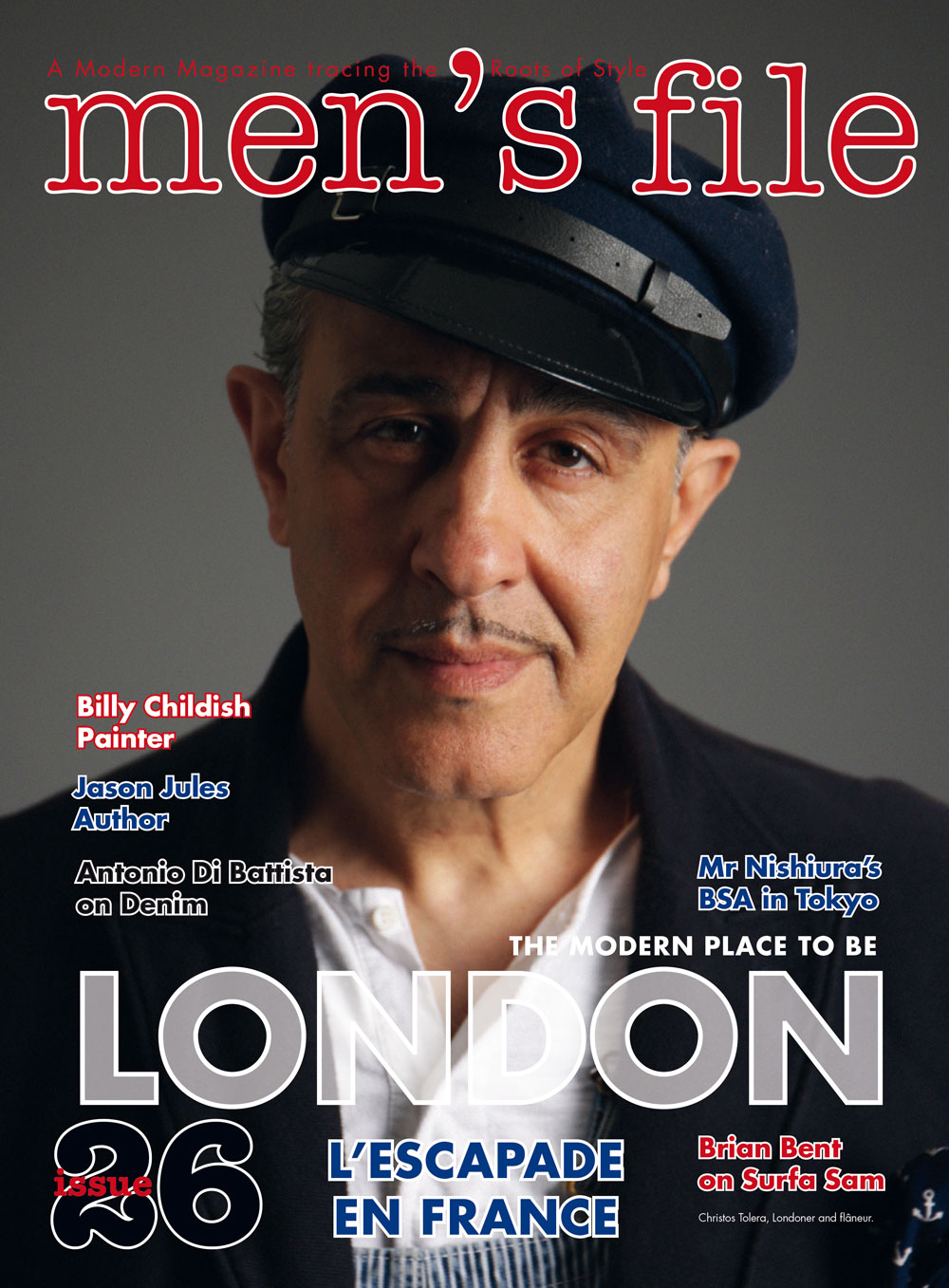 Men’s File, is aimed at a group of men who act as self-appointed historians of style, literally and metaphorically picking rags from a misty past and turning them into gems. They live in a self-imposed exclusion and never seek the approval of authorised fashion or any other part of society. They are elite and yet outsiders. Such people also act as initiators of style in the role of flâneur or agent provocateur. Designers frequently use them as a notional compass when creating maps for future collections. Like cultural critics, they scan the 20th century and assess its connection to the present, so their translations of retro styles are always relevant. Because they possess knowledge, this is not an easy audience to please. 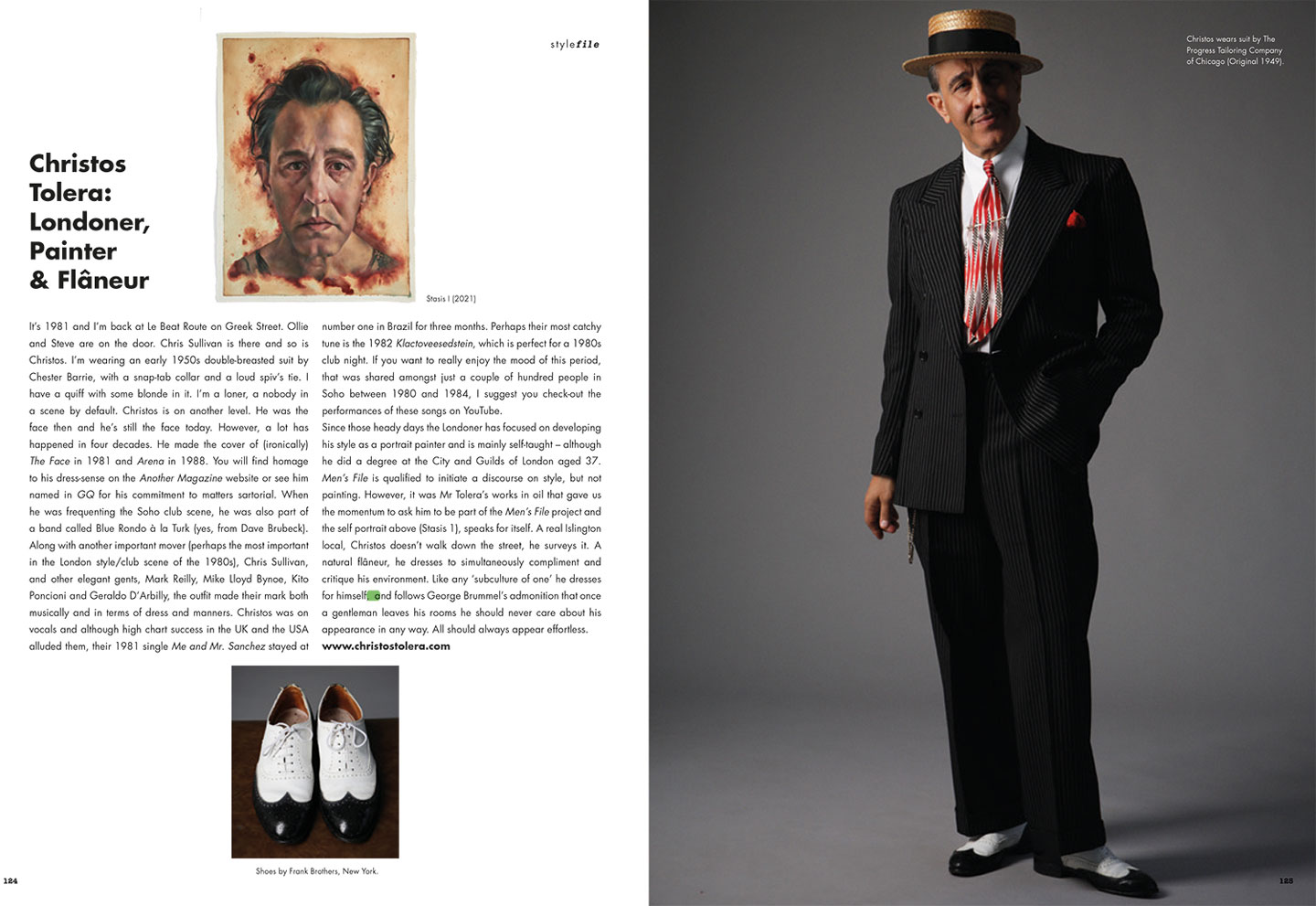 An editor-in-chief’s role is to pitch the magazine’s content to the reader’s level. For example, a fashion spread with the title Hunky Dory relies on the reader’s cultural capital for maximum effect. Apart from its primary meaning (that everything is fine), the term references David Bowie’s seminal album of 1971. The current relevance was the connection to the 50th-anniversary celebrations on multimedia platforms for The Rise and Fall of Ziggy Stardust. Bowie never goes out of fashion. On the other hand, a fictitious headline like ‘Kim Trumps Ivanka on Red Carpet’ demands the reader follows the travails of the leading players within the celebrity’s transient realm. Neither the celebrity nor history is morally superior to the other; still, each speaks to a very different audience with different demands regarding the depth of reporting and cultural and historical context. It can also be observed that the first one is steeped in creativity and the latter in consumerism. I ask all students to be creators and not consumers. 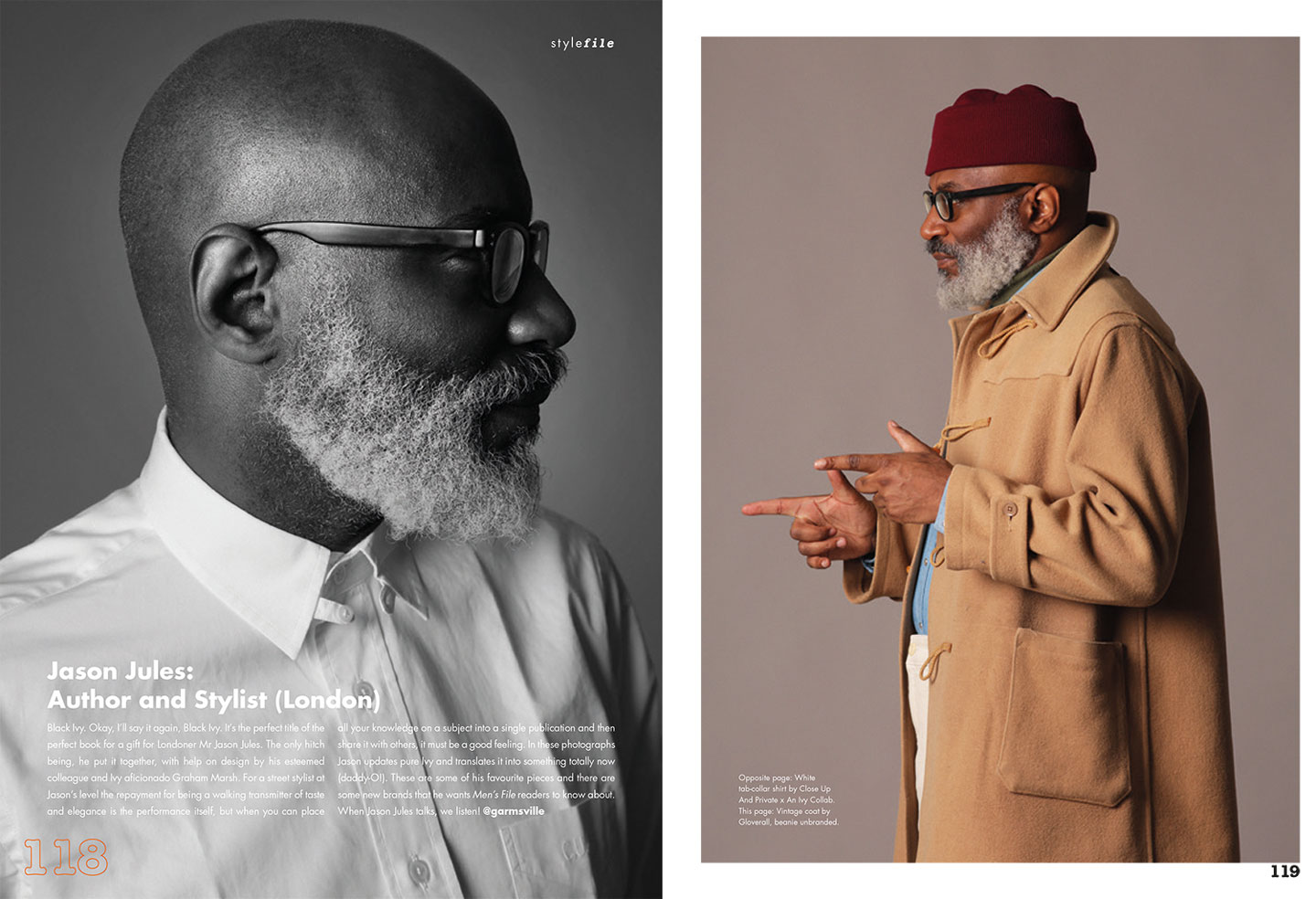 In Men’s File, inference and subcultural allusion is everything. Based in Tokyo and with an international readership, the following editor’s letter is composed to convey the mood of the summer issue through the people featured in the magazine and asks the reader to fill the gaps with their own understanding of the situation. It should be remembered that the editor’s letter usually comes soon after the cover and masthead. Accordingly, I have included the latest cover and opening spreads on some of the individuals mentioned to help readers understand more about the world of subcultural style and the individuals that pioneer its continued development. 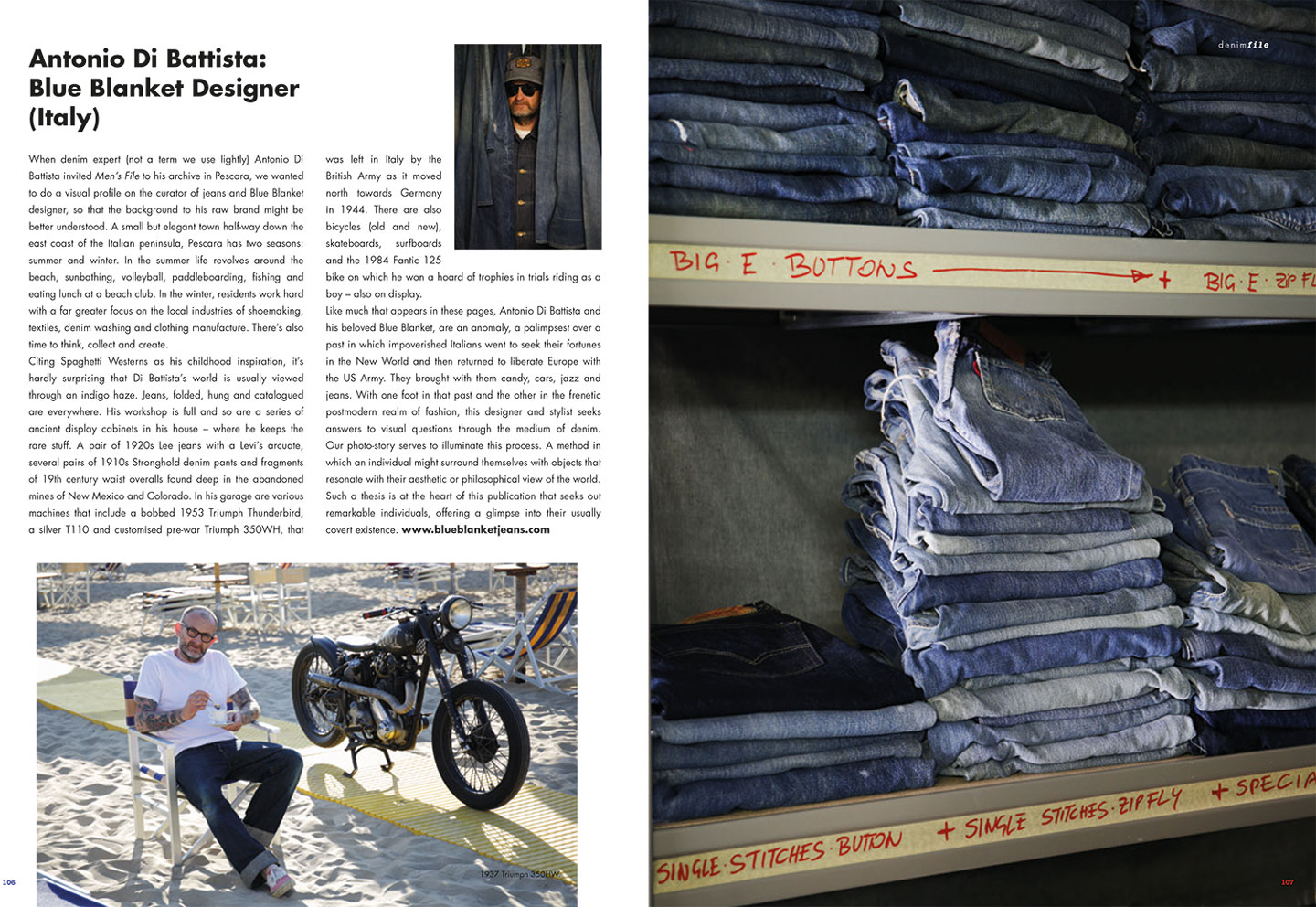 This is the London issue.

From Weller’s bleak post-punk evocation of youth violence on the underground to Dr Johnson’s observation that the capital might furnish one with everything life has to offer, we consider London through its current residents and the ongoing events that make the nation’s capital somehow different to other world centres. This city is where the Pre-Raphaelite Brotherhood established a new Bohemia in Chelsea, where Ruskin and Morris fought back against the inevitability of total industrialisation and the Bloomsbury Group looked out of elegant windows onto Georgian Squares. London is where Beardsley languished with consumption and where Crowley awoke to a Golden Dawn, that never bore his promised fruits and was, thus lamented by Bowie. This town, establish before the Roman conquest at a fording point on the father of English rivers, hosted Handel and Hendrix – in the same house, but not at the same time. The Beatles played Get Back on the roof of 3, Savile Row and looked as dandyish as George Brummel had done 200 years earlier. London is not only a city-centre, but a vast conurbation of ‘burbs and satellites like Bromley, Hersham and Rochester. These are often the powerhouses of subcultural creativity, the testing grounds for (usually) working-class Bohemians, who hone their visual messages in the high-schools and high streets of the suburban sprawl.

In this issue, we feature three important, but quite different, style-makers in Billy Childish, Christos Tolera and Jason Jules. When assessing individuals of this very independent provenance, we return, once again, to the realm of the ‘subculture of one’ or the single unit that operates effortlessly and unintentionally as a generator of style. Central to the phenomenon of the self-contained subculture seems to be the ability of the people in question to focus on a seldom explored subject such as the Indian clubs, the height of the crown of a felt hat or the roll of a lapel. Once the object of their attention becomes all-enthralling it eventually reaches a critical mass and style pours forth.

As always, there is also an internationalist element to these pages and we visit the So-Cal home of surfer, shaper and motorcyclist Chris Christenson and, from the same neck of the woods, moto-x stylist Ciaran Naran. There’s also Alex Ripa’s visit to Vanson’s New England factory and Nagoya-based Mr Nishiura’s 1946 BSA. In the final analysis, Men’s File is about people and their endeavours to move the aesthetics of existence forward and it is the remit of this magazine to act as a conduit between the lives of exceptional individuals and our readers. A glimpse is all we usually get, but such is the potency of these stories, that a few clicks of a camera shutter is usually enough to fire the imagination and, if that happens, then we have done our job.