A one-of-a-kind Talents Fashion Show featured the work of top talent to embrace tomorrow’s creatives. As part of the celebrations for Istituto Marangoni Dubai’s opening, the glittering Emirate city turned into the perfect venue for a phygital catwalk showcasing collections by five of the best graduates from the school’s Fashion Design courses in Milan, Florence, Paris, London and Shanghai. The défilé took place simultaneously at Dubai's Museum of the Future and in Istituto Marangoni Metaverse. Aptly titled ‘Reinventing the Future’, the event saw real models and their avatars walking on a futuristic runway in the heart of the Dubai International Financial Centre (DIFC). It was just a few steps from Gate 8, where a prestigious 1,050 square metre building now stands as a gateway to the world of Istituto Marangoni’s made-in-Italy fashion education. But the surprises were not over, and eight selected pieces by Rahul Mishra shone in the grand finale of this revolutionary experience merging tradition and innovation in such an impressive landscape. 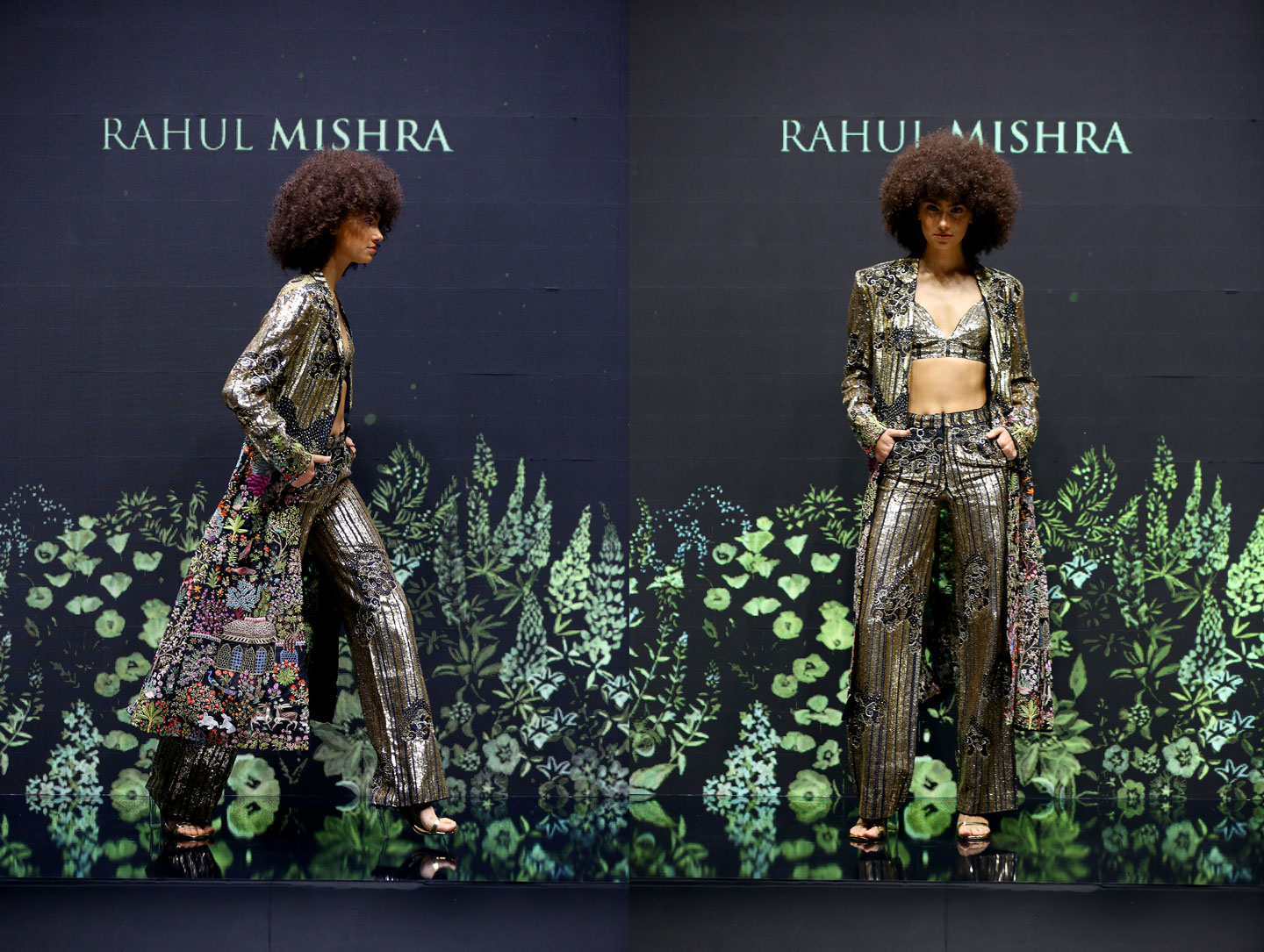 One of Istituto Marangoni’s most legendary alumni and the first Indian designer to show at Paris Haute Couture Week, Mishra paid tribute to the school by presenting some of his best looks. He combined India’s ancient craftsmanship with the industry’s contemporary sense of luxury and a sustainable, ethical, slow fashion approach. 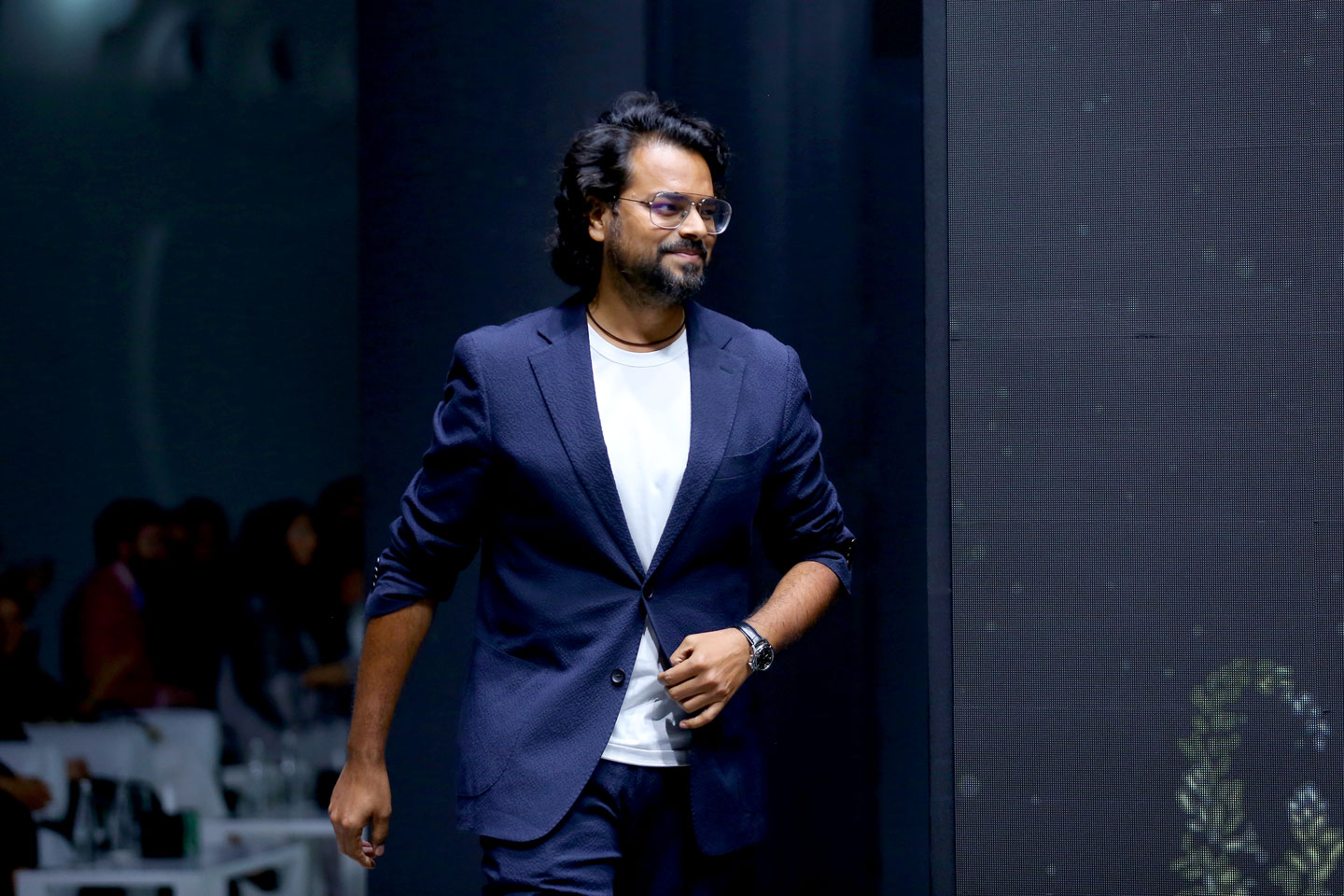 Rahul Mishra’s grand finale was greatly applauded, and it was immediately evident to the audience why he is said to have redefined the way Middle Eastern creatives are considered. The first Indian designer to win the International Woolmark Prize, past recipients of which include icons like Yves Saint Laurent and Karl Lagerfeld, Rahul Mishra showed at Milan Fashion Week numerous times and was invited to join the official schedule of Paris Couture Week. After graduating from Istituto Marangoni Milano in 2007, the couturier was also an ambassador for the school when it opened in Mumbai. Shortly before his flight to Dubai to participate in the celebrations of the new unit of the school where he studied, we caught up with Rahul Mishra in his Delhi studio. We talked more about his journey in fashion.

Not even two months ago, you showed your couture in the Ville lumière and got great reviews from the international press. While a student at Istituto Marangoni, did you ever dream of being on the Paris Couture Week catwalk one day?
Honestly, although we all have dreams, there was no real plan. When you step into a fashion college, you want to become somebody, to reach a certain level and be among the top brands. But I had no idea how it would happen or how soon. Before joining Istituto Marangoni, I had some experiences anyway. I once did a showcase in India as a Gen Next designer in 2006.

I remember that show! You had these beautiful jackets with embroideries…
Yes, that collection got me the scholarship to study at Istituto Marangoni. It was a design talent contest, and I just happened to participate and win! 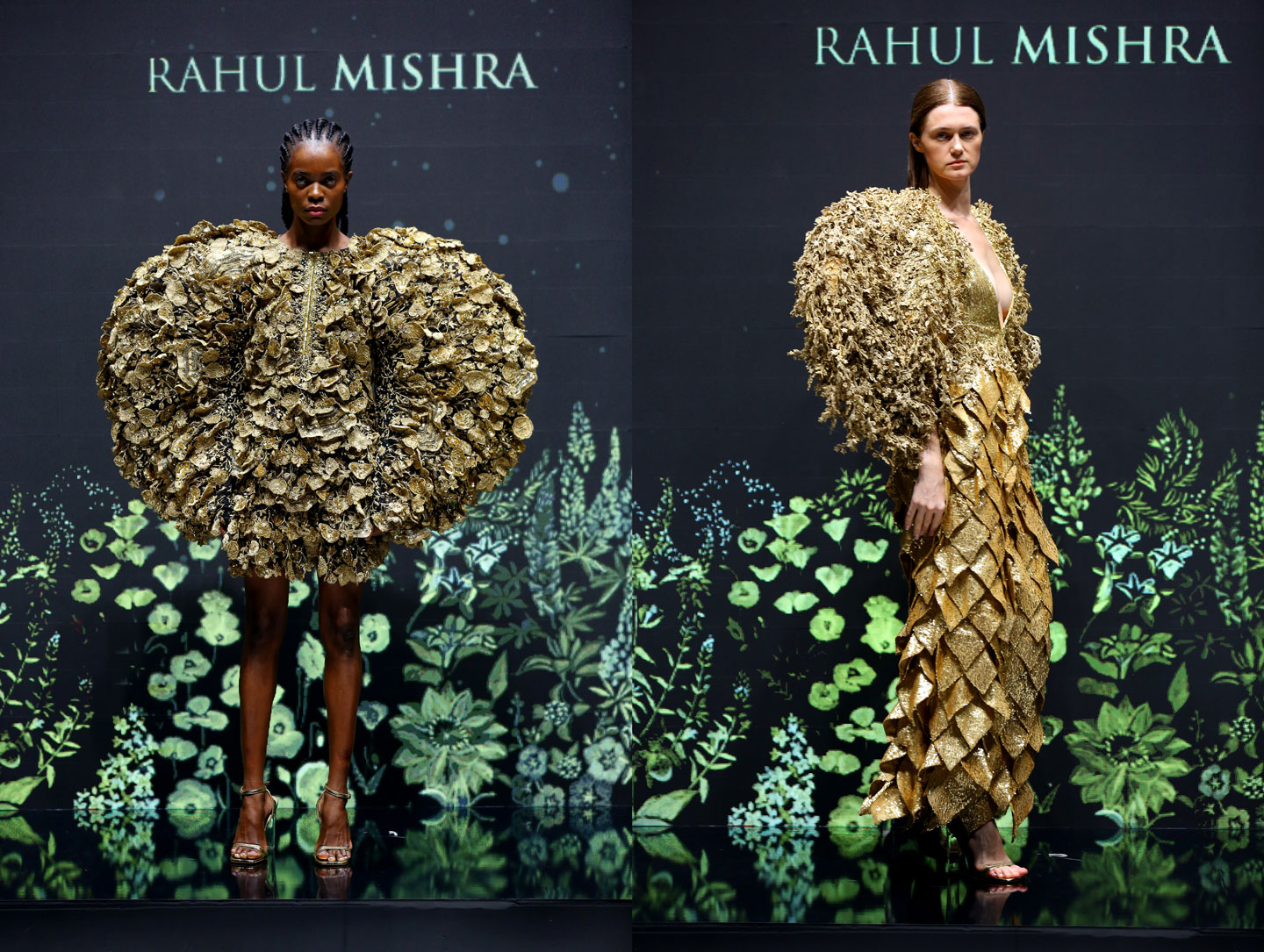 You have spoken a lot about the use of Indian crafts on the runways of Milan and Paris. Why has it taken so long for designers from south Asia to make a mark there in Paris?
I think it’s really a good time to be a designer or an entrepreneur, although it is very crowded out there. But it is a good moment if you are genuinely original, if your work is cool, and if you work hard. This unlocks more opportunities than ever before. If you come from India or south Asia in general, there could not be a better combination to create something unique and beautiful. So definitely, that’s a strength! At the same time, if you are a designer based out of Europe, in the Far or the Middle East, it is also a good opportunity because there is much more exposure. I remember many big brands were not accessible just ten years back,  while we can now see their good quality and good products, which is great for all the young graduates.

Why did you choose Istituto Marangoni for your studies?
Learning is always important. Also, when we work on a new collection, we try to think about new techniques we can explore or learn. After my design education, it was vital to go to Milan to understand what it takes to be the creator of a good and iconic product.

And you won the International Woolmark Prize in Milan, the place of your studies. It must have been really special to win that prize in a place where you spent so much time.
I remember walking into the room with the jury members, from Franca Sozzani to Carla Sozzani of 10 Corso Como to Tim Blanks, just a few steps away from my school. It was difficult for me to control my emotions. And when Franca Sozzani announced my name would also be a flash forever in my life. Just before announcing it, she found it slightly difficult to pronounce, making me think it could be my name! 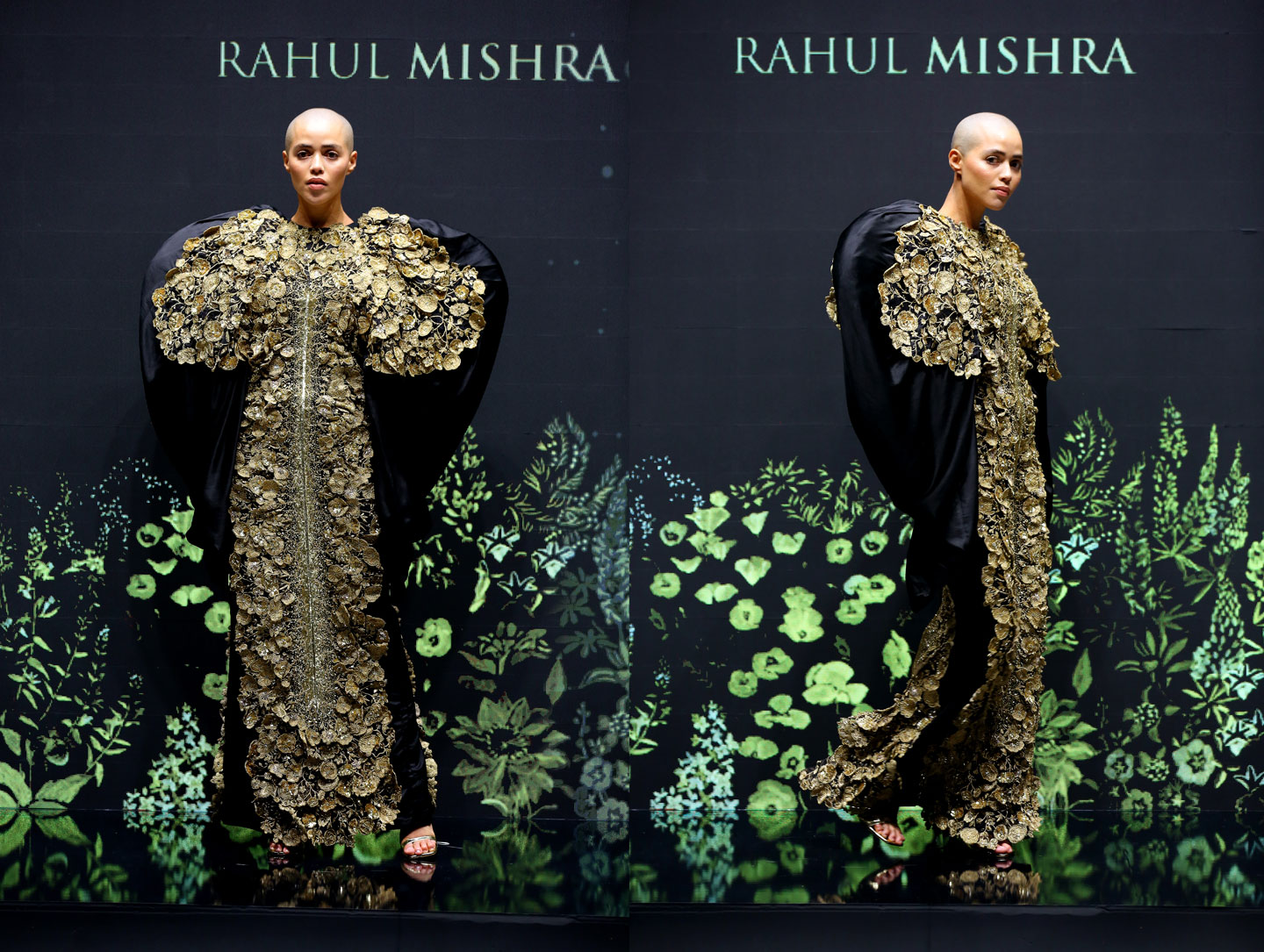 You also spent some time at the Istituto Marangoni Mumbai. What did you think when first you visited that campus?
First of all, the location and structure are amazing! And somehow, it has the vibe of Italian identity. Also, the space looked very familiar to me because I went to Istituto Marangoni Milan, and it almost felt like I was stepping back into that school nearly ten years after graduating there.

And now Istituto Marangoni is opening in Dubai. With this sort of East meets West hub, would you say this is a great place even for students from south Asia to look at coming?Not just from south Asia. Fashion has become more global than ever before, and the world is becoming a global village. It might be a great idea for not just Asian students to go to Dubai but even for European students to go there or spend one extra month on another campus. A creator must understand how people react to fashion and adapt to the trends.