Dress is a serious business, and Queen Elizabeth II understood it well. For the past 70 years, Her Majesty The Queen’s wardrobe has not been about fashion but clothes. Exchanging the gimmickry of short-lived trends, she treated her clothes as working tools that ensured comfort and propriety and provided visibility, decency, and immutability. She used it not only to connect with her people but also as a strategic weapon of national and international diplomacy. Elizabeth II’s flag was a block of colour, and her crests conveyed powerful messages, whether as embroidered symbols or pinned brooches. A virtually unchanging image, like Apple’s Logo, the Queen’s was a work of true visual branding. Here is how the Queen used her clothes to send signals to the world in 10 looks. 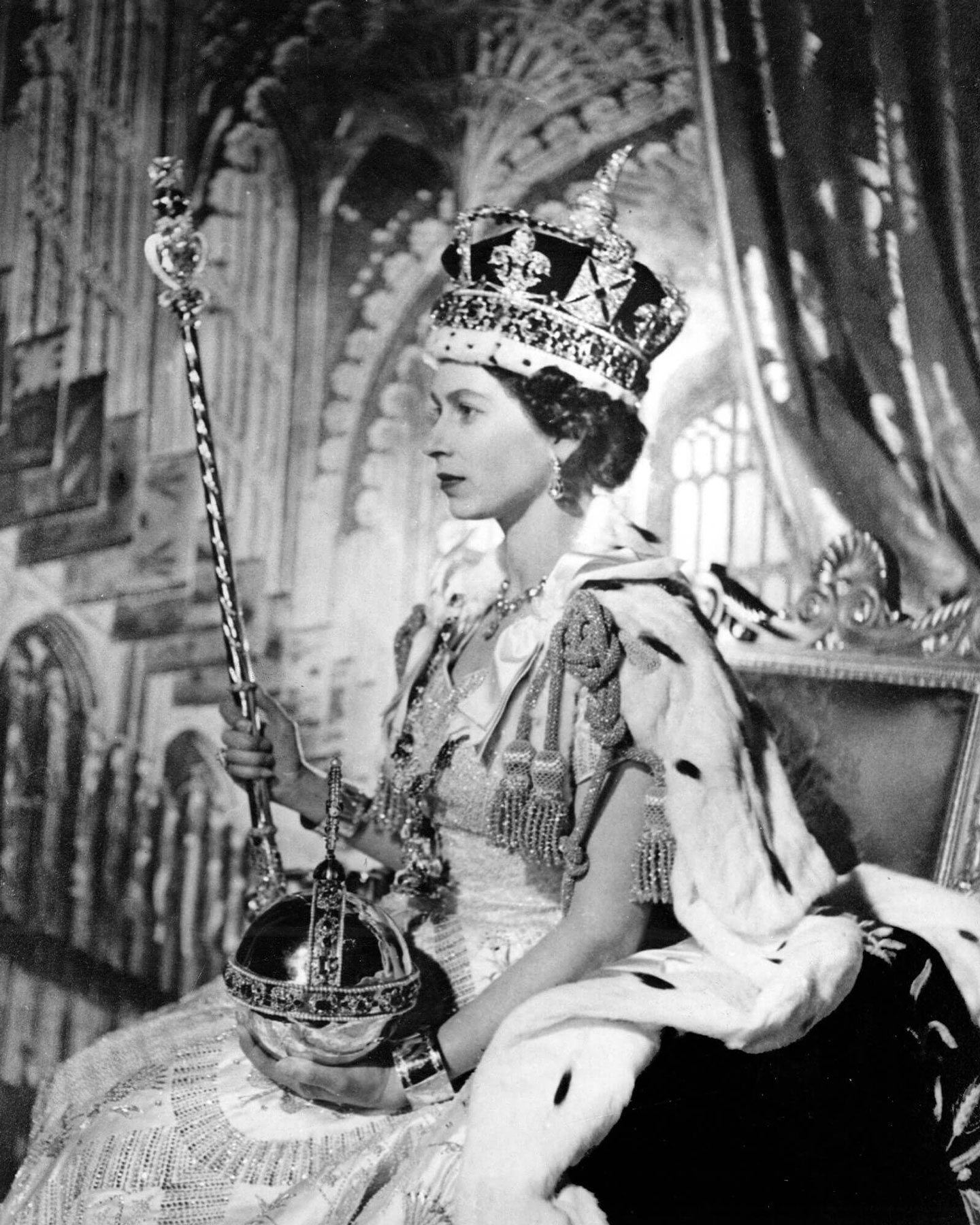 Elizabeth II’s coronation robe was perhaps the most iconic dress of her reign. Among nine designs by the couturier Norman Hartnell, the Queen chose a gown richly embroidered with floral emblems of the United Kingdom and its dominions. The original design of the dress included only the rose, the shamrock, the thistle and the leek, the emblems of the countries of the United Kingdom. But the Queen instructed the tailors to include the flowers of all the few nations that were then part of the Commonwealth, recognising their political value. Just after 65 years, history recurred in Meghan’s Wedding Dress, which included the floral embroideries of the British Dominions as a tribute to the Commonwealth and, especially, to the Queen. 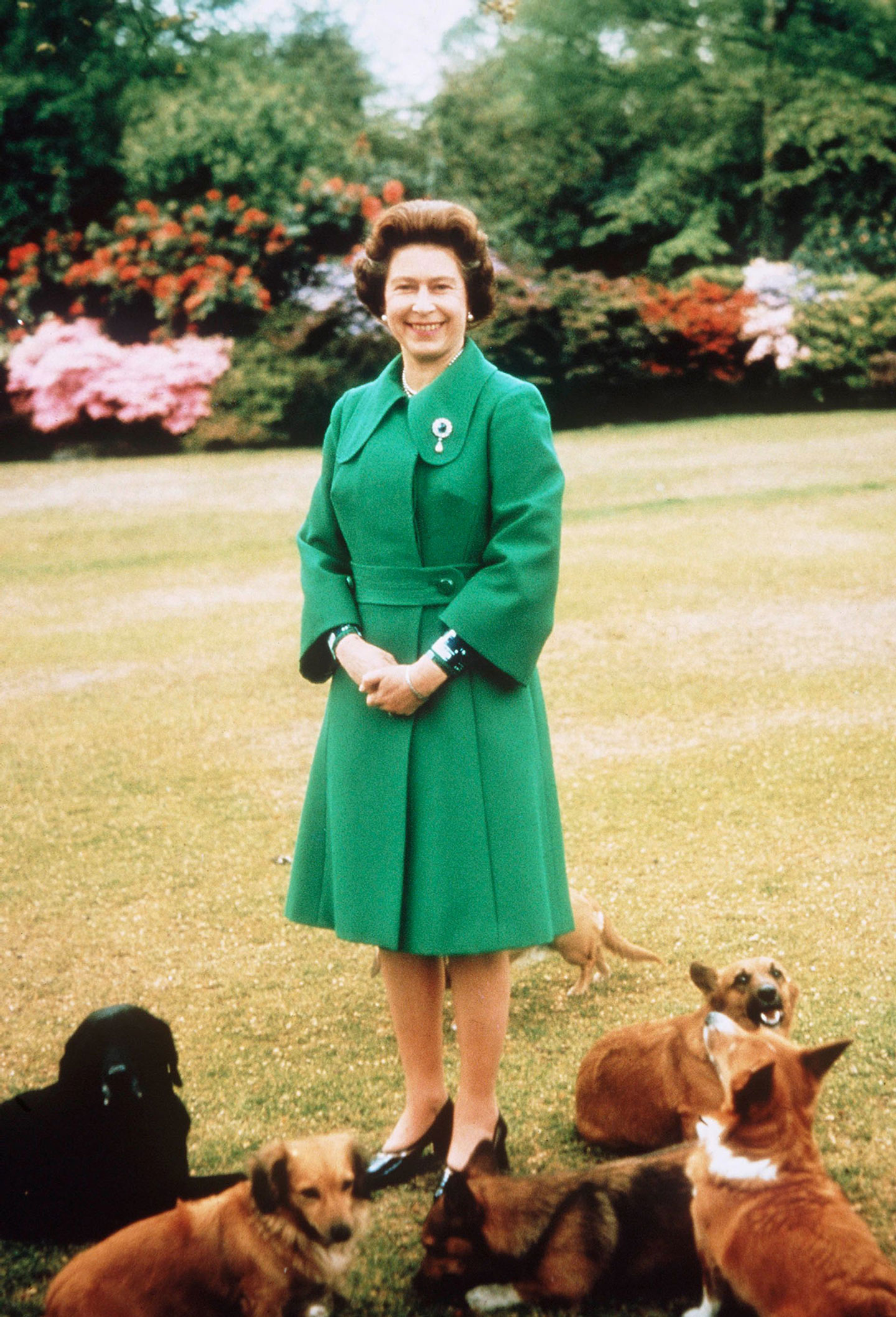 From the 1960s onwards, the Queen began to combine modern block colours - to stand out better in a crowd. Her couturiers, inspired by the work of French designers such as André Courrèges, Pierre Cardin and Yves Saint Lauren, produced square jackets, A-line skirts, and sheath dresses. All were adorned with a royal brooch at the shoulder as a reminder that some traditions always win out. 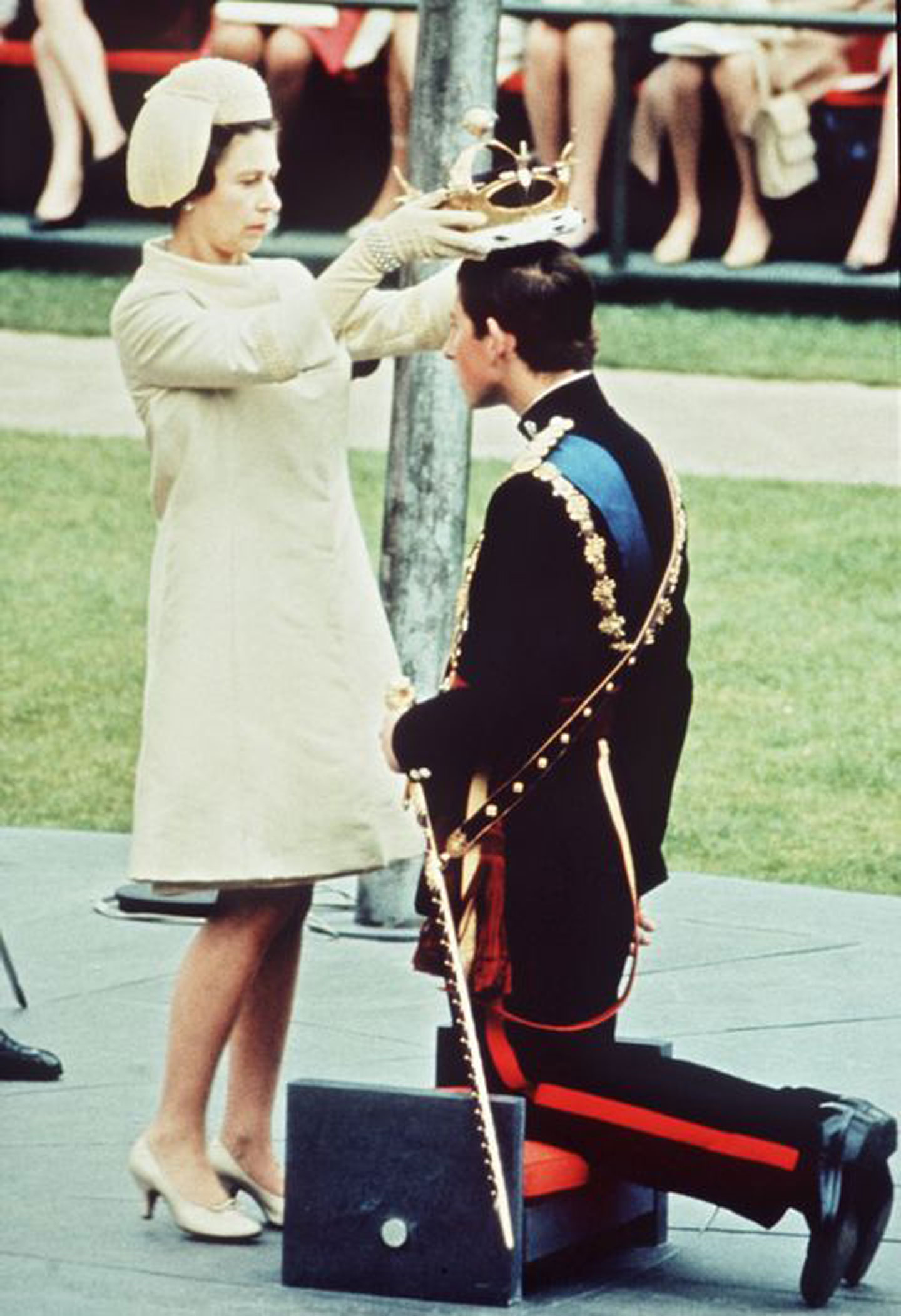 Looking back over the decades, it is remarkable how the Queen approached the 60s, a time of extraordinary revolution in fashion. She chose the elements that served her, keeping in mind their connotations: freedom of movement but not indecency, a touch of youthfulness but not irresponsibility, an allusion to relax and never to disorder. We see how she kept up with the times in this decade, appearing with a shorter hemline on the Prince of Wales’s investiture in 1969. For the occasion, the Queen wore a look described by the Royal Trust Collection as “A pale primrose yellow ensemble consisting of a long-sleeved silk crepe coat and matching tunic, both embroidered with pearls and beads.” 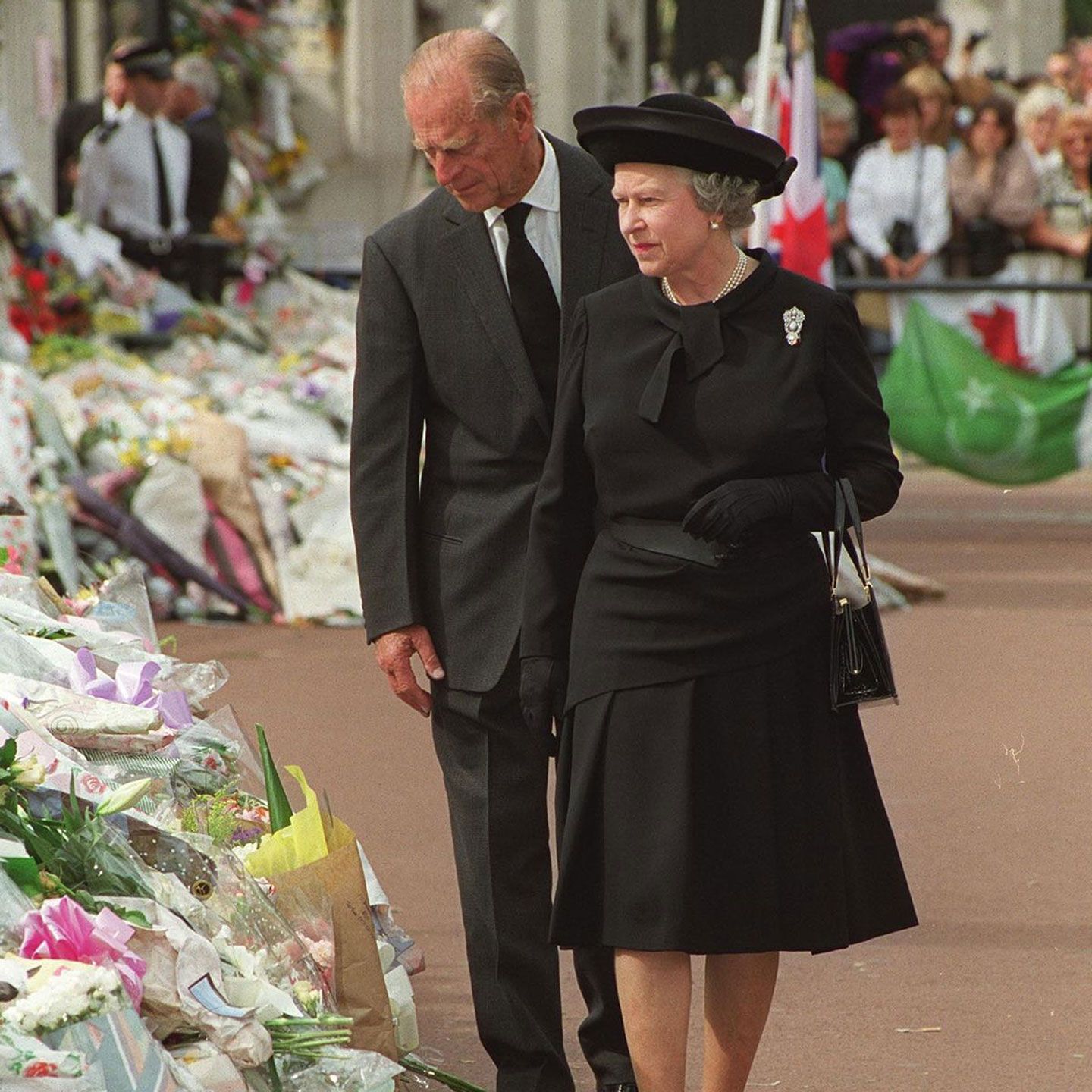 The Queen has always let dresses speak for her, expressing the emotions that a royal cannot. And with a sombre black dress, the Queen let the colour speak for her grief at the loss of Princess Diana. The look was, of course, complemented by one of the most important brooches of the Royal Collection: the distinctive Guards Brigade Diamond Brooch. Designed for Queen Mary, the diamond brooch brings together the insignia of the five regiments of the British Army and Commonwealth, including Grenadier, Coldstream, Scots, Irish and Welsh Guards.

Queen Elizabeth II was spotted in countless colourful outfits and is known for her effervescent combinations throughout her reign. One of her most famous pieces was the “Harlequin Sequin Dress” she wore to the Royal Variety Performance. She performed in a bold costume that featured a top with a row of colourful squares. The floor-length dress was yellow from the waist and beautifully caught the light. Her Majesty broke the stereotype that “the royals prefer to dress low-key” by wearing a bold multi-coloured look that dazzled the paparazzi.

Outside the service, Queen Elizabeth II best represented her “Britishness”. In keeping with the aristocratic life in Britain, which focused on country living and noble sports such as horse riding, her looks were from home brands such as Burberry and Barbour. They consisted of cashmere twinsets, tweed skirts and gabardine trench coats. The only foreign garment, the Hermès scarf, is, of course, the product of a company founded in horse saddlery. It is a natural association between a brand specialising in equestrian goods for decades and Elisabeth, who has always loved horses. In fact, at one of her beloved Royal Windsor Horse Shows, she is rarely seen without one of the French fashion house’s artfully screen-printed scarves. 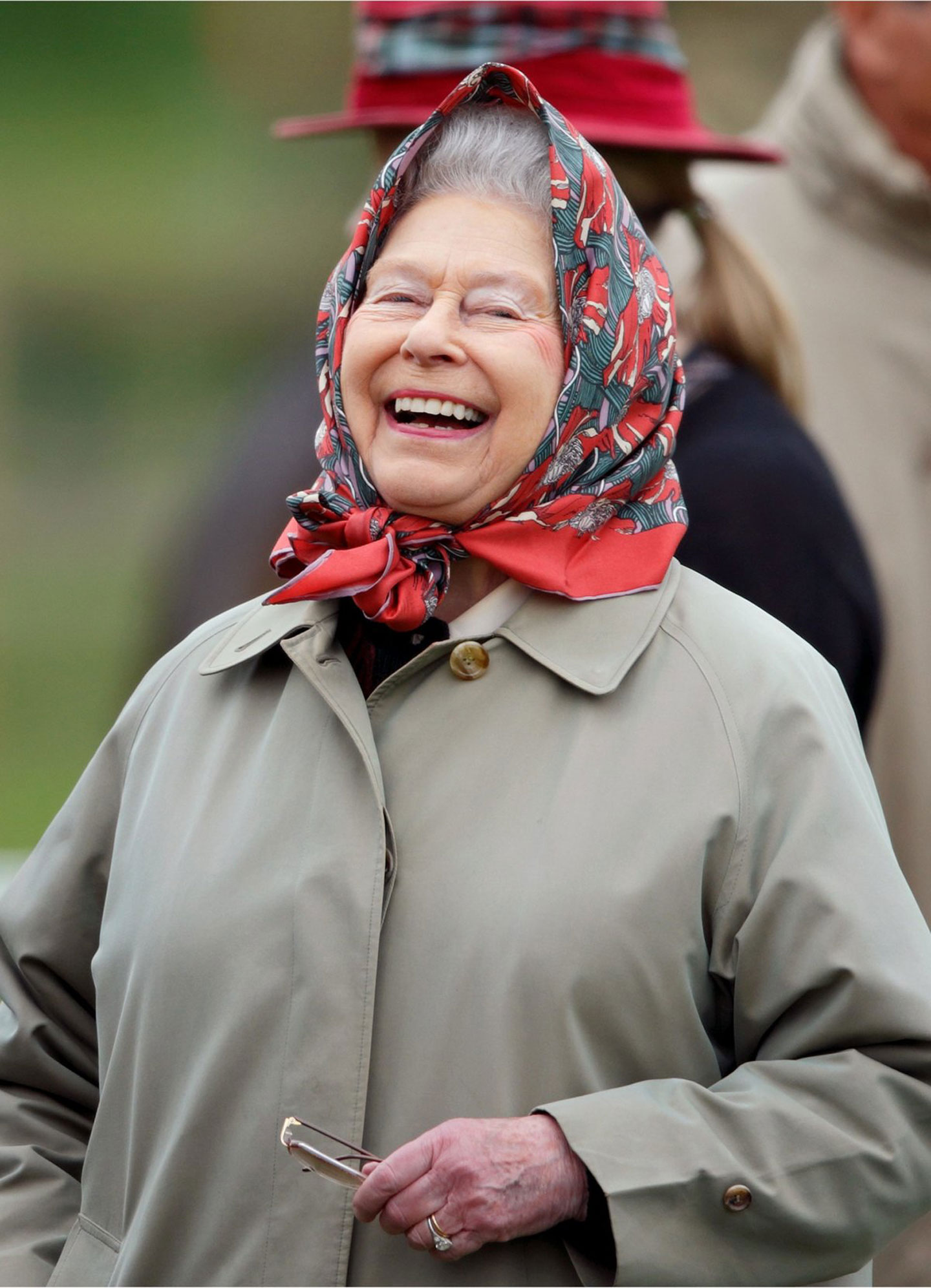 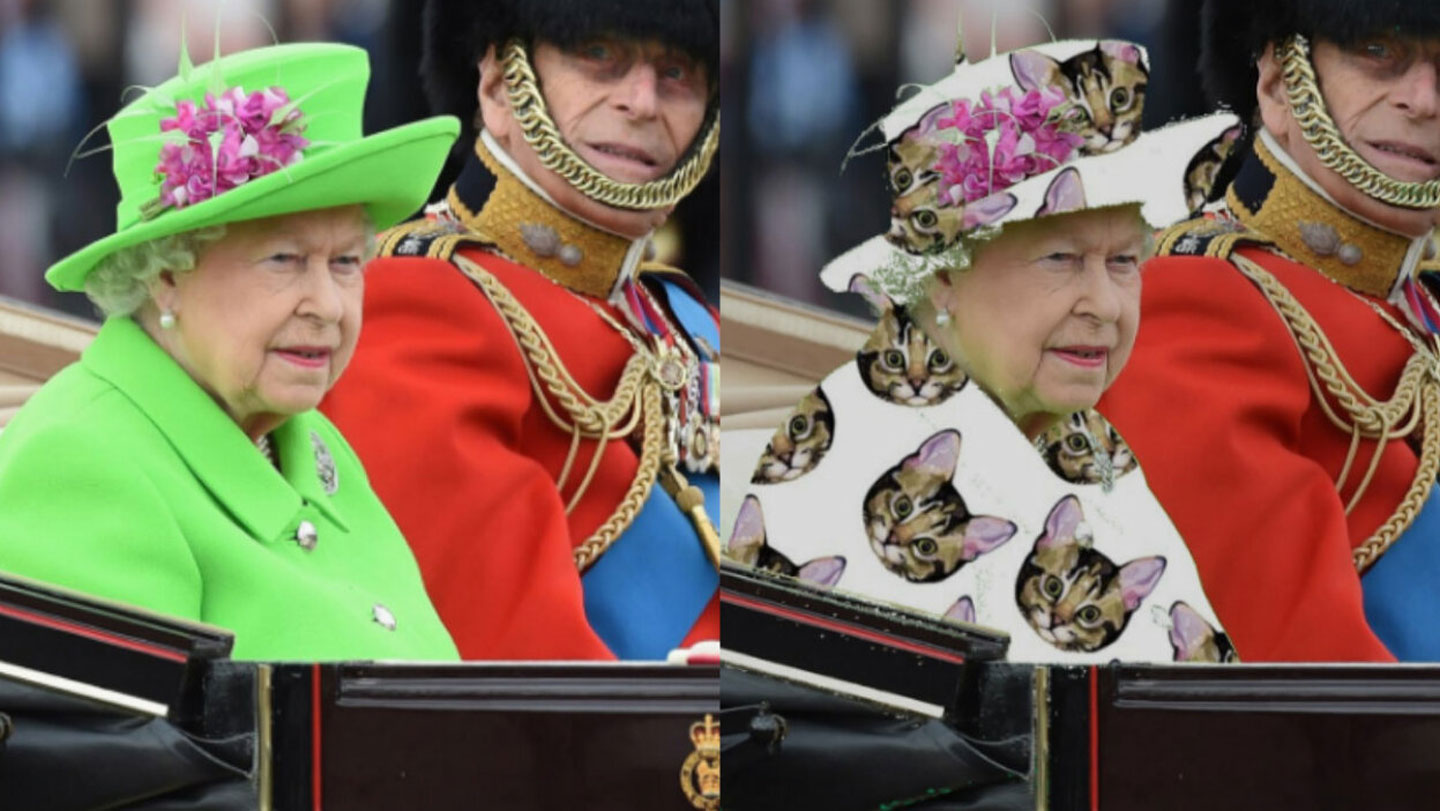 The Monarch made a bold fashion choice at her 90th birthday celebrations. For her appearance at the Queen’s Birthday Parade in 2016, she chose a lime-coloured coat and hat that triggered thousands of green-screen memes. The Queen has often joked, “If I wore beige, no one would know who I am”, and the Queen’s “green screen” outfit certainly made her stand out from the crowd. 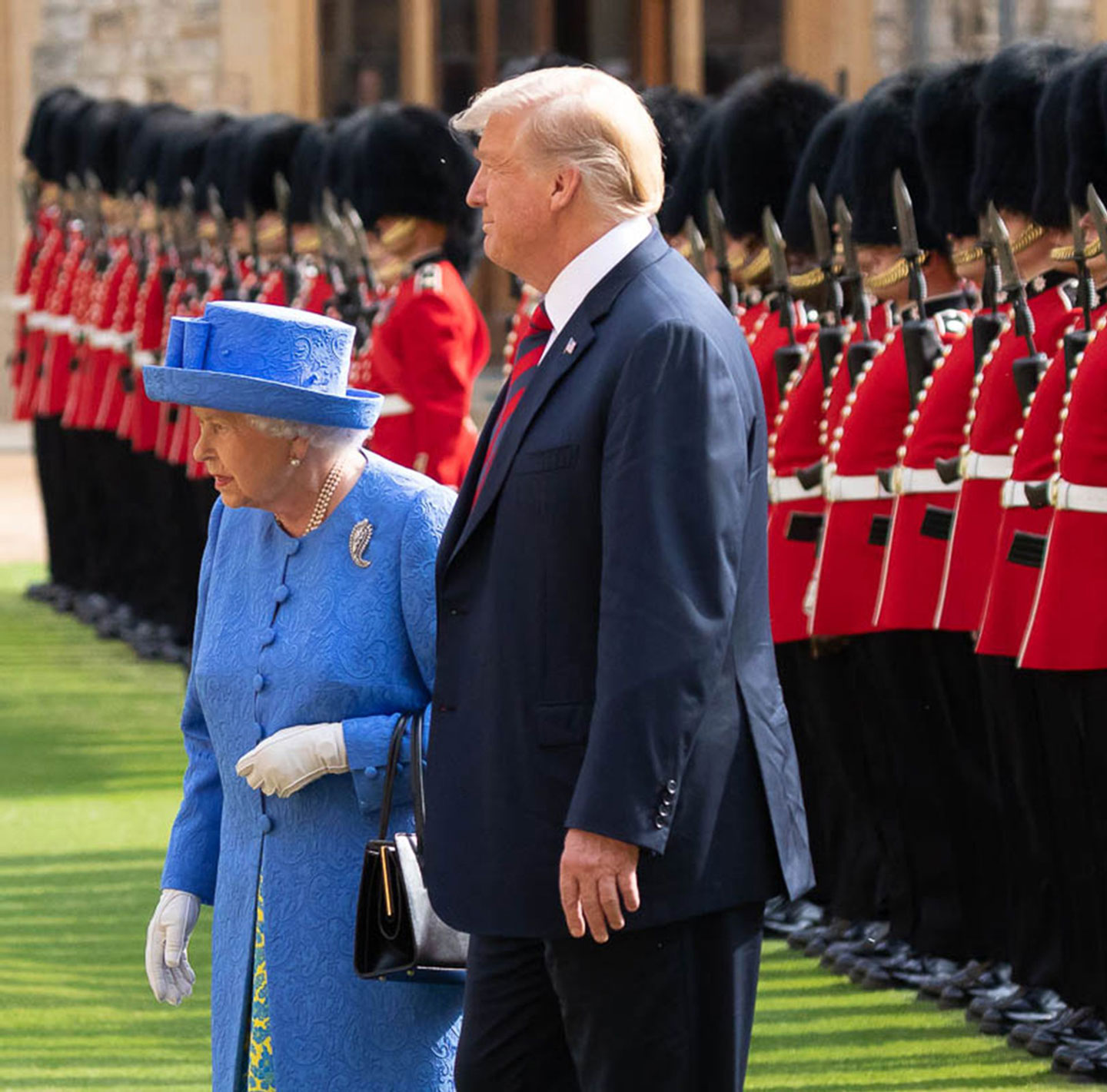 During the former US president’s visit, lovers of the royal family noticed that the queen wore a trio of brooches as if there was an anti-Trump code behind them. On the first day, the Queen wore a brooch representing a humble flower, a gift from the Republican president’s rivals, the Obamas. On the second day, the sapphire snowflake she received from the people of Canada, a country mocked by Trump, and on the third day, a brooch commonly worn in grief (and worn by the Queen Mother at the funeral of George VI). Could this have been a coded allusion to Donald Trump? 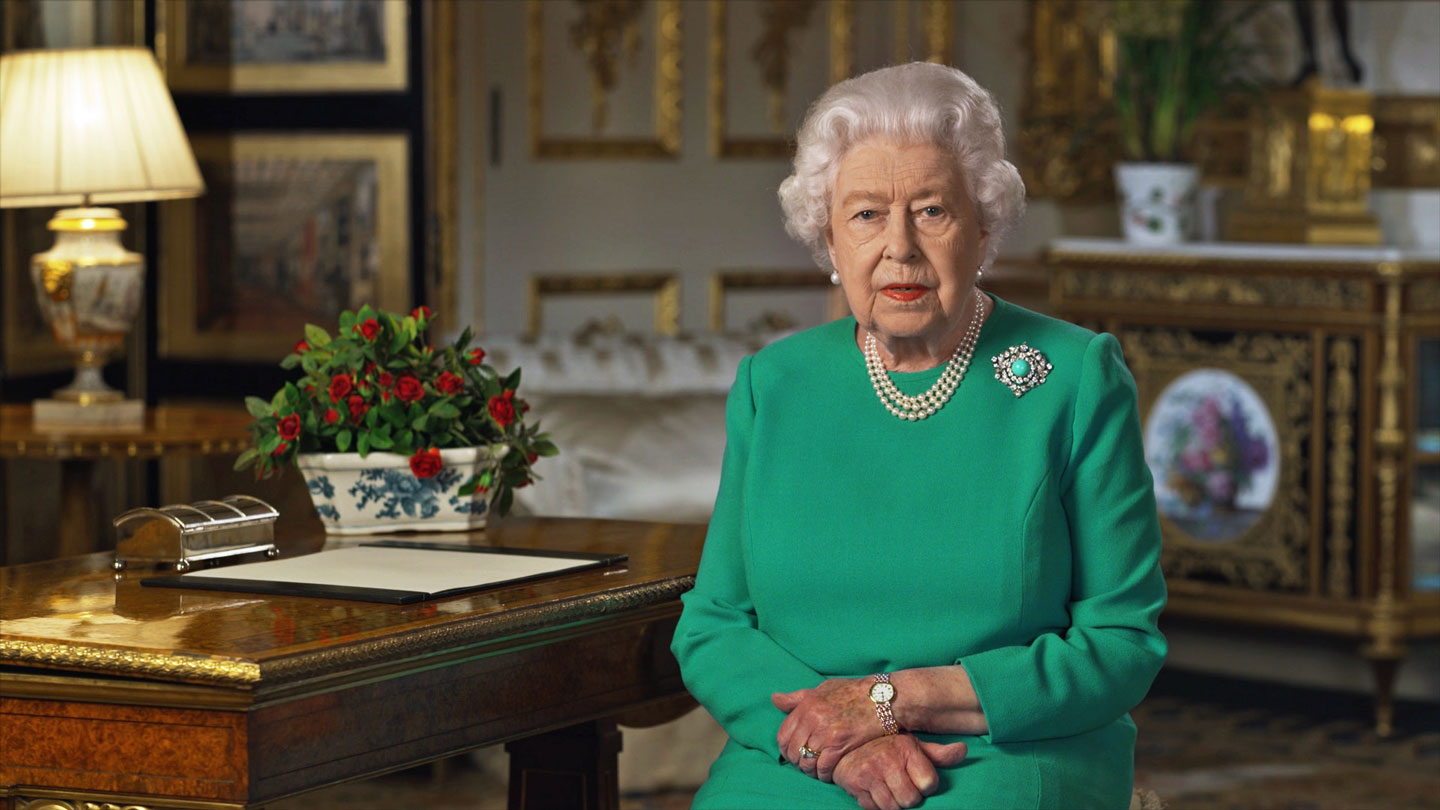 “Today, once again, many will feel a painful sense of separation from their loved ones. But now, we know it is the right thing to do.” Her tone during her hopeful address about the pandemic COVID -19 was calm and reassuring, as was the pastel tone of her looks. The language of her dress conveys tenderness, like the brooch, and turquoise represents protection and optimism. 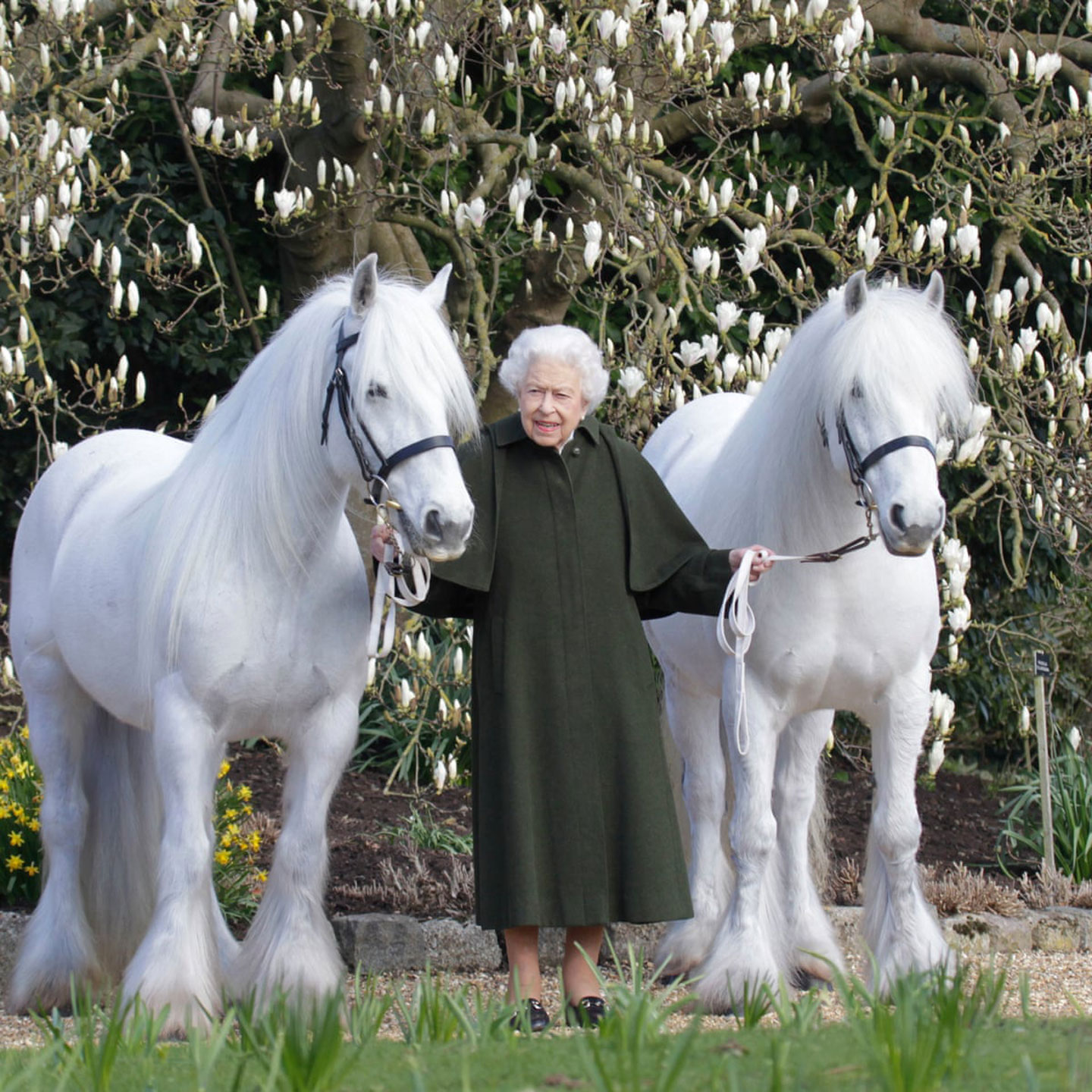 It is no coincidence - and it never is with the Queen - that a recent photograph taken to celebrate her Platinum Jubilee shows Elizabeth standing in front of blooming magnolias, holding the reins of a grey/platinum fur pony. Interestingly, she is wearing a coat with a loden cap, the traditional dress of the German upper classes. After all, she comes from the Hanoverian Dynasty. And she has never forgotten her origins.

They used to say that the royal family is notoriously discreet. They do not have to worry about anything: their security is virtually invulnerable. The clothes serve them, never the other way round. But as Amies told the Sunday Telegraph in 1997 about the Queen: “There’s always something cold and rather cruel about smart clothes that she wants to avoid.”

We remember the Queen,
Who passed away a few days ago,
And her warm magnificence,
To use dress to rally the world.