With the project targeting students from the Fashion Design Master’s course at Istituto Marangoni Milano, the designer caught up with them to map out their first steps, and the meeting turned into an extraordinary opportunity to share experiences and thoughts. 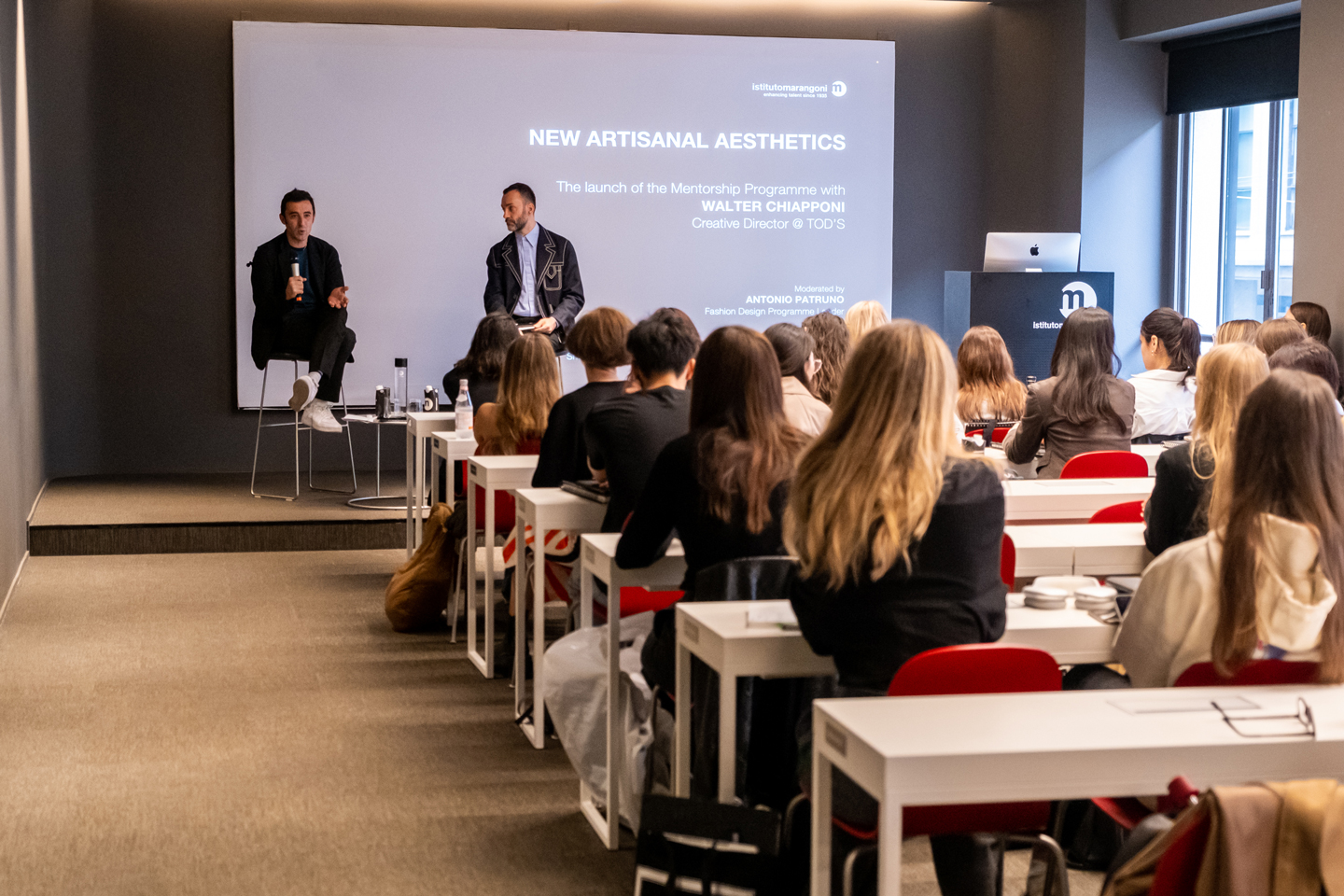 Walter Chiapponi, a life in fashion: the career of today’s Tod’s Creative Director before joining the Italian company

Chiapponi later started a short-term collaboration with Gianfranco Ferré before becoming Blumarine’s Design Director in the early 2000s. In those years – as today – that aesthetic worked well, and the Modena-based company enjoyed many top professionals among stylists and photographers, the likes of Helmut Newton. In the same town, in the region of Emilia, he received a call from Paris by Riccardo Tisci, then appointed as Creative Director at Givenchy. 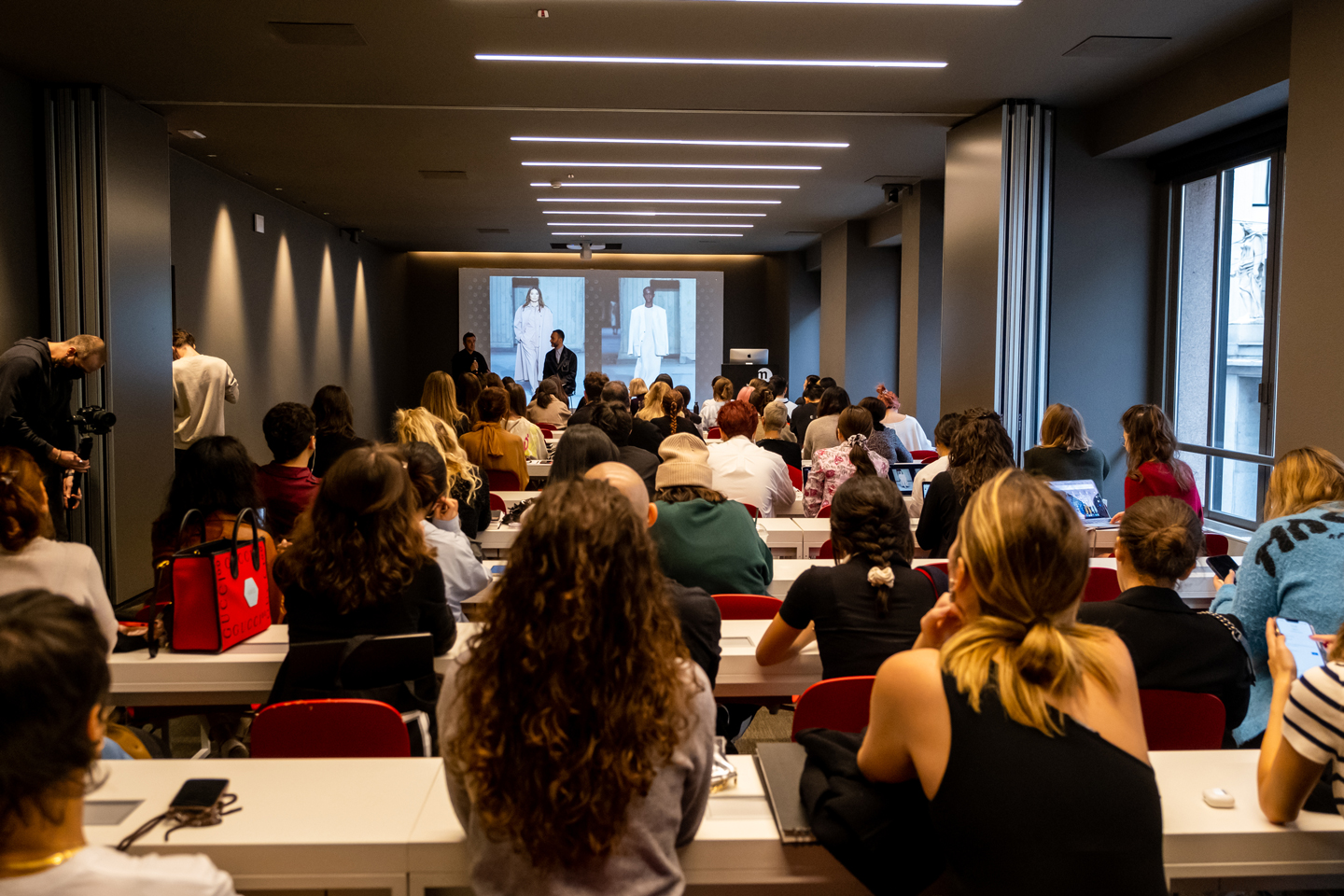 So, Walter Chiapponi moved to the “City of Couture,” where “everything is possible,” he stated. Leaving the Parisian dream behind, he got to know the reality of merchandising at Gucci, where he headed the tailoring department as Head Designer. While this journey might be enough to make an established designer’s career, Chiapponi’s path in fashion went on and reached even greater heights. He received another momentous call from “La signora di Milano,” Miuccia Prada.

Following this, Chiapponi became Chief Designer at Miu Miu and then at Bottega Veneta, where he collaborated first with Tomas Maier and later with Daniel Lee. Another phone call rang from Mr. Diego Della Valle (Chairman and CEO at Tod’s, one of Italy’s largest fashion groups, with a portfolio that spans Tod’s, Roger Vivier, Hogan and Fay), who offered him the creative direction of Tod’s. The rest is history. 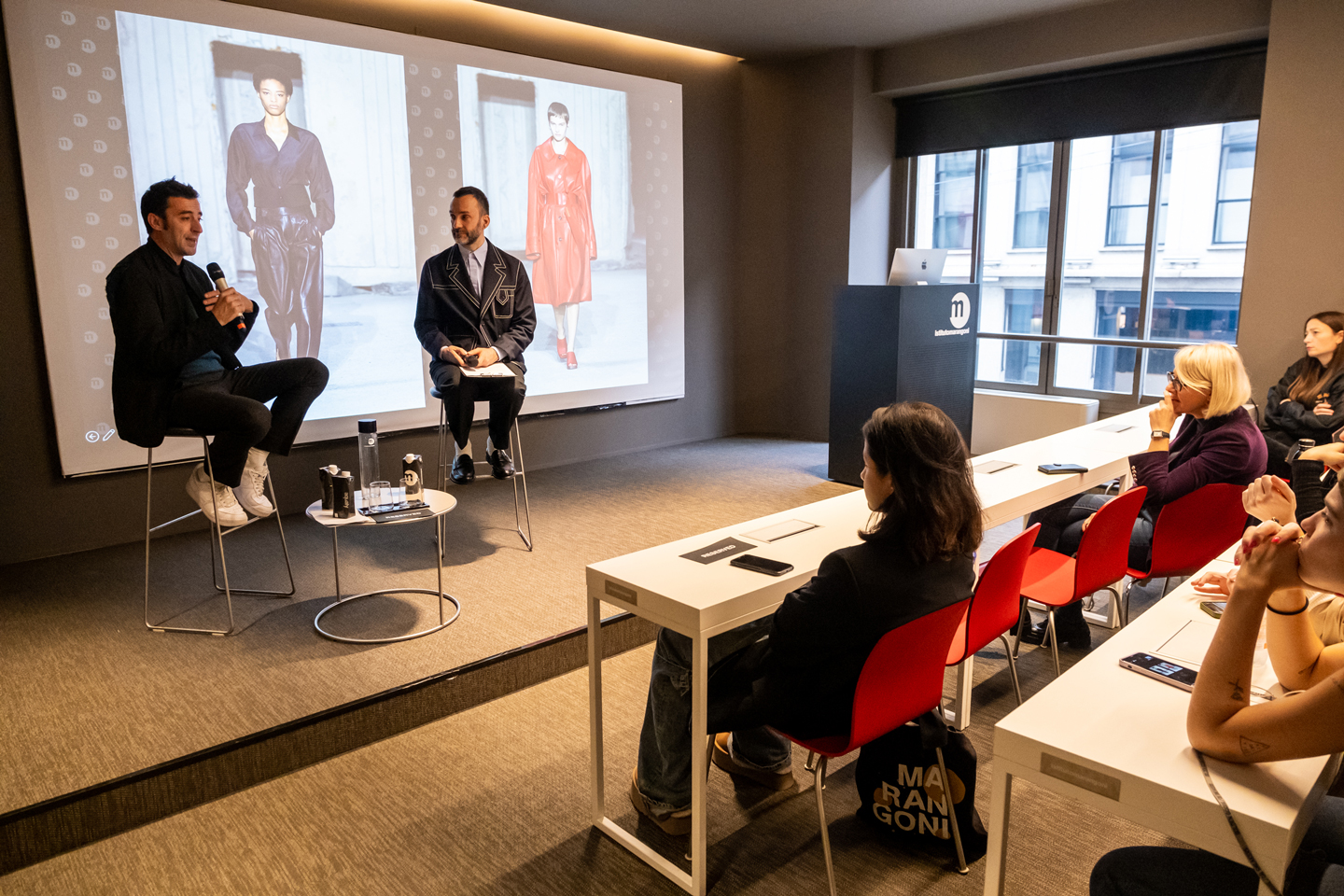 After stints at Gucci, Miu Miu and Bottega Veneta, Walter Chiapponi showed off his skills at Tod’s evolving Diego Della Valle brand from the Gommino up

A “well-credentialled but little-known designer”, as the Financial Times described him in those days, Walter Chiapponi was hired as the first Creative Director to oversee the entire Tod’s brand – from women’s and men’s collections to shoes, handbags and advertising. He joined the label not to turn Tod’s into a streetwear brand to hit the young target (as many companies do today). He did it “to combine Tod’s lifestyle with a touch of modernity, without losing sight of the high quality and craftsmanship that represents the brand’s DNA”, Della Valle said back then. 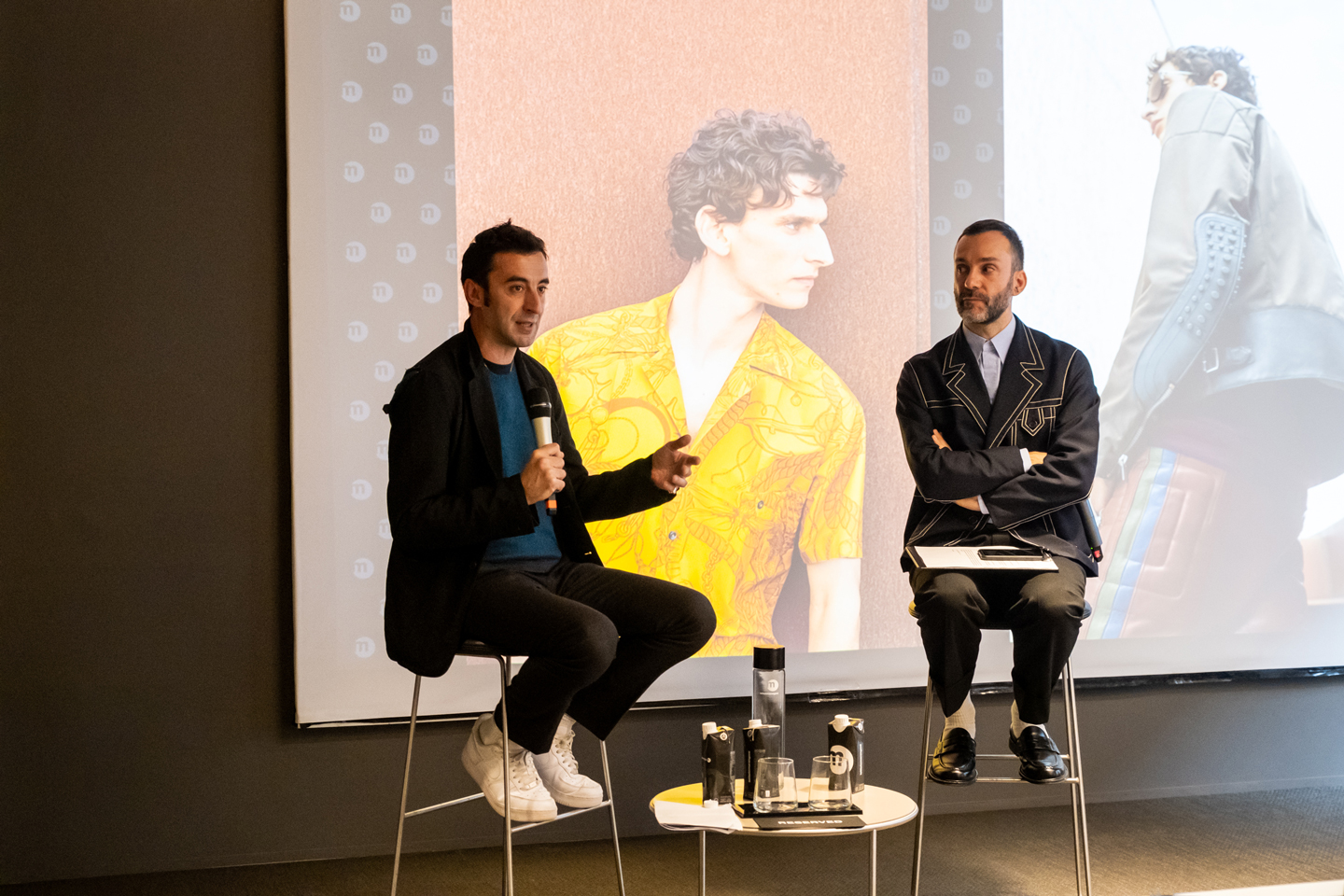 Walter Chiapponi thus worked to create signature linearity for the brand, making it emotional. Using natural palettes that blend with leather colours, Tod’s now competes with ready-to-wear as an everyday brand. The designer has started a gentle (r)evolution, as quiet and elegant as the person he wants to dress. Speaking about contemporary, he says that today the “weight of the object” is missing, meaning a lack of quality and craftsmanship. This is due to the well-known “return of the 2000s, where everything was intentionally poor and also intentionally synthetic.”

This is where a special project under Walter Chiapponi’s mentorship programme comes in, as the designer wants to integrate these two sides of fashion – the more traditional, artisanal, Made-in-Italy side dealing and the somewhat frivolous aspects of trends.

New Artisanal Aesthetics is an inspiring project that explores the values of Italian craftsmanship and translates the results into a capsule collection for autumn-winter 2023. The goal is to find new definitions for craftsmanship: a word often read as old and dusty, “craftsmanship” can take on entirely new meanings. 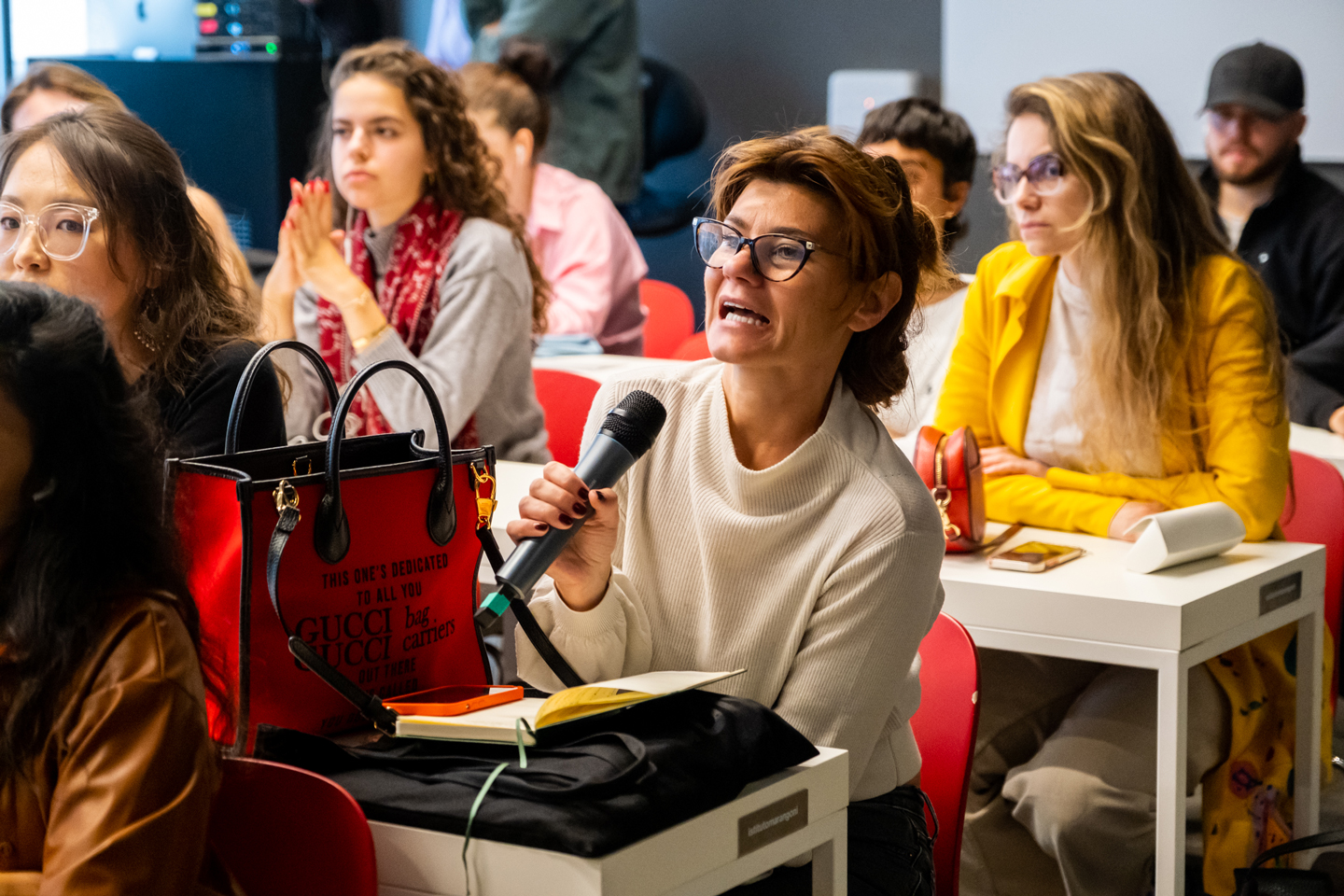 For Walter Chiapponi, handicrafts and artisanal creations are about “a creative idea that does not just spring from a drawing.” There are different ways to express an aesthetic style, “but if we talk about emotions, it is easier to connect them with raw materials and manipulation, design and experimentation in a more human, imperfect way. After all, humans are imperfect beings, and those flaws are what make us unique and special.”

As for colours, Tod’s Creative Director offered to continue the brand’s approach of natural palettes and tan tones, to convey the message of craftsmanship. Regarding embellishments, he asked the students to work on the details they felt closest to the brand’s heart: each piece has a unique story. 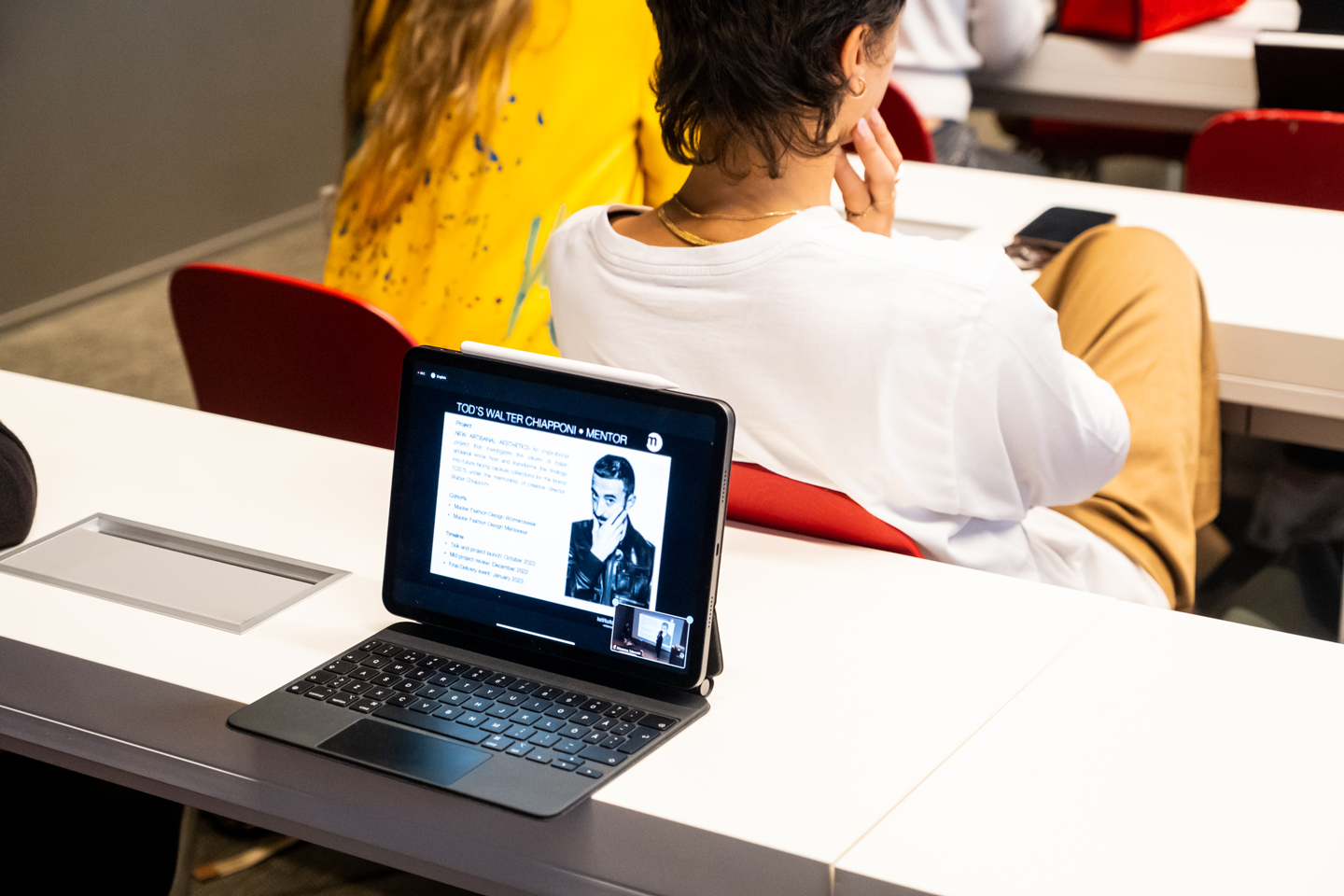 “All the things you draw need to be associated with a value, not purely aesthetic,” Walter pointed out. “Somehow, I want the students to convey an emotion with their drawings because the message is becoming more relevant than the item itself. That’s because today’s audience wants to be part of a world: yours.”