The new dress of China: The ugly shoe comeback

What does Gen Z think is cool, and what have they popularised? Crocs foam clogs, ugly fashion and ugly aesthetics, as Normcore has run out of days for Uglycore to blossom

According to an article published in Times Magazine in 2010, Crocs were among the 50 worst inventions hated by people. At the time, clogs were obsolete due to a shift in many people’s styles.

After debuting almost 20 years ago at a Florida boat show and spreading like wildfire – so that sales tripled between 2006 and 2007, and President George W. Bush wore Crocs, as did former first lady Michelle Obama – demand fell sharply and sales cratered, leading to $185 million in losses in 2008 alone. After its attractiveness in years gone by, the clog had become a strange, bizarre, weird and ugly item for many. 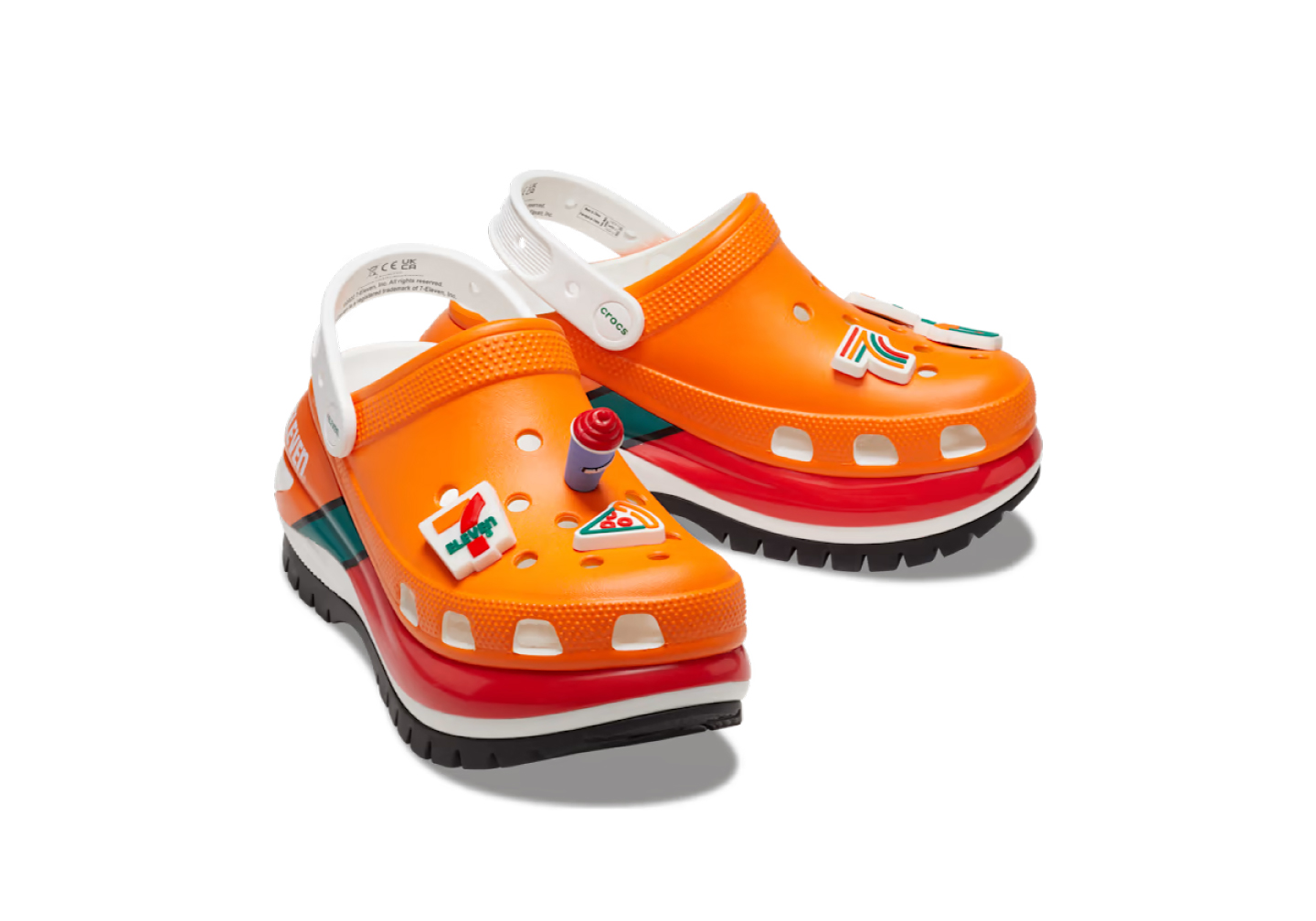 After years of dismissing them as hideous and pointless, people were now returning to their foam clogs as they perceived them as unmistakably, intergenerationally cool.

Established in Colorado, USA, Crocs said the pandemic led to a rapid boost in sales, and record profits followed. The Broomfield-based company posted a $153.5 million Q3 2021 profit, or $2.42 per share, on the worldwide sales revenue of $625.9 million. That more than doubled 2020’s third-quarter profit and accounted for a 73% year-over-year increase in third-quarter revenue.

With U.S. sales as the company’s growth driver, Crocs sold 25.4 million pairs of shoes in Q3 2021, a 50% increase over the same quarter in 2020. The average Crocs shopper spent $24.32 per purchase, almost 15% more than the average purchase in the previous year.

“We have climbed to be the sixth-highest preferred shoe brand for the age group,” Crocs said. With international sales expected to become a larger part of its future growth, at that time, the firm set a goal for Crocs to reach $5 billion in annual sales within five years and to sell 200 million pairs of shoes per year. 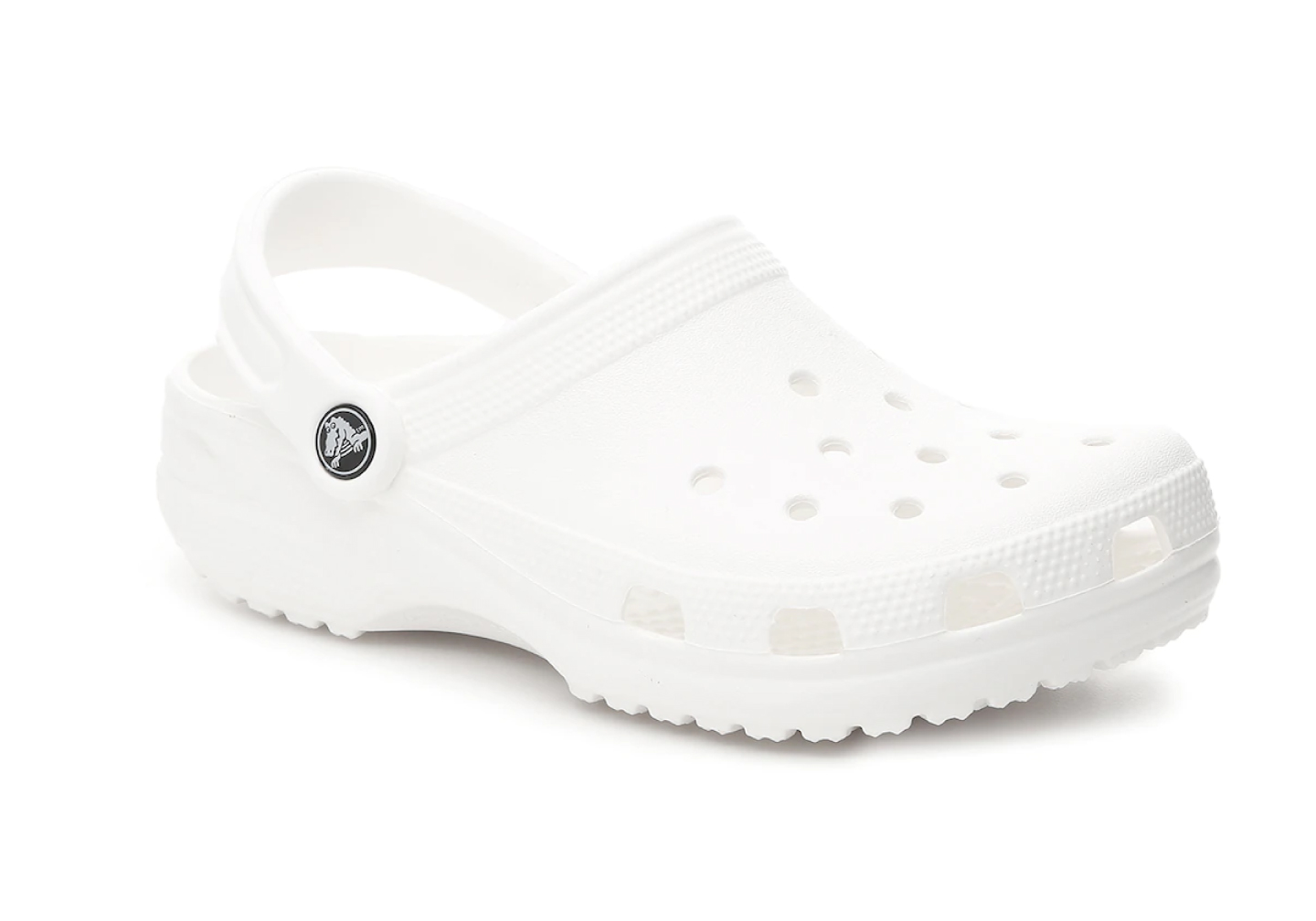 So, they boosted their marketing strategies with celebrities, musicians and social media influencers to spread their brand. Generating massive buzz on Instagram and TikTok, they collaborated with Justin Bieber, designers like Balenciaga’s Demna, and even fast-food chains such as KFC.

Not surprisingly, The Washington Post wrote in June 2021: “Crocs has unexpectedly turned its polarising crayon-coloured shoes into a hip, even glamorous, statement. Sales have skyrocketed during the pandemic as the brand expands its reach to toddlers, trendy teens and their grandparents.”

During the pandemic, lockdowns changed the lifestyle of many, bringing in work from home, home-schooling, etc. People prioritised comfort and ease as they spent more time in their homes. They no longer needed fancy clothes or Oxfords and Derby shoes to be tied. Crocs foam clogs may be weird, you may love or hate them, but they were perfect for those tough times.

Early in 2022, Crocs entered the new dress of China as they teamed up with singer, musician and actress Ouyang Nana. Who’s that girl Gen Z Chinese consumers identify with?

With their ugly shoes, teens and Gen Zers around the world have replaced minimalist silhouettes and clean lines with chunky accents, sky-high platforms, and comfort-first designs. Even in China. This has been a big wake-up call for Crocs, chasing the Land of the Dragon as the world’s second-largest shoe market after the United States. That’s why the company recently teamed up with singer, musician and actress Ouyang Nana to target Gen Z Chinese consumers. 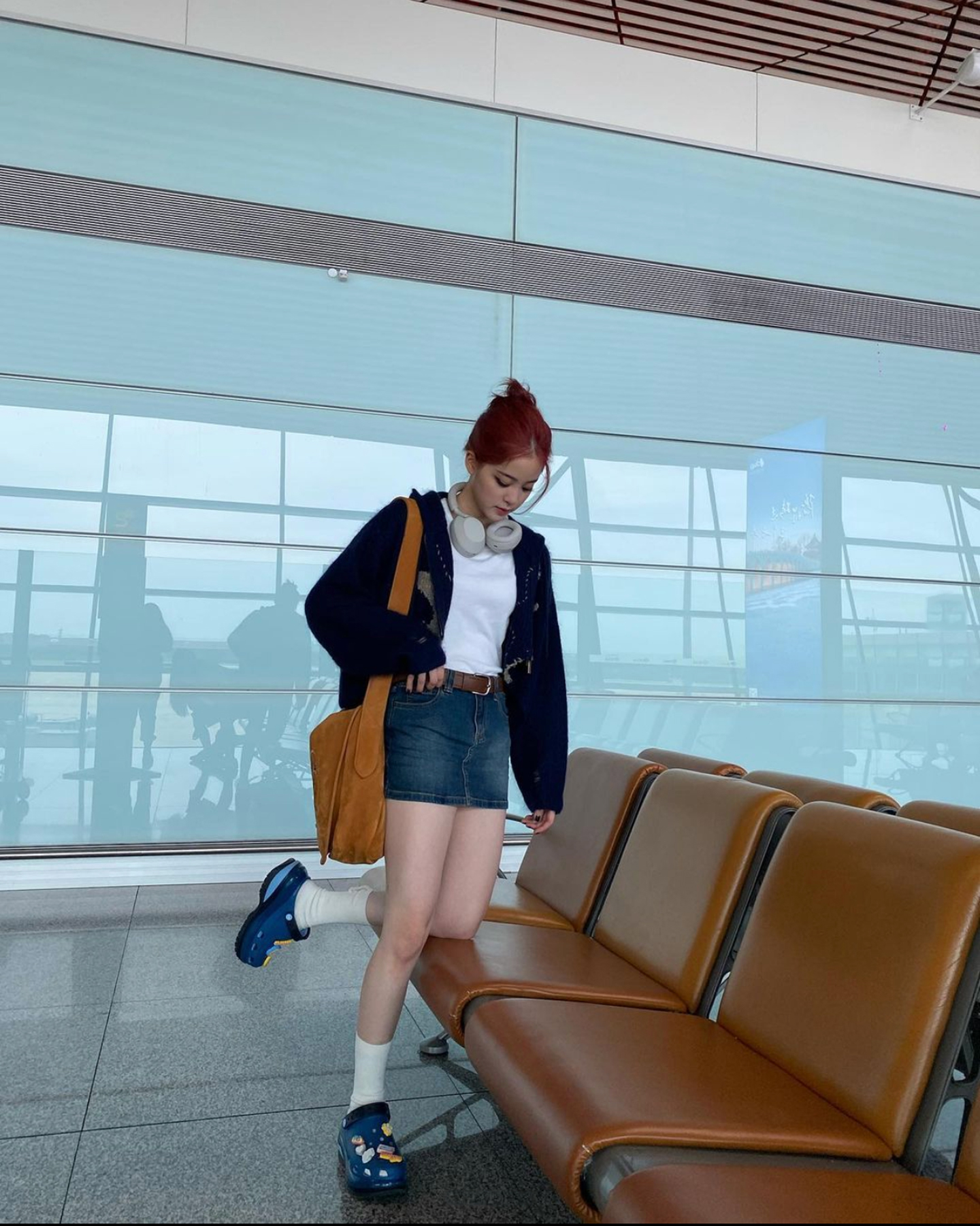 After entering the Chinese market in 2006, Crocs planned to bring to China the success they experienced in Western areas with celebrity collaborations to fuel sales. In April 2019, they partnered with Chinese-American designer Vivienne Tam during Shanghai Fashion Week and introduced styles specifically designed for China – the first time they produced co-branded products for a local market. Then, Crocs tapped Chinese actress Yang Mi as a brand ambassador for its Come As You Are campaign for 2020, following Post Malone.

Earlier this year, the time finally came for Crocs and Ouyang Nana to bring a joint limited-edition shoe to market: Crocs x Nana with Room 1042 Little Whale Retro Crocs. Under her personal brand Room 1042, Ouyang Nana designed a pair of clogs inspired by her multifaceted life; having broken into different fields such as music, drama and art, she switches between multiple identities. 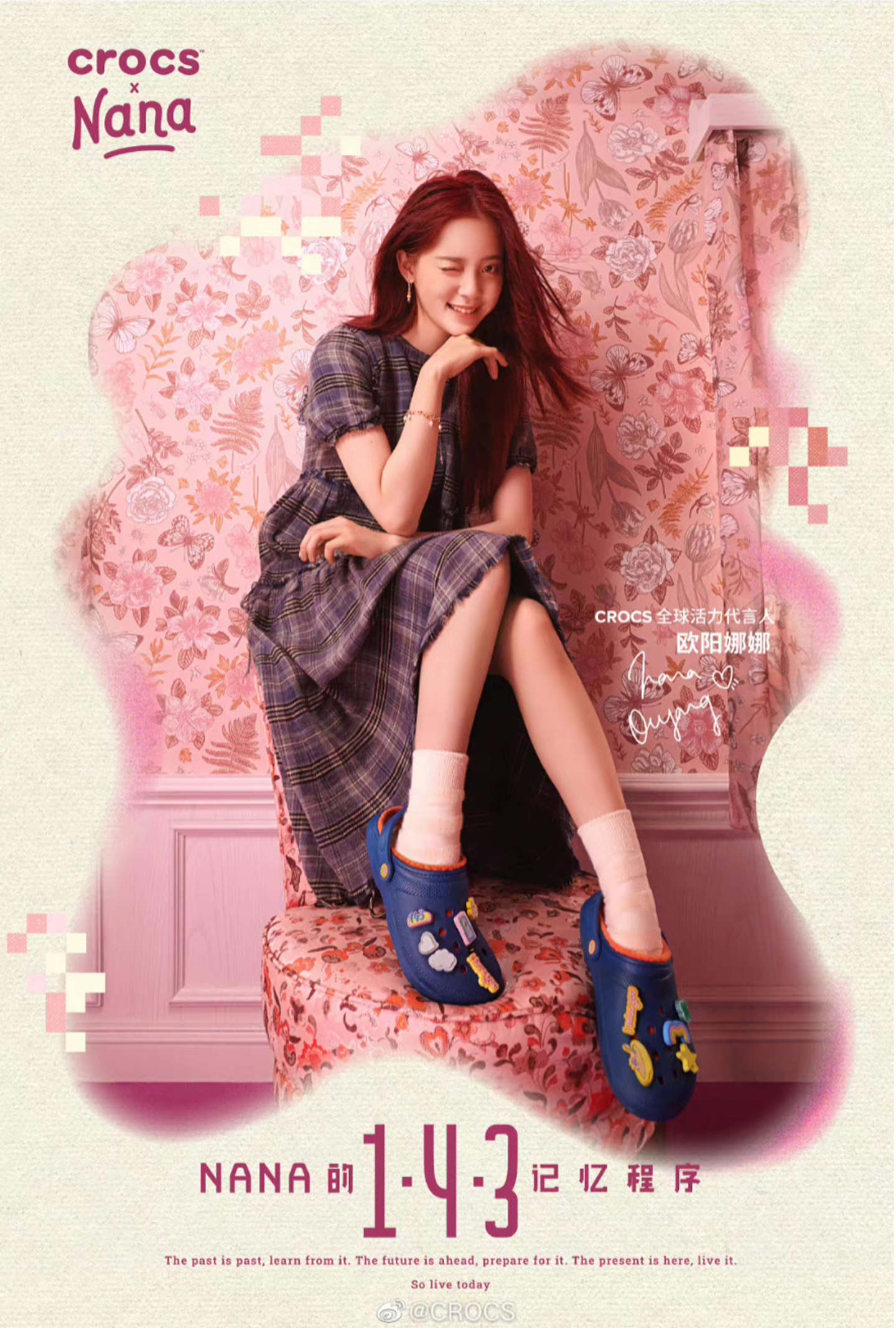 Resulting in a pair of sweet, candy-coloured, eye-catching and stylish co-branded clogs, the collaboration between Crocs and Ouyang Nana is anything but instinct-driven. That’s marketing.

You might now ask: “Who is the girl Generation Z Chinese consumers identify with?”. And why was she the key for Crocs to enter the new dress of China? As a role model for Generation Z in China, Ouyang Nana’s sense of style has influenced many teenagers, and there is even a topic named “Which 18-year-old wouldn’t wish to live like Ouyang Nana?”

The second-born of the family, Ouyang Nana began studying classical music when she was very young but later quit her studies and returned to China to film TV dramas. Since going to Berkeley, she has made vlogs of her life on the Internet, becoming popular thanks to her charming personality.

Besides her colourful everyday life, Ouyang Nana’s outfits have also captured the attention of Chinese Gen Zers. She has been cast in several variety shows, films and fashion advertisements. As a new favourite, she has become a Chinese ambassador for major brands such as Chanel, Converse and Victoria’s Secret. She is undoubtedly the best fashion icon of the country’s Generation Z.

Besides functionality and comfort, unique fashionable details are also a key attraction for consumers buying Crocs foam clogs. Worth noting is that these shoes can be customised thanks to Crocs’ highly profitable Jibbitz charms, which come in hundreds of styles and pop into the clog’s ventilation holes.

Since Generation Z does not appreciate popular aesthetics but pursues individual personality and does not like goods that look like other people’s, customisable Crocs are now popular.

As Ouyang Nana is also a member of Generation Z, her fashion tastes mirror those of other individuals born from 1997 to 2012. By adding Crocs clogs to her outfit, she has also changed the image of these clogs in many young Chinese people’s minds. They have started to consider them not only as comfortable but as eclectic, colourful, and, most of all, unique fashion pieces. 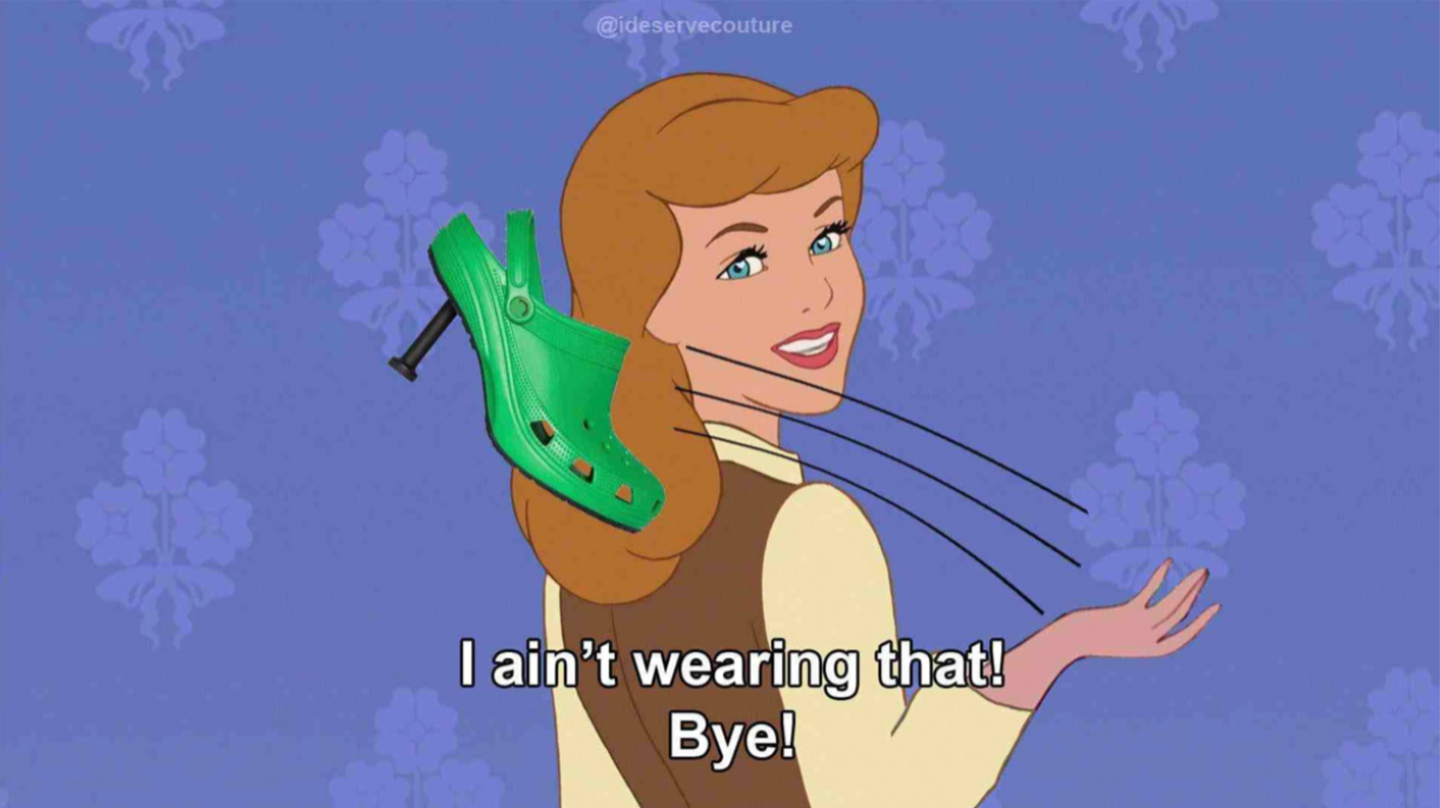 Clogs are making a comeback among young Chinese since Crocs continues to drive greater brand recognition across the Land of the Dragon. Love them or hate them, ugly shoes are back as the new dress of China.