Vivienne Westwood, a portrait of a maverick

Whether you call her the “priestess of punk” or a “batty activist fighting consumerism and capitalism”, boring is hardly the adjective you would apply to the life of Dame Vivienne Westwood, who passed away at the age of 81. 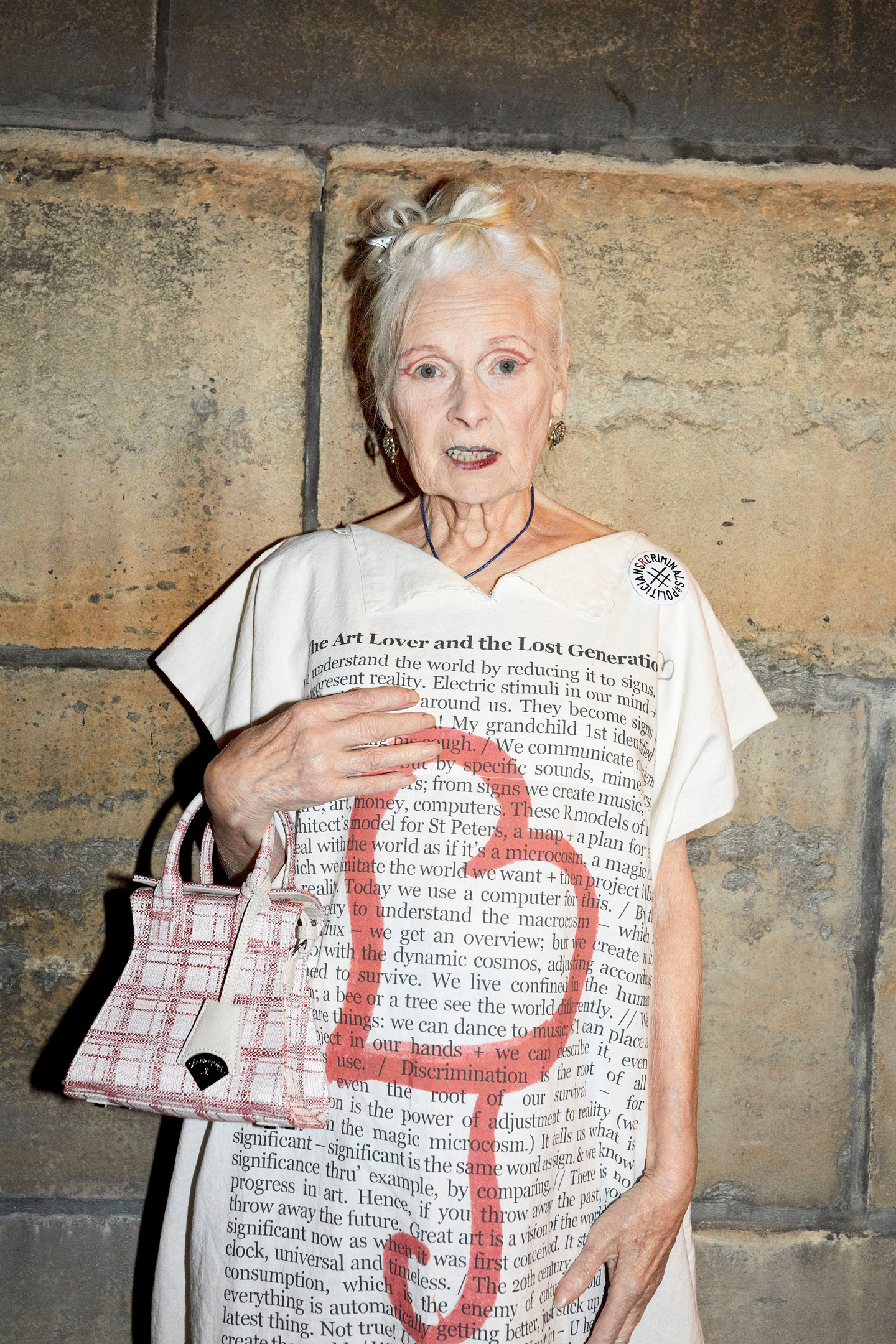 After her dazzling start in King’s Road in London’s Chelsea district, Westwood reinvented herself as one of the most influential British fashion designers of the 20th century. When she was appointed OBE in 1992, she went to Buckingham Palace in a finely tailored suit but wore no knickers beneath; she had appeared on the cover of the British magazine Tatler earlier, coiffed à la Margaret Thatcher in 1989. 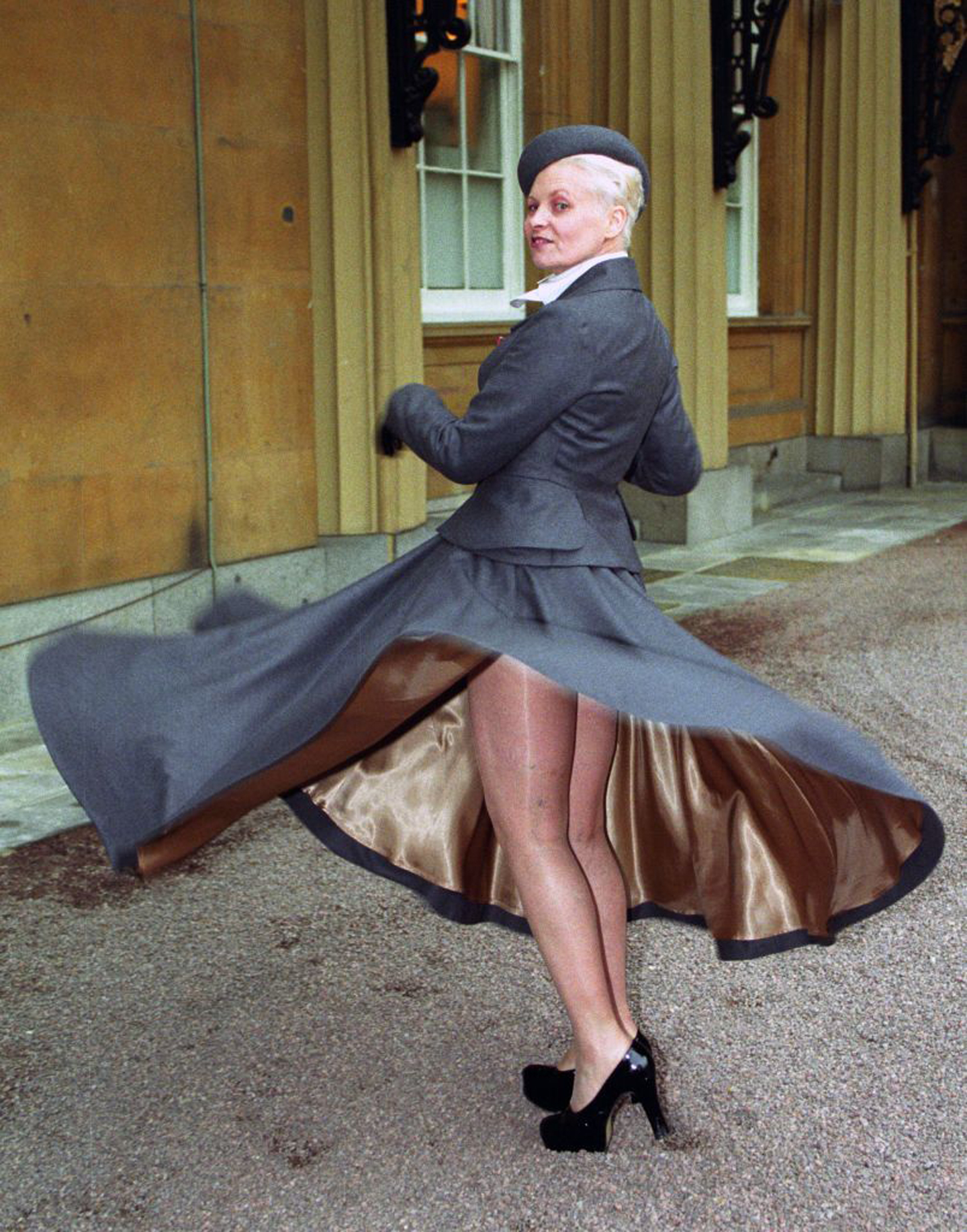 Of course, fixing such an unconventional life in a single portrait is not easy. A woman with a strong character, Vivienne Westwood was determined not to be stopped by the establishment, the mainstream or the logic of power. She hated mediocrity and knew how to speak of freedom through crinolines, tartans and a restless punk aesthetic. 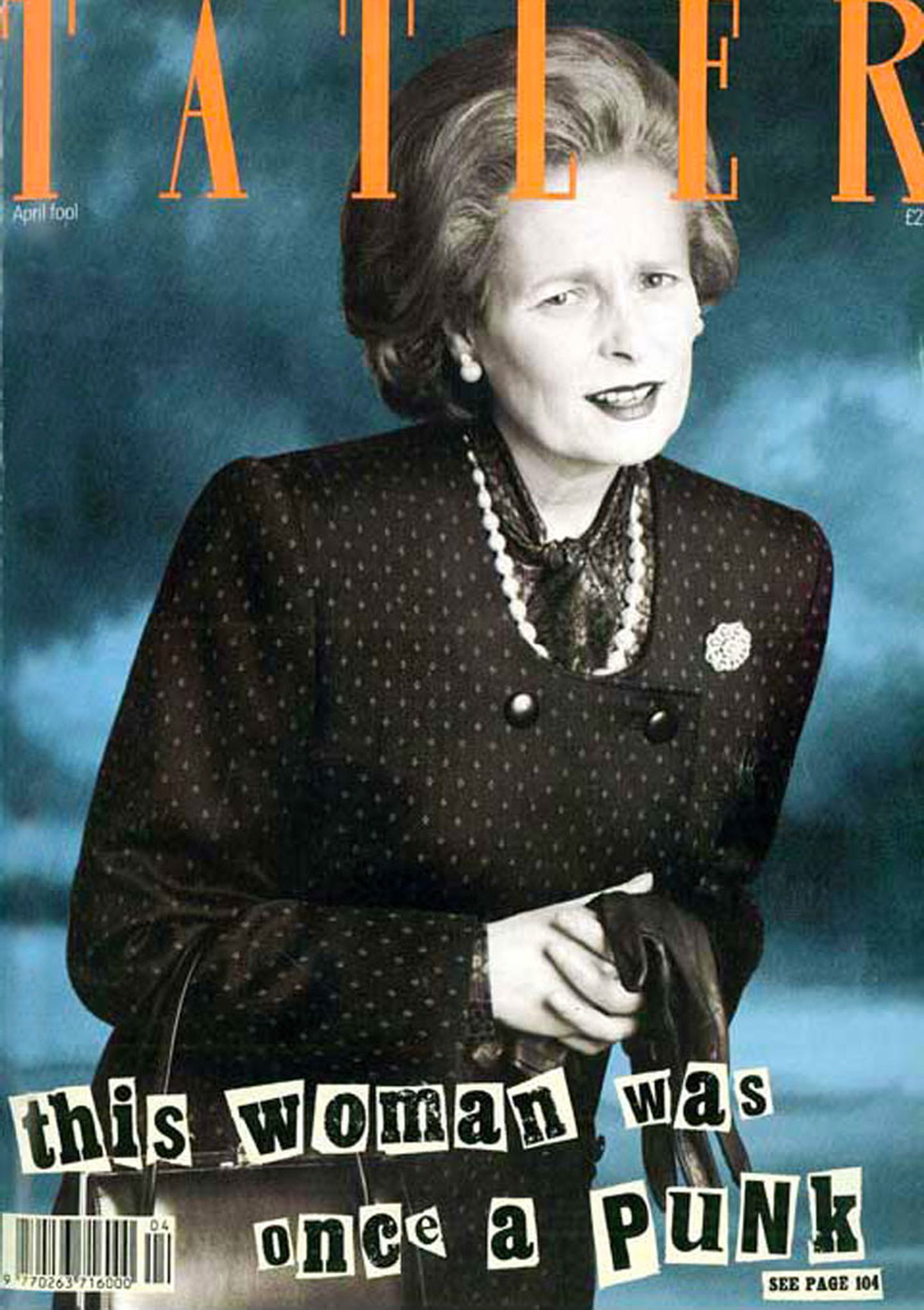 A working-class girl from Derbyshire trained as a primary school art teacher, Vivienne Westwood moved to London in the 1960s, when the British capital was in its swinging splendour, Carnaby Street was teeming with colourful dresses, and the streets were overrun with Mary Quant’s miniskirts. This was the atmosphere she was looking for.

However, Vivienne Westwood was limited by her marriage to Derek Westwood: “We were living the American dream, but the dream ended with me in the kitchen,” the creative once stated. “I left Derek because I felt I couldn’t fulfil my potential.” The two divorced in 1965, but she kept his surname.

Her life changed for good in 1965 when she met a fellow student of her brother’s, Malcolm McLaren, aka the inventor of the Sex Pistols. “I didn’t want Malcolm. It happened by mistake, but then I thought, I can learn a lot from him; I mustn’t let it slip,” Westwood said. Thirsty for knowledge, she tried to assimilate everything McLaren had to offer; their relationship was driven by a creative rather than a sentimental connection. 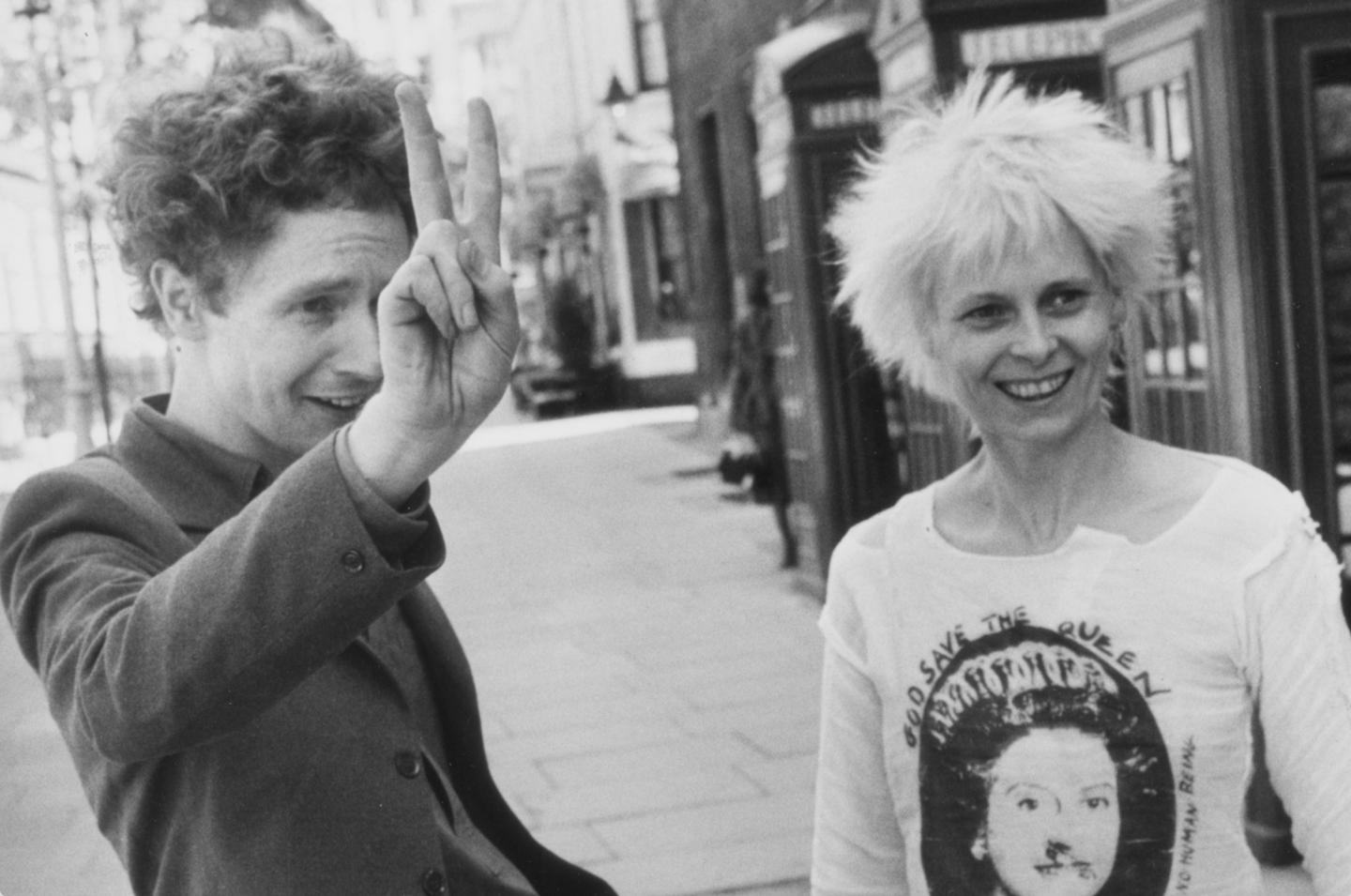 In such a non-conformist atmosphere, the rock’n’roll from the 1960s was too polished; something more immediate was needed, like an angry voice that would break down the system. And so came the iconic Sex Pistols, created by McLaren. Westwood wrote some of their lyrics, but more importantly, she created the famous ripped T-shirt with the word Destroy on it, worn by Sex Pistols’ Johnny Rotten, now on display at the Victoria & Albert Museum. In 1977, the Queen was celebrating the Silver Jubilee, and punks were protesting: in this context, it is easy to grasp how relevant Westwood’s signature clothes were, filled with messages and words drawn in block letters, surrounded by strong symbols. 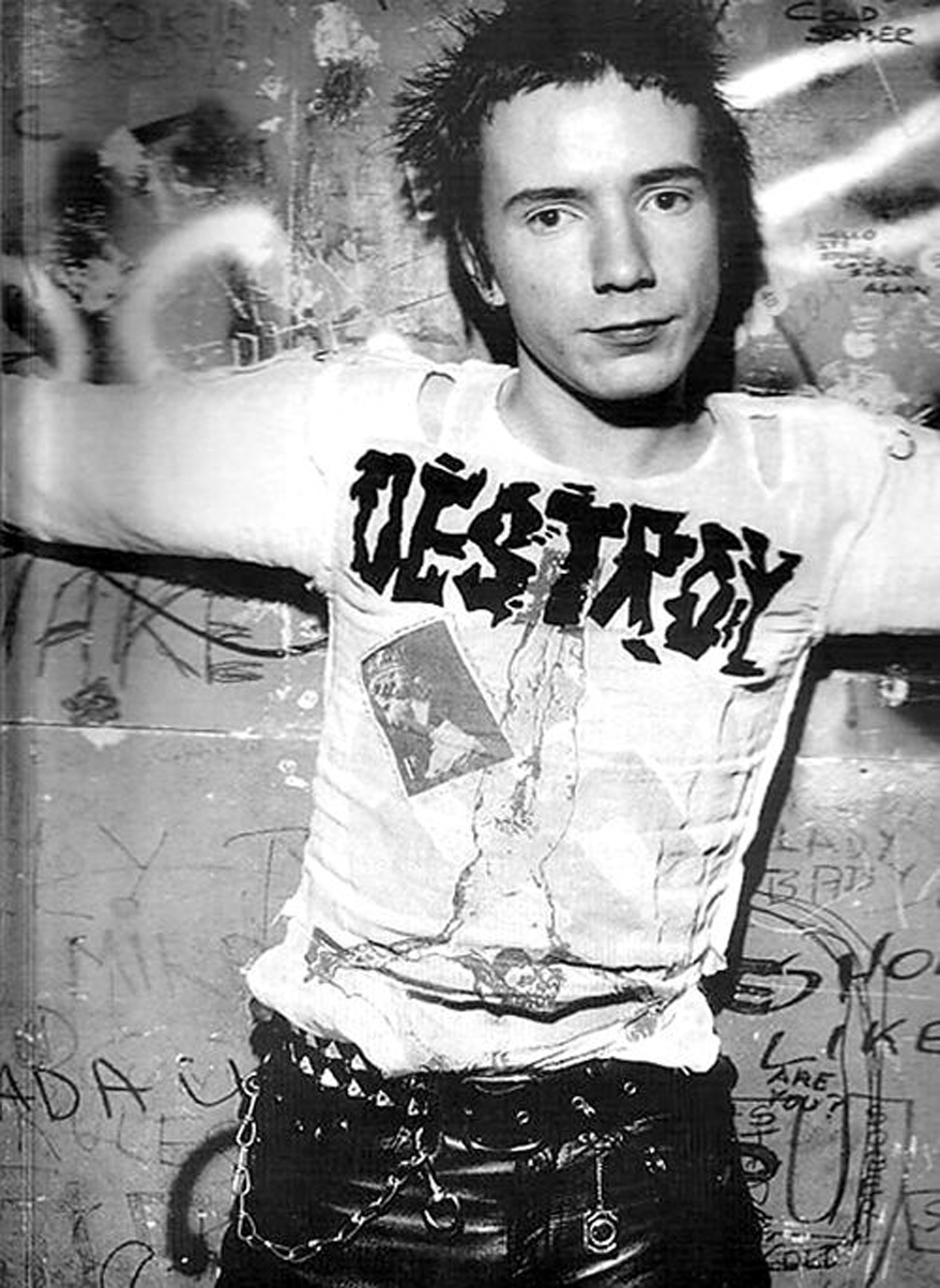 The scene changed, and designer Vivienne Westwood’s time came. After tons of pins on dresses and coupe sauvage-esque hair, Westwood began to contribute to the mainstream, even though she had never fully fit into the same mainstream: “We weren’t really going against the system because punk was now part of it. They had taken possession of it,” she said. With the break-up of the Sex Pistols, Westwood began to look for new ways to subvert the establishment through a new culture of images, fashion and music inspired by the 1950s.

The 1981 Pirate collection was Vivienne Westwood and Malcolm McLaren’s first official collaborative catwalk show. It informed the aesthetic of their King’s Road boutique with its pirate’s galleon and ship features. This collection was filled with romantic looks in gold, orange, and yellow, which burst onto the London fashion scene, ensuring its place in the house’s history of influence. Yes, you read that right: two (former) punks joining an established fashion week. The system would not be torn down, but it would begin to notice Westwood’s talent (though it would not formally recognise it until the 1990s).

In the first half of the 1980s, Vivienne Westwood and Malcolm McLaren separated. Here are Westwood’s words from that period: “I had lost interest in Malcolm; he couldn’t give me anything anymore.” McLaren tried the Hollywood producer route, and she found herself alone again, with two children and a fashion company to launch.

Through the testimonies of the designer’s collaborators, such as Italian manager Carlo D’Amario, we can trace the growth of the Vivienne Westwood brand, marked by inevitable difficulties and great successes, as the designer’s fashion journey always found ways off the beaten path while staying independent from luxury groups.

At that time, the designer spent a lot of time in Italy, and she staged a 1985 show in New York, the “mini-crini” collection. Just read the collection notes: “Cardinal change. Fitted clothes. – English tailoring. Princess line coats, inspired by the Queen as a child. – Wish to kill masculine big shoulders of the 1980s. – Models are sexy, and curvaceous. – Attention drawn to hips. – Inspiration: Petrushka. – Rocking horse shoes.” There, she launched “shoes far madder than the winklepickers she had worn as a teen,” as reported by The Guardian. “Westwood loved platforms, and later elevated them so high that the model Naomi Campbell fell off 9in soles on her catwalk.” 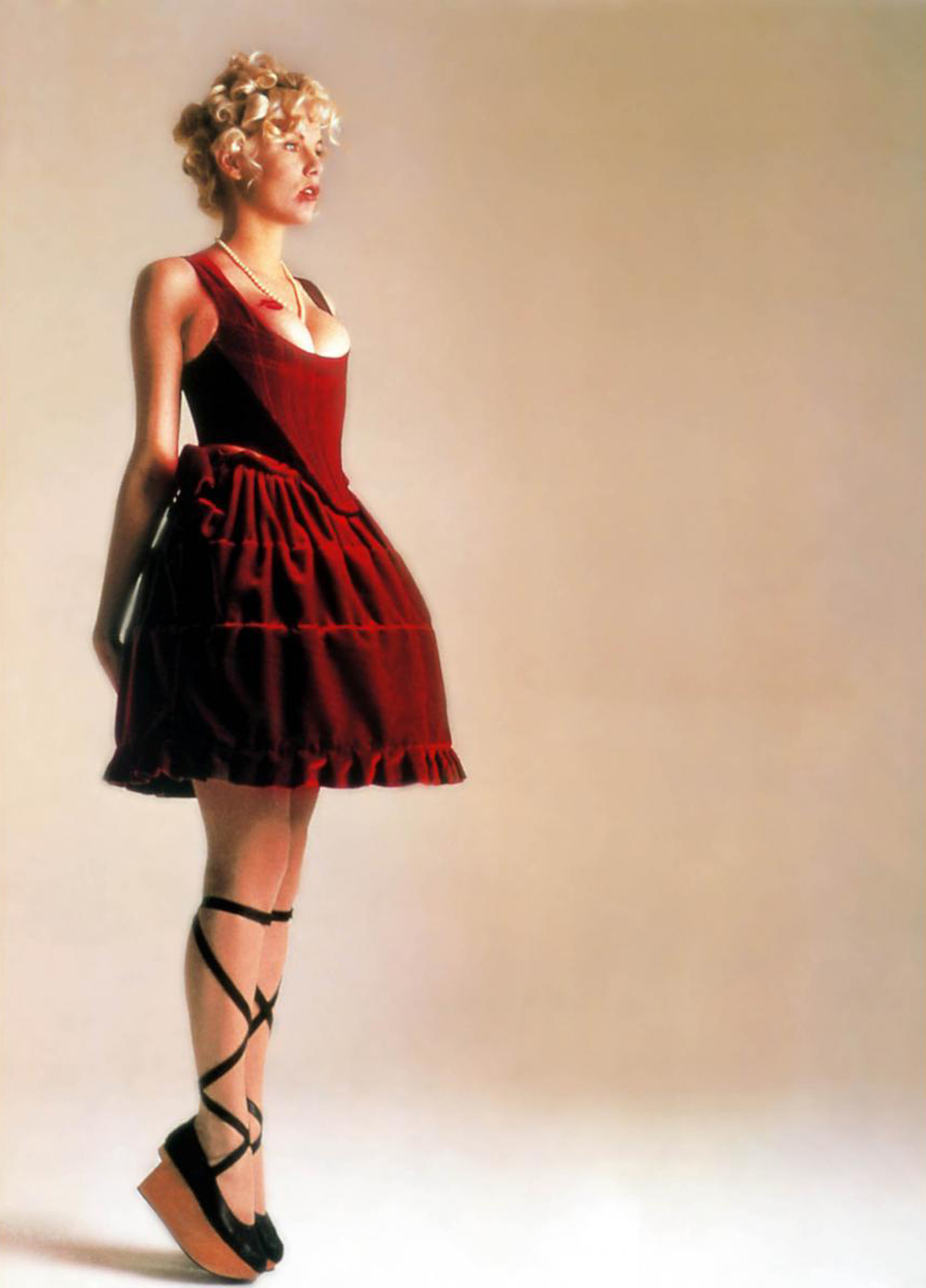 Indispensable later was the support of the company’s partner and creative director, Andreas Kronthaler. Going through unsound finances, Westwood earned where she could, teaching fashion at the Academy of Applied Arts in Vienna (1989-91) and the Hochschule der Künste in Berlin (from 1993). In the Vienna lecture room, she fell in love with one of her students, Andreas Kronthaler. So, he moved to London, then into her flat, and they married in 1993. 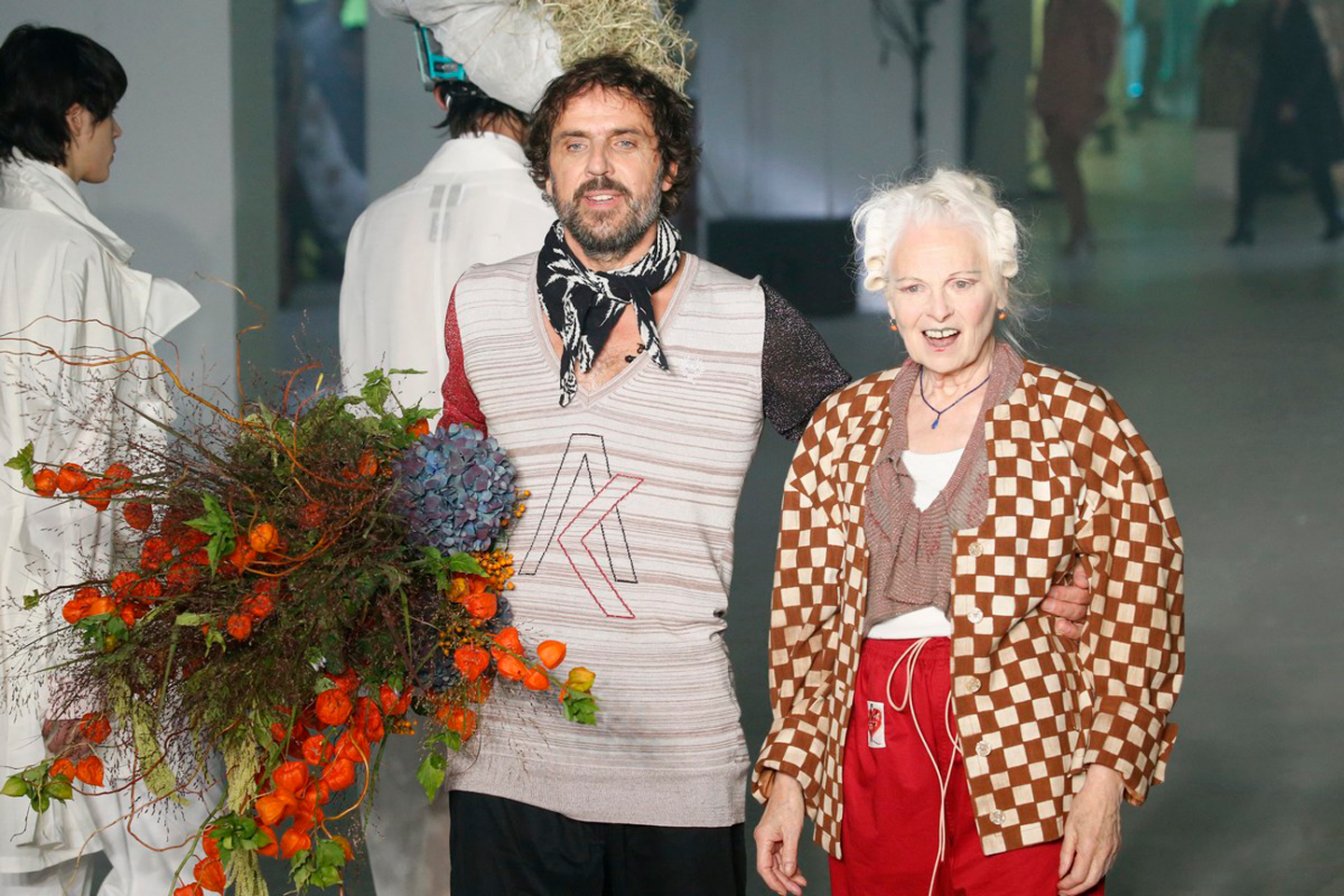 The rest is history, the history we all know well. Vivienne Westwood was not just a fashion maverick but the architect of an emotional storm she channelled into souls even before clothes. With a pair of scissors and a piece of fabric, she seemed to dress heroes ready to denounce issues related to political corruption, sexual freedom, Scottish independence, and, more recently, she fought against Brexit and climate change.

Vivienne Westwood’s mission: to change the world to make it a better place

The sparkling designer Vivienne Westwood stood alongside the activist Vivienne Westwood, the trailblazer who dreamed of overthrowing social immobility and the obtuse and immeasurable exploitation of nature and flattery. This was one of her mottos: “You can’t make people change things by making them feel humiliated and offended. You have to make them feel fabulous before getting their change.” This attitude was, in fact, already perfectly mirrored in the personality of her first shop, with each new identity corresponding to a collection of clothes as the result of her extreme creativity and McLaren’s provocative nature.

Thanks to her activism, Vivienne Westwood pushed the boundaries of needle and thread, becoming a supporter of PETA and starting to work on campaigns to educate about plant-based nutrition and raise awareness about the water impact caused by the meat industry. Besides, she always fought against consumerism and collaborated with numerous non-profit organisations. 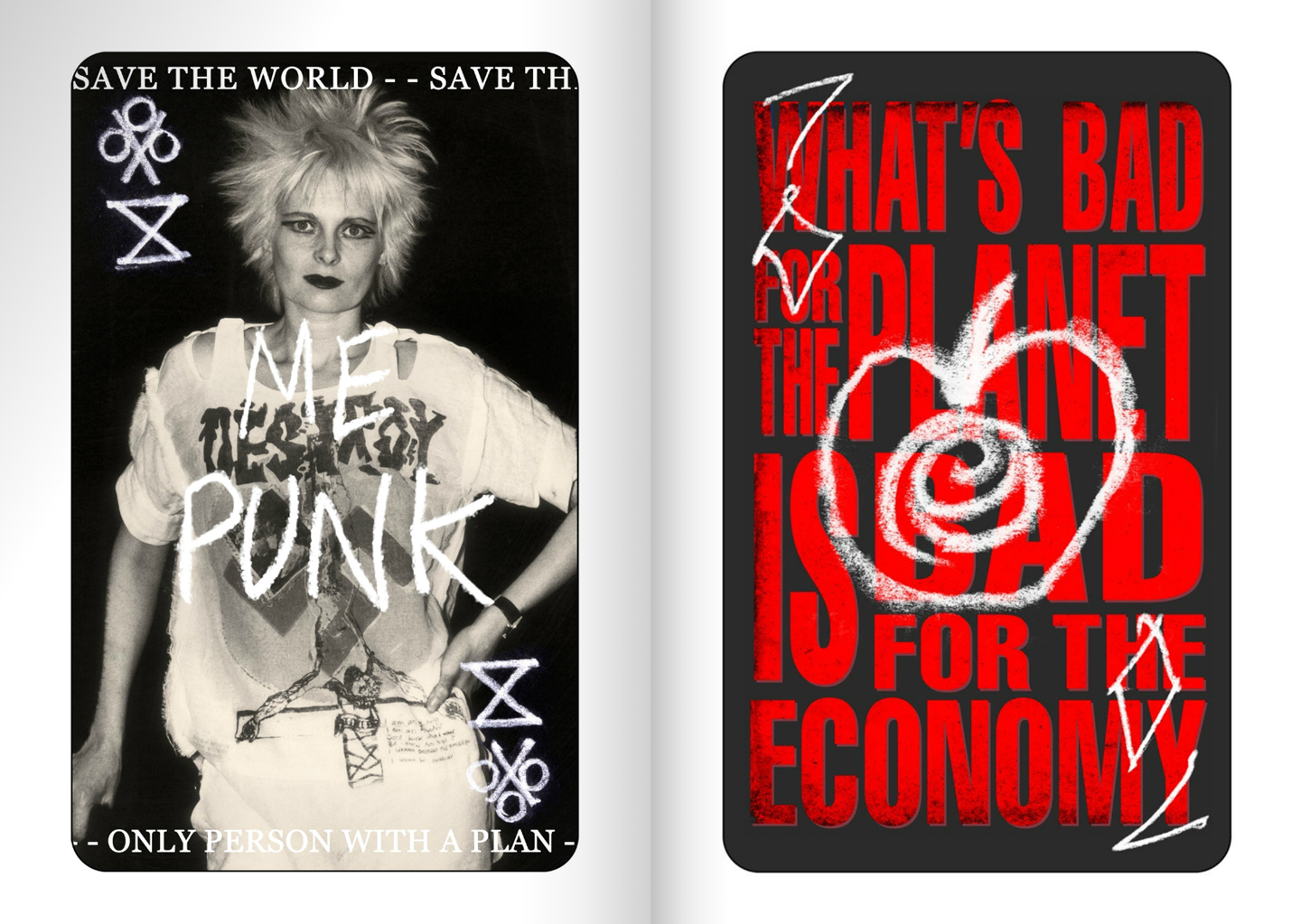 To further promote a low environmental impact lifestyle, Westwood left a legacy on climaterevolution.co.uk, a site encouraging action to tackle the ecological emergency. There, her Save the World manifesto is displayed as a lucid plan to save the Earth, showing the designer’s desire to establish herself as a forerunner of a revolution to be carried forward in the years to come.
“The fact of man-made climate change is accepted by most people,” Westwood said in 2013. “Through every walk of life, people are changing their values and their behaviour. This continues to build the Revolution. The fight is no longer between the classes or between rich and poor but between the idiots and the eco-conscious.”

Below is how to join her revolution, according to the list she shared in her show notes for autumn-winter 2013/14:

When paired together, the words counterculture and oxymoron best describe the spirit of Vivienne Westwood. Throughout her career spanning more than five decades, this groundbreaker fascinated entire generations of creatives with her ability to change course in a flash while remaining fiercely true to herself without ever losing her edge.

Vivienne Westwood never relinquished control over her career and even her life: if she wanted to change something, she changed it; similarly, if she wanted to eliminate things, she destroyed them, simply because the act of destruction always leads to something greater.

Vivienne represented a disruptive genius, as the fashion system remembered the British fashion icon, industry pioneer and eternal militant. Touching messages to the queen of punk flooded social media, posted by fashion kings and queens such as Donatella Versace and Riccardo Tisci, who thanked her for inspiring him to become a designer without falling into clichés. Stella McCartney also dedicated a post to the late Vivienne Westwood. She recalled photographer Juergen Teller’s birthday dinner when Westwood delicately analysed the corner of their tablecloth, folded it with precision like Japanese origami, and then created a small pattern, designing a zero-waste object with little effort. “She was a genius,” McCartney wrote.