Alfredo Cortese on how to launch your own brand

There are countless ways to reach the top in the fashion industry. Sometimes talents follow more conventional paths; other times, they take unusual routes, introducing their brand to the market, using their skills and instincts to plan their launch and stand out in a saturated system. 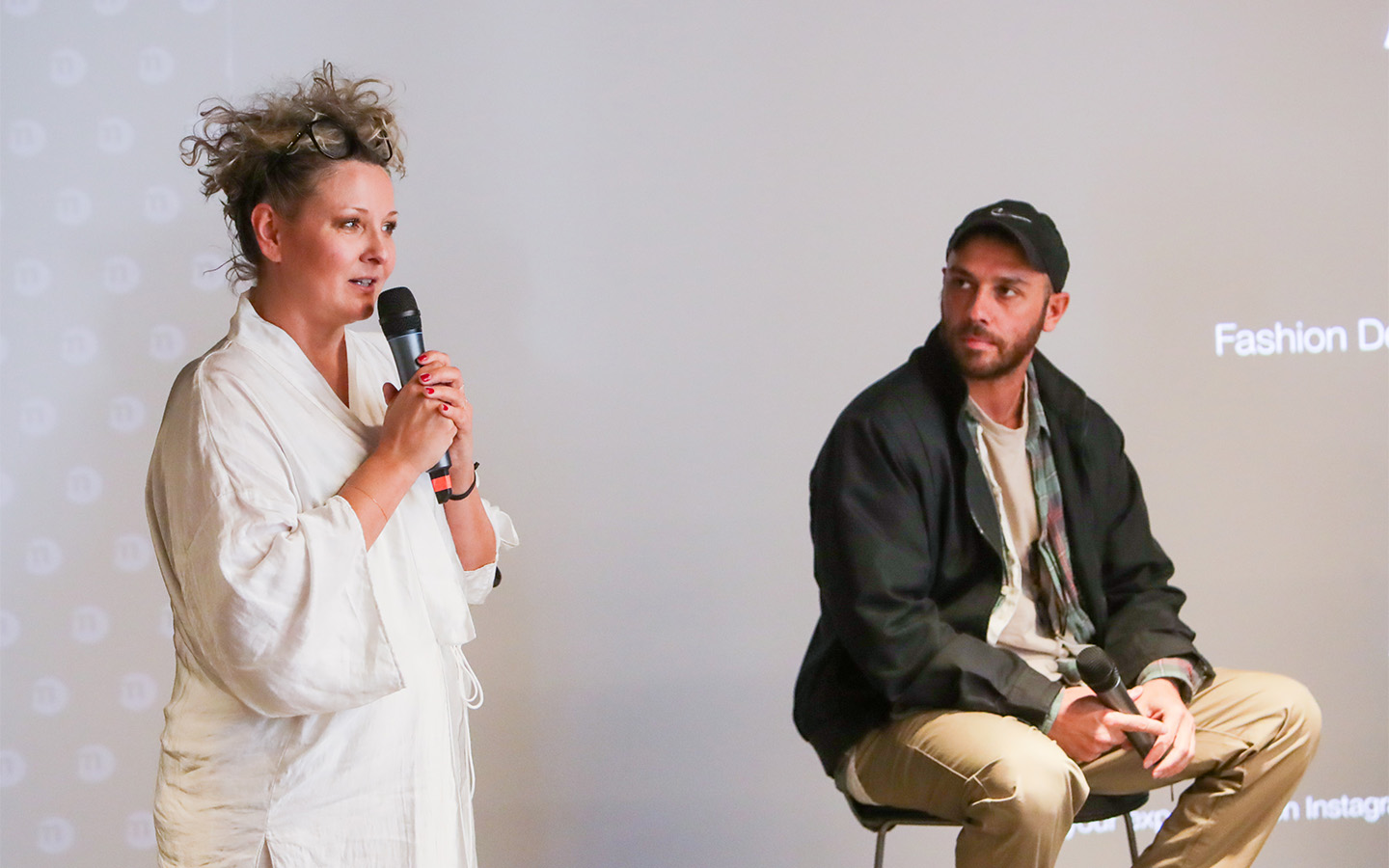 This was definitely the case with Alfredo Cortese, a designer from Catania, Italy, born in 1988, who decided to found his brand, AC9, in 2019. Istituto Marangoni Milano invited him for its “In Conversation With” series, moderated by Fashion Design and Programme Leader Giulia Bedoni. In the live talk “A Journey into AC9 Modernland,” Cortese talked about his origins, debut and future hopes and granted me a small set of questions at the end of the meeting. 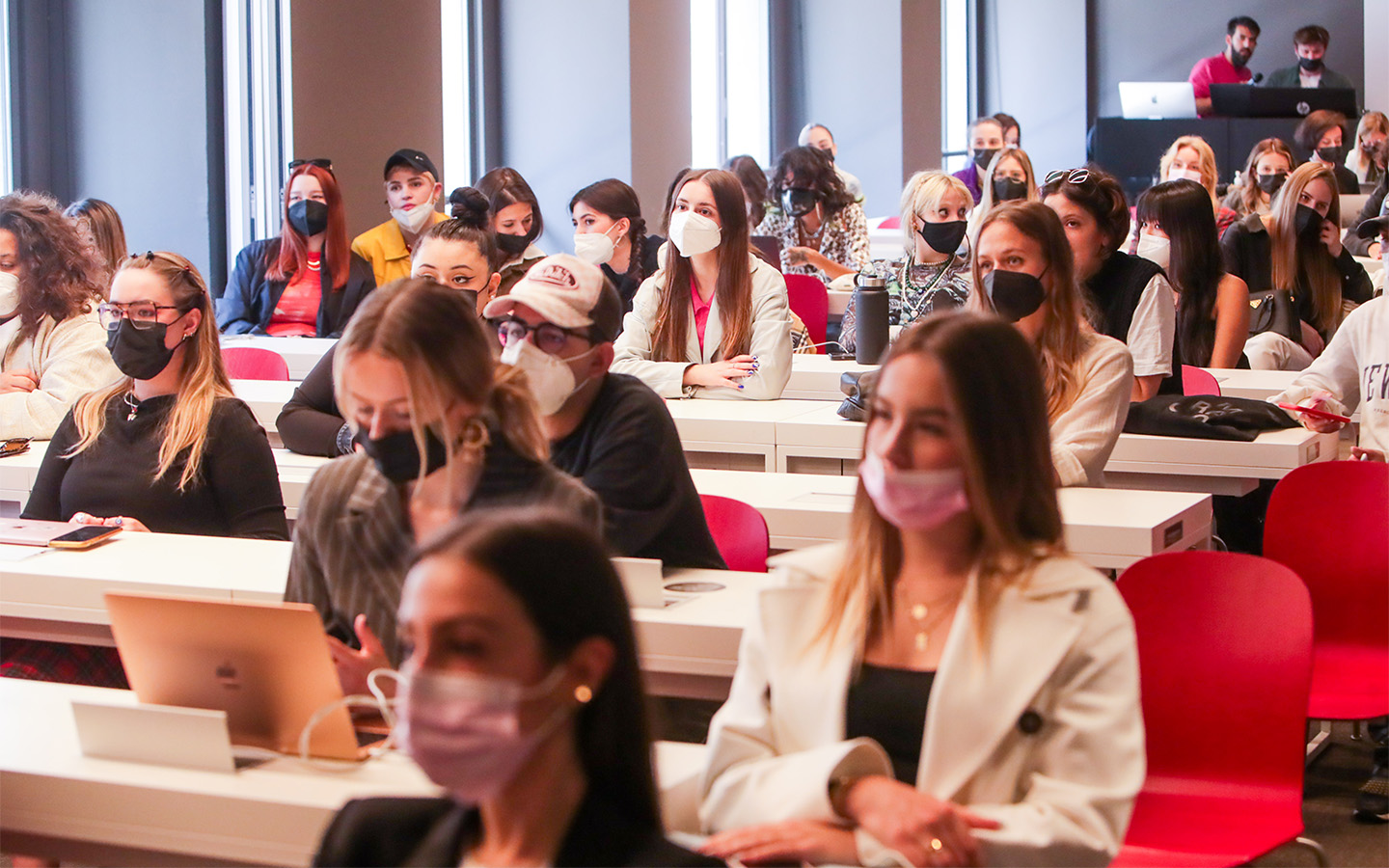 From a chemistry degree to the success of his brand AC9: Alfredo Cortese’s sui generis path through his experiences as a photojournalist and PR and the dream of becoming an established designer

His path is anything but standard for a stylist. After graduating in chemistry, he became passionate about reportage photography, to which he dedicated himself until 2012, when he joined the press office team working as a PR. That was when Alfredo Cortese learned about fashion industry dynamics, becoming passionate about it to the point of feeling dissatisfied with not being able to express his creativity freely. he decided to start a professional experience at N°21, the Italian brand founded by Alessandro Dell’Acqua in 2009. Then he felt the tremendous artistic need to give life to AC9 - a name consisting of the designer’s initials and the number 9 that links him to his father. 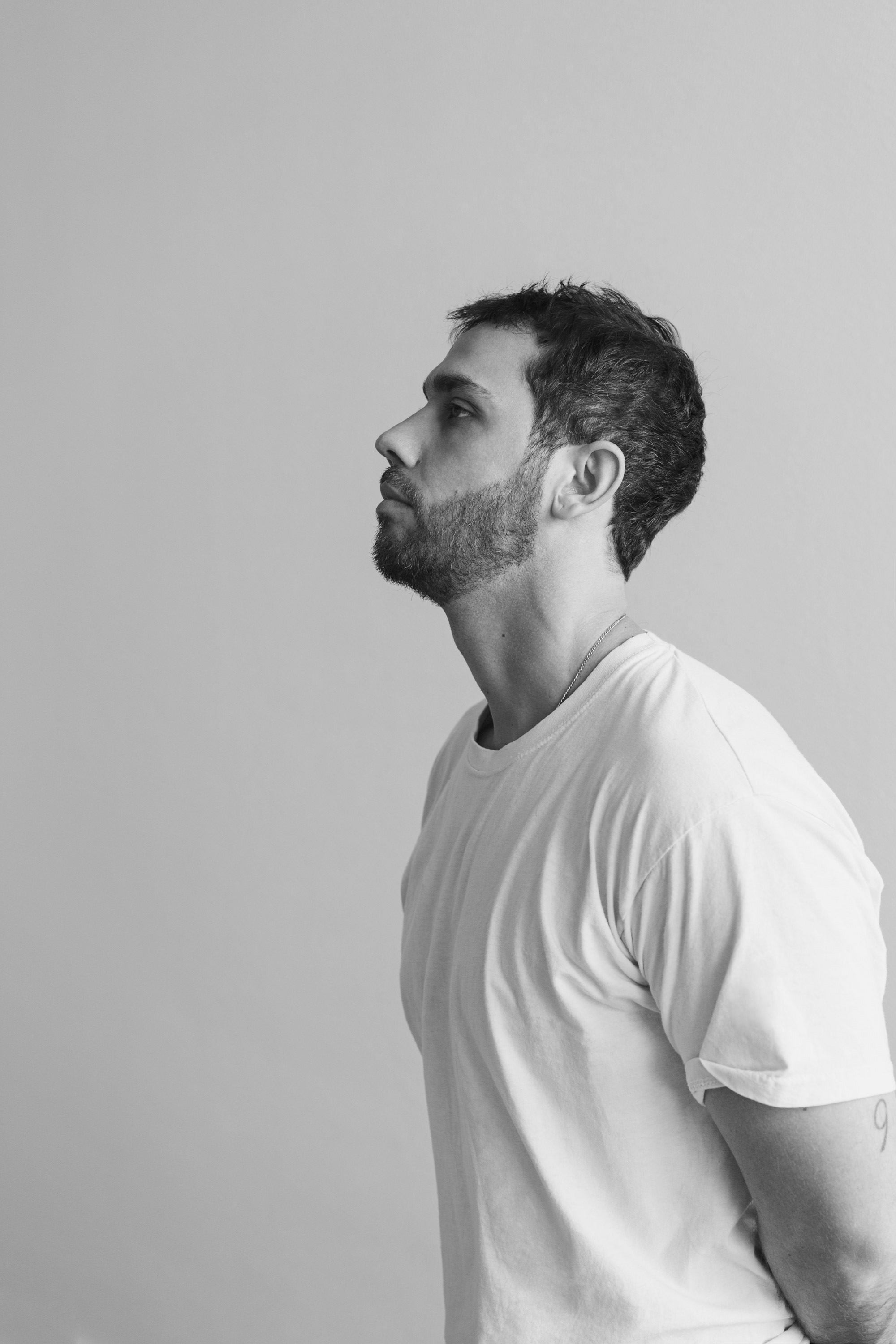 The brand was launched in September 2019, with the presentation of the spring-summer 2020 collection, but the official entry on the calendar dates back to the last edition of the Milan Fashion Week Women's Collection.

“My “surgical” cleanliness always remains a constant in the garments I design, featuring traditional Italian femininity mixed with a minimalist, cold, and Nordic taste.” - Alfredo Cortese 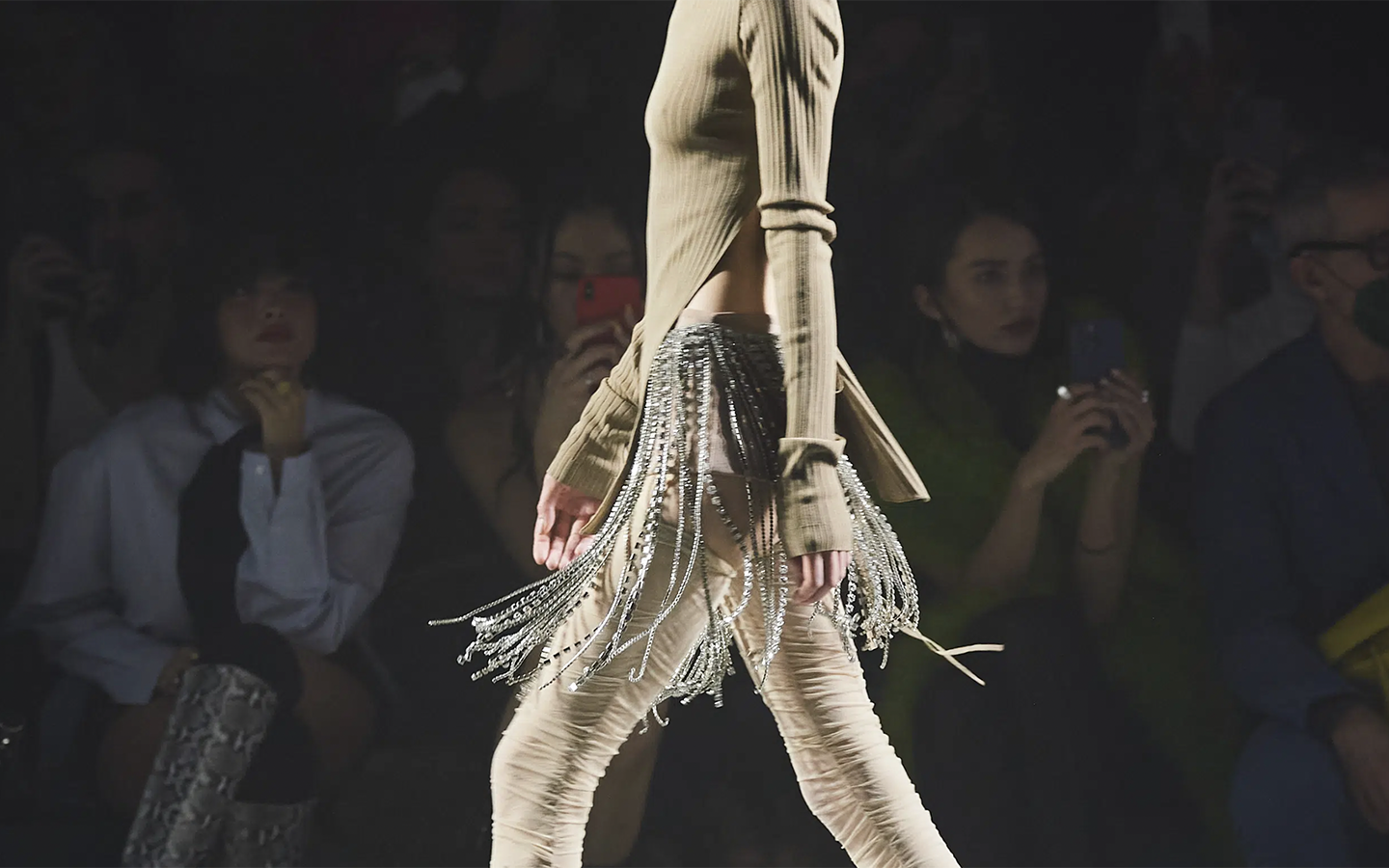 “If I think about my first collections, some critics pointed to the apparent aesthetic change from season to season. Maybe they were right, given my technical inexperience at the time. Still, I also believe that an up-and-comer has to try and experiment to understand which is the most suitable path,” said Alfredo Cortese during the talk. “Then I evolved on a technical level. My “surgical” cleanliness always remains a constant in the garments I design, featuring traditional Italian femininity mixed with a minimalist, cold and Nordic taste.”

Alfredo Cortese on how to establish your fashion brand, from the first steps to the Milan catwalks

So, the beginning for Alfredo Cortese was not easy but rather challenging: finding the most suitable textile supply chains, companies that would make the garments, and other professionals to build a creative team. His experience in networking, however, helped him make it all possible.

“You have to find people close to your creative taste, capture your target audience and the concept you have in your head. It's not enough to be technically good,” Alfredo Cortese recounted. “For example, I found a patternmaker who was so experienced and in line with my vision that for the autumn-winter 22, we only did one fitting.”

“You have to find people close to your creative taste, capture your target audience and the concept you have in your head. It's not enough to be technically good” - Alfredo Cortese 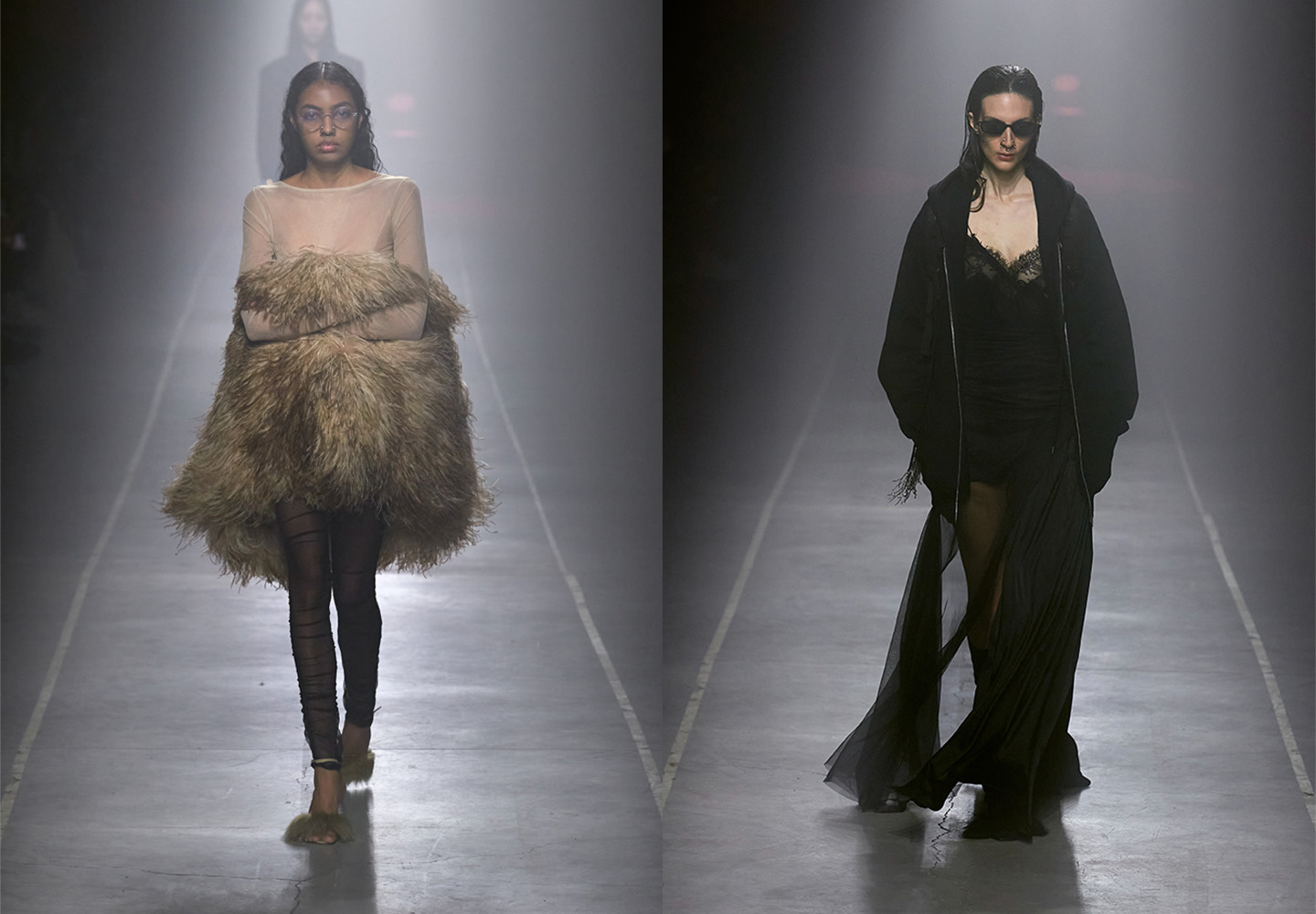 Despite a well-established team, Cortese is aware that he must be able to manage all aspects of his work, even on his own. He revealed an anecdote dating back to a few days before the talk when he had to personally fix a dress entirely made of crystals last minute for a MET gala celebrity.

“In the fashion world, networking is key, but I’m an office rat,” the designer quipped. “I prefer to be in my studio listening to music in front of a mannequin rather than attending parties. And in communication, I decided to put the brand in the foreground and not myself: it was a choice.”

Alfredo Cortese’s research, inspirations and references of his journey into AC9 Modernland

The talk then shifted to the concepts of inspiration and research: “In the age of growth, we are like sponges,” Alfredo Cortese stressed. “It is essential to find inspirations that allow us to build a solid identity and then express it through our work.” 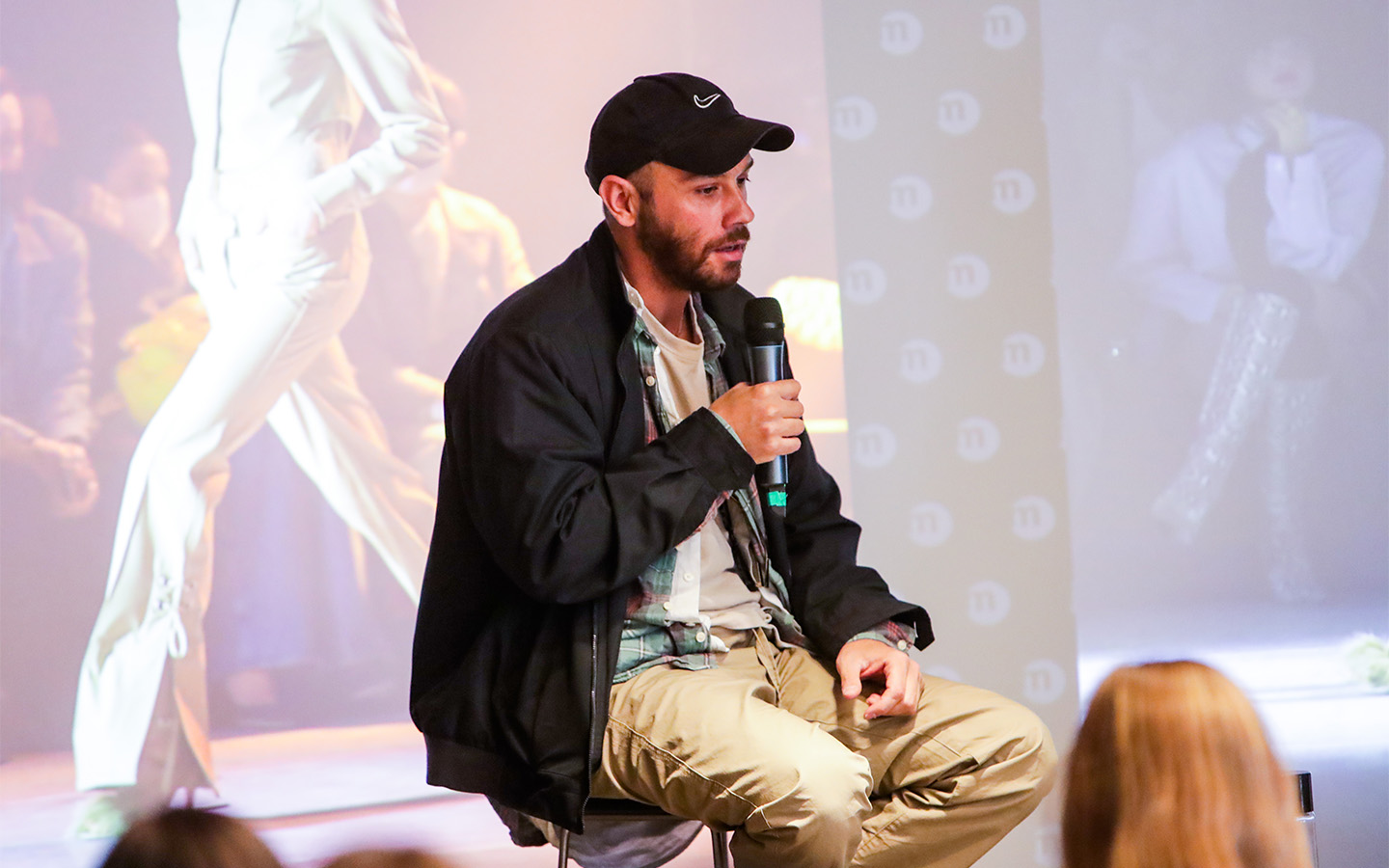 When it came to the crucial question, “where does inspiration come from?” the designer cited the post-Woodstock 70s for the musical influence, thanks to his older brother’s references, and the 90s for their clean style and the minimalist boom. The Y2K trend, on the other hand, is not a thing for him, even though the 2000s represented his childhood.

“On a musical level, I'm influenced by the post-Woodstock 70s, while from the 90s I take the extreme cleanliness in the garments and the boom of minimalism.”- Alfredo Cortese

On the one hand, Cortese’s research process uses music more than visual resources; on the other hand, the thought of the fashion show, which he considers the ultimate expression of a designer’s creativity, finds space in his mind right from the start. 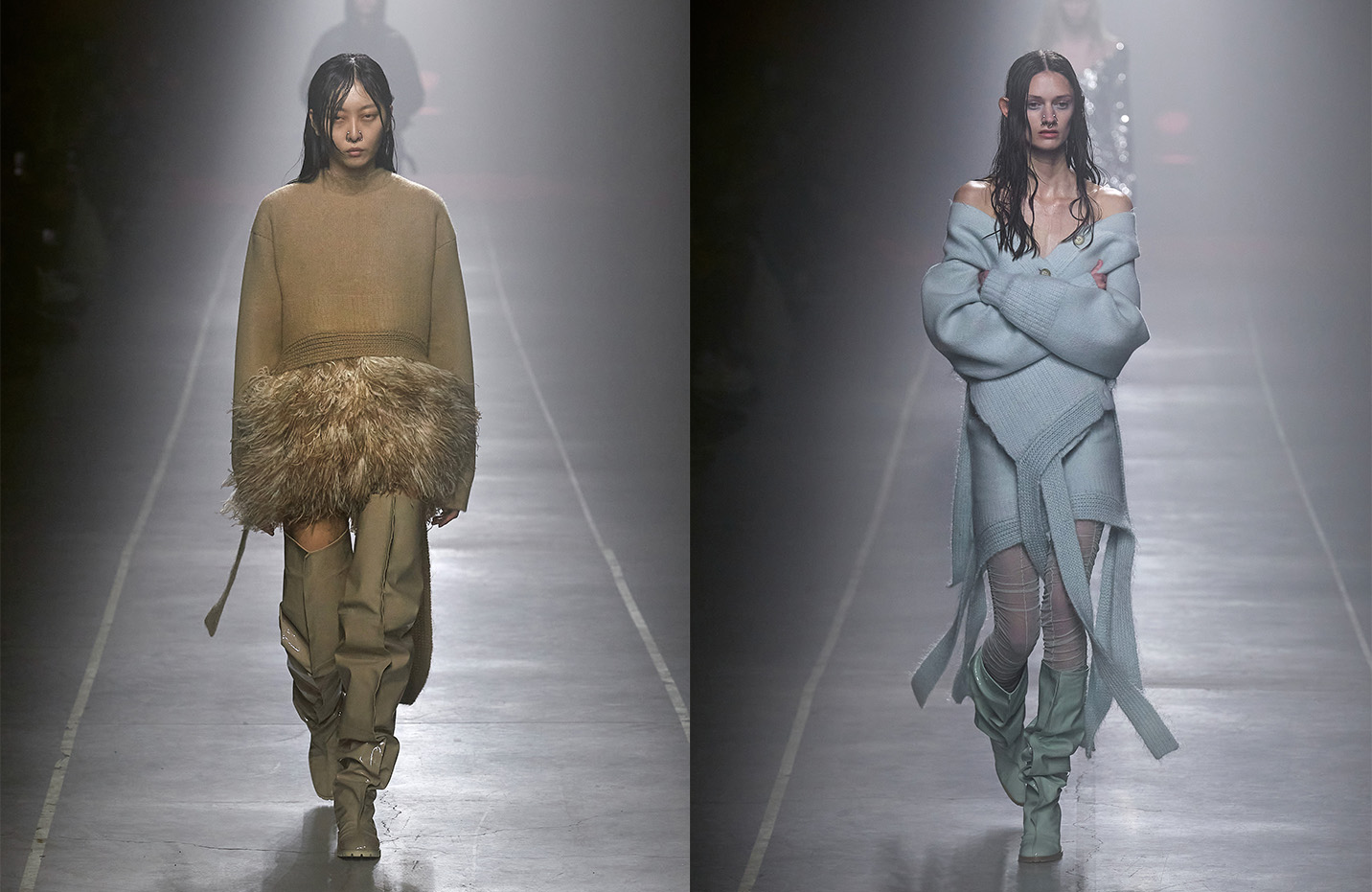 The AC9 founder then gave some valuable advice to all up-and-coming creative minds: “Sometimes there is no precise reference. For my autumn-winter 2022 collection, called March 2010, the real inspiration was all about how I felt when I arrived in Milan - alone, with the fog and the cold. Always follow your instinct, be open to receive advice, but if you have an intuition, you have to follow it, and don’t let anyone change your mind.”

Europe, Asia, Africa, and capsule collection launches: what AC9 will do next

Although AC9 has been on the market for just over 3 years, the young brand is achieving new results every day, with a growing target audience - mainly women aged between 25 to 35 - in much of Europe, but also Africa and parts of Asia such as Korea, Japan and Hong Kong.

According to Cortese, the next goal will be to approach capsule collections to bridge the commercial gap between one season and the next.

Emanuele Cantamesse: Your brand concept is very much based on the words “sensuality” and “femininity”. What do these two words mean to you?
Alfredo Cortese: I always try to mediate between strong sexuality and a sharp, clean vision. My woman is not afraid to reveal herself, but she doesn’t do it to commodify her body or to please others, but to feel herself. This tension between body and dress is also expressed through the styling. Look at autumn-winter 2022: there are feminine lace dresses, but at the same time, the models wear a cage of recycled tulle, so the skirt underneath is one size larger than the one above it. For me it is an intentional choice, transforming a mistake into strength and expressing individuality and humanity. 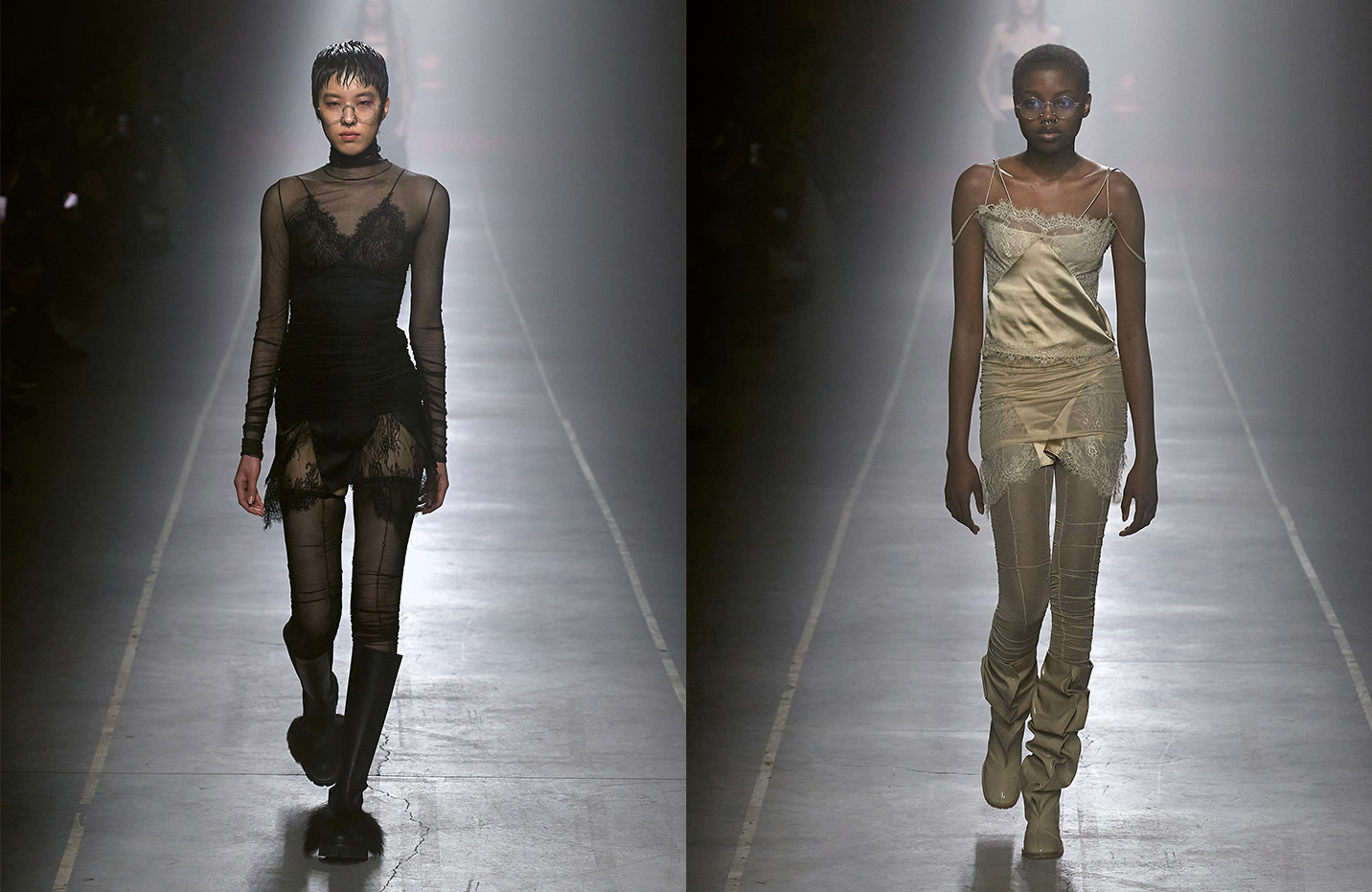 E.C.: To describe your A/W 22, “March 2010,” you mentioned your arrival in Milan. To the question “what are you running from?” you answered, “from homologation.” You know that the Milanese environment tends to make you fall into its trap where everyone aspires to be someone else. Do you feel like an outsider in this?
A.C.: For me, Milan is a journey. I was a part of its social life; I would go to all the parties and  dressed like everyone else. I would feel out of place if I didn’t have a Prada bag or the latest trendy shoes. It’s a dynamic that it’s almost inevitable to fall into when you’re 20 years old, and some people stay there their whole life. There’s nothing wrong with that. Personally, I feel like I came out of it gaining a solid identity, and now I wear my dad’s clothes - you just have to decide whether to use fashion on yourself, make fashion or both. Nothing is wrong, and nothing is right.

“You simply have to decide whether to use fashion on yourself, make fashion or both. Nothing is wrong and nothing is right” - Alfredo Cortese

E.C.: Some of your catwalk looks may look masculine... Have you ever thought of doing menswear as well?
A.C.: I don’t believe in an evolution of my brand into menswear since everything the industry offers I already incorporate within the more androgynous looks of my womenswear collections.

“I tell young talented creatives to follow their instincts, engage in every field, do not follow overwhelming trends and surround themselves with like-minded people with whom they can establish a creative partnership” - Alfredo Cortese

E.C.: Any advice for future talent looking to bring their project to life?
A.C.: First and foremost, follow your instincts. Secondly, be aware that you must engage in all areas, with no exclusions. And then, don’t follow the overwhelming trends, but look for your own way, slower nevertheless with more solid roots, and surround yourself with sensitive people who can really understand you. I’m not a rebel, but I recommend having a punk attitude while always staying respectful: you have to know when to be strategic and when to detach yourself from the establishment.