Take a peek
inside Fendi and Prada
fall 2022 shows

While there were plenty of new names breaking into the Milan Fashion Week scene, the city had the usual stalwarts of Italian fashion. Actually, they were not that usual. On one hand, Prada’s Fall-Winter 2022 womenswear collection marked a new chapter in Miuccia Prada and Raf Simons' collaboration. On the other, Fendi’s womenswear creative director Kim Jones teamed up with Fendi women themselves, mother and daughter Silvia Venturini – the Roman fashion house's Creative Director of accessories and menswear – and jewelry Creative Director Delfina Delettrez.

Based on Program Leader Antonio Patruno Randolfi’s commentary during Istituto Marangoni Milano Front Row, we’ve got you covered with the latest highlights from two of the hypest Italian runway shows right here. Find out how they both pay tribute to women’s history. 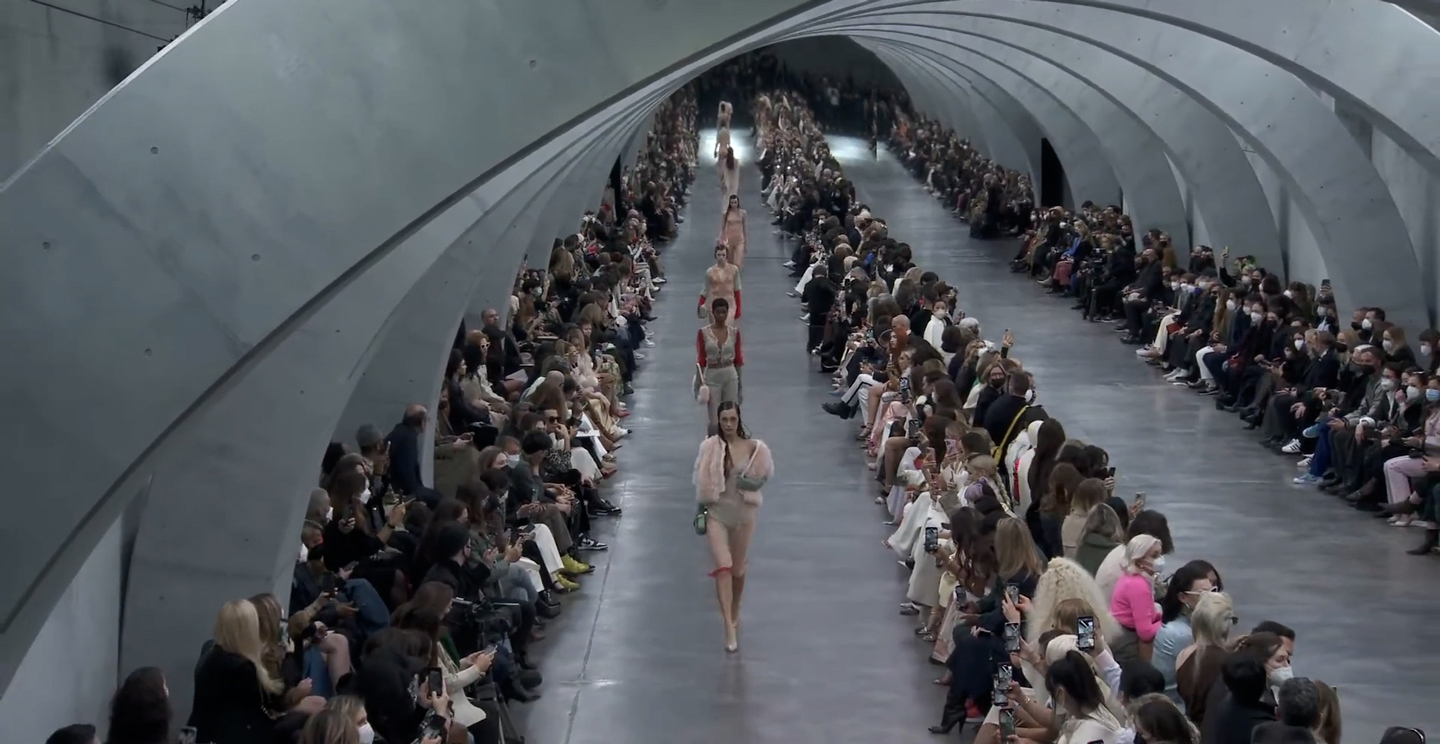 During his five decades at Fendi, Karl Lagerfeld focused on elevating the house’s idea of femininity, emphasizing the relevance of the Fendi women who made the history of the brand. This is now emerging as a key point in Kim Jones’ work too, especially his latest fall 2022 ready-to-wear show, where the strongest message was about this idea of the Fendi family. Quite literally. Kim Jones himself seemed to work in some sort of creative harmony with Silvia Venturini Fendi and Delfina Delettrez. As the designer told Vogue, he was inspired by seeing Delfina arrive at Fendi’s headquarters – known as the ‘Square colosseum’ – with a look from the 1986 Fendi by Lagerdeld collection, whose print clearly referred to the Italian 1980s Memphis period.

1. How to use denim to shape a Fendi power look

Kim Jones gave a twist to the most iconic jackets of the 1980s, especially the deconstructed ones that Giorgio Armani designed for a decade marked by economic boom and opulence, where the power suit was an aesthetic symbol of progress. At that time, Armani took the masculine jacket and transformed it into a feminine one; an interesting fact is that women were not dressing and acting like a man, but were actually embracing the male jacket by making it their own. To be honest, talking about Kim Jones’ Eighties reference, we should note that he moved from that power suit to explore other worlds, with a fashion journey through fashion that took him straight back to the 1930s. Just pay attention to a few details that evoke the allure of that decade’s film stars, such as gloves and a touch of glamour.

2. Beside Fendi furs, focus on a contemporary touch

Historically, Fendi collections have always placed great emphasis on fur, but this time the focus shifted to more contemporary elements, with a desire to build a new, more contemporary identity for the Fendi woman.

3. Fendi’s ties and the chain pattern

To further emphasize this concept of family, Jones took the chain pattern from the previous men’s fall-winter 2022/23 collection. First seen on Delfina Delettrez’s jewelry for Fendi and then as a print on structured masculine coats, the chain has now turned into a motif on fluid, transparent women’s pieces.

4. The Fendi Baguette turns 25 this year

Since 1997, the Fendi baguette has become an ‘it bag’, a popular best-seller as a desirable item reflecting the rise of a new generation of customers for Fendi. In the years when everyone was really into minimalism, Fendi launched something ethnic, colorful, small but fun and easy to wear, which quickly turned into a true brand icon. In the latest collection, this kind of legacy was still honored by Silvia Venturini Fendi, who celebrated Fendi’s deep connection to historical archives in her new bags. 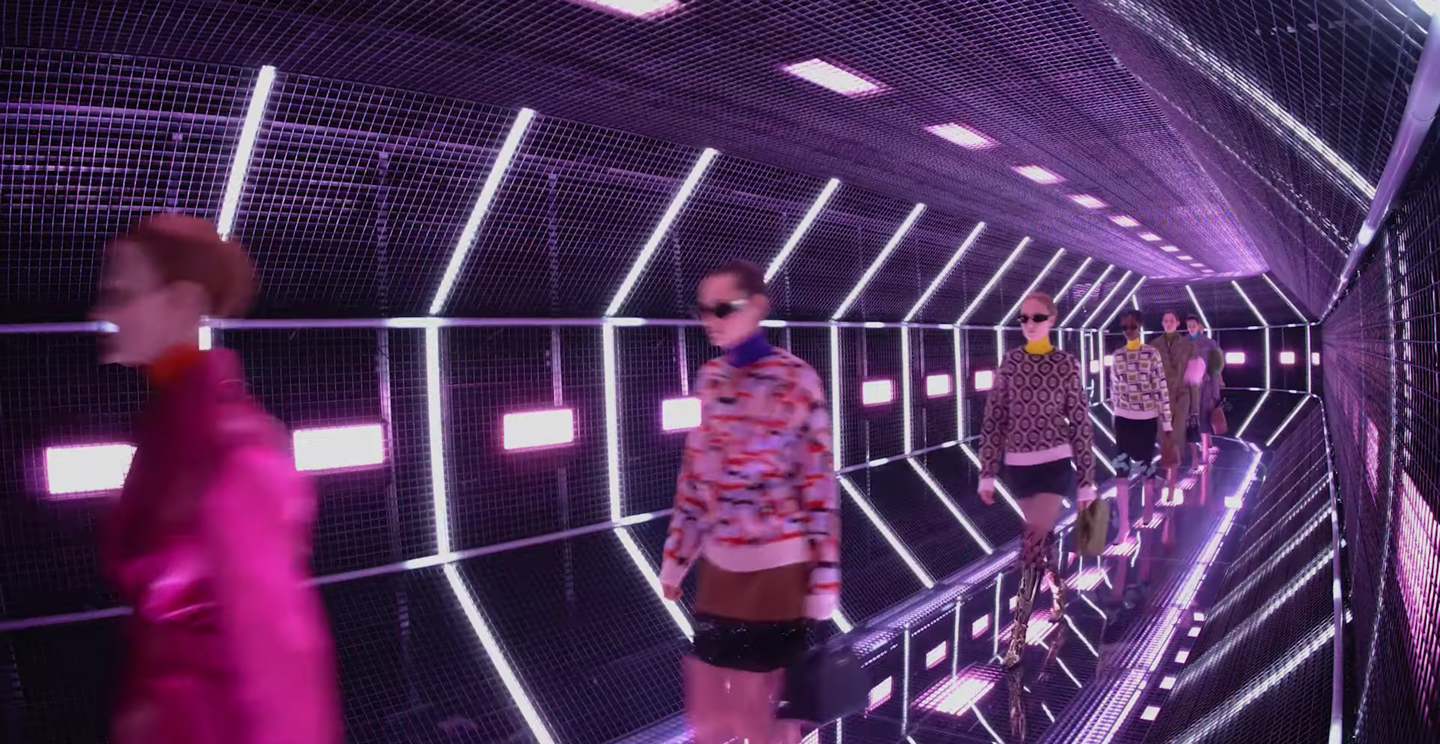 Prada pays tribute to women and to Mrs. Prada herself

In their latest work together, Miuccia Prada and Raf Simons focused on Prada’s all-time quintessential aesthetic as seen by Miuccia herself, but in an extremely contemporary way, almost as if Simons’ desire was to pay tribute to Mrs. Prada as one of the greatest designers of all time. In a nutshell, extensive research led by the power couple seems to keep challenging the audience's attention, who must now look closely at each item to grasp all the details and references.

1. A throwback to the mid-90s, when Prada made Ugly chic

Fall 1996 was the season that baptized Prada as the ugly chic brand: Miuccia Prada's vision began to associate the world of fashion with the ugly. For the first time, something that already existed in cinema emerged in fashion as well – just think of the new realism in architecture and art. Completely changing the paradigm, Miuccia Prada and Raf Simons decided to turn prints that were first seen in Prada 1996 and 2012 fashion shows into jacquard for fall 22. Here the designers were very keen to convey their desire to talk about Prada's history, most notably Simons who focused on how Mrs Prada brought her personal taste to an international brand.

On February 12, 1947, Christian Dior presented his first couture collection and rocked the fashion world with New Look. Almost a century later, during Prada’s fall 2012 show, it was Miuccia Prada who had her own take on that Dior New Look by adding a bourgeois touch and many historical references, mixing different fashion eras. From the recent past to the present: in the latest fall 2022 show, Raf Simons and Miuccia Prada rethought the New Look with its classic silhouette that makes the shoulders even wider and marks the waist, and with luxuriously full skirts requiring meters of fabric to make, emphasizing the desire for abundance and rebirth that were widely felt after the end of World War II. 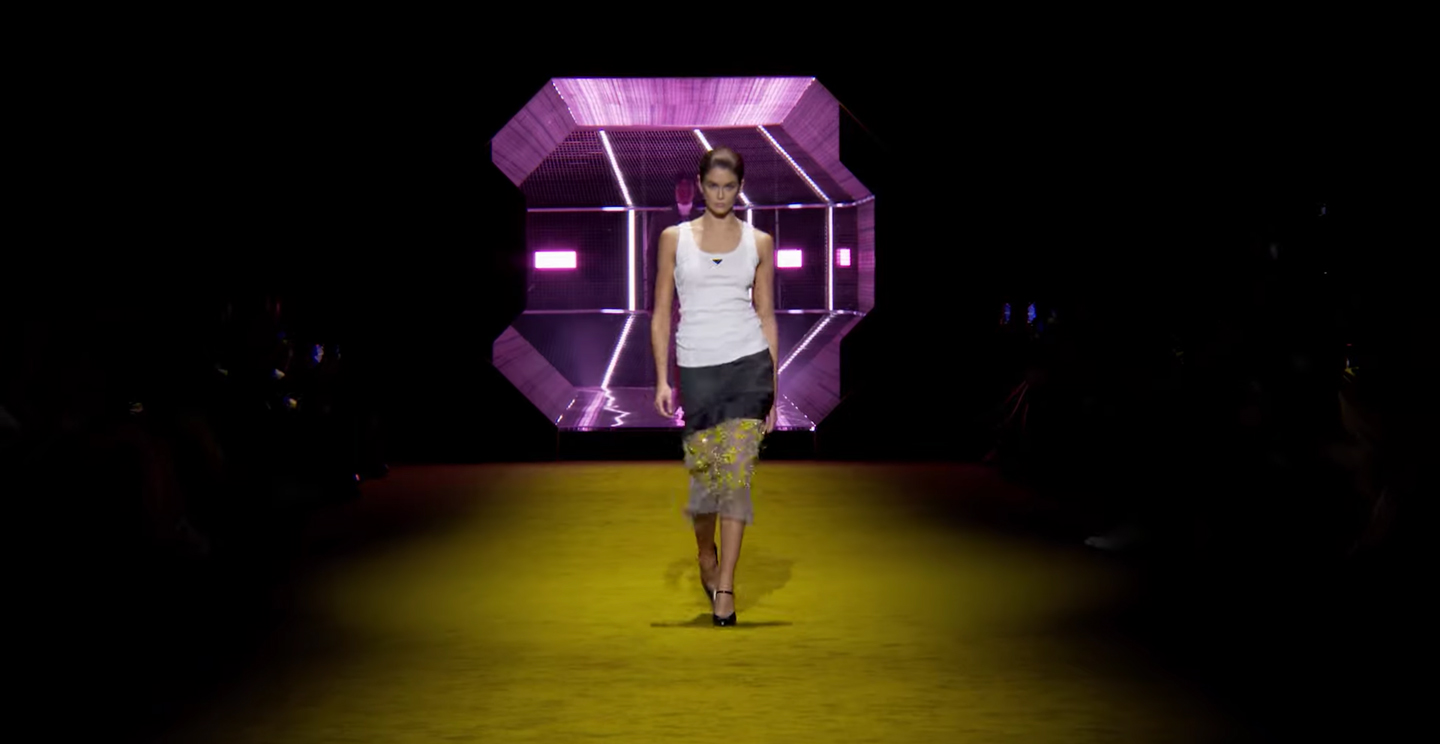 3. Prada man and woman: always looking for a connection

While we saw the taste of the 80s shine through the January menswear show, the same trend has now been redesigned and re-signified in the women's collection. This transition from one show to the next sends out a very clear message: the men’s coat was turned into its feminine version with a change in volume, modelling, silhouette and even colours, applications and embroideries.

That extremely aerodynamic hairstyle was inspired by the late 1950s, making that period very modern, even alien in a way, and driving it into the future.