From Kathmandu to Milan: that’s the long journey undertaken by Istituto Marangoni Fashion Design student Madhav Bahety. Condensing all the experiences and atmospheres of the places he visited into inspiration, his graduation collection was presented at Istituto Marangoni Milano’s Turn Up fashion show. With his fellow designers – the so-called fab ten – Madhav Bahety starred in the school’s impressive catwalk at Fashion Graduate Italia 2022. When all these runways were over, there was cause for celebration. So, we caught up with Madhav Bahety to talk about his collection, raw materials, denim, and fashion memories.

Read his story about Istituto Marangoni Milano’s second floor as a land of possibilities and his new path as a 3D product developer at Gucci in Novara. 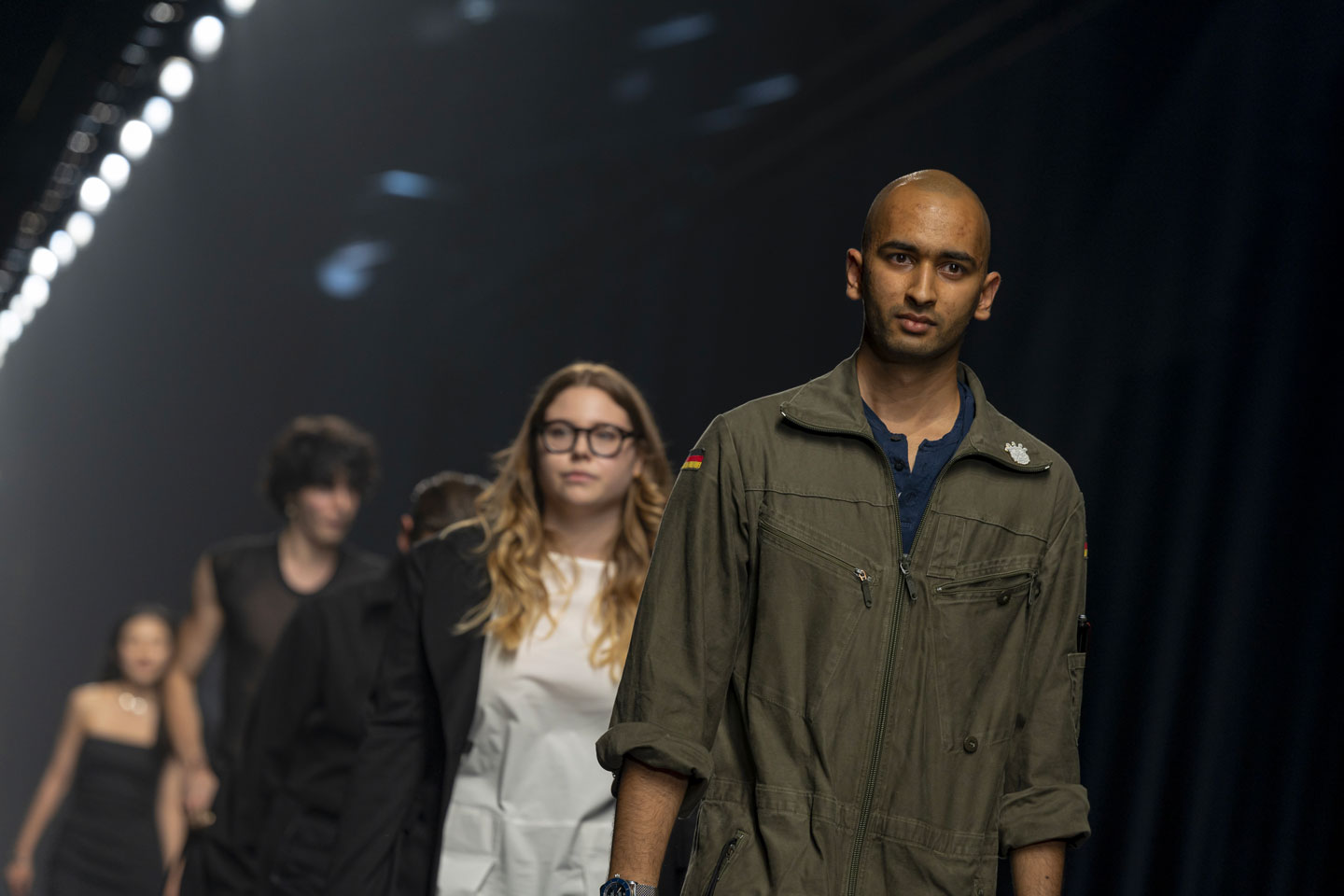 You were shortlisted by a jury of fashion insiders, who allowed you to present your work during the latest Istituto Marangoni Milano fashion show. Did they give you any feedback?
The use of denim, in my case, they liked how I dyed it.

Then the day of the Istituto Marangoni Milano fashion show arrived. What if you had to describe your emotions from that day in just three words?
Excited, relieved and proud.

We enjoyed your dazzling creations hitting the catwalk, but what happened backstage?
It was very nice and relaxing because several insiders, including professors, assistants and students, helped us the whole time. They were ready to support you if something was missing, wrong, or somehow dirty.

How did you come up with the concept behind this collection?
Behind this collection is a long journey of over a year: I started thinking about its concept during the summer holidays in 2021 and finished creating these looks in September 2022. Initially, the idea was about construction workers and their abuse in the Middle East, especially in Qatar. After developing my work in more detail, I realised that I was still too young in the industry to translate a social-philosophical message into just 6 looks, so my concept shifted to a more aesthetically pleasing design. At the time, I was aiming too high, so I had to balance a desire for social criticism with my aesthetic taste. 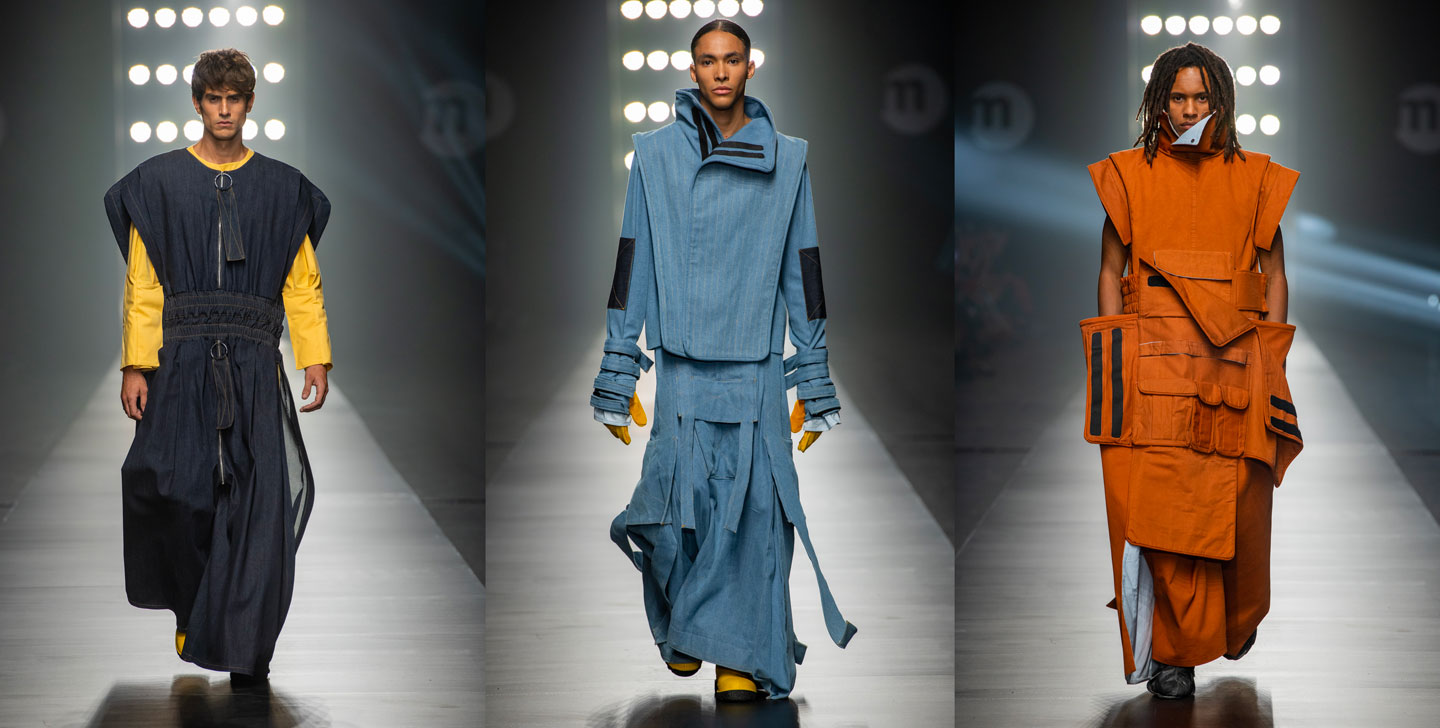 But your graduate collection has sharp aesthetics. What about your final idea?
First and foremost, I would say buildings and skyscrapers. Secondly, it was about the materials I used; I liked those raw materials that can give an idea of imperfection, such as gabardine and denim. The astronauts on the international space station were also a major inspiration. When designing a collection for more than 14 months, it is quite natural to take what you see and what you like into your creativity.

What comes to your mind when thinking about the creative journey leading to your graduate collection?
I would say the second floor. That’s where I spent the most time, making friends and connections, learning Italian and most importantly, working on my pieces. 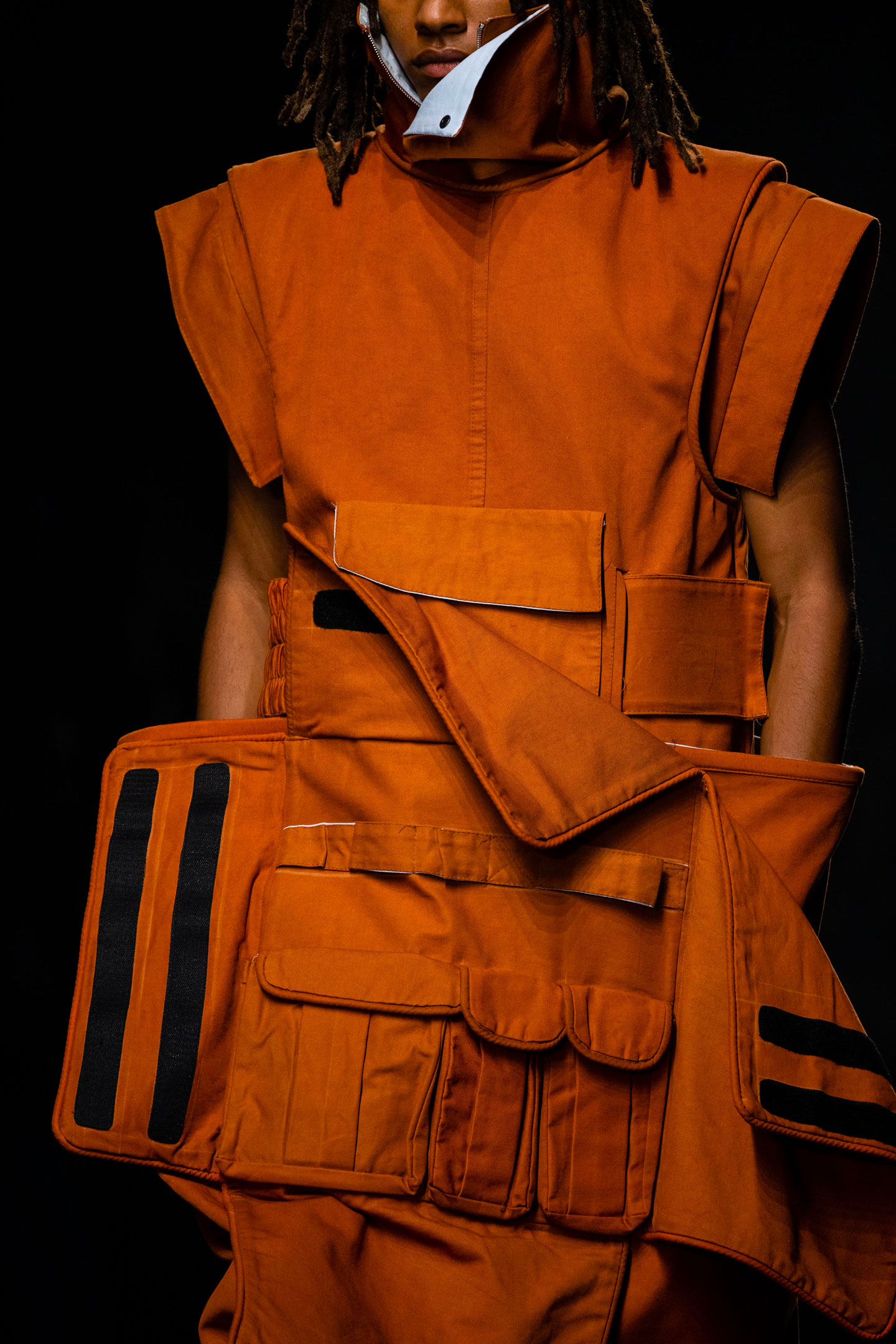 Speaking about memories, what is your first fashion memory?
I caught an article in Time Magazine about Pitti Uomo in Florence in high school. Then I thought, ‘I have to be there’. When I first started,I wanted to make suits because of my background, but when I came to Milan, I met so many people with different aesthetics and tastes, and my idea of fashion evolved over time.

Who was the first person that believed in you as a designer?
Most of my friends from my class at Istituto Marangoni Milano always pushed me to aim for the highest level. 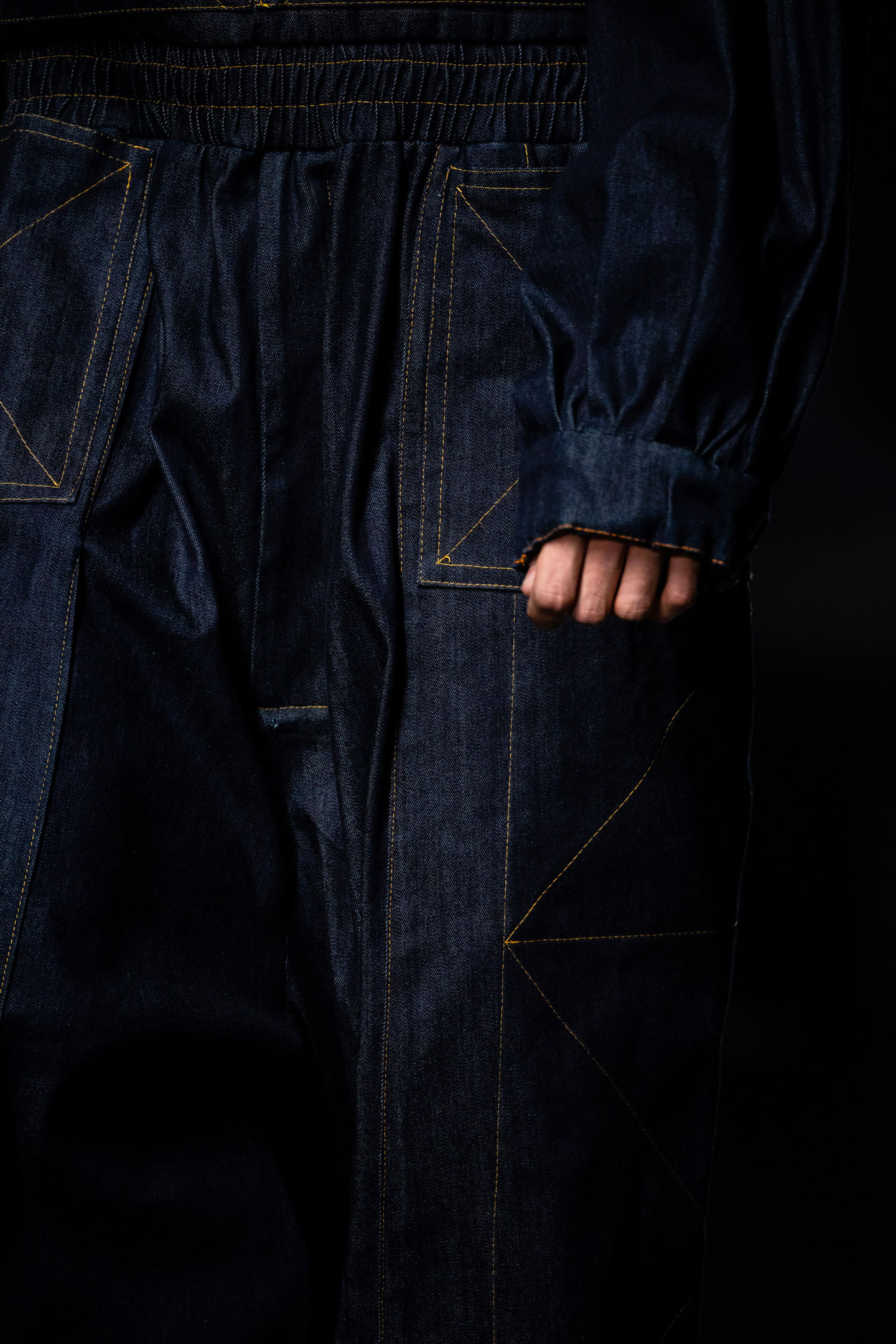 So, what’s next? Are you already planning what you will do in the near future?
I am already working in Novara as a 3D product developer at Gucci. I may want to move to another division later on and then return to fashion design.

Where do you see yourself in 20 years? What’s the fantasy?
I will probably be working on one of my first collections. I would like to launch my brand in a few years, maybe in my thirties.

Any advice for a young Marangoni student who dreams of showing their collection as you did?
Just be very experimental in the first two years: try something new every semester. Then, in your third year, I recommend sharpening your taste.