London Bridge is down: Bridging to the future of fashion

London fashion week is shadowed by the Queen’s death this year. While the official LFW website is presented with the image of Her Majesty Queen Elizabeth II, the new King is nothing else but an embodiment of British fashion. King Charles III has consistently delivered outstanding English heritage style throughout his life, shown by his elegant fashion. Extraordinary English-tailored suits from Anderson & Sheppard, Turnbull & Asser and traditional kilts in Balmoral tartan were always his first choice, making the new King a fashion icon. 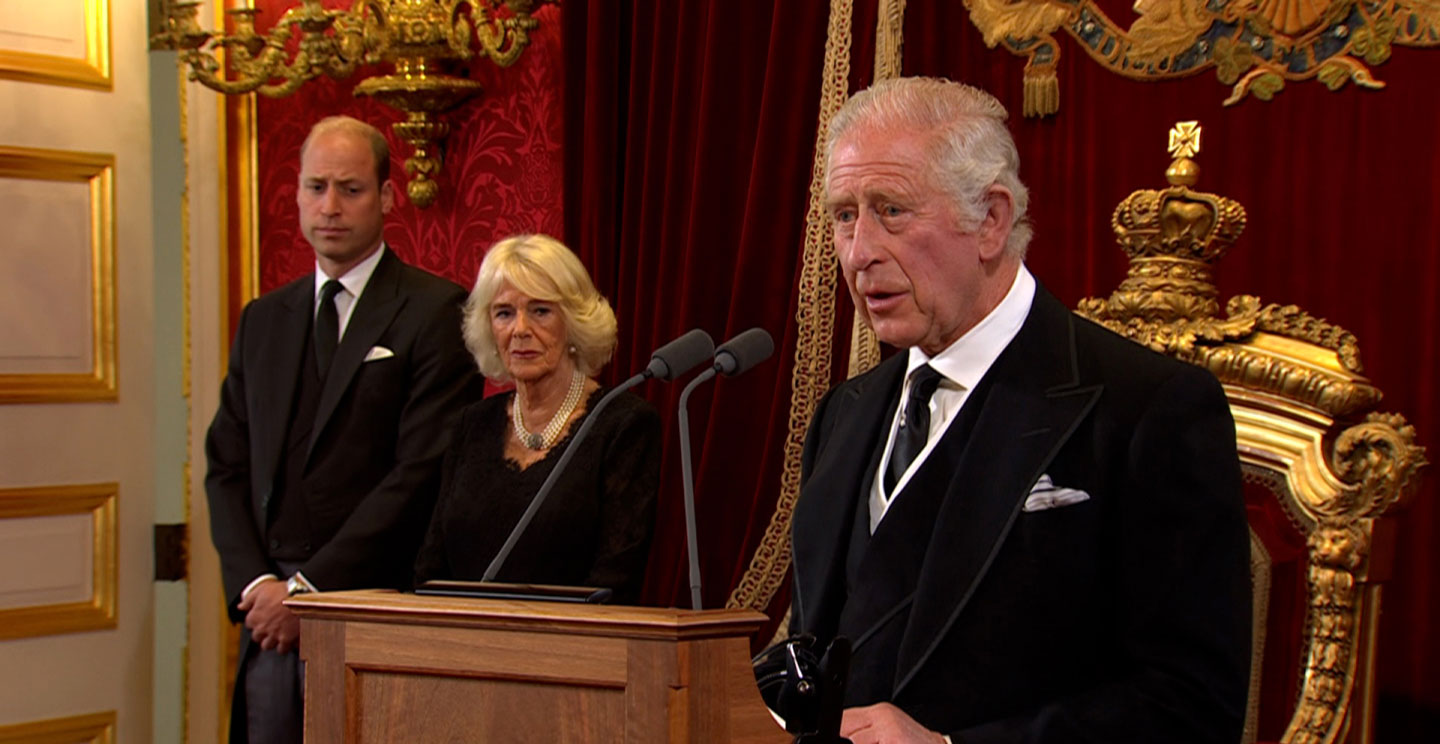 King Charles’ proclamation outfit was nothing but British fashion excellence, inspired by the British Heritage Atelier. The new King is proud to spread his Englishness reflected in his Royal roots and history. To demonstrate the new King’s unique style in detail, you only need to glance at his two-button classic and lightweight Merino wool blazer with the unusual collar sitting on the back of his neck that presents the 1940s tone. For an extra touch of luxury, the blazer’s and the vest’s lapels both seemed to be contoured by precious silk. The natural movement of his body in this suit revealed his grief and sadness. One can only guess that the famous King’s attitude toward sustainable issues is reflected in how he expresses his style.

The monarch’s fashion shows the royal symbols. The essence of his majesty’s kingdom is attached to the King’s tie. The new royal insignia used to read ‘E’ and ‘R’ during the Queen’s reign, for ‘Elizabeth Regina’, is now shifted to the new Monarch cypher currently indicates ‘C’ and ‘R’ for Charles Rex. This is a clear use of fashion to declare the new ruler publicly.

Following a similar pattern, London Fashion Week also demonstrated the explosion of a new era, with four days (and a funeral) all about innovation while preserving solid traditional elements. 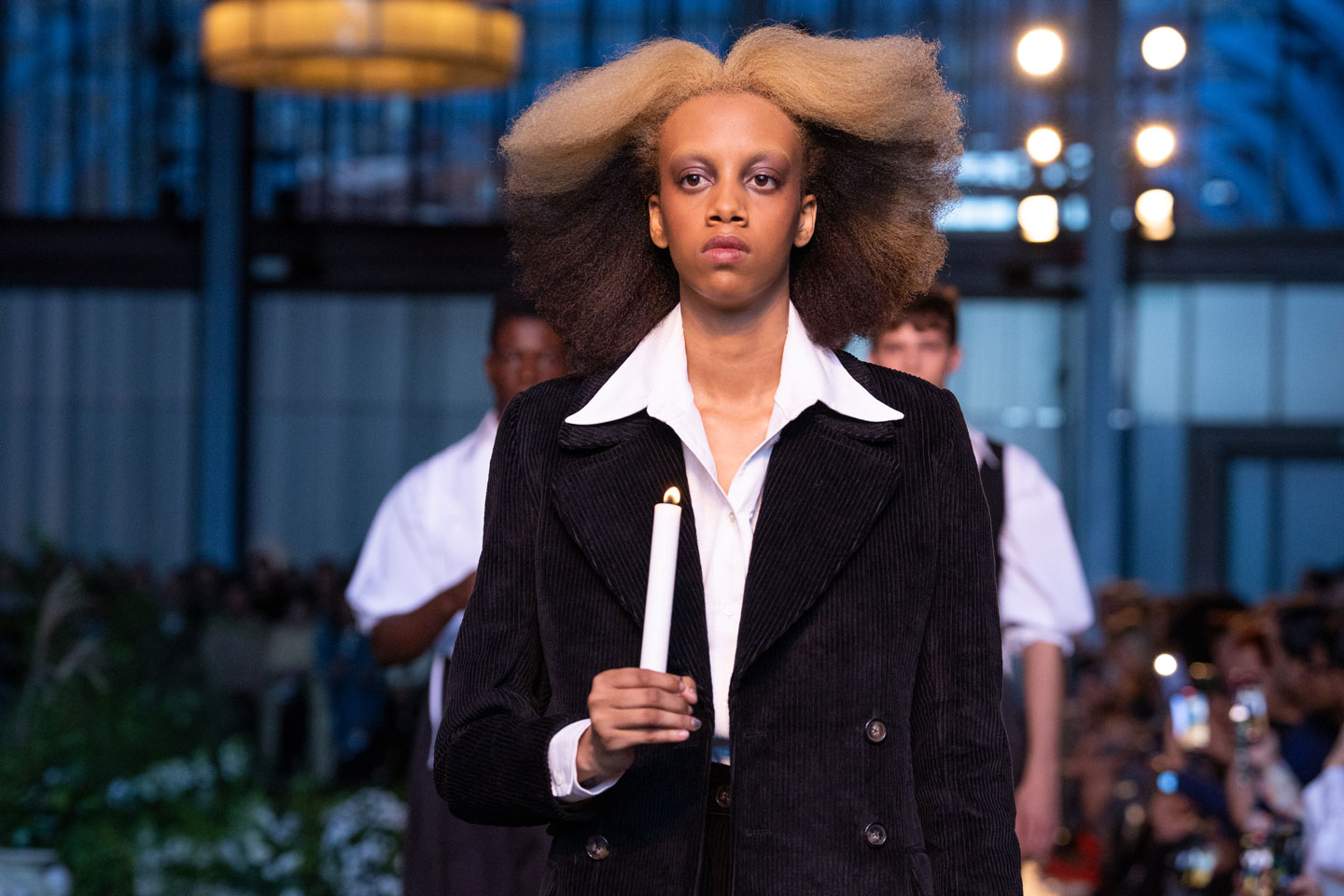 Both the King and London Fashion Week are to deliver diversity, modernism and a Millennial spirit embodied in traditional English pride. Prominent star designers of previous LFWs, such as Alexander McQueen and Vivienne Westwood, combined punk attitude and romance silhouettes, newness and fine British tailoring to remind us of the spirit of London town. 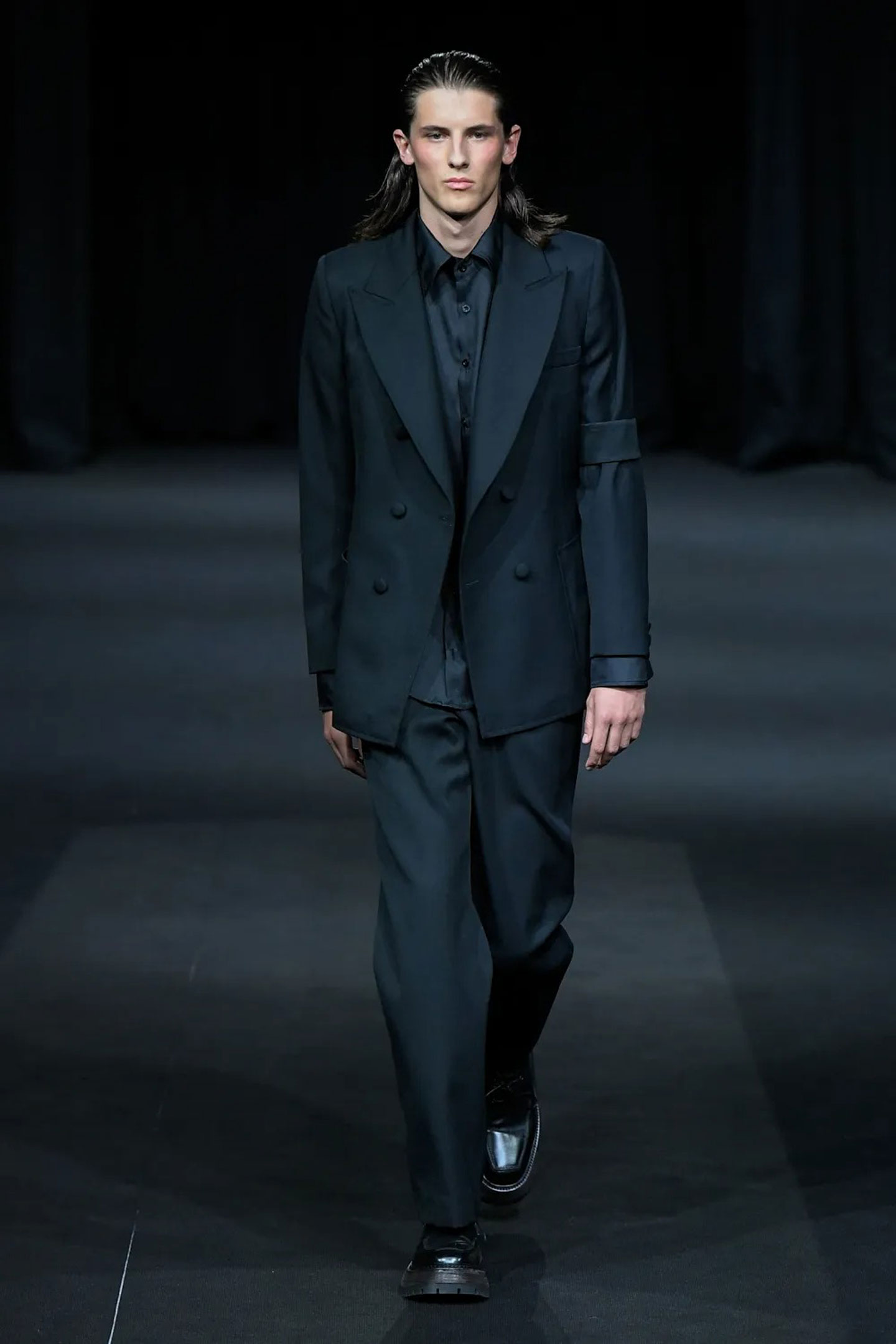 Queen Elizabeth’s death had an immense impact on LFW. Daniel W. Fletcher, who opened the week with his show, stated that his catwalk would honour that moment with a sensitive tribute by presenting the first look as mourning clothes. As he said, “the Queen’s death is a huge loss to a lot of people, especially for her family, so I want to be sensitive to this.”

It is all linked to the famous Victorian era mourning fashion, which burst 161 years ago. We must remember that fashion is never revolutionary but evolutionary. Trends have their cycles and are based on previous fashion eras. The essence of fashion is rooted in the past, inspired by ideas of already existing fashion lines and adjusting to contemporary style. Trend forecasting keywords are shift of monarch, mourning clothes, and moving towards a new era.