Are you missing the nightlife and Club Kids from the eighties? Here’s a little glimpse of the revival of the underground scene by Sour, the up-and-coming fashion party group in Shanghai.

It all started with a simple birthday party and then became the icon of the new alternative fashion and subculture scene in China’s fashion capital. 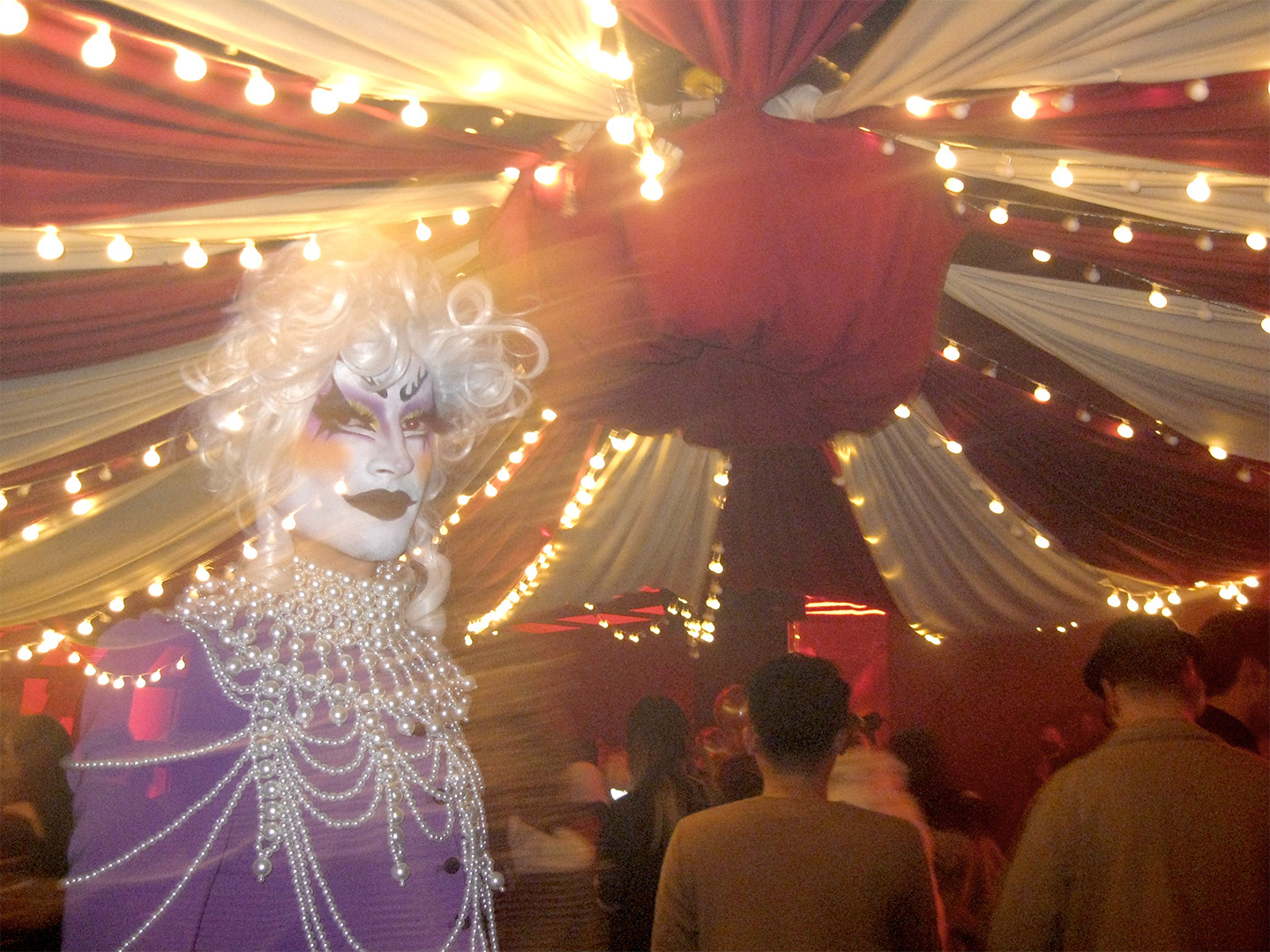 Let’s dive into their latest Circus night, see where the Sour Kids glam their own stage, and capture the renewed spirit of transient beauty of the 80s Blitz Kids (so-called people who frequented the Blitz Tuesday night club in Covent Garden, London, in 1979-80, also credited with launching the New Romantic movement). 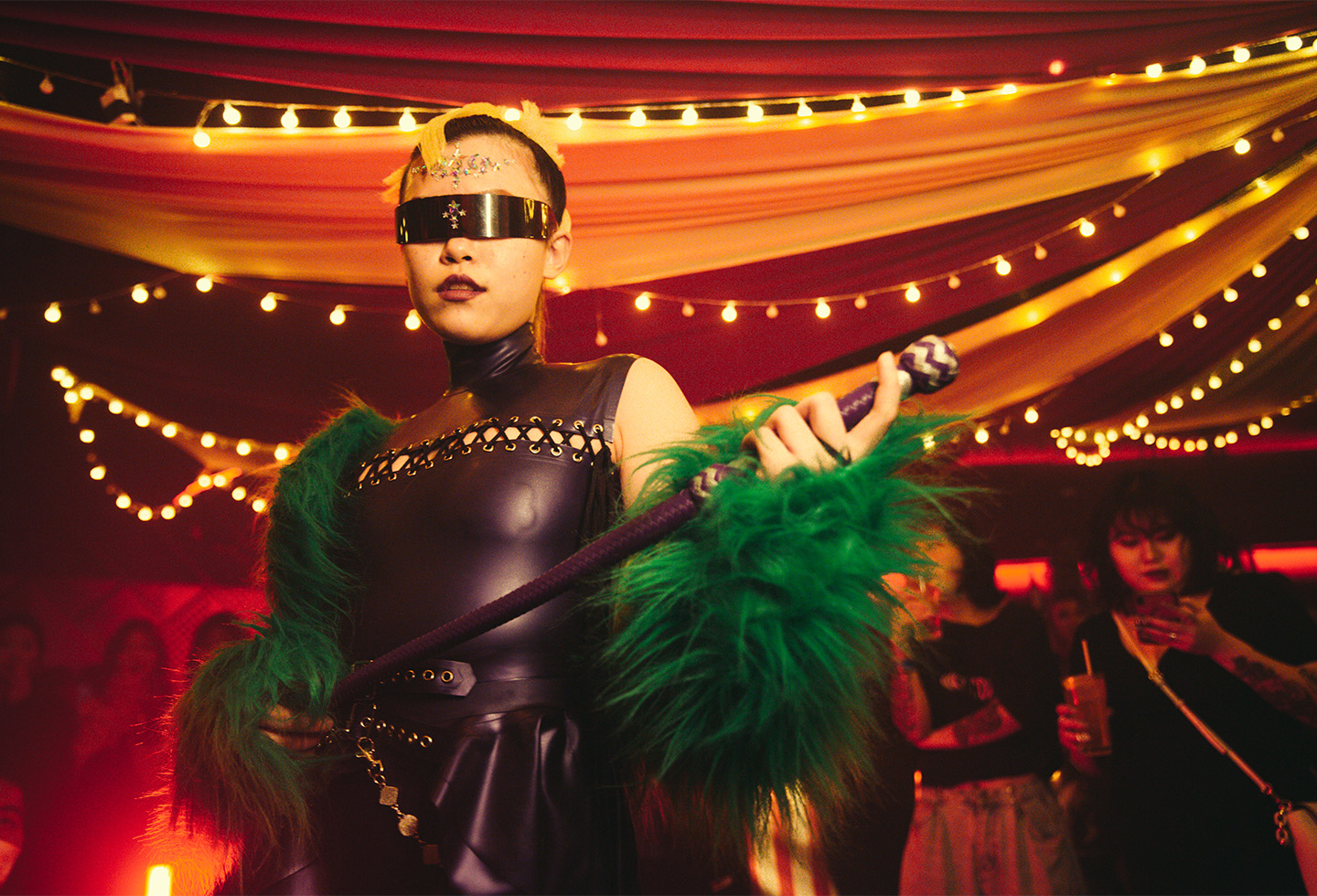 As Sour event organiser Alice Wanderland explained, “Circus is one of the childhood fantasies with all magical things happening and also where freaks and outsiders find their shelter. Hence, we built a giant circus tent in Shanghai’s busiest club street to create a paradise among the commercial fashion parties inundating the city.” 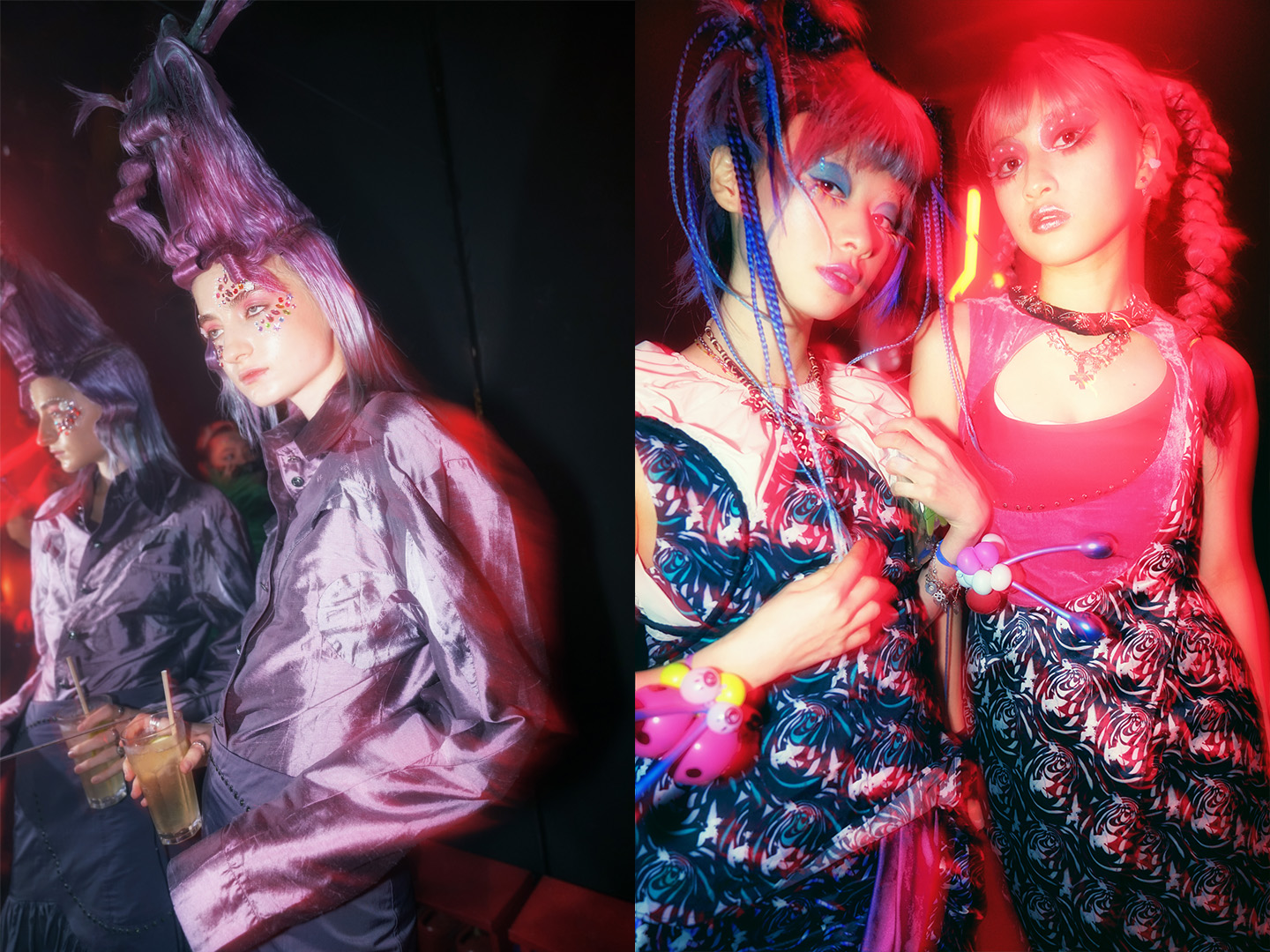 The impromptu fashion show under the big top was notably inspired by the New Romantic subcultural movement and punk style, as well as circus elements. 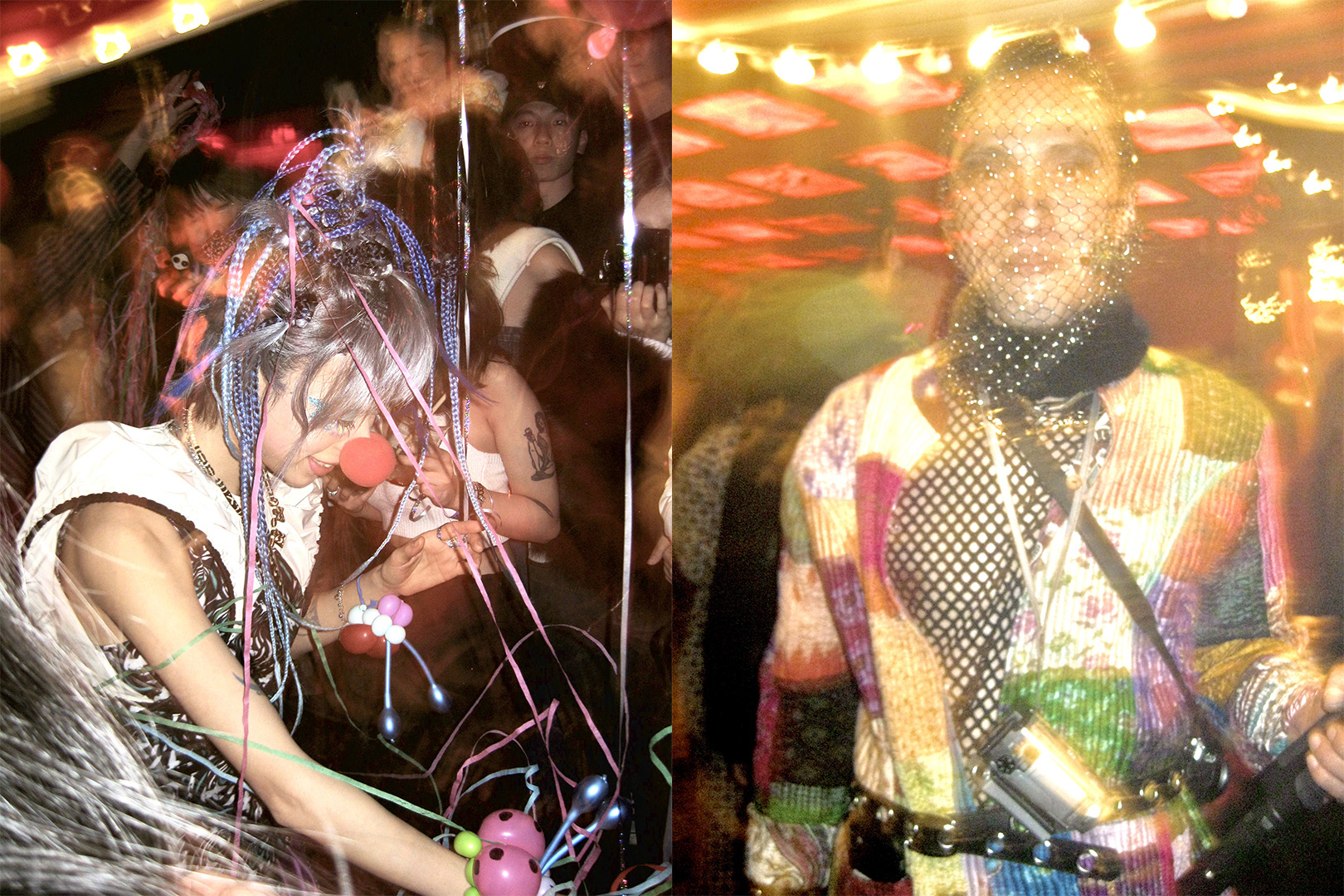 “I found this weird little movie called ‘Liquid Sky’ about aliens meeting some deviant kids in Manhattan,” Alice Wanderland said. “I was just obsessed with those makeups and soundtracks, the ruthless faces and outlandish costumes, a vicious crossbreed between aliens and Blitz Kids. I asked my DJ friend to mix the movie’s soundtracks into our show. It’s just perfect for a circus show.” 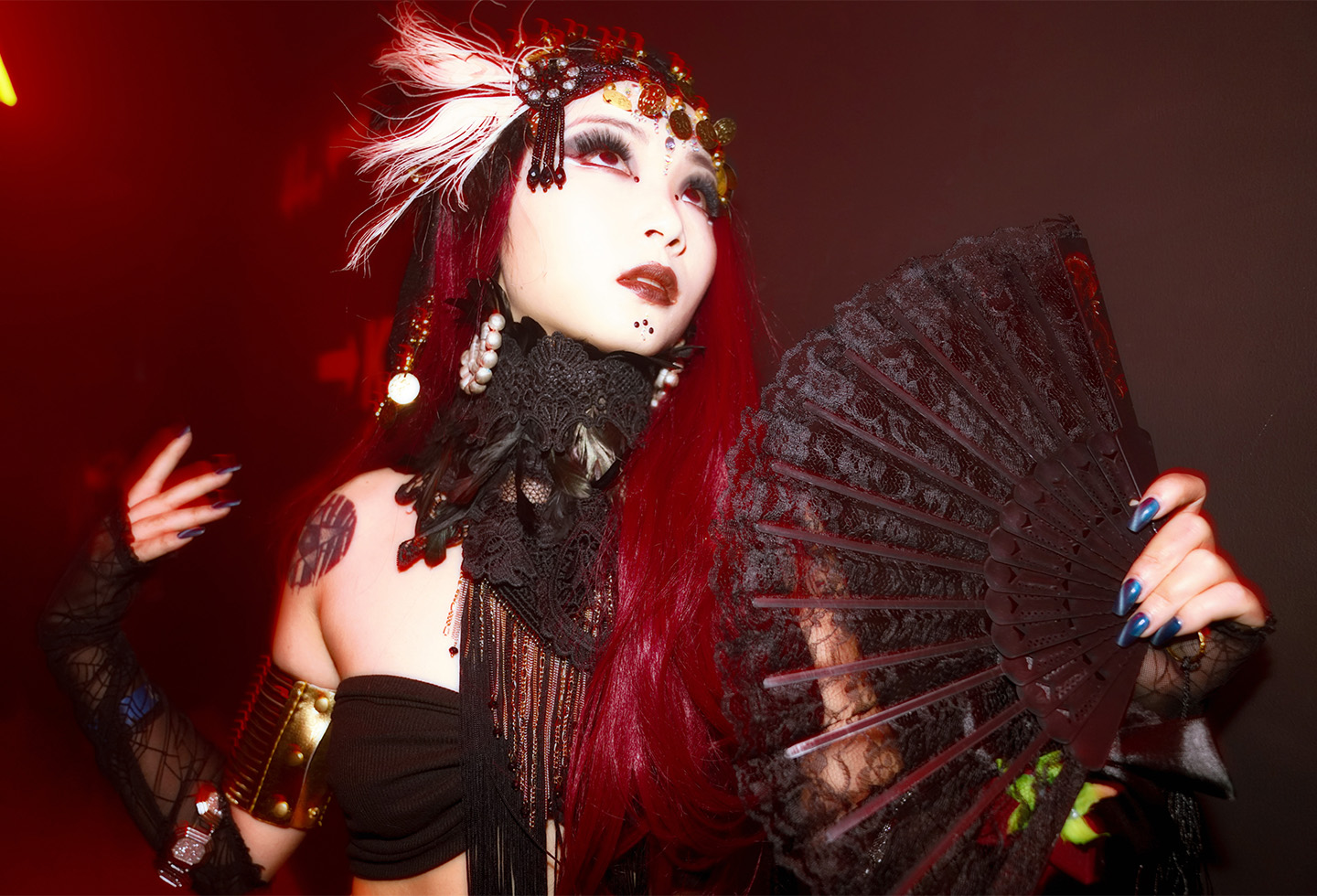 This new Blitz kids’ wave in Shanghai is free, and people paint their faces without the help of a digital filter. You can see that they are in a dream of wondrous escapist fantasy, and above all the joy of freedom on their faces, even the little vice and follies. 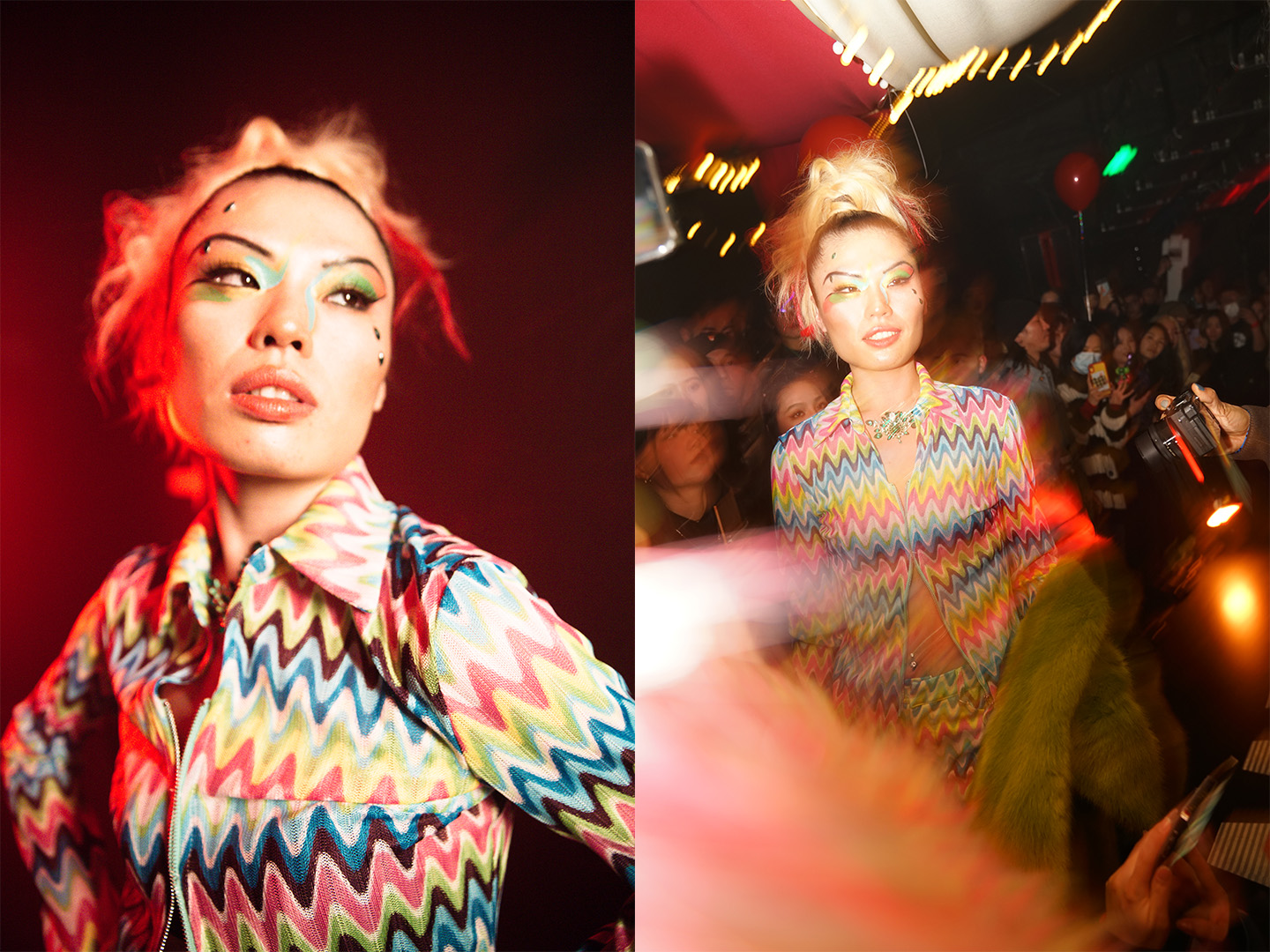 The new idea of clubs is that they are meant to be inclusive, and this is what Sour parties are all about: the absolute playground of individual beauty, for all Covid Kids who just want to enjoy the moment, getting ready to meet the oncoming nihilism of our world. 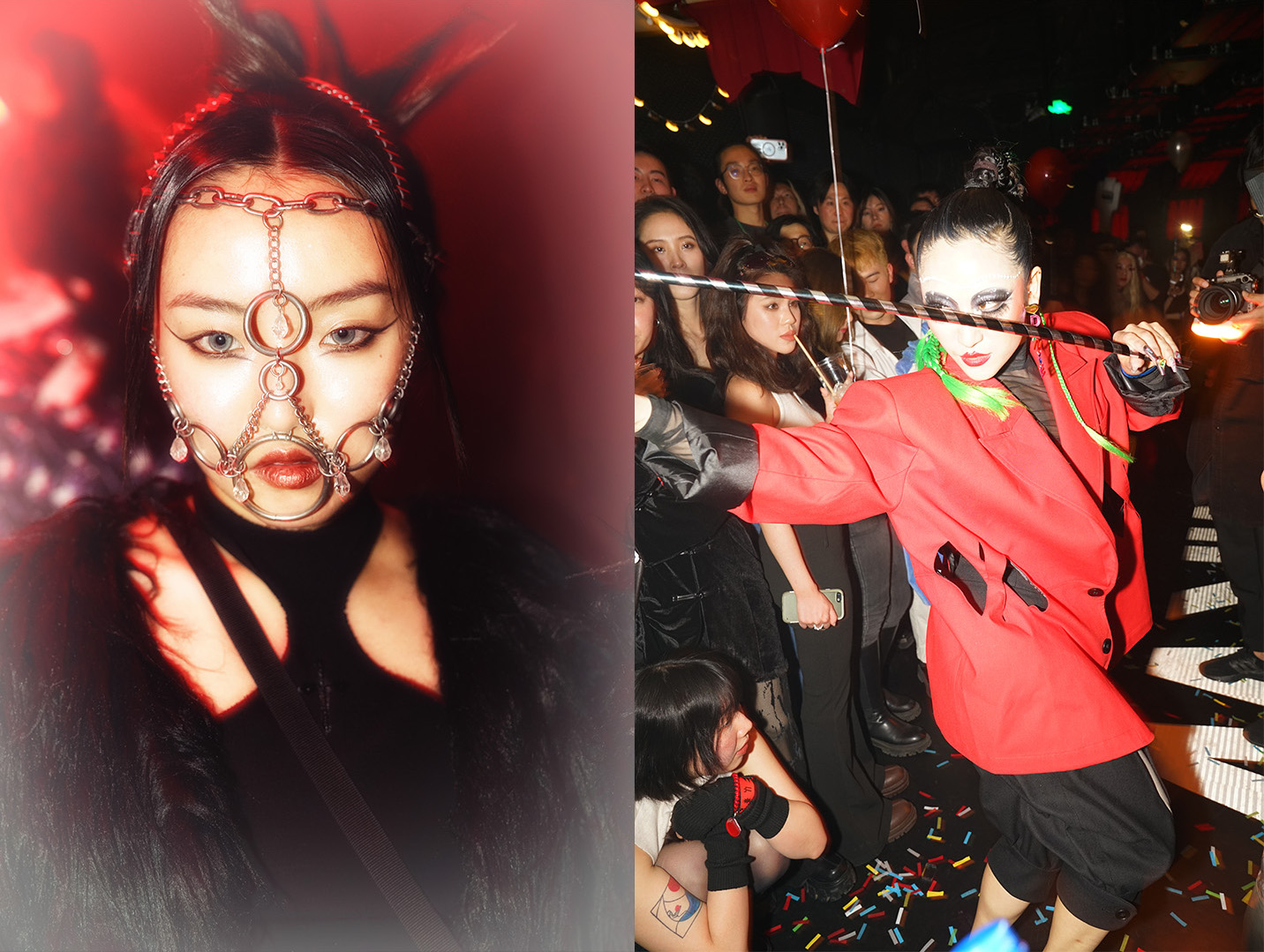 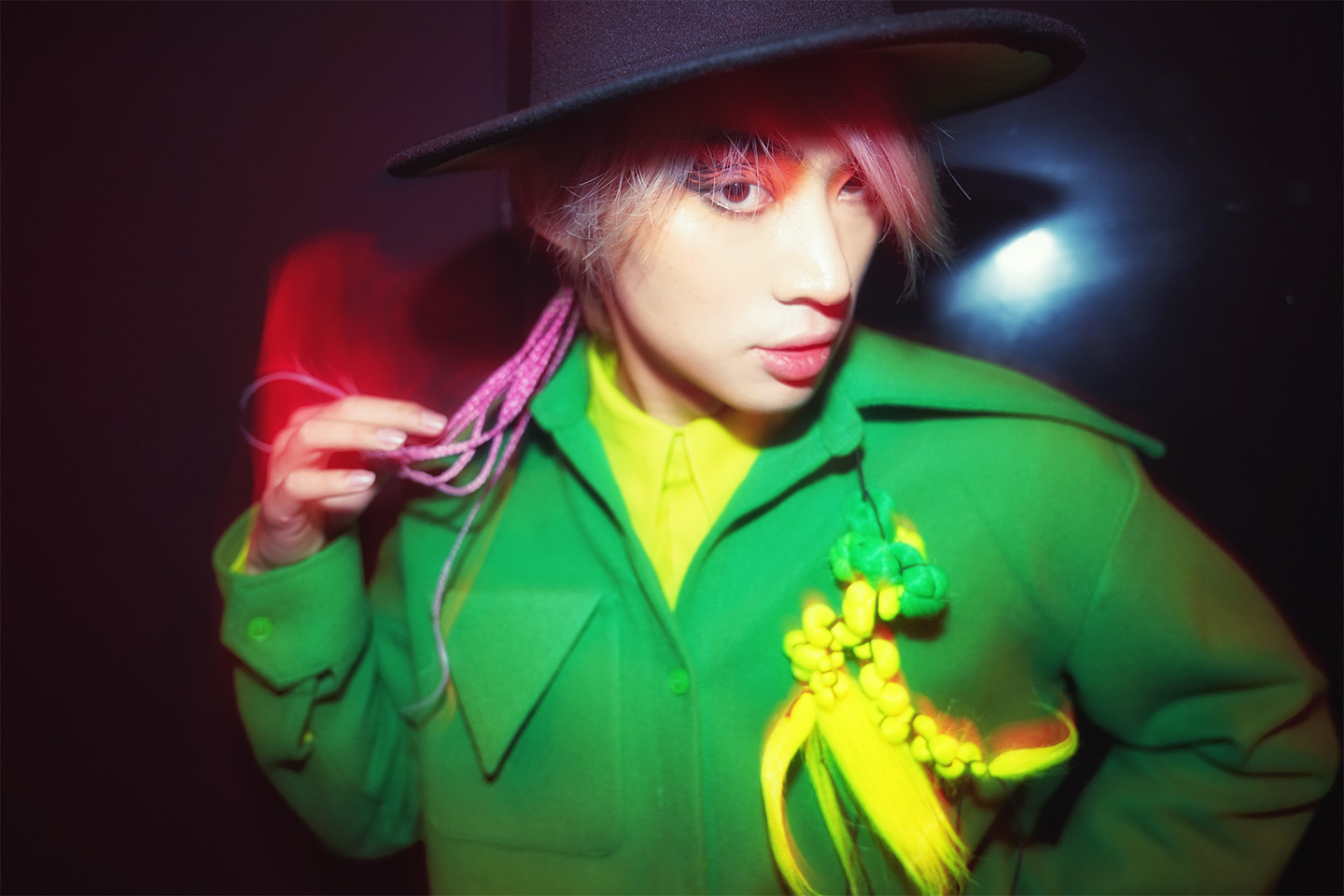 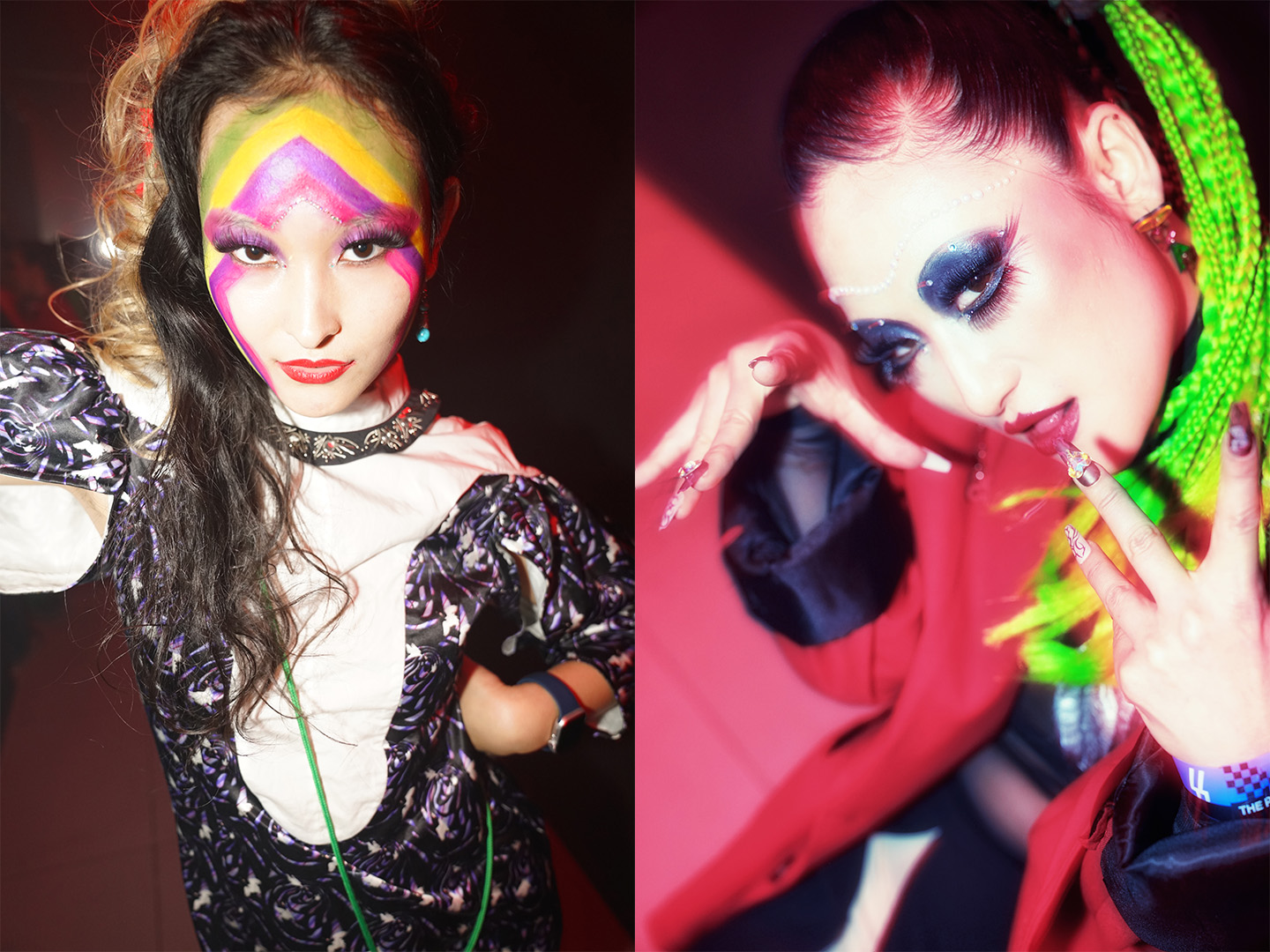 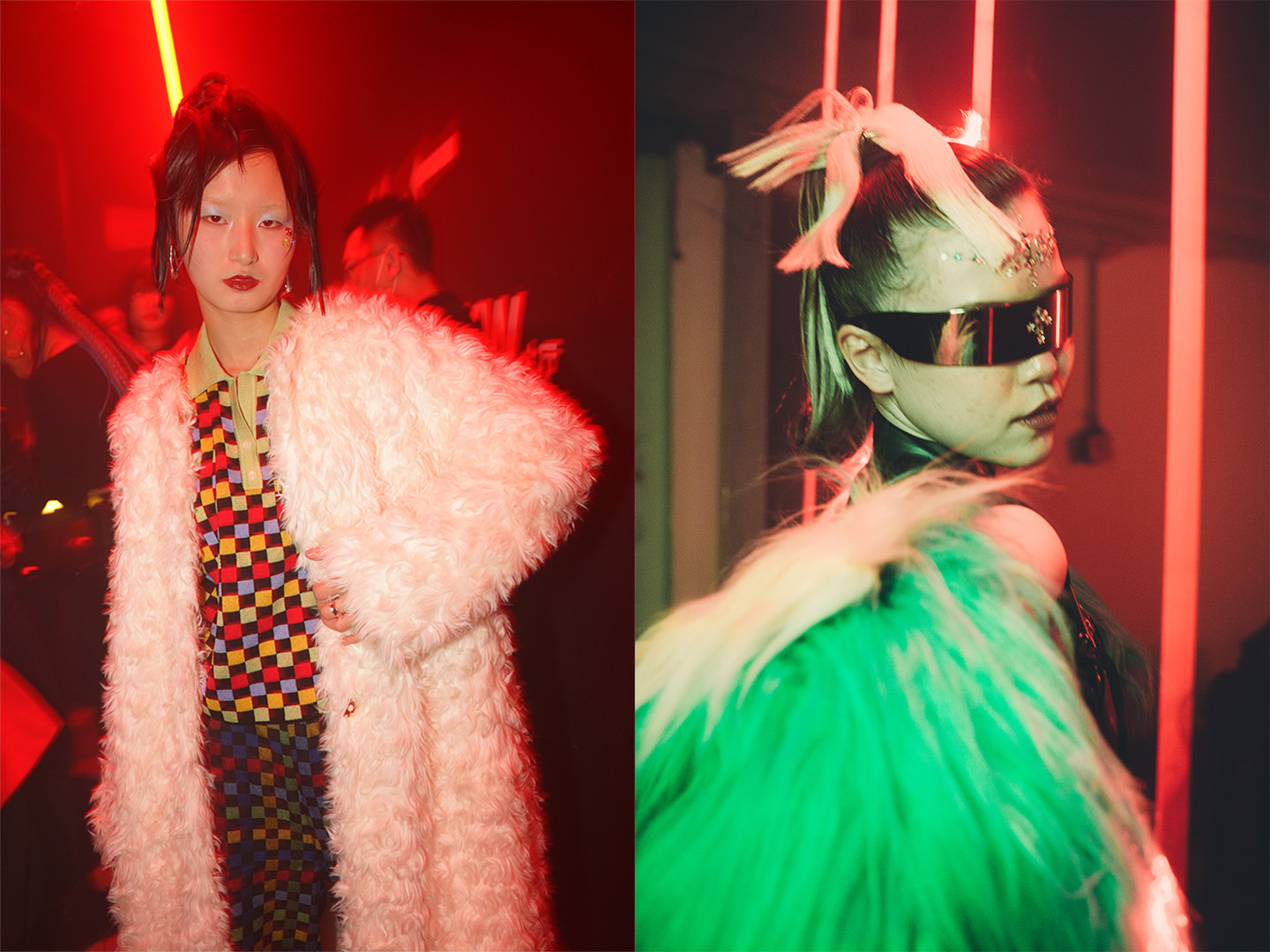