The Zoot suit returns to London

When naming the unnamed, can attempts at subculture nomenclature only commodify the situation and disqualify any nascent underground scene?

Before embarking on any investigation into the origins of style, it’s vital to separate the authorised from the unauthorised, the commercial from the non-commercial, and the mainstream from the underground. Like the avant-garde, the perception of underground movements tends to be nebulous and uncertain, and attempts at nomenclature can only result in the opening up and eventual commodification of the situation – thus, disqualifying any nascent underground scene from continuing below the radar.

This process was noted by the cultural critic Jean Baudrillard who observed that in order for ethnography to live, the object of its focus must die.

Furthermore, the act of naming a social phenomenon is part of the process of notional ownership – even if those doing the naming have no moral or legal right to take over. Such strategies were exemplified by the explorers of the colonial epoch who, without armies or money, renamed vast areas of someone else’s land to claim it for colonial power. Today, it’s professors of sociology that are in the habit of appropriating things that are not rightfully theirs by studying and naming unknown subcultures and thus claiming ownership for the sake of the educational process. 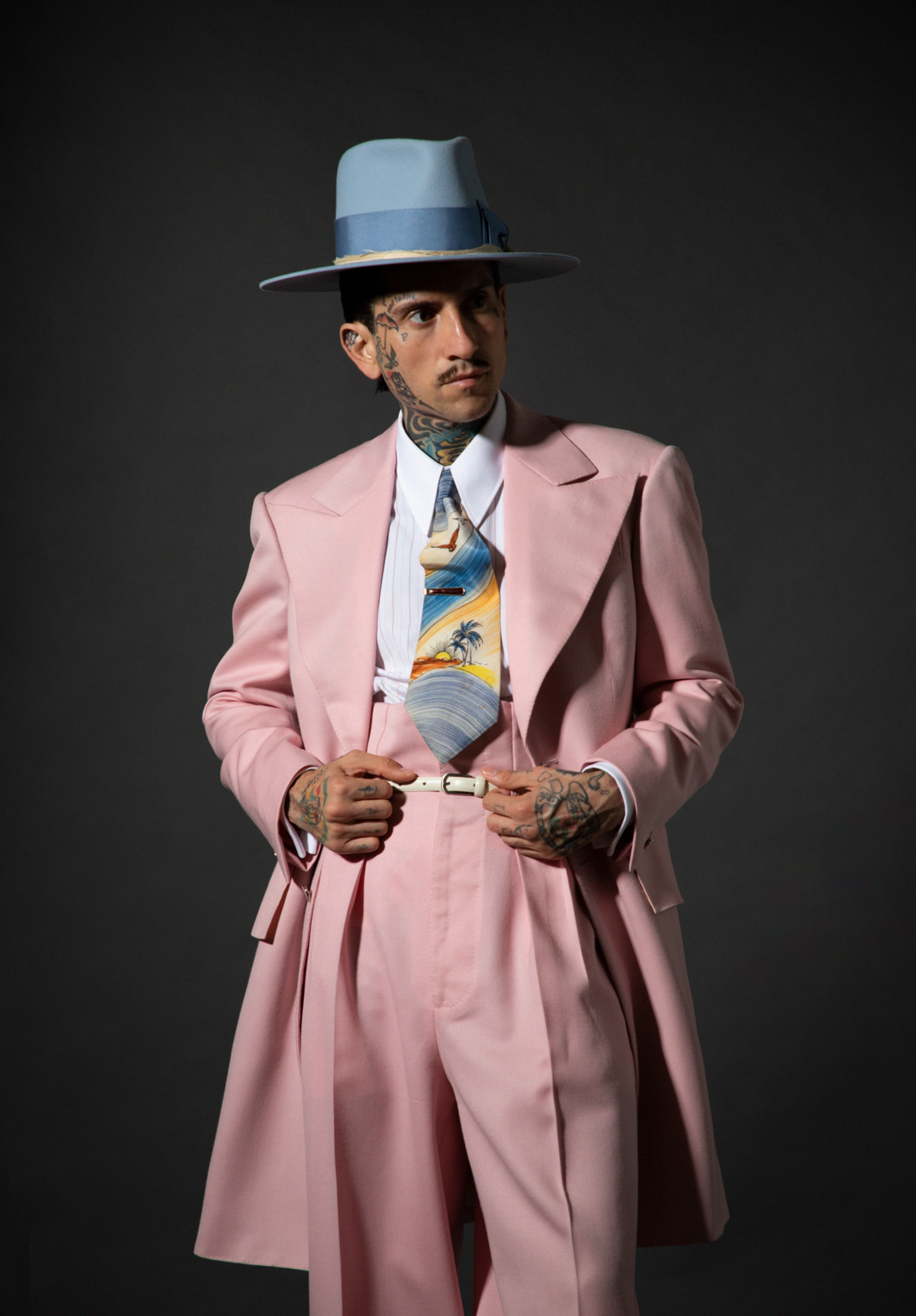 Why media headline-makers identified unknown stylistic movements that operated outside the mainstream in the past and why they still do so today: from “protecting” the public from subcultural outrages to the hope that dynamic markets might emerge from the exploitation of covert street styles

However, it’s the voracious media that is the worst offender. In 1953 a British style-based subculture, which wore a modified form of Edwardian tailoring (King Edward 1901-1910), was outed by the Daily Mirror (a national newspaper) with a sensationalist front page that said, “Flick Knives Dance Music and Edwardian Suits.” One week later, their rival, the Daily Express, shortened the name Edward to Teddy and the “Teddy boy” was moved from the position of underground subculture to that of public property. A valuable property to anyone wanting to sell newspapers to a concerned public or music and fashion to an alienated youth.

Today, the media continues to use its skilled headline writers to define unknowable style movements. Yet, this time their aim is not to protect the public from subcultural outrages but to hope that dynamic markets might emerge from the exploitation of covert street styles. This process of identifying groups and individuals operating outside of the mainstream, usually in the world fashion cities, has become a preoccupation of the big brands that seek to sew the golden thread of authenticity into their creations without their designers having to relinquish their exalted positions and return to the clubs, bars, coffee shops and streets of Altadena, Greenpoint, Shoreditch and Kreutzberg. 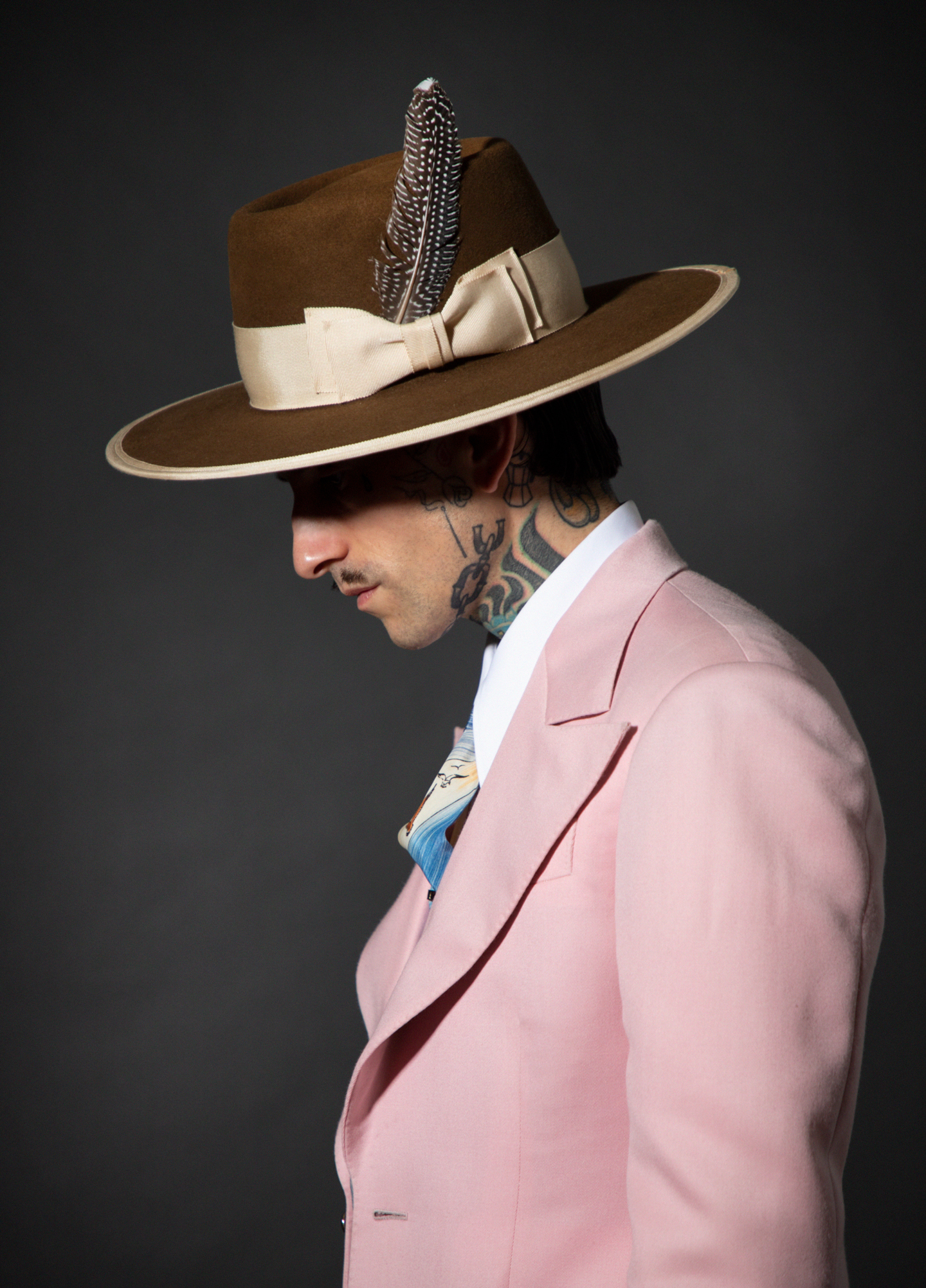 As an authentic image of today’s subculture reality, London-based traditional barber and author Lou Christou walks undisturbed in his pink zoot suit among the head-down mainstreamers scanning an endless feed of post-retail clothing and ideas

In the era of the camera phone, secrets are hard to keep, but the ‘street stylist’ or one-person subculture hides in plain sight and walks the streets of London with the confidence that few will understand or even care how they look. Heads down and eyes scanning an endless feed of post-retail clothing and ideas, the mainstreamers are convinced of their originality – en masse – while London boy, traditional barber and author Lou Christou walks amongst them. Seen here in his latest ensemble, a pink zoot suit.

Trip through zoot suiters’ fashion underground: from the zoot suit’s most famous patron, the African-American entertainer Cab Calloway in the early 1940s to the ultra-stylish Londoners

Although a rare sight today, the zoot suit first came to the notice of Los Angelinos in June of 1943 when, in a racist tirade, the LA Times announced, “Those gamin dandies, the zoot suiters, having learned a moral lesson from servicemen.” Behind the headline is a tale of discrimination and violence against Latino youth by the locally stationed American military, who viewed the extravagant use of cloth in the garment as a clear sign of waste and deviance in a time of war.

This is a classic (but undesirable) response to a moral panic felt by what cultural critic Dick Hebdige characterises as the “straight” or “non–deviant” world. Author of the touchstone work, Subculture: The Meaning of Style, Dick Hebdige proposes that some form of hysteria is inevitable when society is confronted with a totally new and exuberant aesthetic instigated by youth. 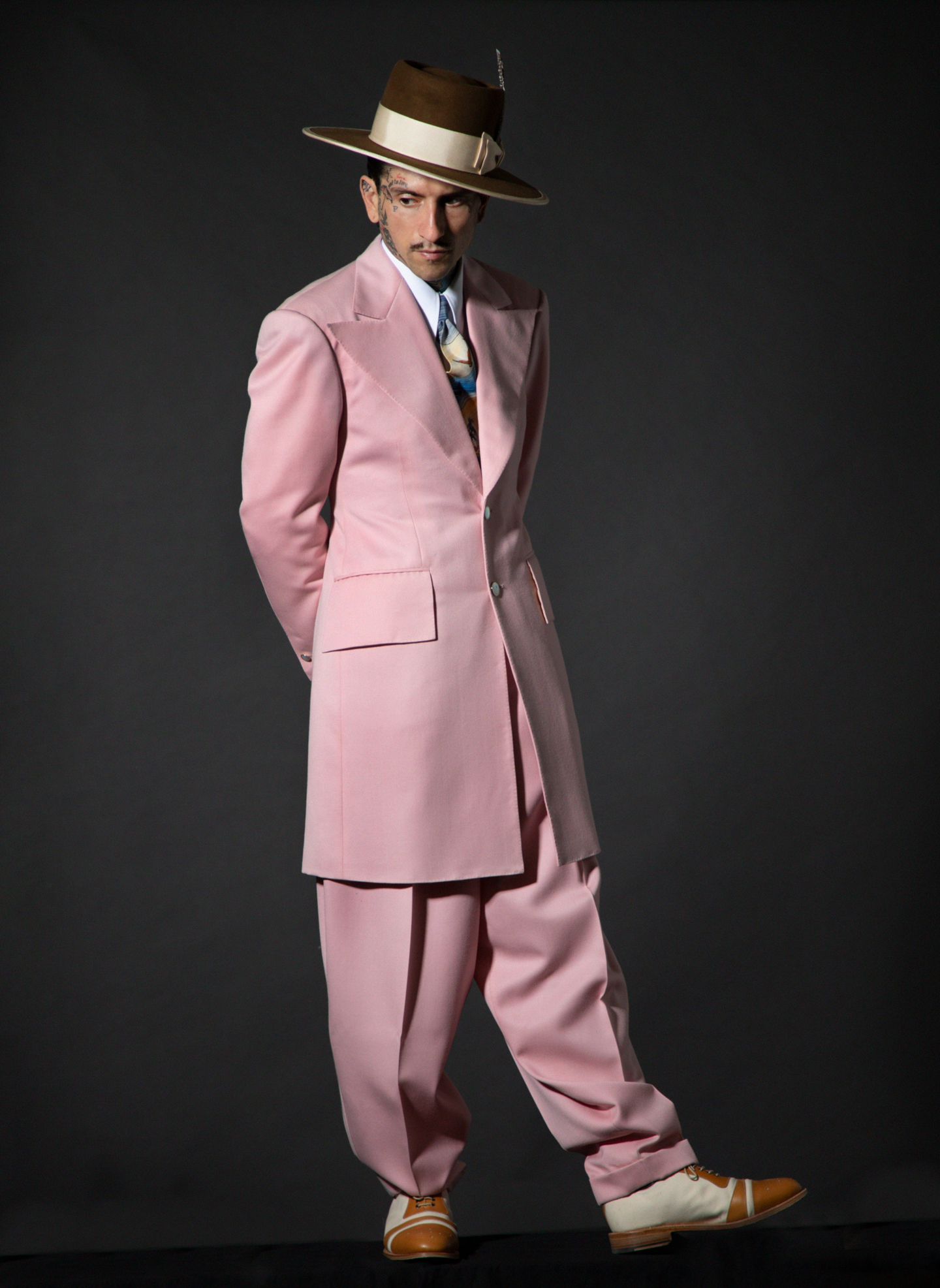 What is noteworthy here is that Lou Christou is not a “youth” but a man in his thirties and that this is not the first time a select group of ultra-stylish Londoners has adopted the zoot suit.

As the main driver of innovation in street-level fashions during the late 1970s and early 1980s, the Soho club scene spawned a plethora of subcultural responses in manners, dress and music, with club hosts Chris Sullivan and Christos Tolera adopting the zoot suit and forming a Latin-jazz-funk fusion band known as Blue Rondo à la Turk. Achieving the perfect level of success – very little within the mainstream and very much amongst hip individuals – the band acknowledged the Latin origins of the clothing through their music while equally borrowing the showmanship of the zoot suit’s most famous patron, the African American entertainer Cab Calloway during the early 1940s.

However, like much that originates in spontaneous refusal by youth, or other outsider groups, its origins are hard to pin down. In 2016, in a feature on this “snazzy style,” Alice Gregory of the Smithsonian Magazine included a pristine example of a zoot suit at the Los Angeles Museum of Art dated “1940-42”. The same article suggests that a long suit with baggy and pegged trousers, popular in Harlem during the 1930s and known as a “drape,” might have influenced the zoot style. Even revolutionary civil rights leader Malcolm X was associated with the zoot suit as a teenager. 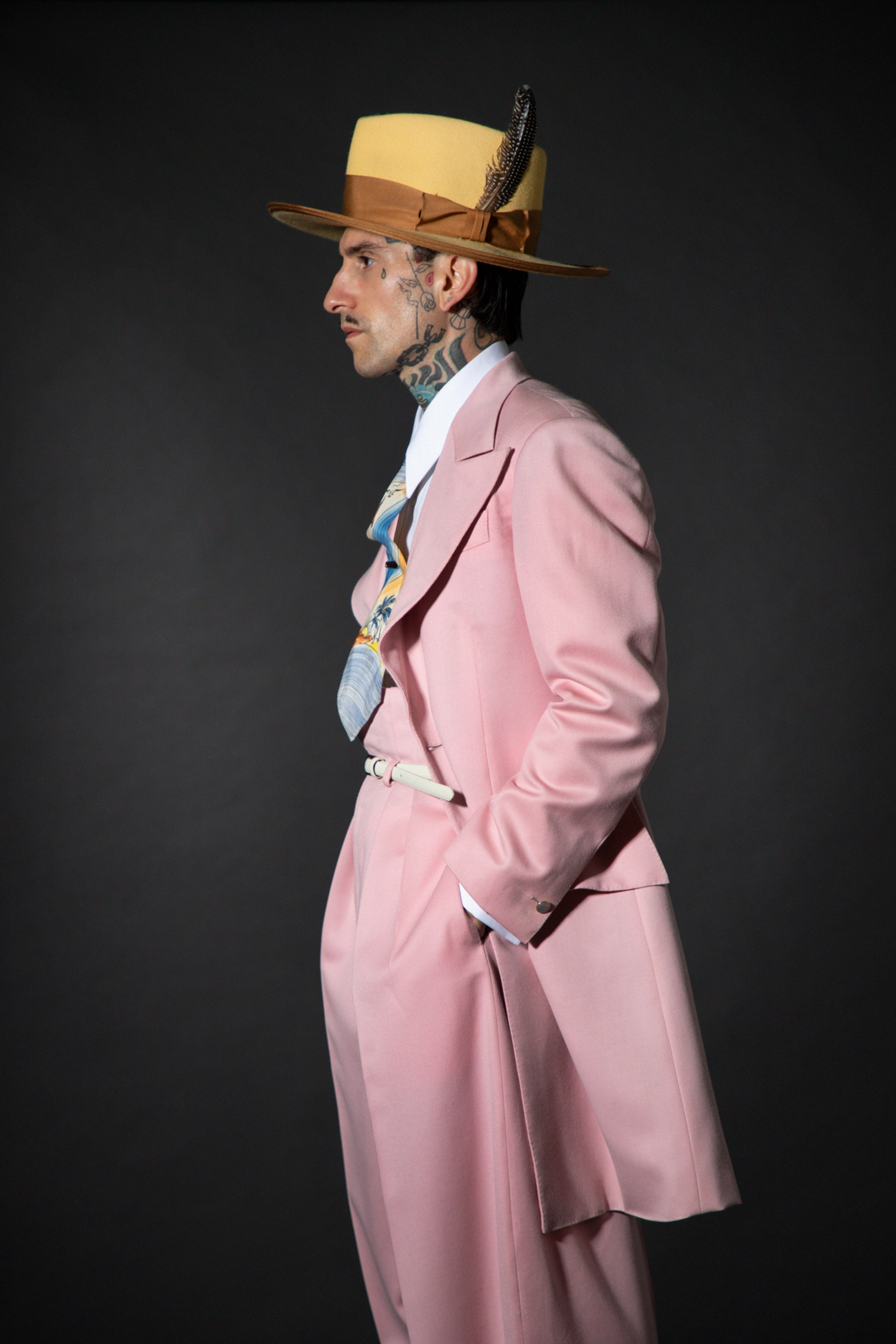 The complexity of the evolution of street style, as shown by Lou Christou’s zoot suit signifying all that predates it in terms of subculture, style and various attempts at appropriation and rebirth

None of this history is lost on Lou Christou or the tailor he commissioned. Made by London cutter Kimberley Lawton of Lawton Ltd with headwear by bespoke hat maker Matt Kitto of Sierra & South, the ensemble signifies all that predates it in terms of subculture, style and various attempts at appropriation and rebirth.

What we witness here is the complexity of the evolution of street style, which might well be appropriated, commodified and turned into men’s fashion by brands who see subcultural dress as merely a property ripe for exploitation. But there is no crime here, Lou Christou’s day of glory is now before the system appropriates the street-level idea, and it appears on the catwalk or shop window. This is the process of fashion that then pushes innovators like Lou Christou to new and greater things.