Pitti Uomo: A clash of styles melds rigour and coolness

Established for over a century, Pitti Immagine Uomo is the hottest Florentine fashion event. Crossing decades and going through multiple styles, this trade show has reinvented itself to stay relevant. 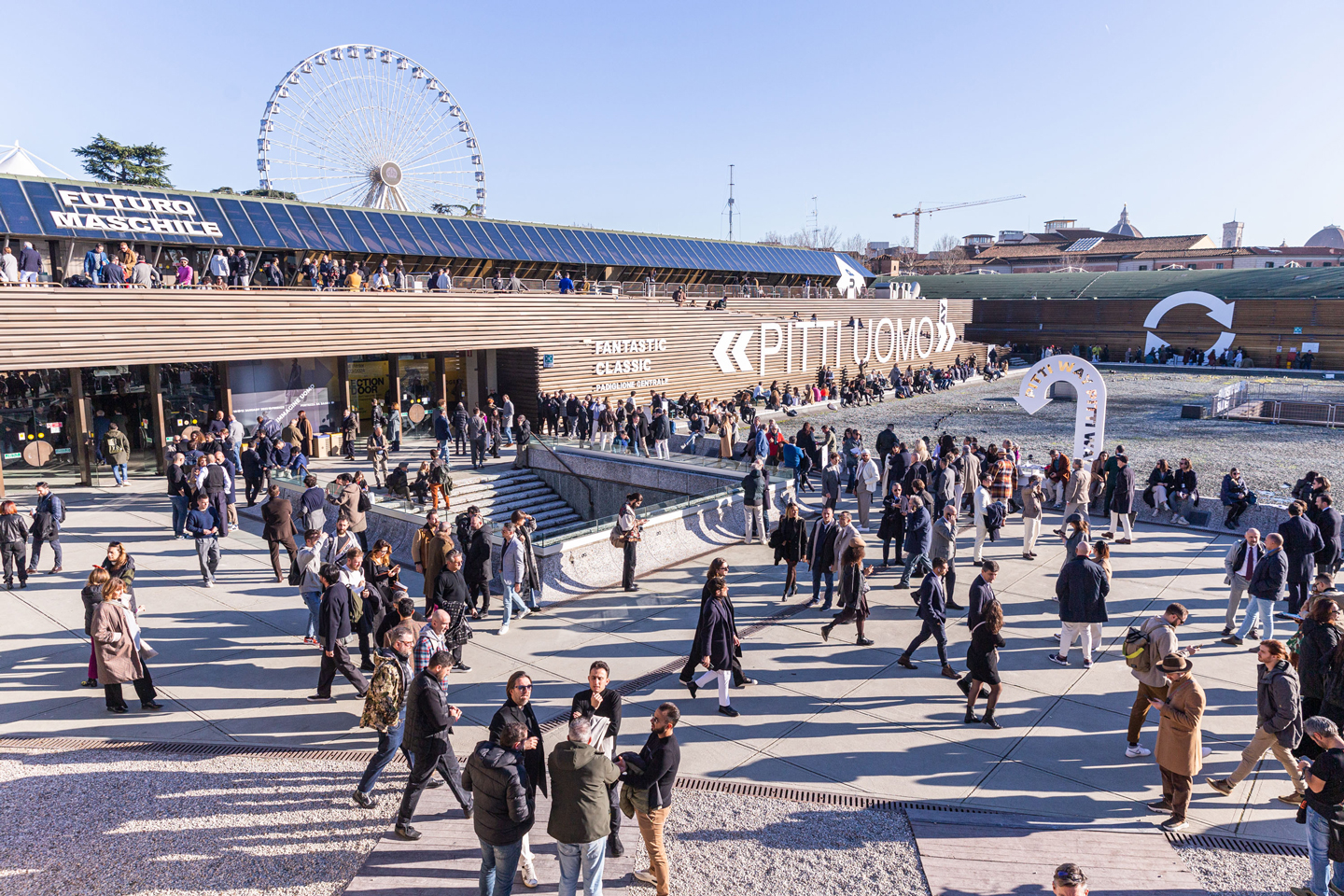 The highlights from Pitti Immagine Uomo 103

Already in its 103rd edition, Pitti Immagine Uomo has proved to be the leading event in the menswear area, letting the dance of the fashion month begin from Fortezza Da Basso. Exercising a pull of attraction for almost 18000 visitors, 6500 selling and distributing platforms had the chance to showcase their products, contributing to shaping a new perception of menswear in line with the present and anticipating the future. 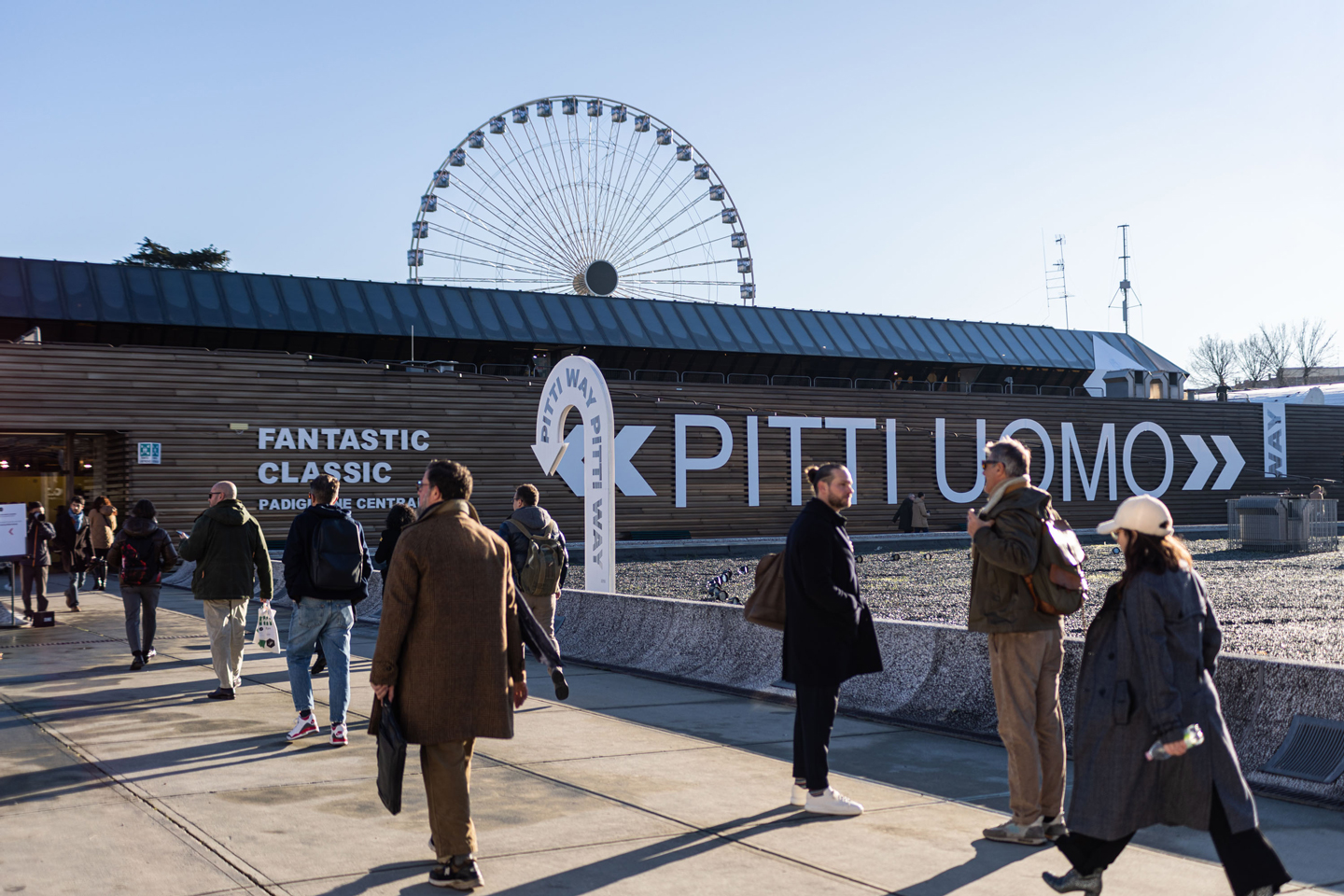 Highlights from the three-day programme include the first-ever fashion show by Jan-Jan Van Essche and the one by the British menswear designer Martine Rose, one of the few eligible figures to replace Virgil Abloh at Louis Vuitton.

The austere interiors of Santa Maria Novella in the picturesque south of the city renamed Oltrarno made the setting for the first-ever show by Belgian designer Jan-Jan Van Essche: pure conceptualism coming together with pure forms and a careful choice of materials.

Before this case, the 2010-founded brand had never physically displayed through a runway its collections, considering them superfluous and easily replaceable by other captivating ways of narrating, such as photography and videos. 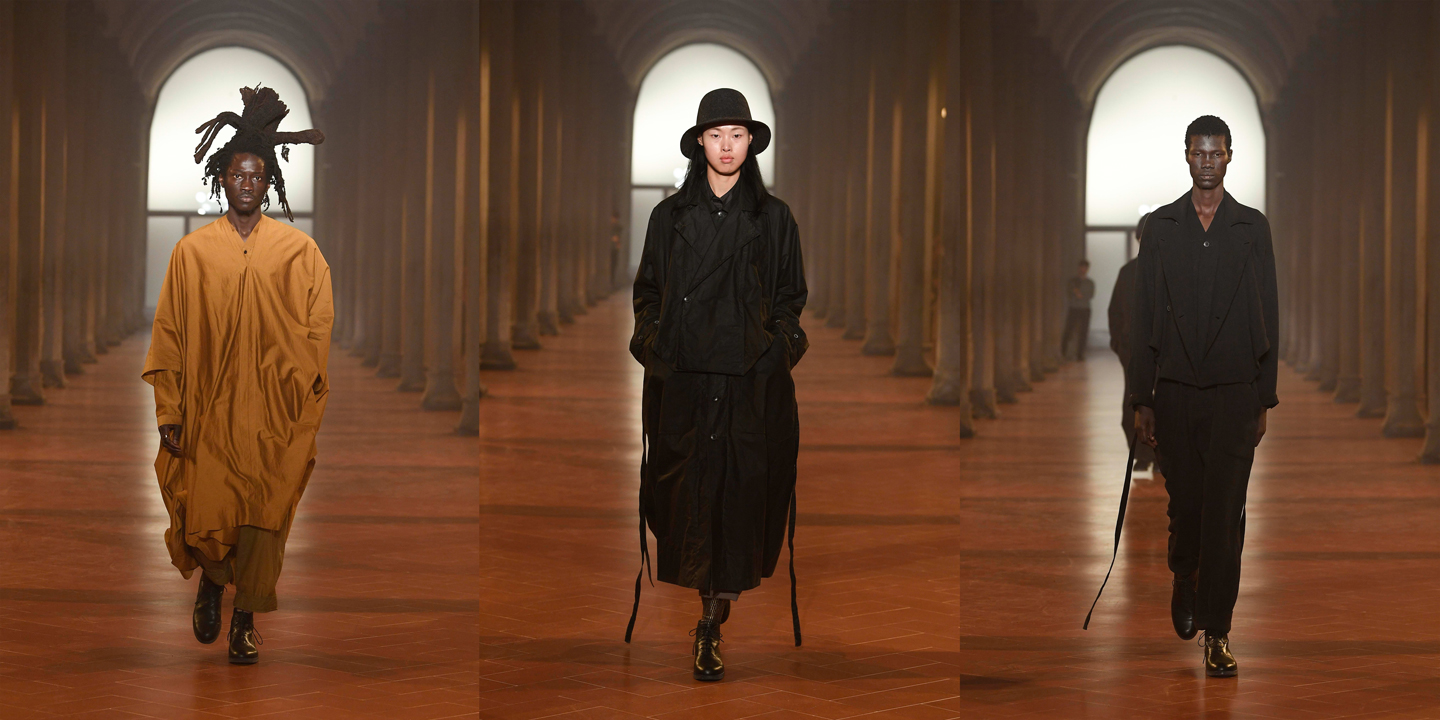 The Pitti Immagine Uomo show culminated with a moving performance choreographed by Sidi Larbi Cherkaoui: a sublime ending for a visual poem made of loose-genderless silhouettes, undyed raw textiles and “no frills” garments with a mysterious Far East allure. 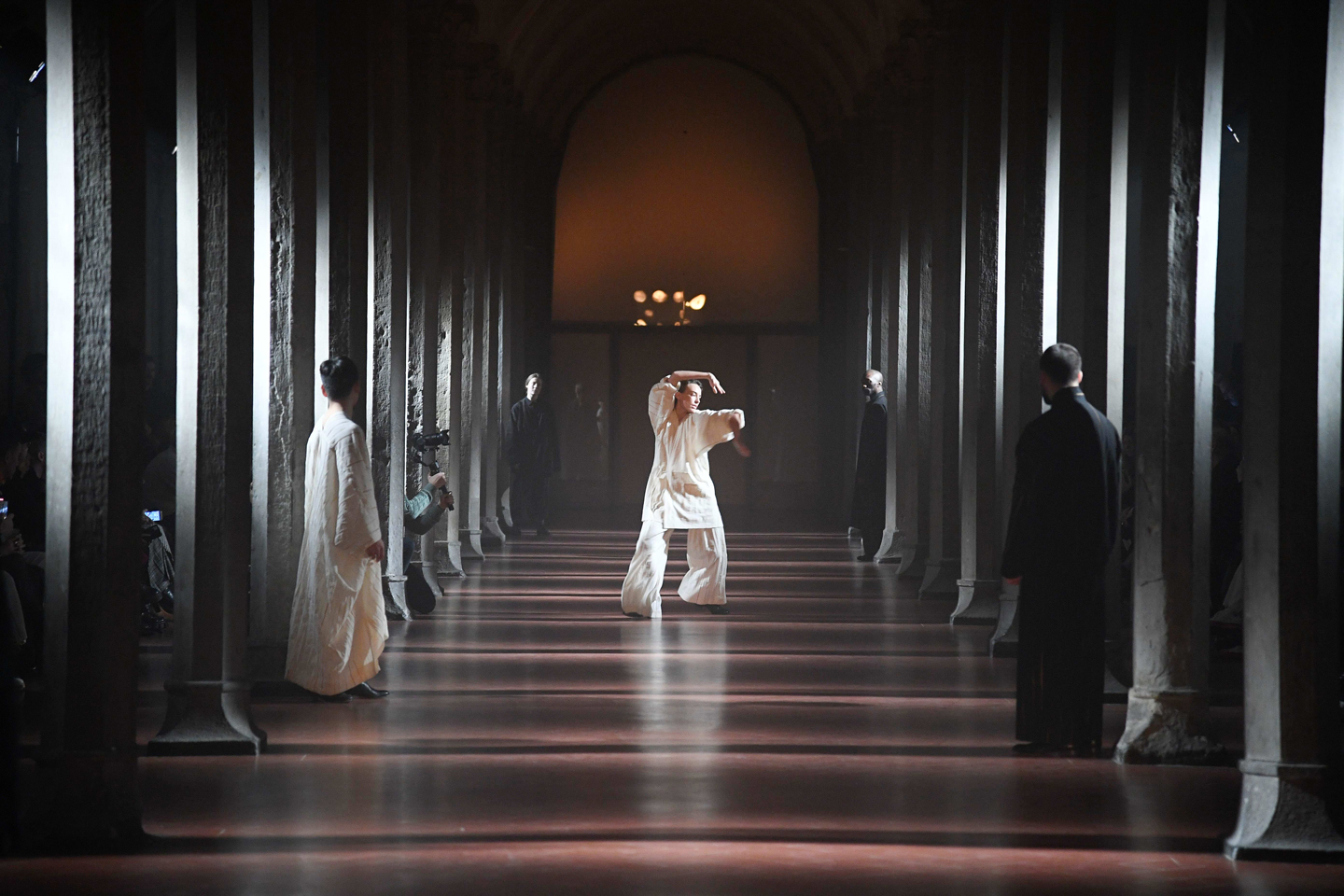 In Piazza del Mercato Nuovo, in the city centre, the setting of Martine Rose’s show reinvented the closed loggia that usually hosts a leather goods market into a 1970s sophisticated disco club enriched with mirrors and olive-green carpet flooring. 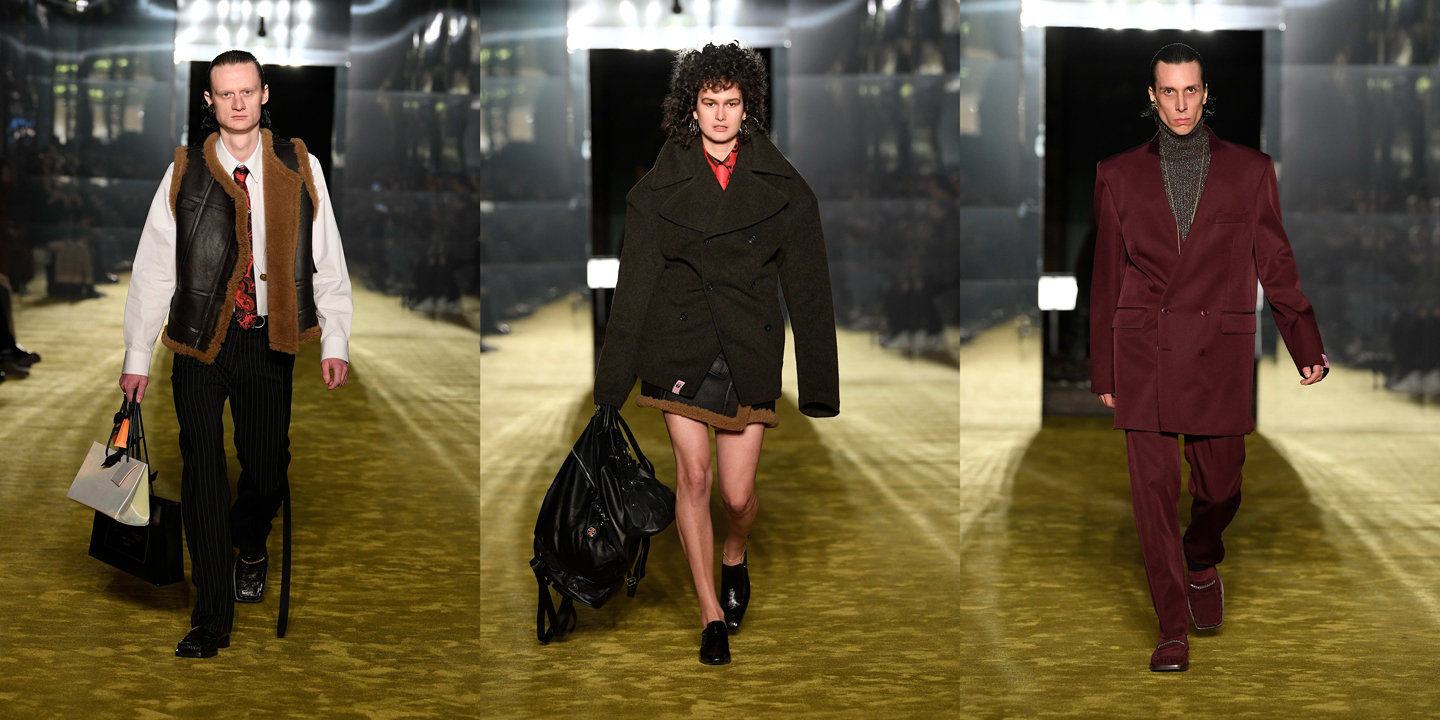 The street casting reflected the influence of the three years Rose spent at Balenciaga: non-conventional faces and freshly-scouted models from streets or Calcio Fiorentino teams gave a genuine touch to the streetwearish tailoring that sets the London-based designer apart. 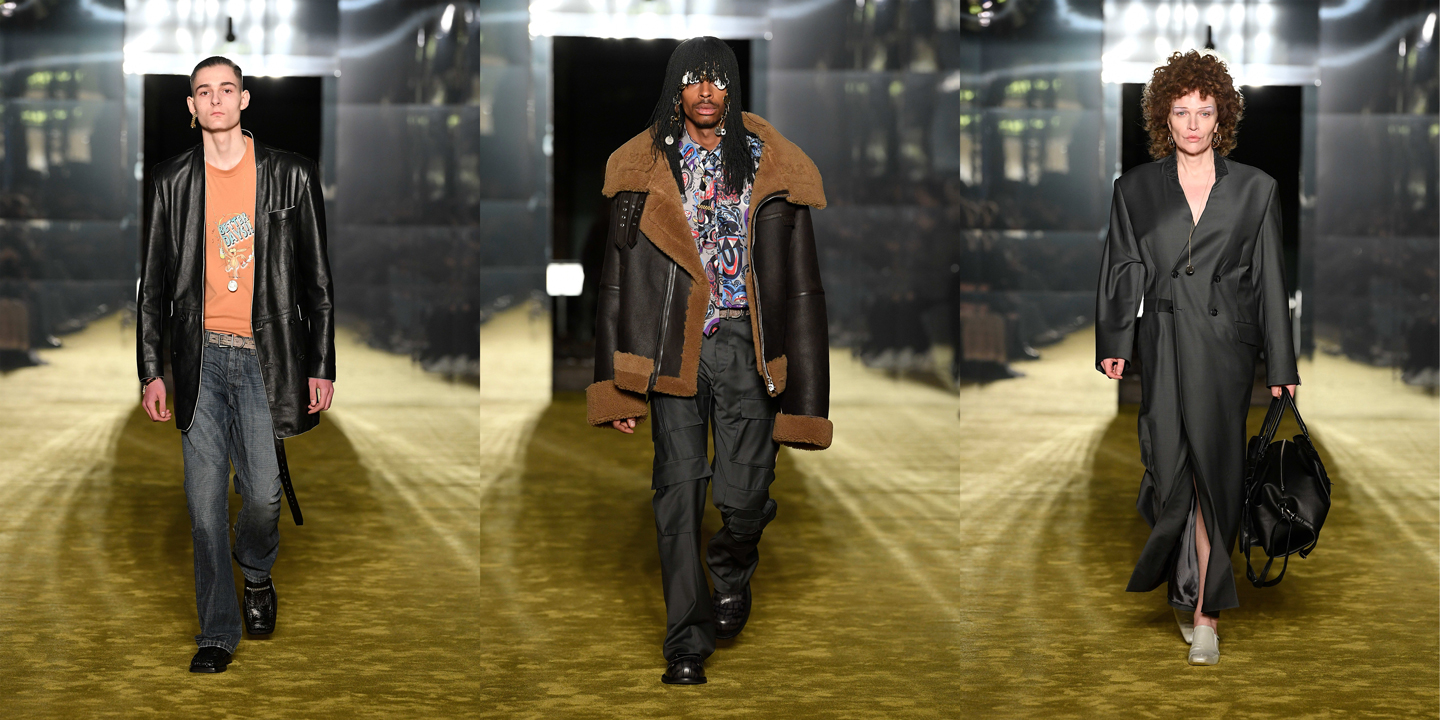 “I am interested in a certain everydayness and ordinariness; this is why I am drawn to men from all walks of life and not professional models for my shows,” stated Martine Rose. 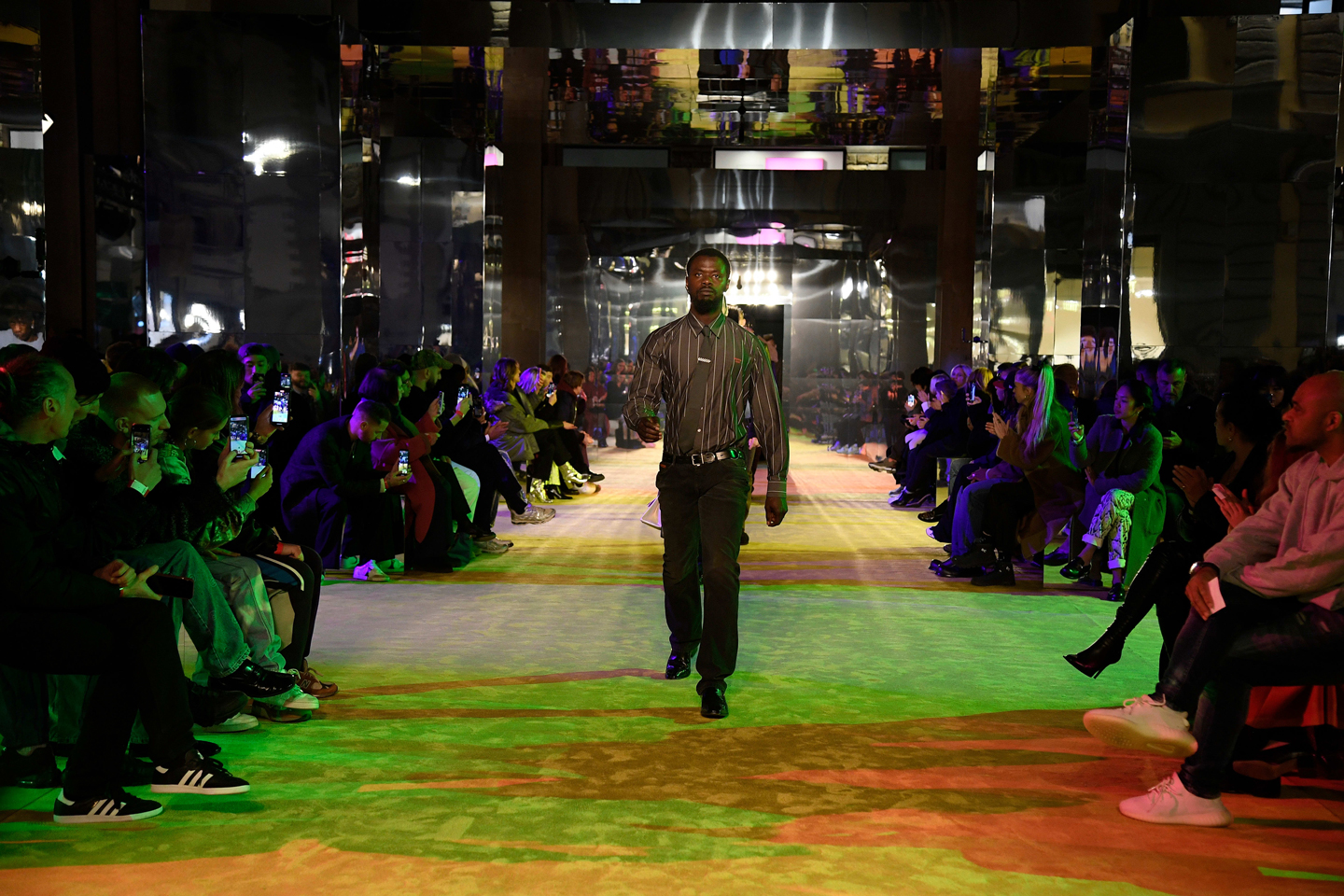 Special guest at Pitti Immagine Uomo 103, Rose masterfully combined stereotypical features of the Italian peninsula, such as the cinematic genre of spaghetti western referenced in the fringes, the Bolognese new wave in the soundtrack and even Tuscany’s centennial care for prestige materials. All those aspects were interpreted with a British taste and led to a universal language that, although referencing Florentine codes, didn’t fall into cliché. 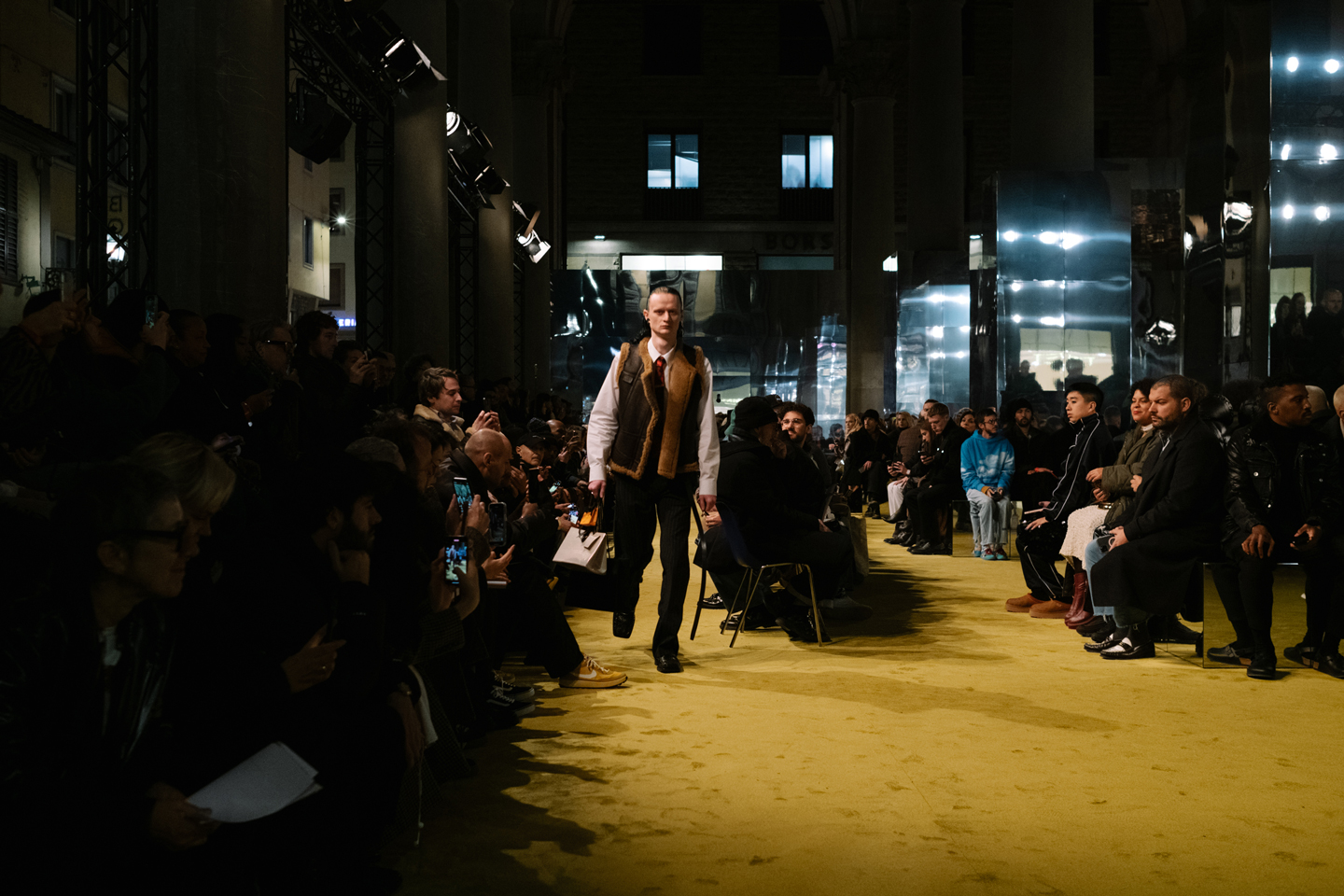