“There are times when paths part ways because of the different perspectives each one of us may have,” said Alessandro Michele in a statement confirming his departure from Gucci after almost eight years. The news threw the fashion industry into turmoil, as demonstrated by the more than 15 thousand comments (at the time this article was published) under Michele’s Instagram post of the announcement. He has transformed the Kering flagship brand from a declining symbol of late-190s glamour into a machine of unconventional inclusivity that embodies the broader contemporary conversation about sex, gender identity, and race. 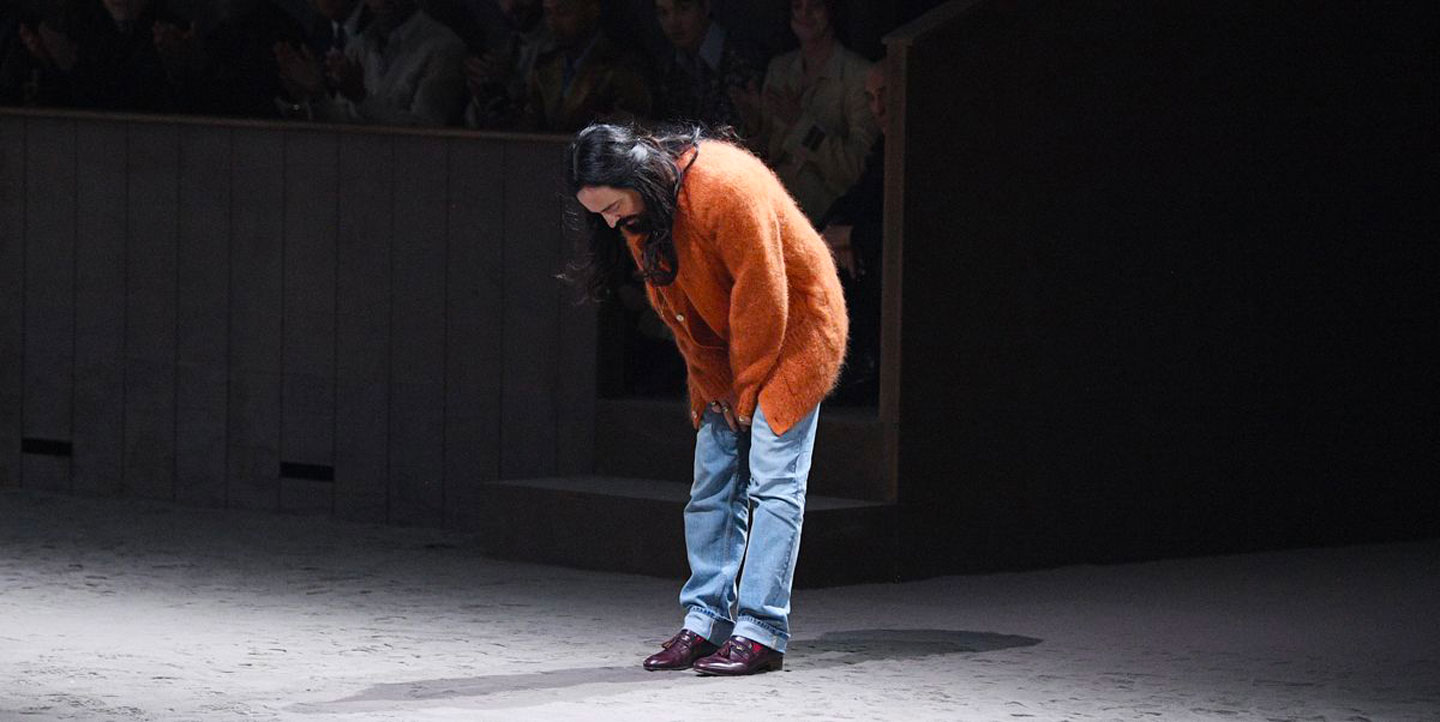 About Alessandro Michele before he was appointed creative director of Gucci

For over 20 years, Alessandro Michele worked as head of accessories in the shadows. Then he took over as Creative Director in 2015 and went from being a perfect stranger to being projected under media pressure. If the shaggy-haired designer was initially a shy or indisposed frontman, he found instant success from the public.

Alessandro Michele’s first triumph was his debut on the men’s catwalk for autumn-winter 2015/16. The then Creative Director Frida Giannini abruptly quit the company, and CEO Marco Bizzarri challenged Michele to design and present the fashion house’s runway show in just five days.

That season’s Princetown slippers twisted Gucci’s loafers with a furry makeover thanks to their kangaroo lining. Of course, those shoes incorporated the Florentine brand’s statement pieces yet announced that the Roman designer would lead the brand in a more eclectic and eccentric direction. Alessandro Michele’s one. 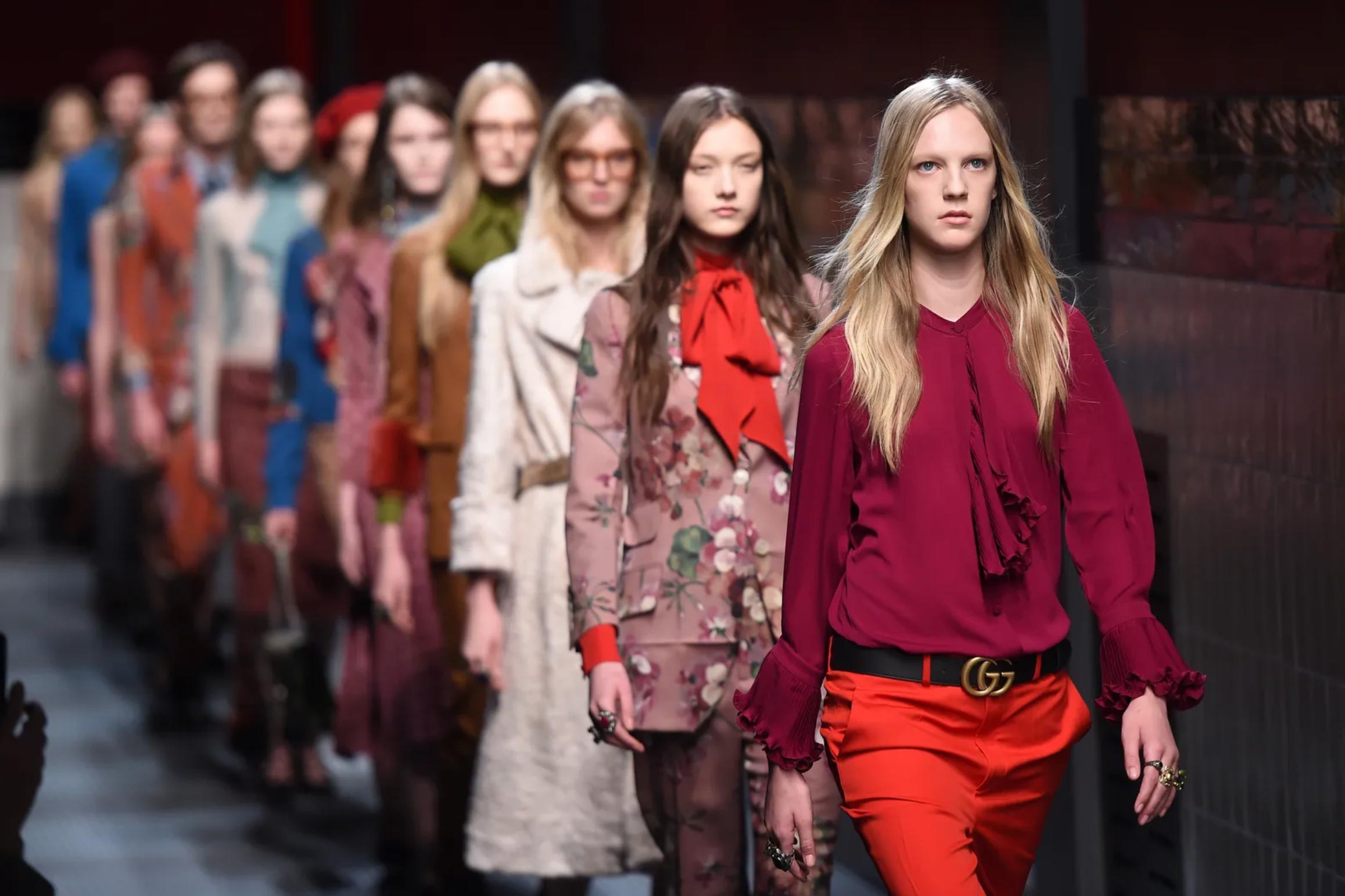 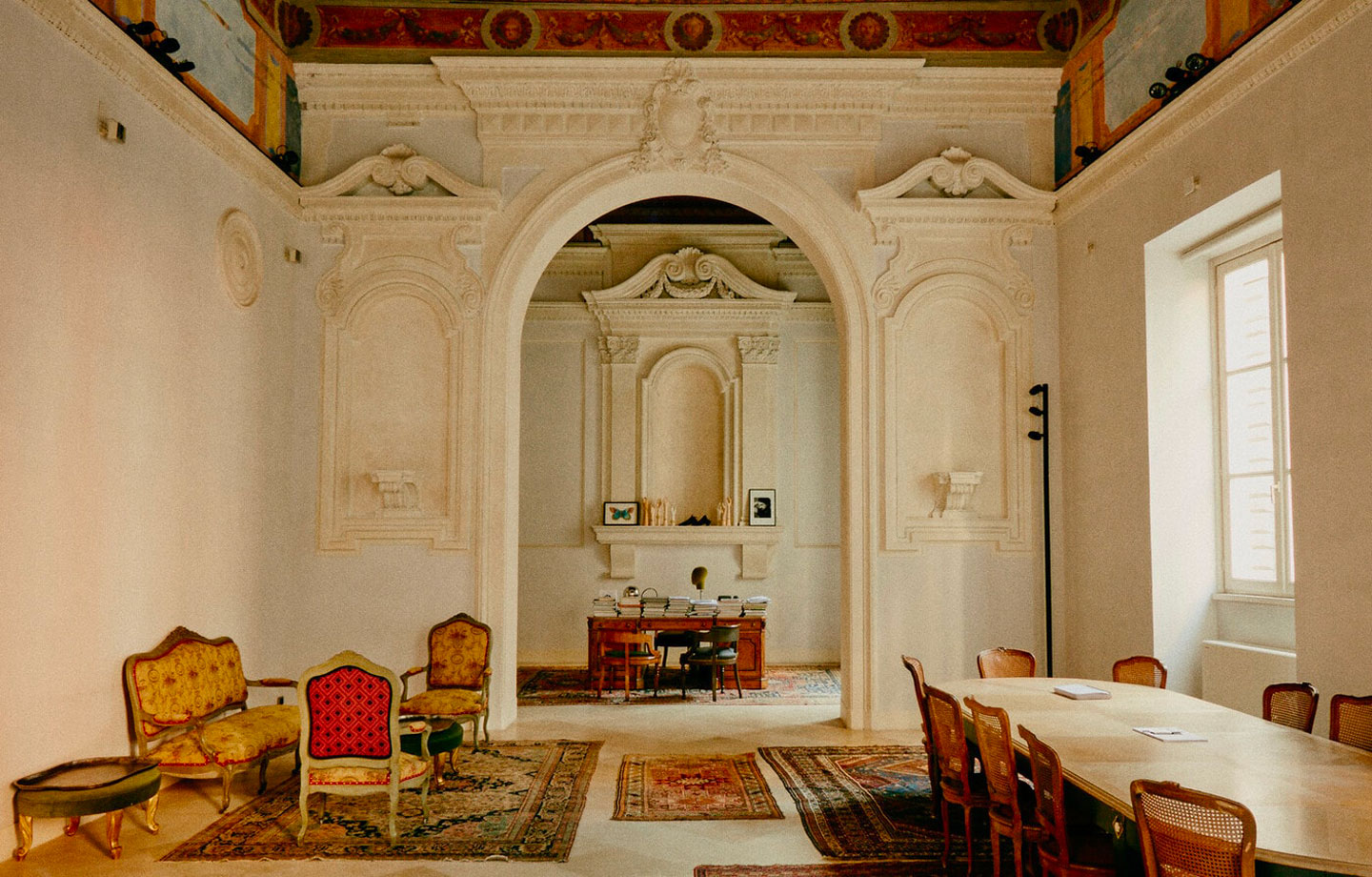 Since his beginning at Gucci, Alessandro Michele has established his aesthetic, also known as “Geek-Chic,” which borrowed heavily from a decade in which style expanded, ushering an era of gender individuality that endures to this day, and creating a loyal following in the usually unstable Hollywood. 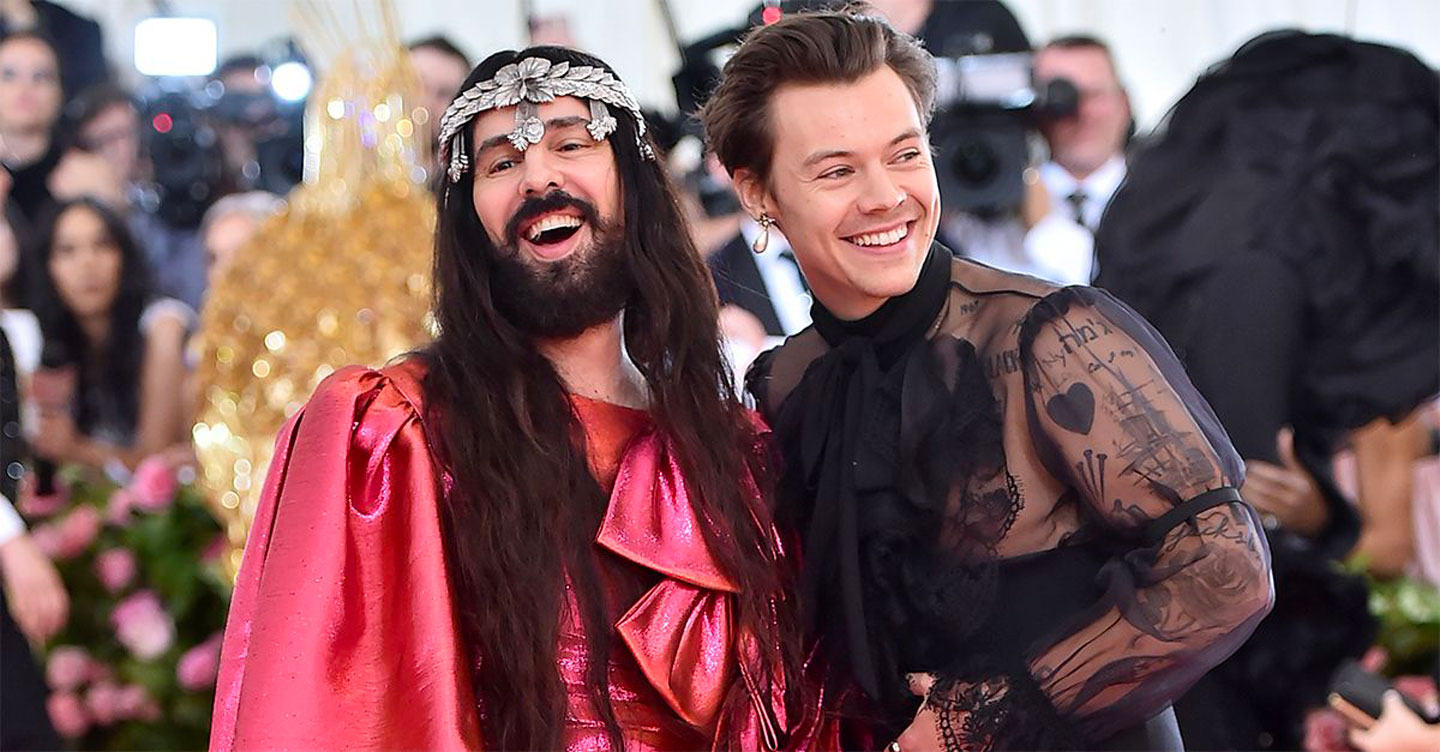 Alessandro Michele’s unique vision met the tastes of Jared Leto (who was even mistaken for a twin), Olivia Wilde, Billie Eilish, and his close friend Harry Styles. They saw a kindred spirit in him: “I have known Alessandro for years, and he’s always been one of my favourite people,” the former One Direction singer said in a statement. Michele cultivated a close bond in the group, and the Gucci testimonials seemed more like a friendship than a marketing tool. 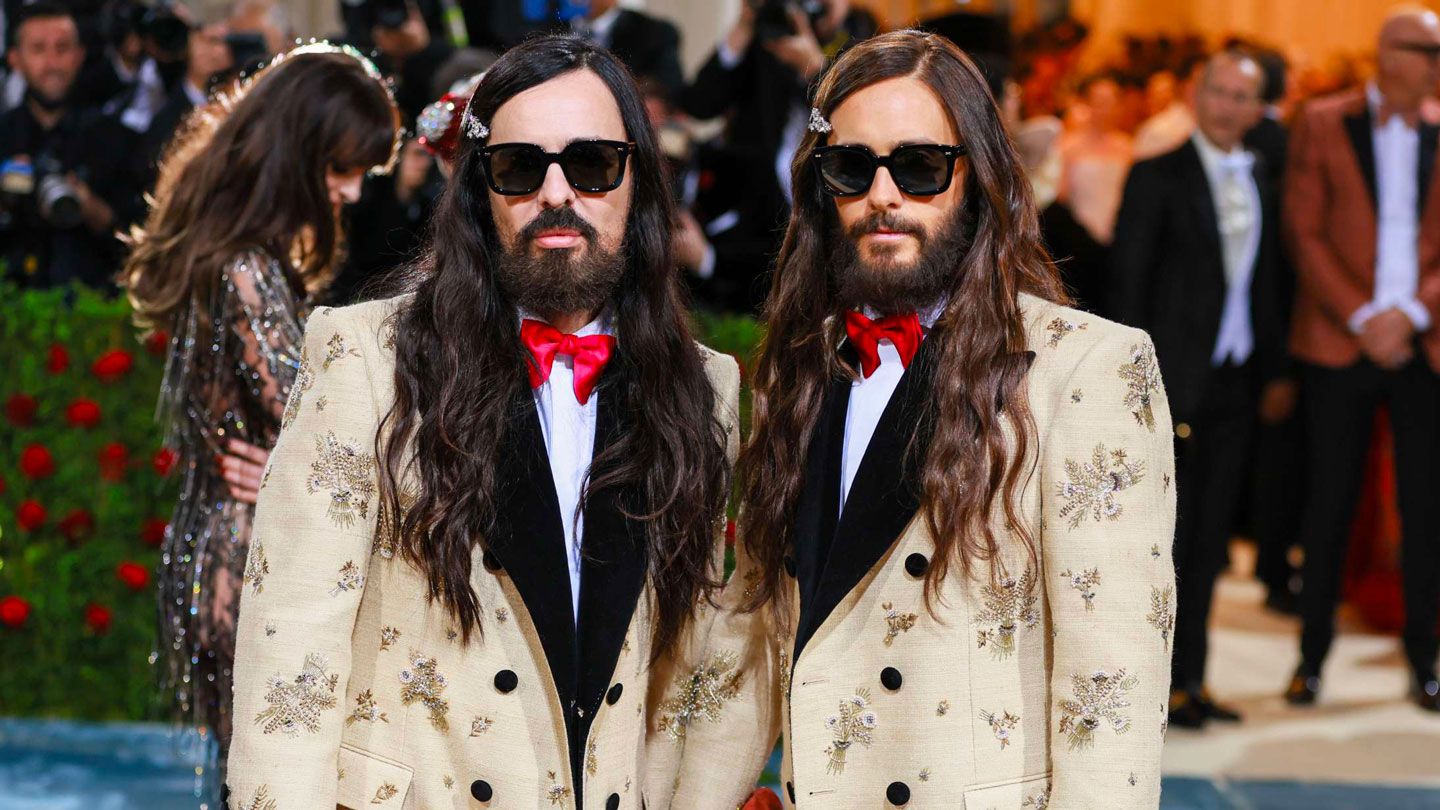 From Ridley Scott’s House of Gucci to the Gucci fashion house as home to collaborations: Alessandro Michele’s encounters and celebrations of friendship

He also had a knack for rule-breaking collaborations. The Fall 2021 Hacker Project coincided with the House’s 100th Anniversary with fellow group member Demna Gvasalia of Balenciaga. 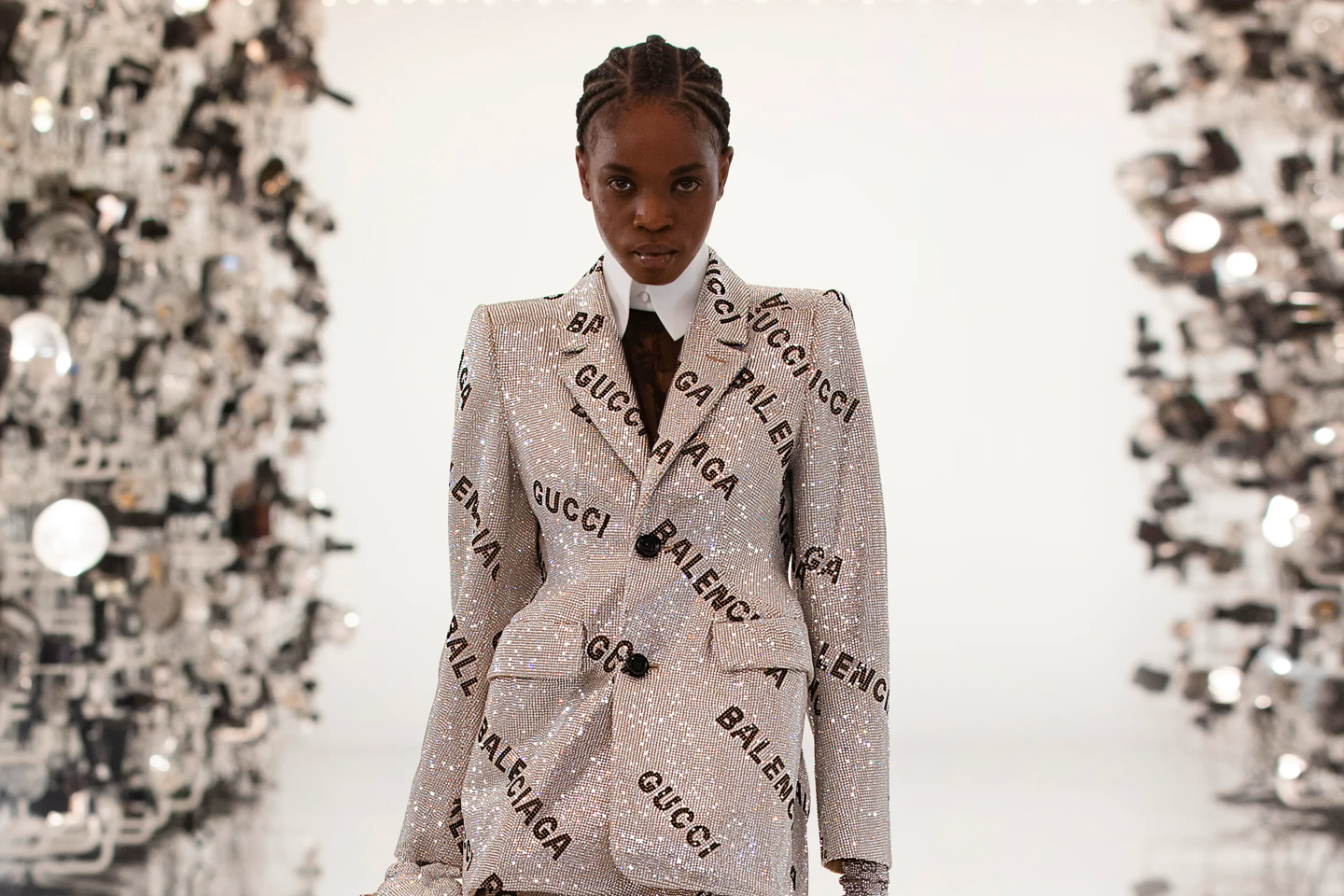 And during his contract, the company launched Vault, an experimental online space that explores vintage styles and handpicked brands and ventures into the metaverse. 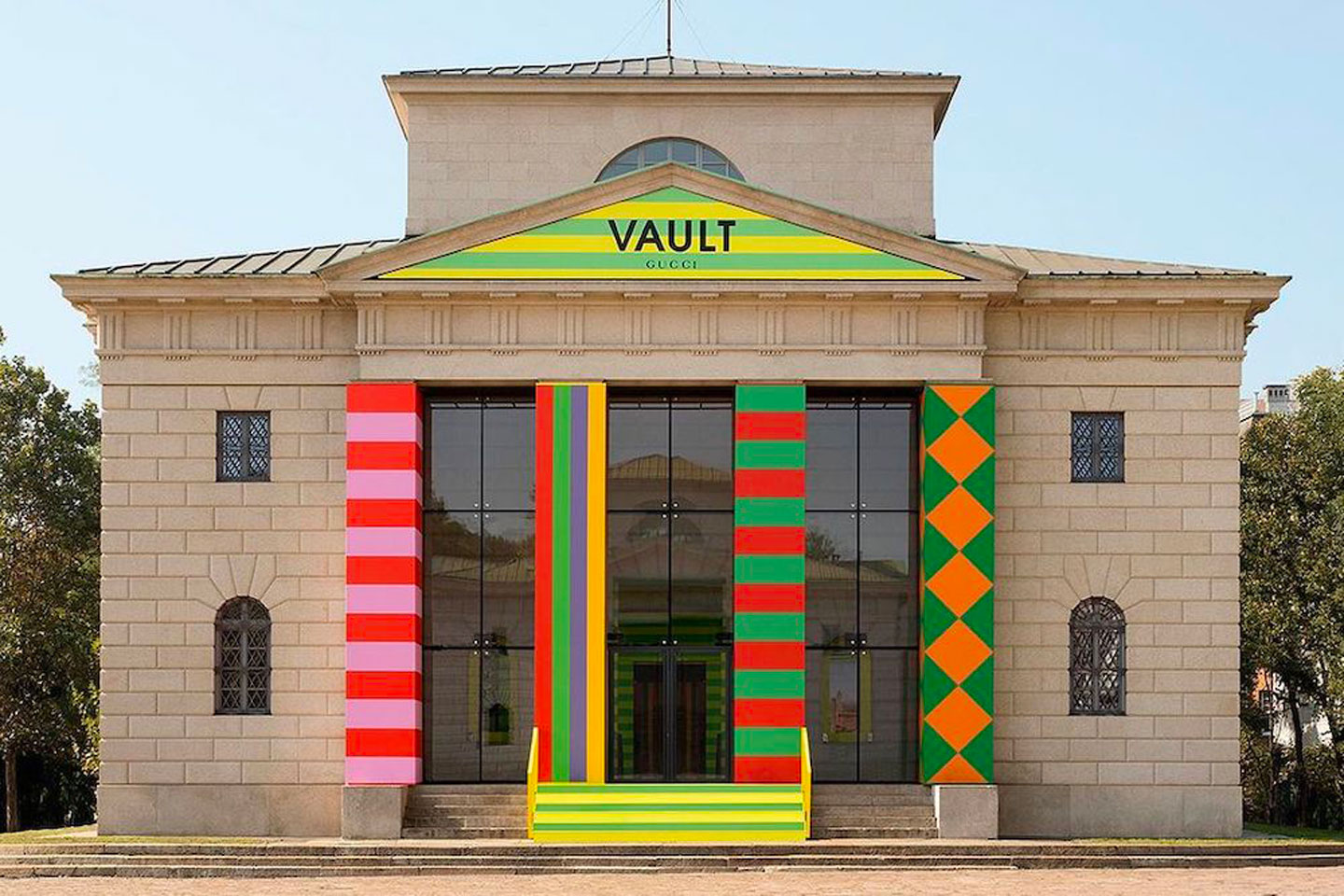 Under Michele’s leadership, Ridley Scott’s House of Gucci was released: although Tom Ford appeared on screen, it was, in many ways, Alessandro Michele’s film. His friend Jared Leto played the role of Paolo Gucci, and Lady Gaga, who starred in the movie, wore the red-carpet dresses he designed. Sara Gay Forden wrote her book twenty years earlier, but it was only after Gucci’s return to the public eye – under Michele – that the film was produced. 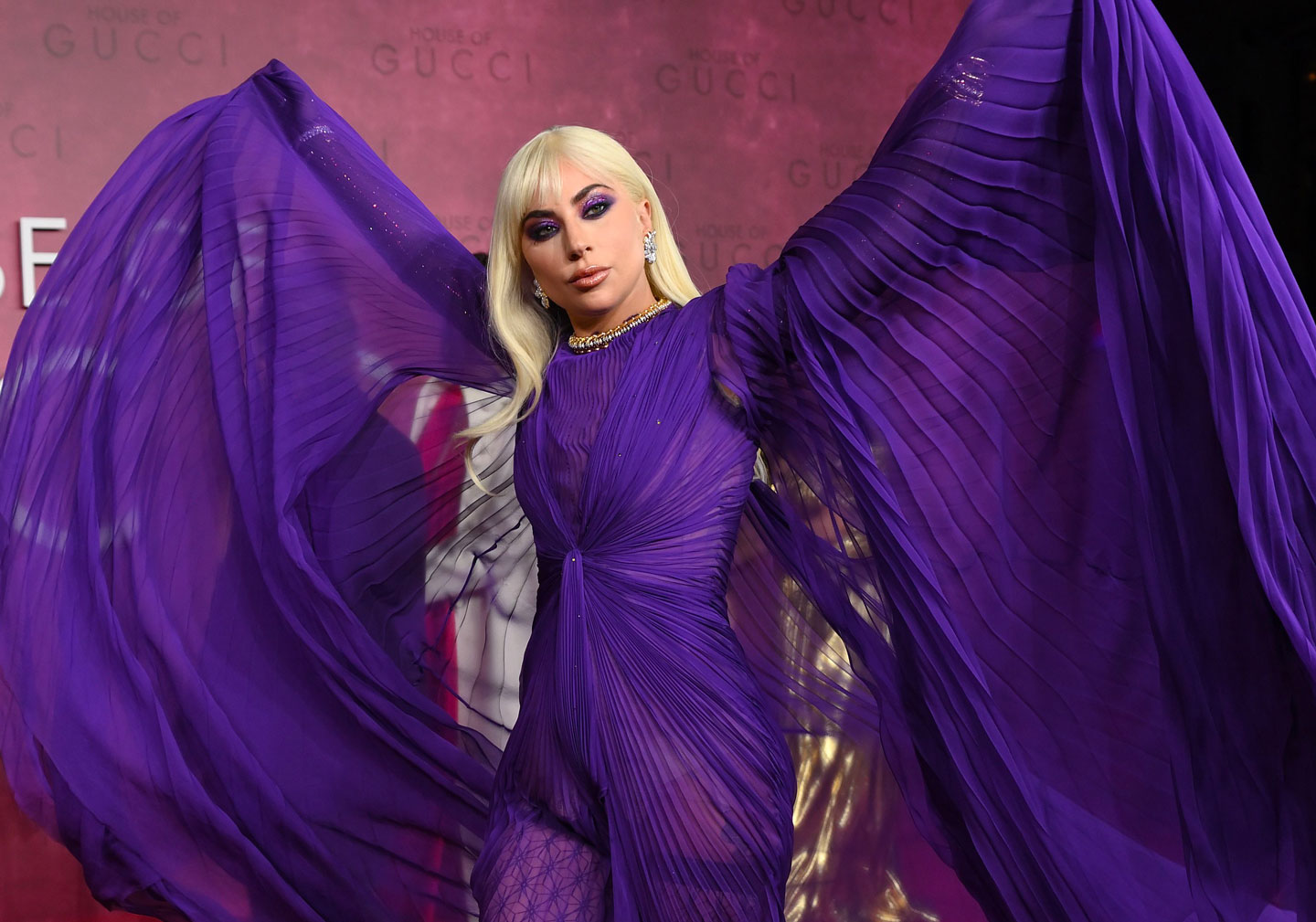 Ups and downs in Gucci’s revenue growth under Alessandro Michele: after a rapid expansion from 2015 to 2019, the brand took a hit during the coronavirus and since then has been growing far more slowly than mega-brand rivals

Unfortunately, even the brightest stars do not shine forever. After years of exceptional growth (35% for five consecutive quarters in the first quarter of 2018), Gucci’s sales have begun to decline. In the wake of the pandemic, parent company Kering’s shares have plummeted as the brand has slowed. 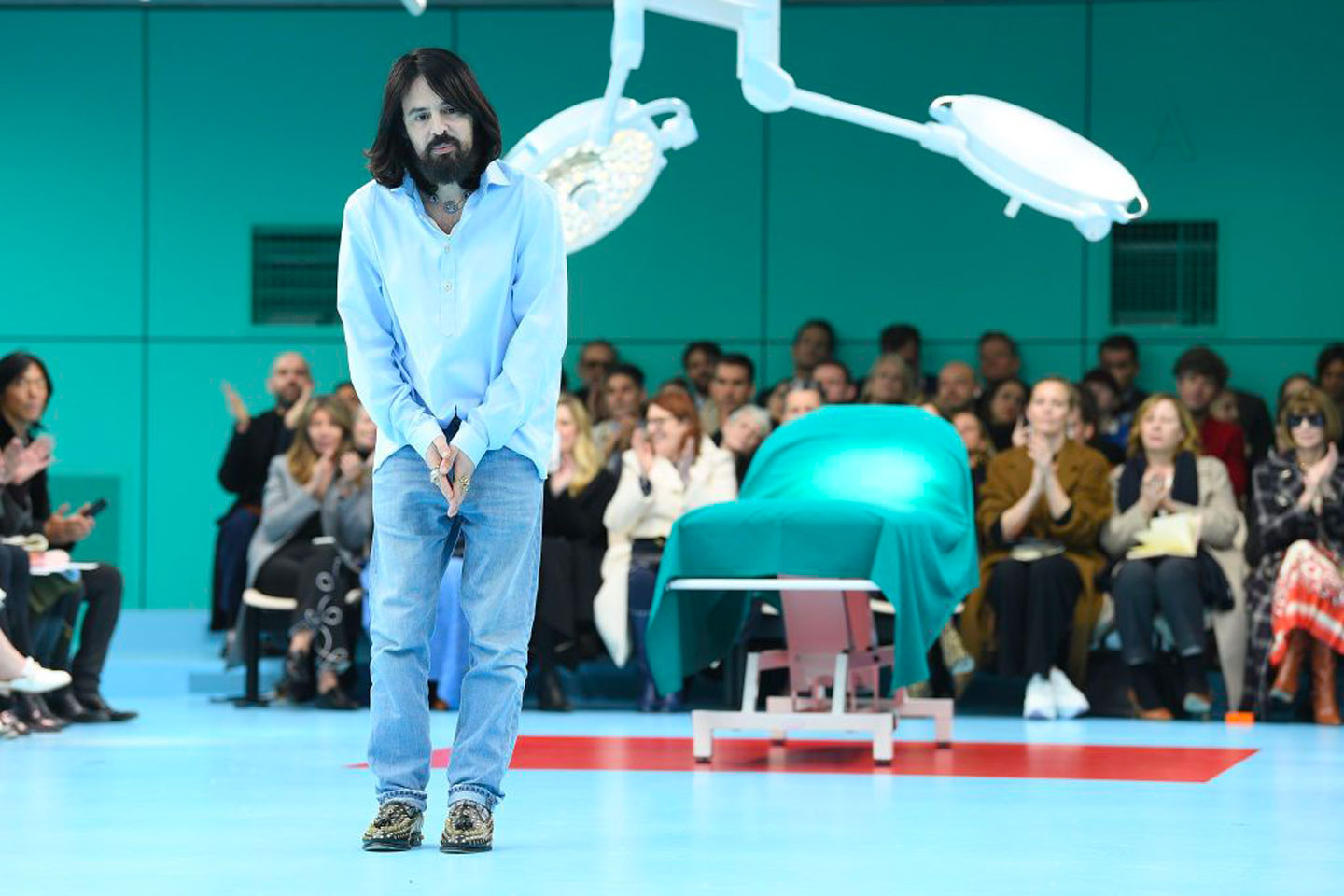 Last month, the French company reported that its cash cow Gucci continued to disappoint compared to the group’s other brands (Balenciaga and Bottega Veneta, to name a few). The Italian brand’s sales totalled 2.6 billion euros, up 9% on a comparable basis, slightly below analysts’ estimates, which had expected similar sales to rise 10% for the maker of Dionysus handbags and penny loafers. In comparison, organic sales at LVMH’s Fashion and Leather Goods division rose 22 % year-on-year in the third quarter. 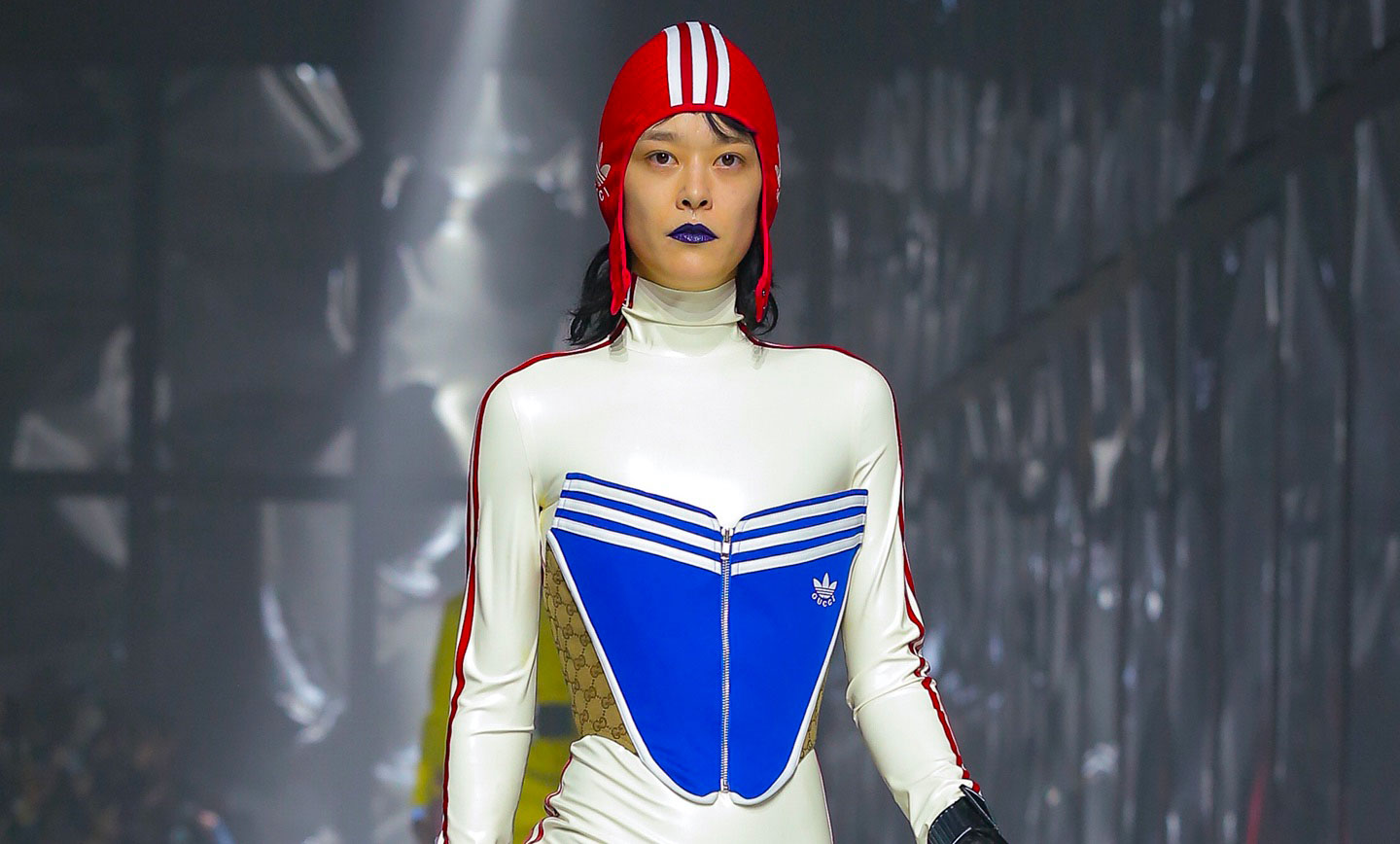 François-Henri Pinault’s group won’t admit it, but as Bernstein analyst Luca Solca wrote in a note to clients, “To re-accelerate, Gucci doesn’t need to go mainstream or become timeless. It needs to open a new creative chapter.” However, such direction shake-ups are actually a norm for Kering, a company always looking for a change of pace for brands, as it was with Daniel Lee at Bottega Veneta in November 2021.

Alessandro Michele’s sudden goodbye to Gucci proves that things are stirring in the luxury sector. Lots of rumours are flying around: what will happen in fashion?

Alessandro Michele’s departure follows rumours about who will be the next one. In September, Burberry announced that Mr Daniel Lee would become the company’s new creative director, replacing Riccardo Tisci. Lee, in turn, was replaced by rising star Matthieu Blazy at Bottega Veneta. 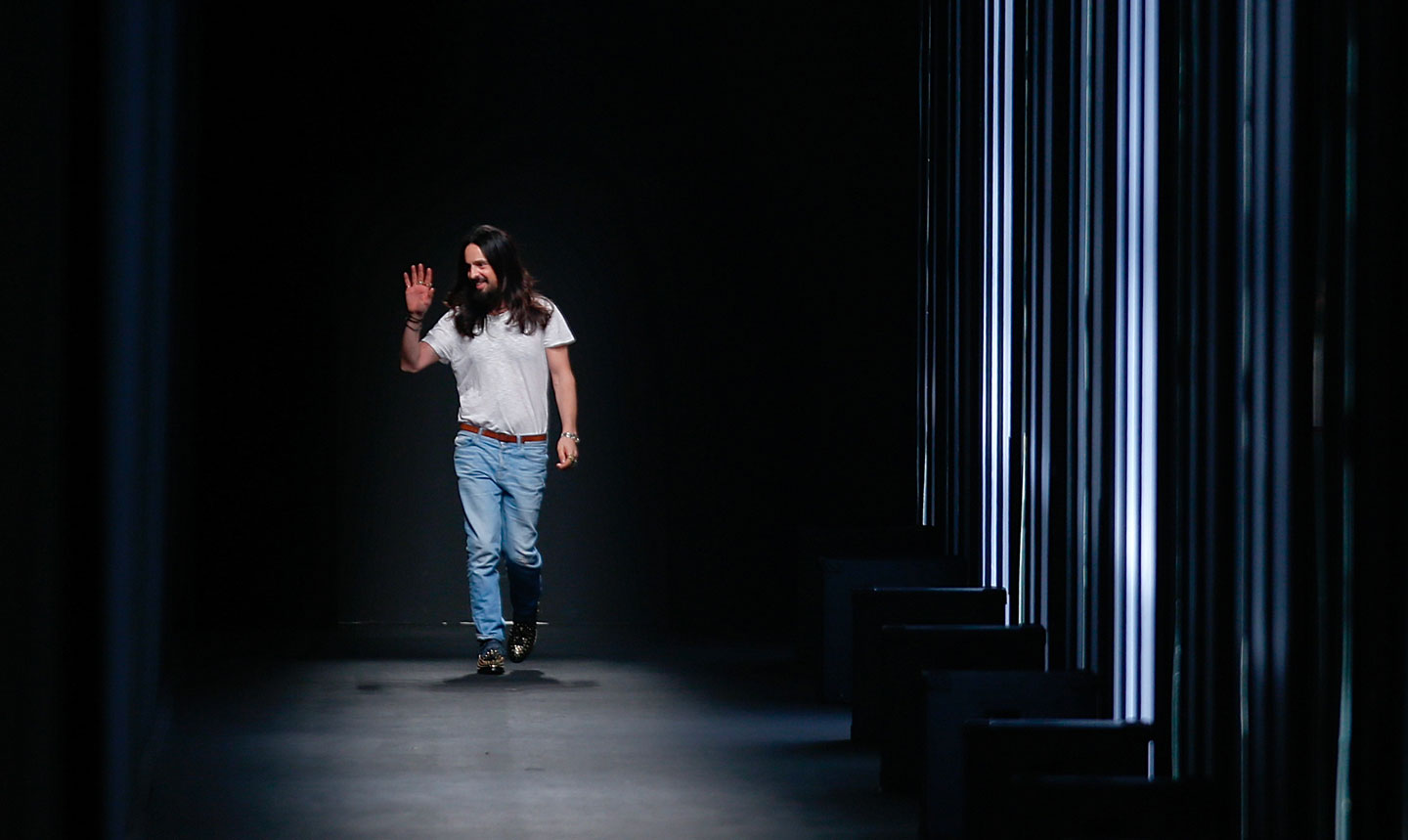 In addition, former Céline creative chief Phoebe Philo was supposed to return to fashion with an eponymous brand and a minority investment from LVMH. Still, her new line seems a little shy since she did not make a comeback during the 2022 seasons.

Now the focus will turn to what happens next at Gucci and whether Mr Bizzarri will also leave. The brand is expected to unveil its following menswear collection in Milan in January. Who will appear at the bow?