“I invited one of my investors over for dinner at my place; he was so shocked by the decoration that he couldn’t even speak. As he said, this is GCDS” – Giuliano Calza, founder and creative director of GCDS

Let us dig into a special tête-à-tête with the creative behind the GCDS brand, Italian fashion designer Giuliano Calza. A guest at the latest ‘In Conversation With’ event, Giuliano Calza not only guided Istituto Marangoni Milano students with an insight into what a creative and inspiring world is all about, but he has also set the example with the inclusivity and diversity of his designs.

Through these pages, we will walk the same steps as Giuliano as we hear all about his journey to success and how his actions were shaped by his fears, failures and how he overcame them.

Finally, after this article, we will also have a clearer view of how his personality has permeated the GCDS brand and how his life motto, “for Giuliano and by Giuliano,” has provided the public with some advice for when entering the competitive fashion industry. 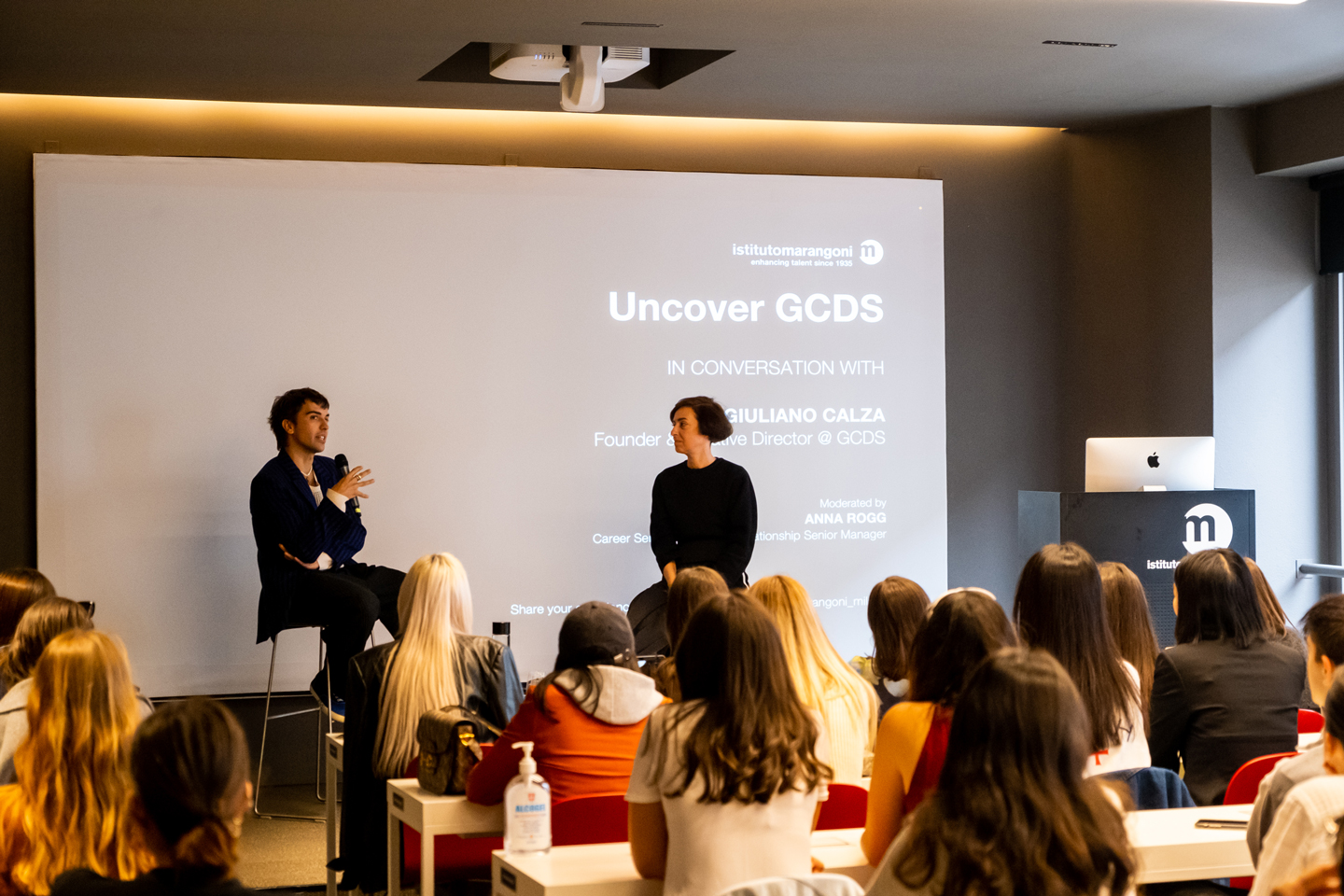 What is the best way to start a clothing brand? Here’s how Giuliano Calza broke into the fashion world

Born in 1988, Giuliano Calza trained and grew up in Naples. From an early age, he was absorbed by streetwear and its lifestyle, watching his brother play basketball in the streets and soaking up that street-style context. His only concern was the social stereotypes about how he should dress. He thought that “streetwear could not be used by a homosexual person,” as he told us. This internal conflict led Calza to challenge the stereotypes he grew up with and show the world that Italy is not all about its traditional luxury but also an international market for Made in Italy. 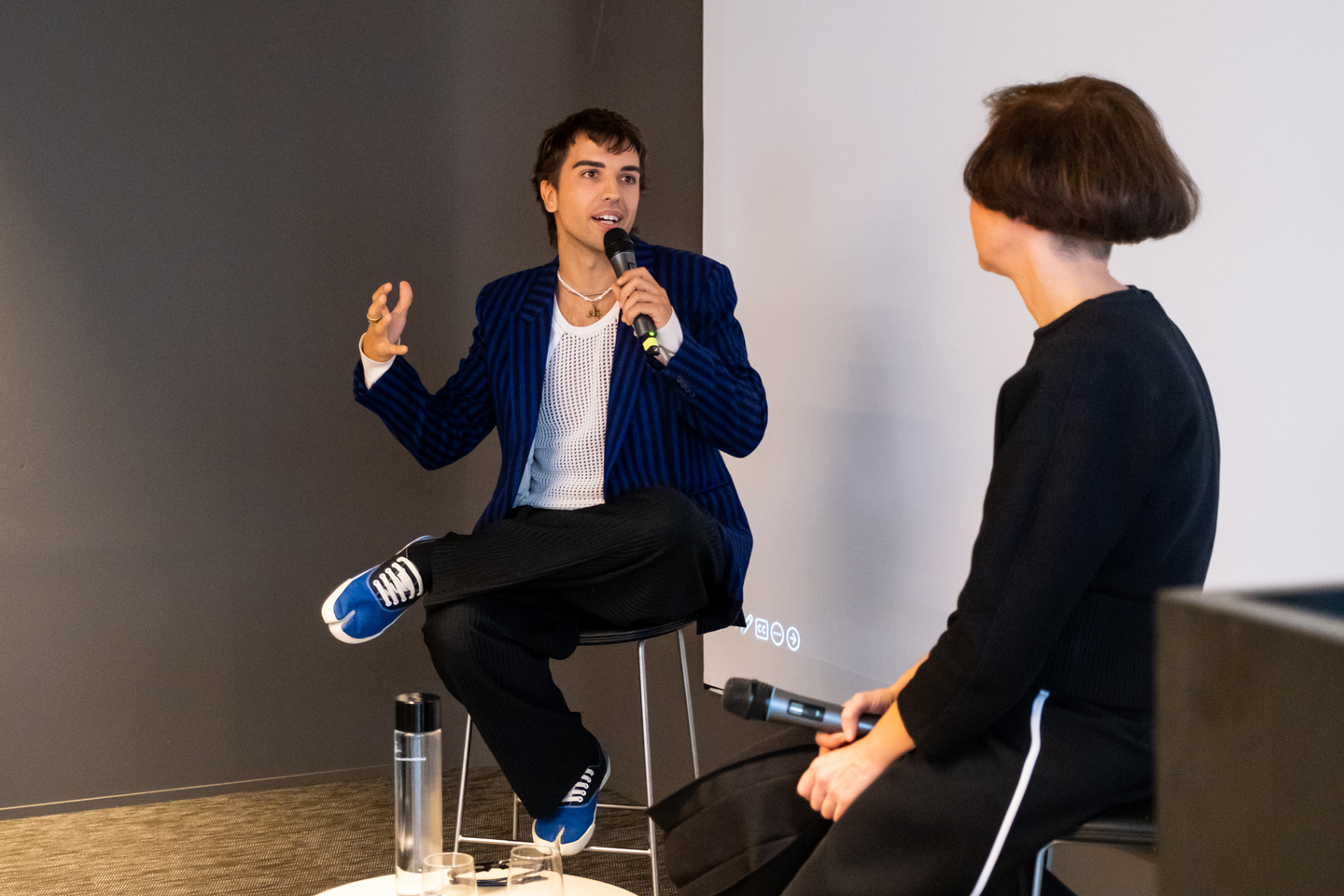 Initially, Giuliano Calza’s path focused more on Political Science since he took a master’s degree in Marketing and Communication. But he always knew that his passion would lead him to fashion. While studying, Calza took some fashion internships, such as one at Blumarine’s press office, where he developed his interest and ambition towards fashion design, which later led him to create GCDS. 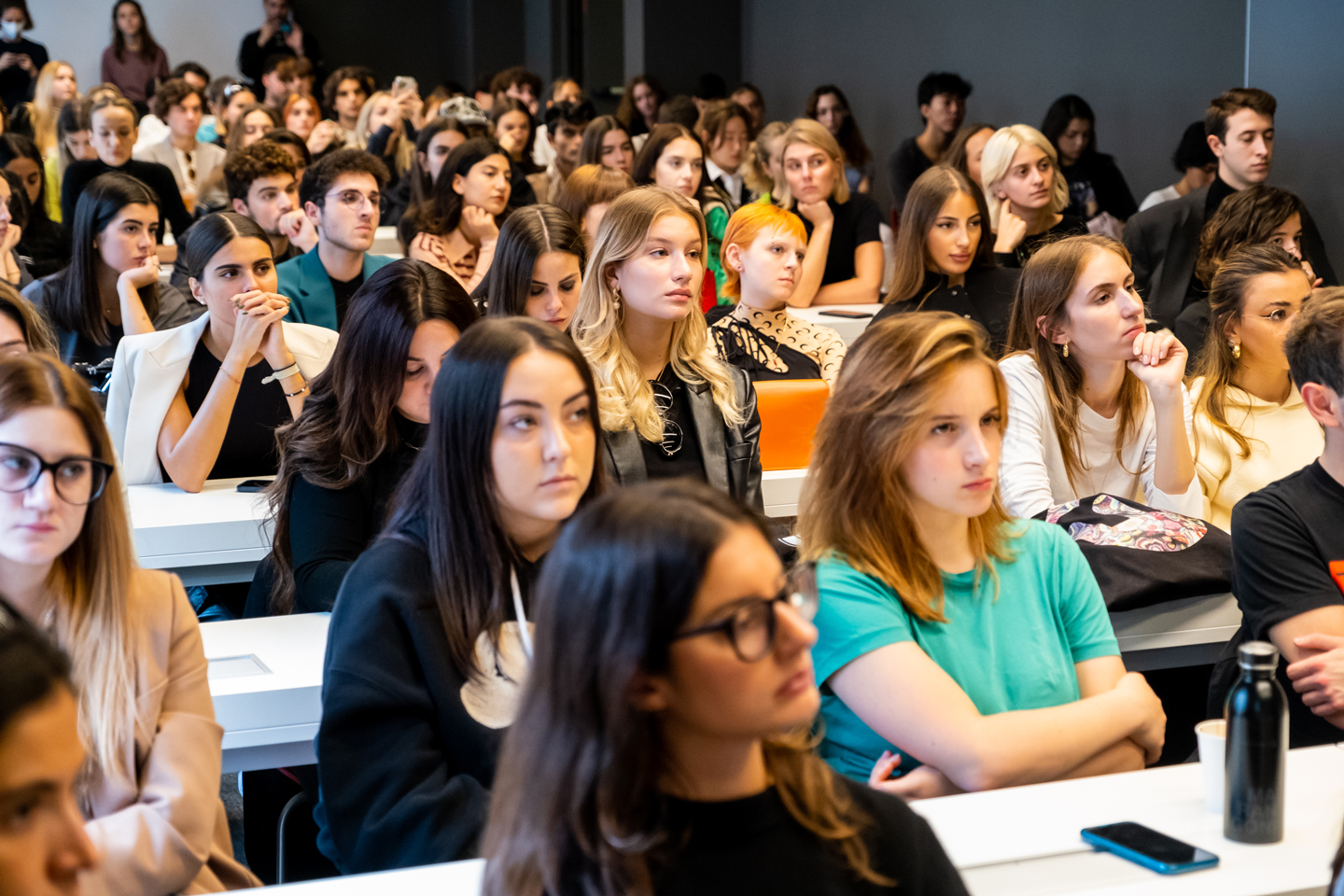 While living in China at 19, Calza saw the potential and inspiration in their freedom and artistic expression. A couple of years later, he returned to Italy with new awareness and launched his first online collection at GCDS with his brother Giordano Calza. The success was overwhelming: “This drop sold out in 24 hours,” he said. This goal helped Giuliano Calza turn his idea of an international Made in Italy brand into reality.

How does GCDS embrace today’s ideas of inclusivity and diversity?

“I have lived those values; no one had to teach them to me” – GCDS’ Giuliano Calza

The designer’s strong belief in diversity and its key role in shaping a new world guides him daily to reinforce and represent these values through his brand. Of course, Giuliano Calza understands other labels’ philosophies, which do not recognise these cultural ideas and stick to typical beauty and fashion stereotypes and respect them. 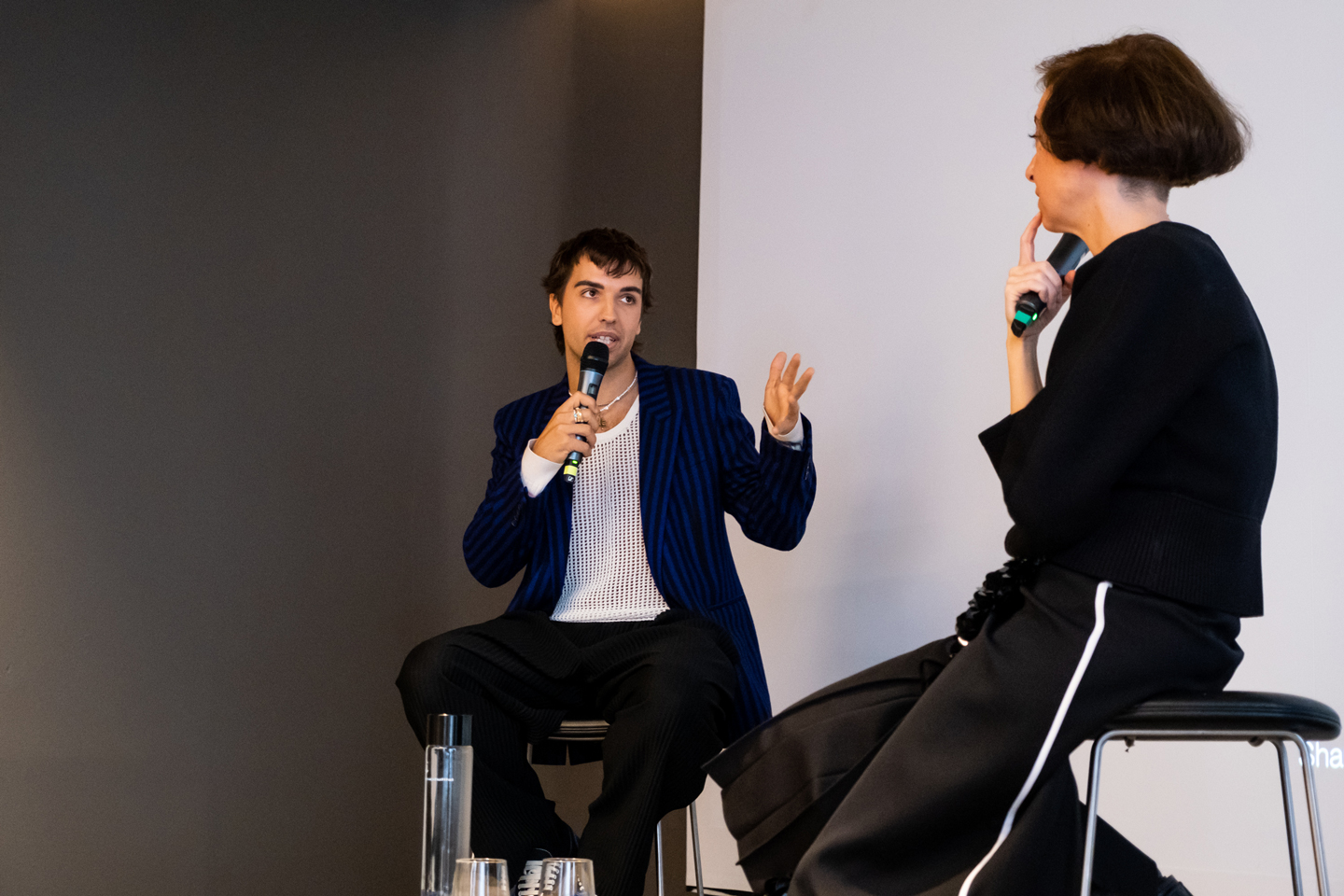 Whenever he creates a collection, he breaks with the idea of a single body type and designs his garments so that a wide range of different wearers can enjoy them despite their body shapes. All he wants to represent is the essence of diversity and respect, explored in his designs. “It is easy for a brand to fall into the basic frame, but in the end, those messages do not go deeper or further,” Giuliano Calza added.

Does Giuliano Calza remember the first celebrity who wore his creations?

Calza started to answer this question by talking about his “Imposter Syndrome” and how difficult it is to deal with other people’s opinions about your creativity even when you are doing well. But a moment in his life opened his eyes: it was when Kim Kardashian chose to wear a GCDS dress without him knowing and understanding this impact. 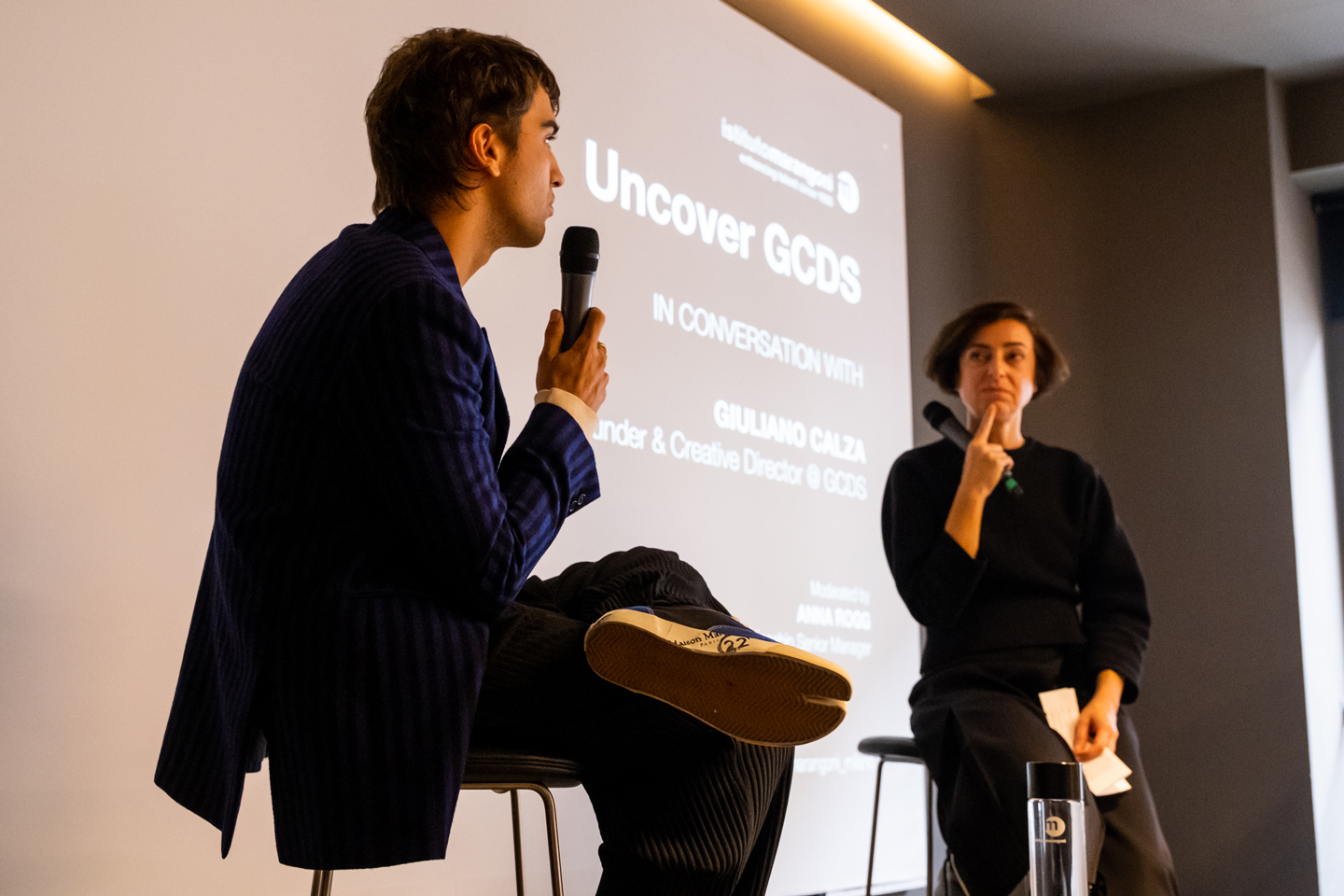 What are the failures and fears GCDS’ Giuliano Calza has faced during his creative and business journey?

“I’ve had several failures throughout my career, but I’ve never seen them as failing, but as a lack of experience,” – GCDS’ Giuliano Calza 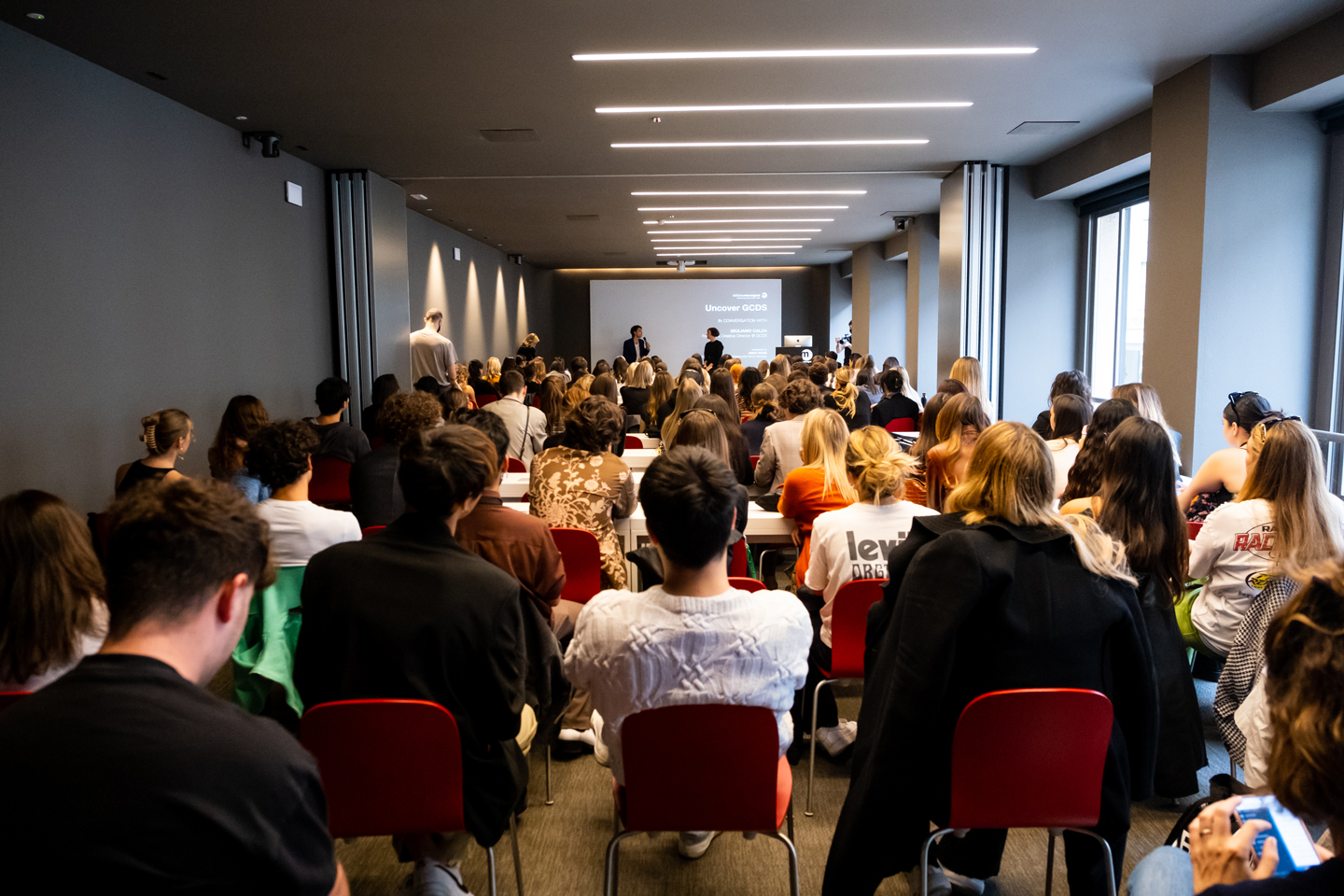 While in Shanghai, for one of the many jobs in his career, GCDS’ founder had to sleep in a room full of boxes to fulfil his commitment. He treasured that moment and all those experiences.

How can a designer’s personality be reflected in their brand?

Cheerfulness, inner work ethic and  Giuliano Calza’s personality played an essential role in his brand’s DNA. While explaining how he links cartoons to his designs (and how his greatest inspiration is the idea that these two worlds can merge into one), he told us: “My brand is what I reflect.” Stepping outside the fashion world, Calza compares himself to Ryan Murphy for his dark and humorous mood.

“My brand is what I reflect” – GCDS’ Giuliano Calza 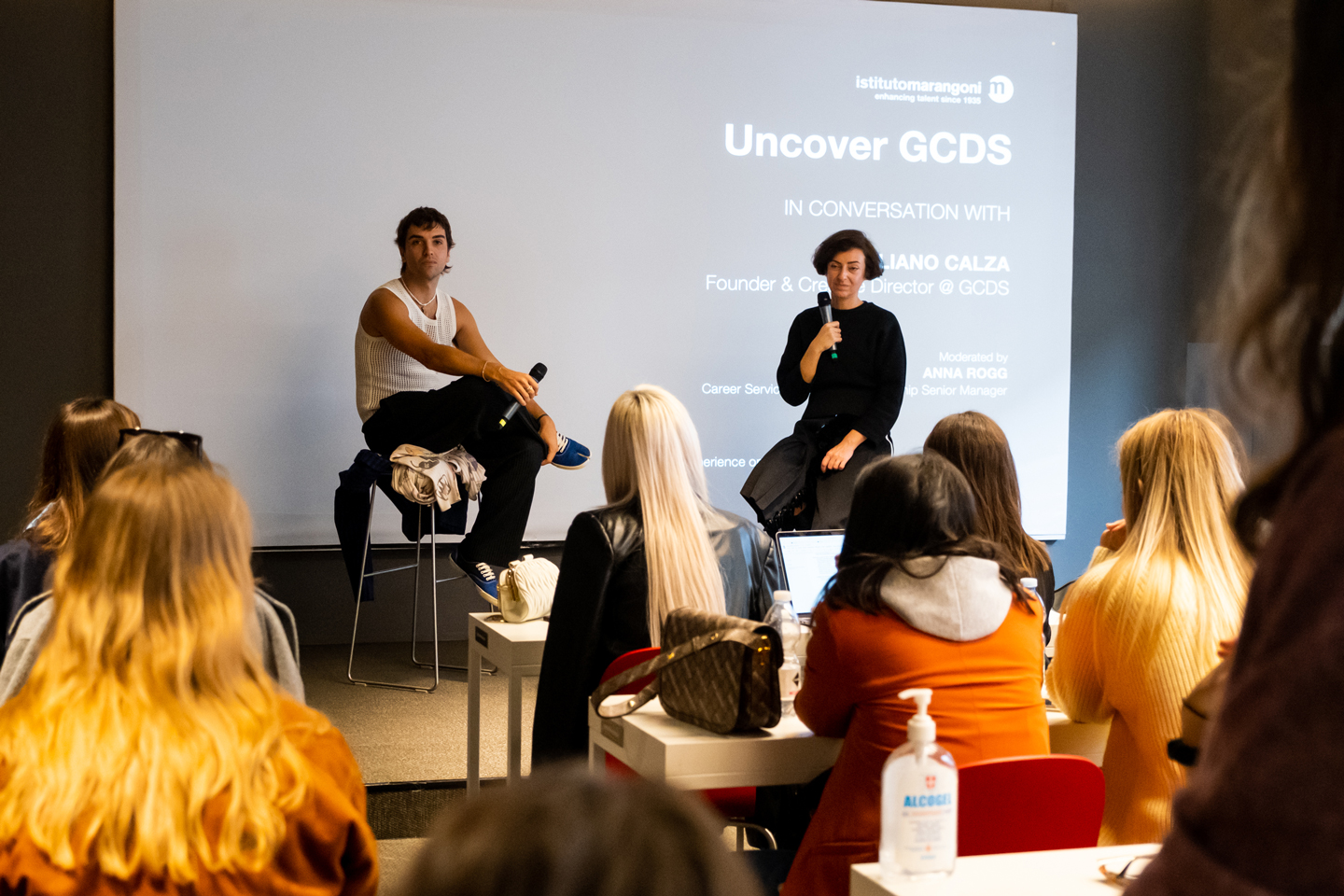 How does GCDS’ creative director deal with the stresses spreading in the fashion industry?

Giuliano Calza explained that having little attachment to one’s ideas is crucial. When an idea makes things too difficult to continue, it is better to get rid of that, have a change of scenery, catch inspiration and move on to new goals. The designer also discussed the value of self-pressure and how crucial it is to believe in one’s designs.

“As a creative, you do not need to be universally appreciated. If you are confident enough and enjoy what you do, someone else will like that too” – GCDS’ Giuliano Calza

When it comes to networking, he stressed how creating this even before going to university would be essential when reaching out to international consumers. “It is bad when a network turns into a fishnet. That is why it is better to create your own, just as I did,” the designer continued. 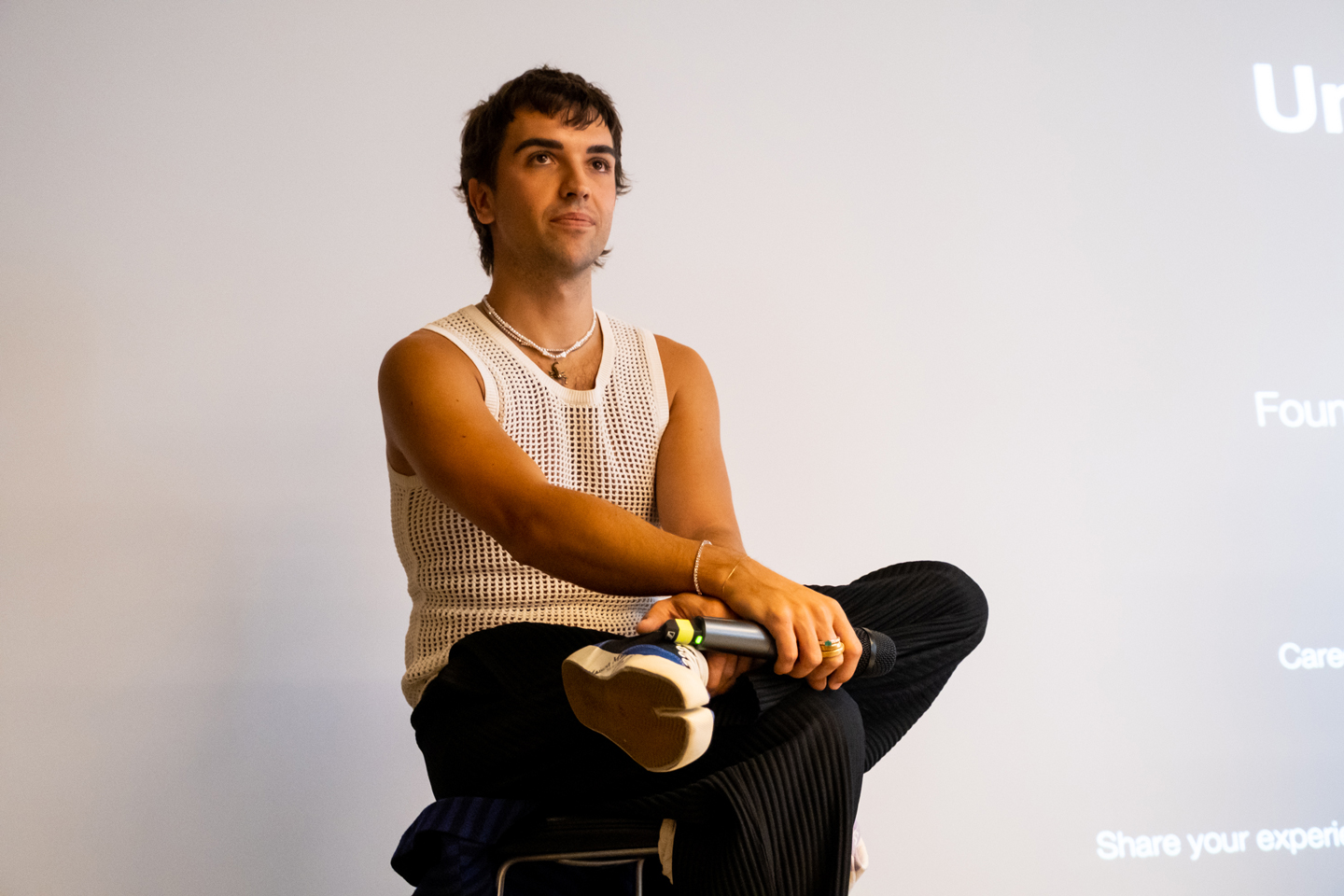 Where should emerging fashion designers head after college? GCDS’ founder has a bright vision of how to promote yourself as a creative

As the conversation with Giuliano Calza came to a close, he gave some good advice to students on gaining as much experience as possible in the fashion arena to understand better where they want to be in the near future. Calza advised the students not to stick to the famous “I will do this later.”

When his motivational speech was over, I had the opportunity to have a quick word with Giuliano Calza. Asked about his brand’s iconic pink, he replied:

“All my young life, I was told that baby blue was the colour I had to use. F* baby blue, I want to wear pink” – GCDS’ Giuliano Calza